In today’s world, the peacock is more admired than the chacalaca. The bold maneuver more than the quiet effort, the hare more than the tortoise, the eloquent loud speaker above the quiet toiler. We often celebrate what people have done but rarely what they did not do, which in some cases is more valuable. Our former boss (from back when the world was young), former U.S. Rep John Miller has written a book on the latter, about a mostly forgotten non-event in the U.S. revolutionary war when a group of officers appeared set on mutiny and wanted George Washington to lead them in marching on Congress. These officers felt the military could rule the country better than the civilian politicians. Old George resisted temptation to power, a temptation that most would succumb to. He quelled the mutiny and there was no march on Congress. John, in his excellent book, The Man Who Could be King, notes that though Washington did many great things (and John also details Washington’s flawed actions, including owning slaves), it is what he didn’t do that may have been his greatest achievement. We, too, have not done many great things, but alas on a different order than the father of our country. As we continue to not do great things, we update you on the India-China border dispute, detail China’s latest AI efforts and note which countries see fewer businesses quit. It’s this week’s International Need to Know, growing gray and blind in service of international news and data.

Two weeks ago we noted a border dispute between India and China in Donglang that included a somewhat comical skirmish between troops of the two countries. Not so funny is the idea of the world’s two most populous countries escalating the dispute into something larger and more dangerous. We said to keep an eye on it and we’re pleased to report that the two countries have stepped back from confrontation with China stopping construction of a controversial road and India disengaging its troops from Doklam (for those who have no idea where that is, as in our first story we display a now peaceful map below). Probably not coincidentally, this pulling back from the brink occurs a week before Prime Minister Modhi travels to China for a summit of the BRICS countries (Brazil, Russia, India, China & South Africa). As China’s political power continues to build, they will find themselves, like all emergent powers throughout history, involved in ever more complicated political waters. How they navigate those rapids will not only be interesting, but increasingly impactful for the rest of the world. 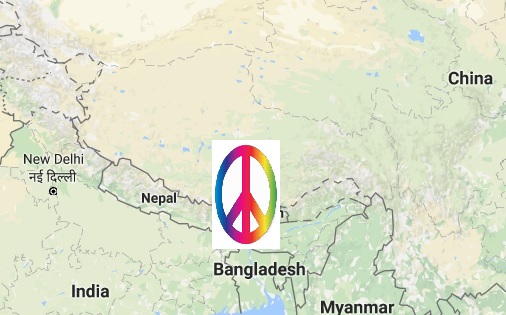 China continues to go big into artificial intelligence. Via Next Big Future we learn that Baidu, the largest search engine in China, and China Life, a state-owned life insurance company, are teaming up to create a US$1 billion investment fund focused on AI research. According to the South China Morning Post, “The fund will invest in unlisted companies Involved in artificial intelligence (AI) and internet finance.” At the same time all this is happening, China continues to try to restrict an outflow of capital. In the Post article, China Life notes “The capital control rules by the forex regulator would expect our overseas investment plan. We would have to invest in a manner compliant with the regulatory requirement.” China continues to be bold and ambitious in striving for success in cutting edge technologies. As with navigating challenging international political waters, it must accomplish this technology goal with interesting domestic regulatory and policy requirements. Chinese captains of industry (and government) must be very smart navigators indeed. In the meantime, progress in AI, as evidenced by the graph below, continues to accelerate. 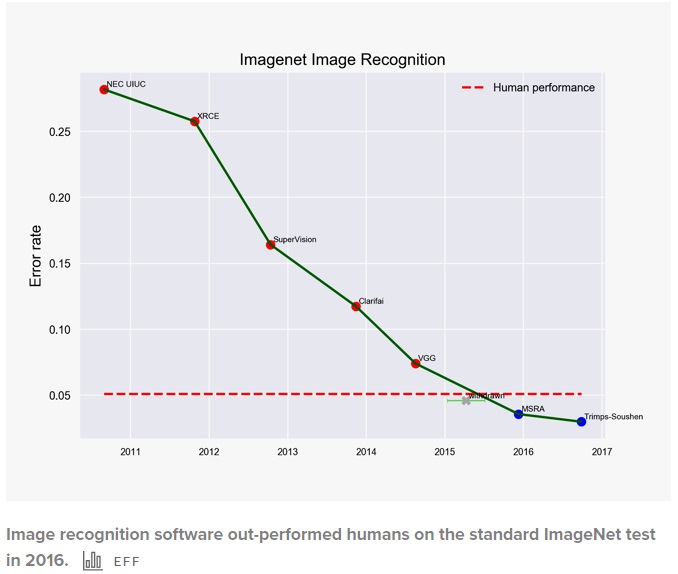 One of our big concerns about the U.S. is the trend of less entrepreneurship. For example, the rate of business startups are way down from previous decades. We have our theories why but since our beat is international let’s look at which countries internationally are seeing successful entrepreneurs. One metric is the rate of ending a business. A survey conducted by Global Entrepreneur Monitor finds that among developing countries (or as this study categorizes them, “factor driven” economies), India has the lowest rate of business exits, followed by Vietnam, Egypt and Iran. This, of course, is only one metric of entrepreneurship, but at least in the cases of India and Vietnam the data squares with our anecdotal experience. We also found Egyptians very entrepreneurial when we were there but that was more than 20 year ago. A number of the countries on the list below will likely elicit surprise, or at least did for us.