It is easy to be dazed, confused and appalled during these strange times. We confusedly dance with the heterogeneous data coming out of the Covid-19 pandemic like the Nicholas Brothers* searching for their tap shoes in Elmer Lake, Oklahoma.** Take one of a thousand examples we could offer, the list of the U.S. towns and cities with the highest Covid-19 death rates per 100,000 people. What do Bellingham, WA; NYC; Greeley, CO; Pittsfield, Massachusetts and the other towns have in common? No idea. It is easy to be appalled at the most incompetent wannabe dictator since Commodus. The U.S. President claims dictatorial powers on one hand and with the other one does nothing about testing, tracing or nearly anything else. It is easy to be dazed by the fact we may never be able to attend a baseball game this summer, nor a concert or any other large gathering. As we wonder, worry and lament all of these things, we turn to Haiti for hope (Editor: Good God, are we that doomed?!!!). The country that has suffered earthquakes, hurricanes, misrule, criminal abuse by the UN and much more, gives us salve. That’s because the Haitian musical collective Lakou Mizik teamed up with New Orleans’ legendary Preservation Hall Jazz Band to write a song that reminds the world of all the good of Haiti—flowers, rolled coconuts, avocados, cassava bread, and certainly its vibrant spirit. So if we can find beauty and hope there, surely we can team up like those wonderful Haitian and NOLA musicians to find and work for good in our world. While you pick up your instrument we notice what’s filling the world’s vacuum, examine the collapse of international trade and provide a mea culpa for a recent mistake. It’s this week’s International Need to Know, Creole for important international information and data. 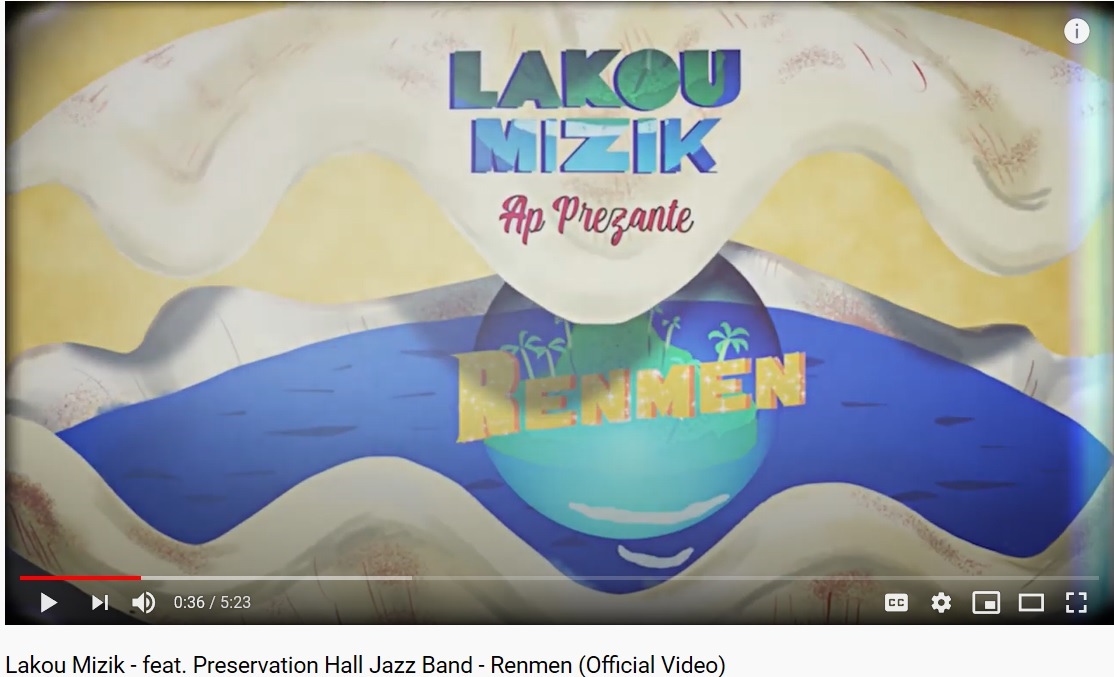 **The setting for Footloose

The other day I was cleaning up a mess with our upright vacuum and had to get down on the floor to pick up something wedged in a corner when the vacuum tipped over and hit me in the head. Which is all to say the world hates a vacuum, including of American leadership. That’s why some European countries and Canada are working to fill it. Or as the Global News puts it, “Canada has formally joined a German-French coalition aimed at saving the international world order from destruction by various world dictators…” Many countries are concerned at the abandonment of global leadership by the U.S. since Trump became president, and are not ready to hand over the keys to an authoritarian China. So, new alliances and institutions are being built, without the involvement of the U.S. Japan is also part of the nascent Germany-France-Canada effort. Japan has been busy in the last year creating new geopolitical partnerships. Last year, we told you of Japan’s creating an alliance with Vietnam. This is all good news. The world needs democracies to build new international structures even if the U.S. does not participate. The old world order is dead or just about. Long live the new world order…as long as its built by liberalized societies and not authoritarian ones. 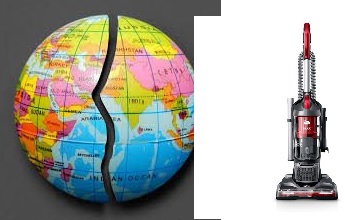 This image is dedicated to Charlie Mitchell

Many are heralding the end of globalization due to the Covid-19 pandemic. Morticians should hold off, it’s not even on a ventilator yet in our diagnosis. It’s true that global trade has been growing slower than GDP for a number of years but it was still growing until the pandemic. And, of course, globalization is more than trade in goods and services. It is also connectedness through the Internet, financial flows and immigration. The first two are flowing even more since the pandemic, the latter has been in retreat for a few years and is virtually at a stop currently due to pandemic-induced border controls. And now international trade is indeed crashing due to worldwide lockdowns crushing demand. The World Trade Organization (WTO) has created scenarios for how trade might drop in the coming months and year due to the pandemic. In an optimistic scenario, merchandise trade (things you can touch and feel like airplanes, cars, computers and swabs) would fall 13 percent year over year. The worst case scenario? WTO says “global merchandise trade will plummet by 32 percent relative to 2019. This includes a fall in merchandise exports from North America of 40.9 percent, from Asia of 36.2 percent and from Europe of 32.8 percent. Imports would drop by 33.8 percent to North America, 31.5 percent to Asia and 28.9 percent to Europe.” Ultimately the world progresses past the pandemic by cooperating, including through trade, but the short to mid term is scary indeed. 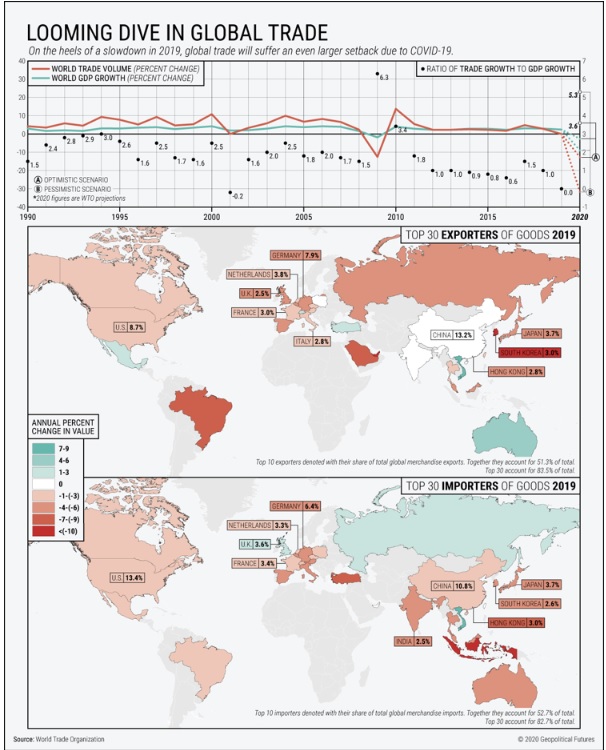 When we wrote on April 2 about a study in Nature Medicine we interpreted as saying the Covid-19 virus had possibly been spreading in humans for years and might not have originated in Wuhan, we noted “It is still early days in the study of this virus and the pandemic so take everything, including what I write, with a large grain of salt.” We regrettably must grab a rather large size salt shaker because thanks to our friend and doctor, Jim Roos, we have discovered we misinterpreted the Nature article. Jim explains to us that the Nature article authors “do NOT suggest the virus entered the human population and then spread within the human population for years or decades, gradually evolving until it caused human disease.” Instead the article suggests “a series of spillovers,” that Jim explains are “similar to MERS with its ‘short transmission chains’ that ultimately terminate.” Every time one of the “spillovers” occurs, there is a chance the virus will mutate and one of those mutations could “develop the key protein (the polybasic cleavage site) that seems to be necessary for human-to-human transmission.” So, Jim explained to us, “it’s not that the virus has been passing WITHIN the population but rather that it ‘kept trying to’.” Jim tried to make us feel better by pointing out it appears the NIH director similarly misinterpreted the article. Unfortunately, according to Trump Administration rules, this automatically makes us the new head of the NIH. We apologize to the country in advance for any errors we make in that position. One other point: I asked Jim whether the Nature authors’ theory suggest one way or another whether Covid-19 originated in the Wuhan area. He thinks it probably did originate there though he notes he is not a virologist, microbiologist or epidemiologist. You can read his reasoning below: 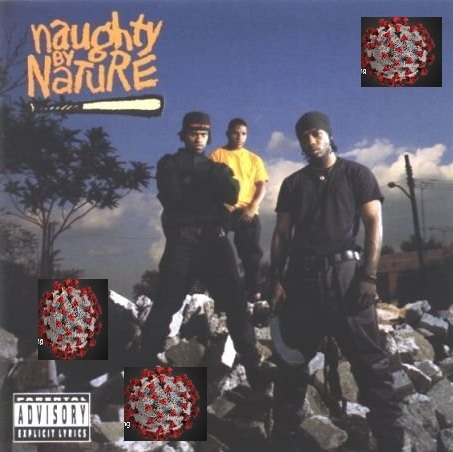 Jim Roos’ take on geographical origin of Covid-19: The paper does not address the issue of where the spillover event took place. However, I would say that it most likely did take place in Hubei province or nearby. However, it’s possible that it occurred elsewhere with infected people bringing it to Hubei but I would think there would’ve been a similar outbreak near the original location. My reasoning relies on the 2 characteristics of the “spike protein” discussed in the article (RBD, the “receptor binding domain”; and PCS, the “polybasic cleavage site”). The RBD is believed to be a key element of the infectiousness of the virus (i.e. it’s ability to cause infection in humans). Since a very similar RBD has been found in pangolins, the authors theorize that this was already present in the virus when it entered the human population. That is, it could cause an infection in those people who contracted it. But without the PCS, which has NOT been found in an animal host, sustained human-to-human transmission would NOT take place and an outbreak would not ensue. Now if the virus first mutated into its pathogenic form (i.e. had both characteristics) and THEN entered the population, the outbreak would happen in that area soon after since the virus was “ready-made.” If, however, the virus had ONLY the characteristic RBD when it entered humans, it then mutated within the population to form the PCS. HERE’S THE KEY (taken from the paper itself): “Once acquired, these adaptations would enable the pandemic to take off.” So as soon as the virus had PCS and was in the human population, the outbreak was inevitable. Now it’s possible that this mutation took place in a person who acquired the infection elsewhere and then moved to Wuhan, but I think this unlikely. And since before this occurred, sustained human-to-human transmission would not take place, I think the time between the spillover event and this mutation would’ve been a matter of weeks. Anyways, that’s my take. Now I am not a virologist or a microbiologist or even an epidemiologist, but I did see Contagion twice.