We have conflicted opinions about social media. We joined Twitter many years ago when we realized it was the best way to get the latest information on the Seattle Mariners. But we preferred the many great Mariners’ blogs that with the advent of social media have either disappeared or degraded in quality. We are on LinkedIn and have found it useful for business and promoting our book but it is not particularly fun—there is very little social in its media platform. We enjoyed Facebook in the early days when we caught up with old friends now living in far-flung places such as Tokyo, Barcelona and Kansas City, Missouri (the most exotic of the three), viewed photos of our friends’ families and watched videos of their dogs and cats’ antics. But then it became a cesspool of people expressing their political opinions, which we did not want to hear about unless over a beer or two, and maybe not even then.

And, now we receive word from our publisher that Facebook refused ads they tried to place on the release of our book because they deem it a “political” book. Facebook also refuses to publish ads about books about cocktails, we are informed. So, we can see an inane post about why vaccines are a government conspiracy and be stalked by plumbers’ ads ever since we remodeled our bathroom but an ad for Challenging China, which discusses one of the four most important issues in the world, or a book about how to make a Mai Tai, is banished like an insurrection-instigating former U.S president. We resent Facebook’s comparison. If this was the 18th Century, we’d challenge Mark Zuckerberg to a duel. Given it is the 21st Century, we believe current protocol is to get into a Twitter war with him. But instead, we provide a cure for globalization’s so-called fragility, list the most popular paid news sites, and reveal the most important story about China last week. It’s this week’s International Need to Know, smarter, more honest and decent than Facebook, and certainly more informative about international information and data.

Yesterday we spoke to the Transportation Club of Seattle* about many things, but one of those things was how people continue to wrongly say the pandemic has shown the fragility of globalization and global supply chains. Again, when one says global supply chains are fragile, you have to ask, compared to what?” As we showed a few weeks ago with the vaccine, the pandemic has illustrated the strength and importance of global supply chains. The development and production are all due to globalization. An excellent blog post by Afshin Molavi makes the further good point, which we also made in our presentation, that changes to the supply chain arising out of the pandemic are likely to be ones that increase globalization not decrease it, citing Shannon O’Neil’s piece in Foreign Affairs. “What’s needed is actually MORE global supply chains, not less. She argues that corporations should not be overly reliant on one country for a vital input. They should ensure they have access to that vital input from multiple countries in case of a breakdown. So, in a sense, go even more global.” Globalization is not bad, did not fail us in the pandemic and we’re likely to see more of it, not less, going forward, no matter what your favorite news site tells you. 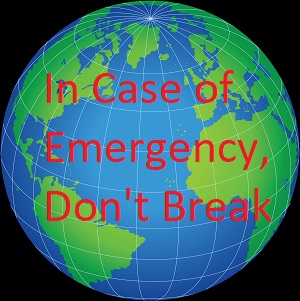 *One would think the reward for speaking at an organization called “The Transportation Club” would be a new car, truck or boat. Alas, no.

For many years, the internet was a bounty of free information. Increasingly, however, more and more news sites are behind paywalls. Advertising turned out not to be a sustaining source of revenue for these informational websites. So, which such news websites have the most paid subscribers? The New York Times is number one with 7.5 million paid subscribers, which is more than double second-place The Washington Post. Indeed, five of the top ten are American-based news websites. But there are some surprises in the list, at least surprising to us. The “news” website with the fourth-most number of paid subscribers is Game Informer, an information site about the video game industry. It, too, is based in America, headquartered in Minneapolis for some reason. Half of the top ten are outside the United States with the Financial Times fifth. There is one Chinese site, Caixin, which has the tenth-most number of paid subscribers. Caixin provides financial information on China. In fact, half of the top ten specialize in economic/financial information in one way or another. Paid subscriptions are relatively new on the internet. We expect ten years from now this list will be very different, geographically and subject-wise.

Our book, Challenging China, goes into some detail about China’s forthcoming aging demographic challenges. But the future may have arrived early. A Financial Times article early last week asserted that China might announce for the first time since The Great Leap Forward, that there were fewer people than the year before. China’s government two days later quickly refuted the article, but in doing so they did admit that the beginning of the great population drain from China will start in the next few years. And, even more important, China’s government did not refute the Financial Times claim that the fertility rate in China has fallen to 1.5 children per woman. The demographic projections we used in our book are based on United Nation’s projections using a fertility rate of 1.8. Under those projections, China’s demographics will be older than the United States in about 20 years. But with a lower birth rate, and depending on America’s birth rate and immigration policies, China could be much older than America by the 2040s, which is not that long from now. More important, a China shrinking faster and sooner than predicted will have profound implications in coming years for its economy, domestic politics, social life and geopolitical aims. Last week’s demographic story seems to me to be the most important China story of the week, at least in terms of mid to long term implications. 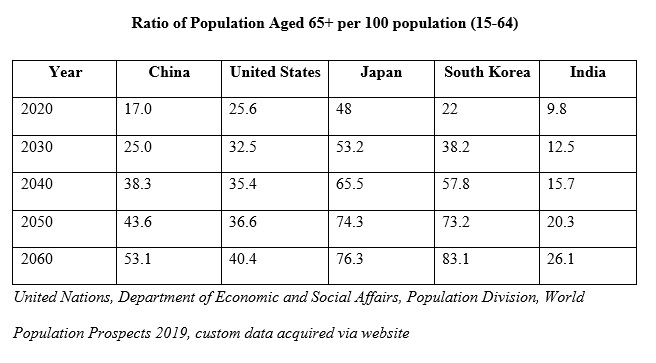