Earlier this week we spoke at a business event about the so-called Border Adjustment tax as well as about H1B visas. On the latter we noted that many analysts frame the issue as there not being enough talent domestically to fill certain high skill positions. This is certainly true (just as we are sure there are certain abuses in the H1B system–this is the nature of all such systems in this little world of ours). But, we also stressed it is important to recognize that companies are in a worldwide competition for talent. The best talent that is not allowed to work for Microsoft, Amazon or Google, will work for their competitors overseas. Think about our beloved Seattle Mariners baseball team without international players Felix Hernandez, Robinson Cano and Nelson Cruz…hold on a minute! The Mariners are horrible, bad, terrible even with this international talent!* As we search for a different sports analogy, we bring you news about which country is considered the world’s economic superpower, which countries tax labor the most and where millennials own houses. It’s this week’s International Need to Know, not giving up our plane seat as we fly into clouds of international information and data.

Who is the World’s Superpower?

If we utilized click bait to gain readership from Marvel Universe readers, that headline would have read, “What is the World’s Superpower?”  Fortunately we are not so sleazy in seeking eyeballs. But last week in asking whether China is dominant, we concluded: “..for now the world leadership vacuum is exactly that, a dark empty void, for good, bad or between.” This week, however, comes news that the world, when choosing between the U.S. and China, now sees the U.S. as the world’s economic superpower as you see in the chart below. According to a Pew survey, most countries now rank the U.S. higher than China for economic power. That’s very different than in 2012 when countries thought just the opposite, ranking China as the main economic superpower. But, today the world is looking through red-white and blue-colored glasses. “By contrast, in the most recent release of the survey, only three of 16 countries picked China over the US: France, Canada, and Australia.” Not sure why the French (and French Canadians and French Aus–, er, uh, Australians) have such a different view of economic power.  Regardless, in terms of leadership, there is still a void, perhaps even more so now since the country seen as the greatest economic power in the world is less so a political one. 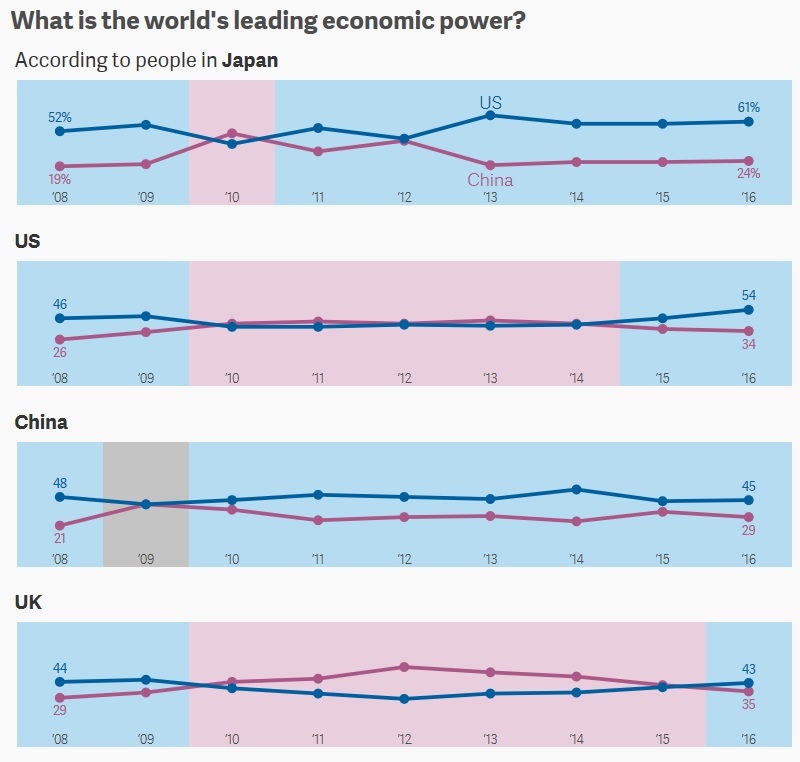 Most of our American readers are busy preparing to file income taxes next week, well, except for those in perpetual audit. But which countries have the highest tax rates on labor? Among Organization for Economic Cooperation and Development (OECD) countries, the answer is Belgium. The OECD measured “the level of personal income tax and social security contributions in each OECD country by calculating the ‘tax wedge’ – the total taxes on labour income paid by employees and employers, minus family benefits received, as a percentage of the labour costs of the employer.” Interestingly, this tax wedge for the average worker in OECD countries has been falling for a number of years and in 2016 the average fell to 36%. But, the OECD points out that although the OECD average tax wedge decreased slightly in 2016, it actually increased slightly in more countries (20) than it decreased in countries (14), with most of the increases and decreases driven by changes in personal income tax. So some countries have sizably cut their income taxes which lowers the overall average but the majority of countries are increasing their tax on labor. Keeping with the austerity program imposed there, Greece suffered the largest increase in these types of taxes. Regardless of the rate, how many Greeks actually pay their taxes is another matter. 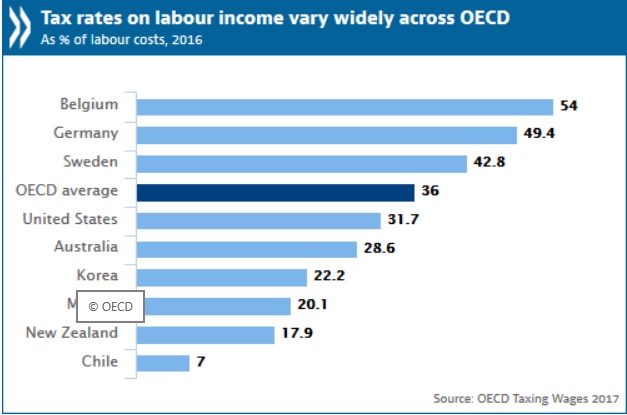 As millennials increasingly take their rightful place on the world stage, let’s examine where they are most successful, or at least are fulfilling their dream to own their own home. According to HSBC, China has the largest share of millennials who own a home. The percentage in China, 70%, is so high, that we doubt the validity of the HSBC survey. Nonetheless, the numbers provide an interesting comparison. Mexico comes in second which helps to explain the continued net negative immigration of Mexicans into the U.S–there is not as much economic incentive for Mexicans to come work in the United States. France and Malaysia are third and fourth in the number of millennials owning a home. What does the future portend for millennial ownership? Pay particular attention to the second graph below comparing house price growth and salary growth in these countries. In many places, salary increases are not keeping up with housing price increases. Does this mean ownership rates will decrease, salaries increase, personal debt rise or some other factors change? As we go pay our latest mortgage bill, we await the answer. 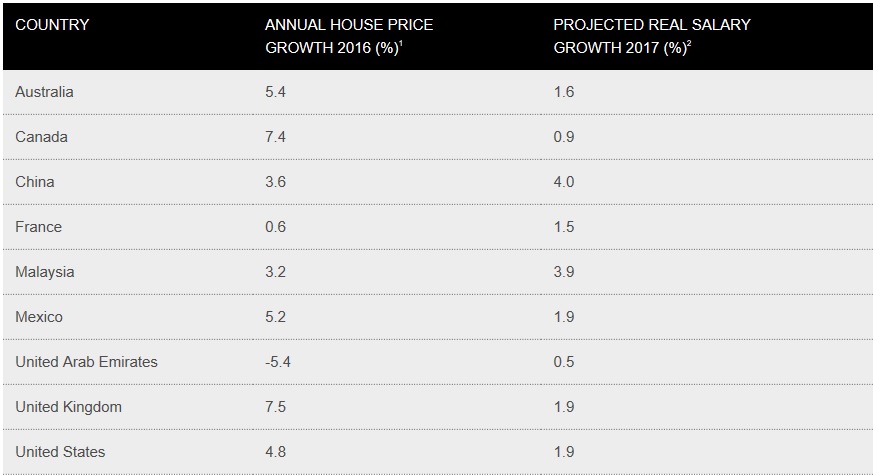 Deep Dive into China Plus Changes in World Population IMF Explanations of Declining Labor, Are We Wrong about Chinese GDP, Where the...
Scroll to top