One of my first adult jobs was working for U.S. Representative John Miller. Even then I knew I was working for a special man, but as the years passed and political fashions changed to the loud, extreme and shallow, it became even more clear how special was the moral and intellectual clarity John brought to serving Americans, and really humans around the world, in what is sometimes called the people’s house. John was an early supporter of gay rights, played a role in the passage of the Japanese-American reparations bill, and worked for human rights around the world, often at great political risk to himself. He was fiscally conservative, a great environmentalist and as a local politician helped save the Pike Place Market. But it’s not his policy positions that distinguished him–fair minded people can disagree on what the best policy prescriptions are and even the best proposals contain trade-offs and unintended consequences. No, what set John apart was his integrity, diligence and willingness to change his positions in light of new information. I can remember many a discussion with John and his other advisors of what to do on an issue, a conversation full of facts, as well as philosophical discussions on how to balance different ideas and interests. He truly wanted to do what was best for America, the world and his constituents. During one reelection campaign, researchers discovered salacious material about his opponent. John refused to use it. He wanted the campaign to be about the issues, not his opponent’s personal life. Later, after leaving Congress, John became the US Ambassador-at-Large to combat human trafficking. He fought tirelessly to advance human rights around the world and arguably no one is more responsible for raising awareness of the sex slavery trafficking issue than John. David Simon’s new show, The Deuce, whether it knows it or not, is partly informed by John’s work. In his last public act, John wrote and published a novel about George Washington, celebrating our first president’s resistance to the corruption of power. At a perilous time when we need more leaders like John, the world has one fewer. John Ripin Miller died yesterday at age 79. RIP.

In a week of tragedy and death, perhaps it’s time for a ray of economic sunshine. In the chart below you’ll see, courtesy of the Long View, that “every single manufacturing measure in the world is in growth territory.” This is taken from the Global Purchasing Managers Index which measures manufacturing activity of economies. Anything above 50 portends growth. And as you see, every single country, like customers at Applebees, is above that magic 50 line. Developed markets, at 54.2, are doing even better than emerging markets, who are at 51.7. But right now the entire world is in a synchronized march upwards. The Euro area is looking particularly strong as it recovers from a long slog of economic doldrums. Even Greece is showing signs of life. Now the worry is what goes up will eventually go down and it could be a synchronized swan dive as well, but for now, the world economy is a hopeful place to avert one’s gaze from the rest of the craziness. 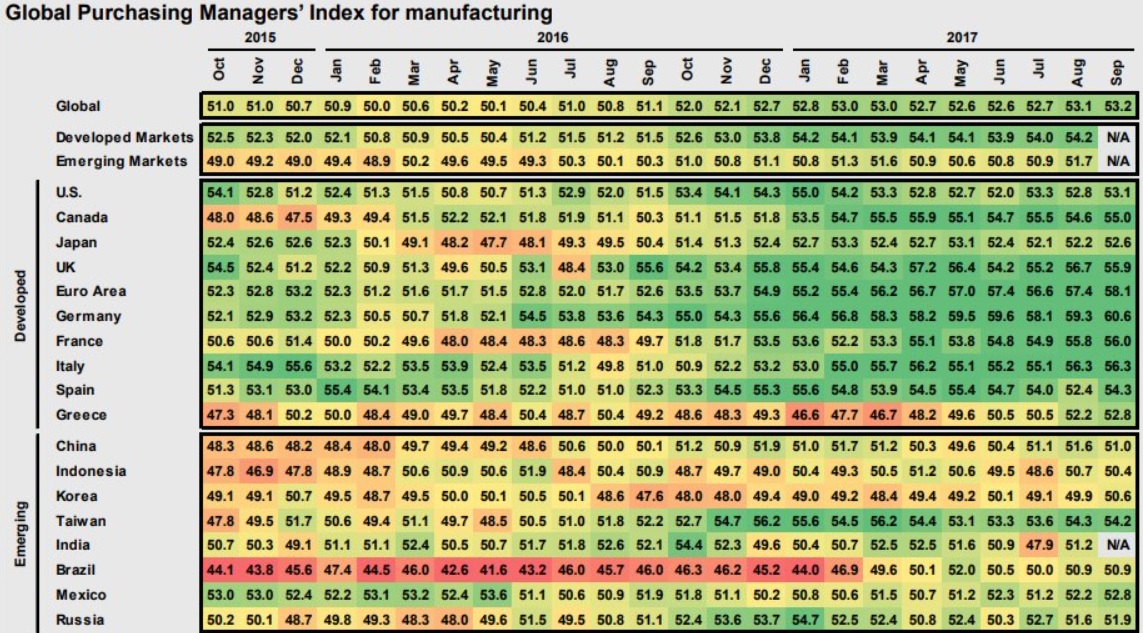 Last week in analyzing China’s rural-urban divide, we noted that the education deficit in China poses a challenge to the country making the leap from middle income to high income status.* Over the last 70 years, 15 countries have made the leap to high income status. As Stanford’s Scott Rozelle points out, every single one of these fortunate fifteen had “three quarters or more of the working population completing high school while the country was still in the middle-income bracket.” But if, as we worried about last week, 400 million Chinese will be “cognitively handicapped,” that three-quarters figure will be difficult to obtain and breaking the high income status threshold difficult to achieve. As Rozelle says, “in the 79 current middle-income countries, only a third or less of the workforce has finished high school. And China is at the bottom of the pack.” But, as we also noted last week, China is well aware of the challenge and working to meet it. Whether China meets the challenge has huge ramifications not just for their country, but for the world economy as we’ll detail next week (we’re becoming like a serialized TV show all of a sudden–but we promise a better ending than Lost).

*The World Bank divides countries into low income, middle income and high income based on gross national income per capita, adjusted for inflation over time. 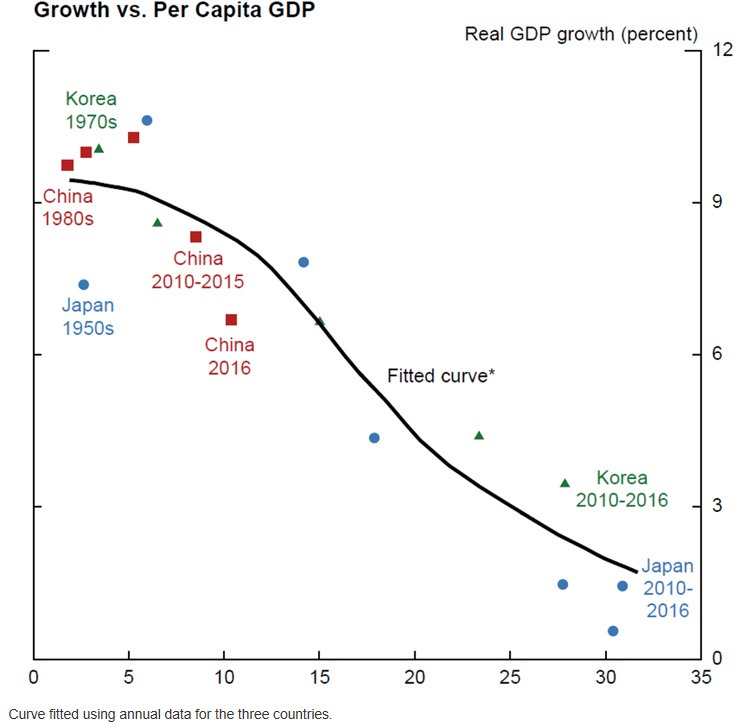 In our spare time, we’ve been fixing up a hobby house structure in our backyard. We have built a wall, installed a window and soon will be installing a floor. As of yet, we still have all ten of our fingers, but we are willing to risk limbs because the price we can get for renting the humble structure are high. Here in Seattle, worldwide headquarters of INTN, housing has become increasingly expensive. Many blame rising housing costs on Amazon’s explosive growth, and certainly nearly 30,000 new employees are going to have an effect. But compared to other world cities, Seattle is a piker (a Pike Place piker). In fact, even the most expensive U.S. cities are cheap compared to the leading world cities. As you see in the chart below, Hong Kong has the highest price to income ratio in the world, followed by Beijing, Shanghai and London. There are more rich people in the world today and they are more widely dispersed throughout the world. The wealthy are driving up prices both in their home towns, but also in cities where they want to live. This is more evidence for our theory that cities are becoming far less interesting. Creativity and new things come from the muck, which increasingly will be outside of the big, shiny, everything looks the same blandness of today’s Ikea-like cities. 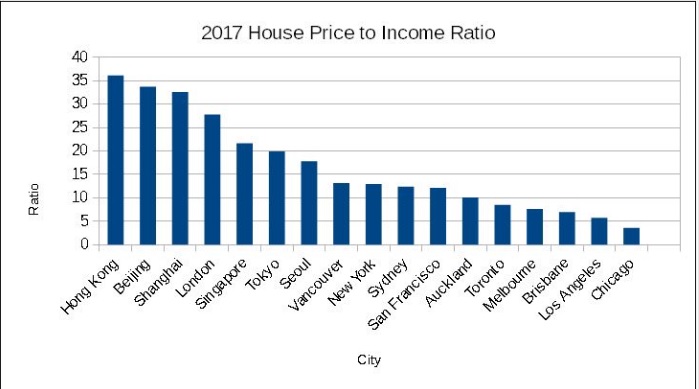