This week we present one of our periodic China editions–three stories focusing on that wonderful, ever changing, fantastically complicated, increasingly important giant of a country. But before we dive into China, we pause to admire the ever fascinating Japan. We’ve noted more than once that Japan has perhaps the most unique culture in the world which we both admire and at the same time recognize can be troublesome. But today we are in the marveling camp catching up on the recent Japanese foil polishing craze. It turns out a Japanese jeweler took a balled up piece of foil—yes the material you use to wrap up leftovers, barbecue corn on the cob, and if of a certain odd bent, use to make hats—and spent an inordinate amount of time polishing the foil to transform it into the shining ball of perfection you see in the before and after photos below. Apparently this led to innumerable Japanese also spending inordinate amounts of time doing the same thing and posting their photos to social media. We need to make this craze take off in Russia, a far better use of their time on social media platforms than what they are currently doing. As we hire Ukrainian programmers to make it happen, we examine the EU and China, analyze China’s fixation on security and enjoy their playfulness with data. It’s this week’s International Need to Know, wishing we were at the opening weekend of Jazz Fest even as we serve beignets of international information and data. 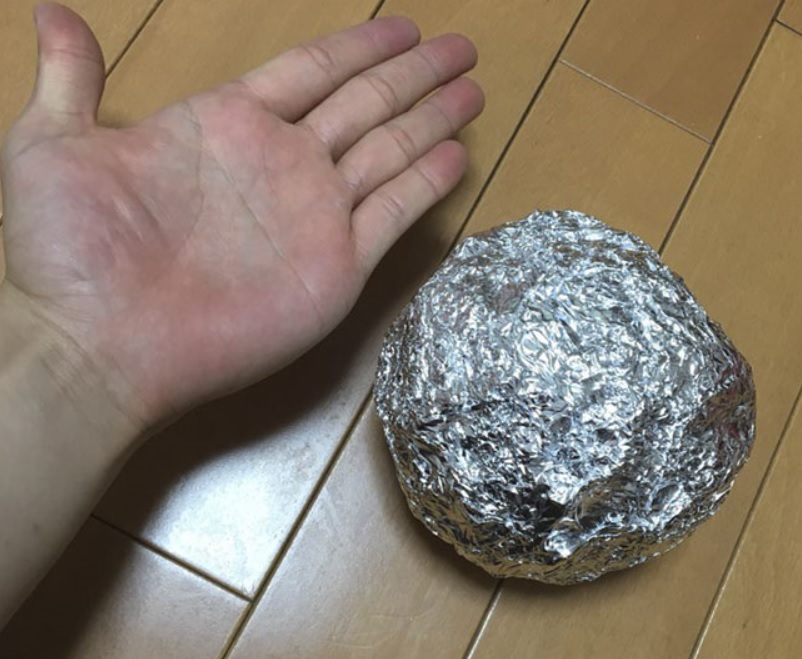 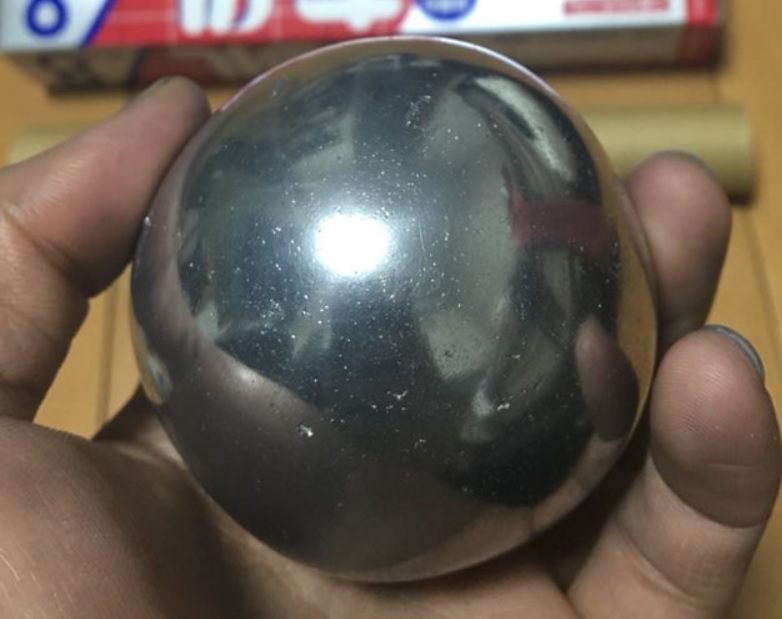 Here in America people concentrate on U.S. disagreements with China and the tariff tit for tat. But the EU has its own concerns with China and not enough attention has been focused on those issues, including a recent report signed by 27 of 28 EU Ambassadors to China criticizing China’s One Belt One Road Initiative (guesses anyone on the lone EU holdout? Hungary, which perhaps not coincidentally has recently fallen out of bed with democracy). The report signed by the Ambassadors states the China initiative “runs counter to the EU agenda for liberalizing trade and pushes the balance of power in favor of subsidized Chinese companies.” Remember that One Belt One Road is China’s ambitious initiative to build up infrastructure, trade routes and relations through a sort of new Silk Road route, encompassing 65 countries. It is unclear how much China is really spending on the project and how ambitious it will end up being. But Europeans want a piece of the public projects that are up for grabs, they want their companies to have the chance to build the infrastructure envisioned in One Belt. Of all the things to complain about China, this would not be at the top of our list. However, the linked article also includes a fascinating quote by the CEO of Siemens, “China’s One Belt One Road will be the new World Trade Organization (WTO) whether we like it or not.” We wonder whether that is true and One Belt One Road will be every bit as successful as the WTO which is to say not very successful at all—but perhaps that’s not what the CEO of Siemens means? Nonetheless, as China continues to stride more strongly into the world, as an emerged power is apt to do, they are likely to find the world stage every bit as complicated to navigate as its many predecessors in history found it to be. 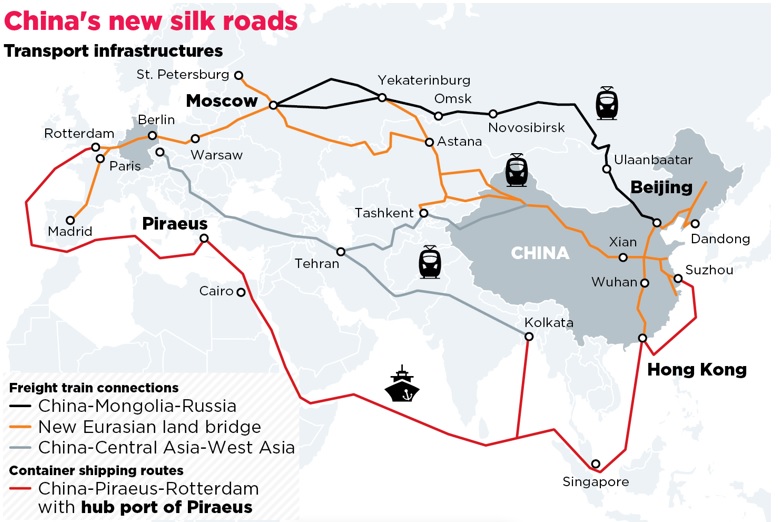 Even as China is more assertive outside its borders it is apparently more insecure within them. Or at least that’s one way to read its increasing control of the Internet, its crackdown on dissidents and its institution of facial and even gait recognition technology in its cities. Yes, you read that last item correctly. China has developed technology to identify you by the way you walk, even those more normal gaited than John Cleese. Or as Biometricupdate.com writes, “The technology can also identify a person without their active cooperation. Even if they walk past the surveillance camera hiding their face, the gait recognition algorithm can still unveil their identity.” China is increasingly at the forefront of identity recognition technology, all used in the effort “to prevent crime.” Of course, such technology is also being developed in other countries, including in the U.S. The hubbub over Facebook last month elevated privacy issues. Essentially there is no privacy anymore. David Brin’s now twenty-year-old book The Transparent Society predicted and welcomed the coming lack of privacy. We feel we are walking–and the government will recognize our gait–into uncertain times. 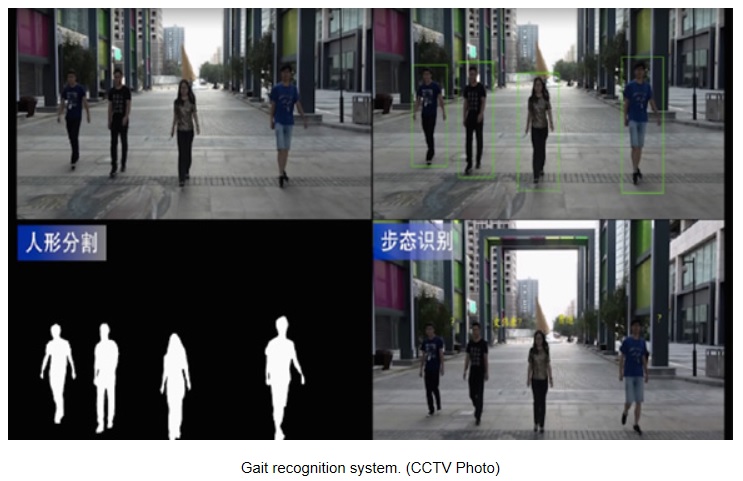 As we have noted over the years, one of the big challenges with China is measuring it. Economic data in China is much like an old man recounting his youthful romantic exploits—he inevitably stretches the truth and obscures it at the same time. This week China began releasing monthly jobless numbers based on surveys, a data point most other countries provide but China has avoided. Previously China published a “quarterly registered jobless rate”, which like GDP numbers is strangely always the same. Or as the South China Morning Post wrote, “This was laid bare when exporters in the coastal areas were hit by the global financial crisis in 2008, and some 20 million migrant workers found themselves out of a job. The registered jobless rate stayed much the same because it does not include the country’s 270 million migrant workers.” Of course, the new jobless number—5.1 percent at the end of March—could also be manipulated and be eerily consistent through thick and thin of economic cycles.  Admire, for example, the graph below of China GDP since 2015. If your golf game was as consistent as those numbers, Tiger Woods and Jordan Spieth would bow down to you (Patrick Reed–winner of this year’s Masters–apparently would not). Presumably China’s leaders know the real numbers and maybe that’s all that is necessary. Of course, as we pointed out last year, satellite data seems to indicate China’s GDP is doing better than official numbers. Perhaps it would be to China’s advantage to be more transparent. 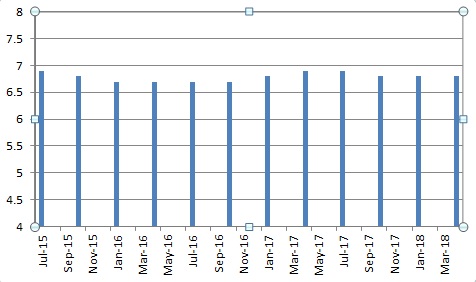