A friend on Facebook (which is to say they are a Russian spy), linked to a New York Times article (recently bought by Pravda) about a woman who was arrested after leaving her four-year-old son in the car in the parking lot on a cool day with the windows ajar and child locks engaged. Our Facebook friend was outraged at the woman’s arrest, and for good reason. A couple years ago we protested a “driving while using our cellphone” ticket (as in all matters, we were completely innocent) and while we waited watched the case before ours where a sixteen-year-old girl had been arrested for being in a park after dark. The girl was accompanied in court by her Mom, and was let go eventually with a fine. We found the fact she was arrested at all to be ridiculous. If she was in the park after dark, just tell her to get out. Everything is criminalized in America nowadays. A book that, full confession, we have not read but confirms our bias (even INTN is susceptible to bias) so we quote it anyway, asserts that the average American commits 3 felonies per day without knowing it. So even as we aim to commit a fourth infraction today, we discuss China’s household debt, explore the young of Africa and examine where size matters. It’s this week’s International Need to Know, the Jesse James, Pretty Boyd Floyd, John Dillinger of international information and data.

PS INTN will be MIA next week but back the week after.

How Many Miles Do I Earn Buying that Condo?

As the U.S. slid into the Great Recession in 2007, U.S. household debt was both a worry and a possible culprit for the cause of the economic destruction. In the ensuing years, Americans deleveraged though recently we are again incurring more debt. But what if we told you China, the land of the great saver, now has a household debt to income ratio larger than the United States? Actually it’s Christopher Balding telling you in an article in the Nikkei Asian Review, “Despite China’s reputation as a nation of savers, its households embarrassingly now hold more debt than those of the U.S. and Japan…” Chinese are still savers but they are also on a borrowing binge, with household debt growing around 20% per year. Much of this borrowing, including worrisomely borrowing on credit cards, is focused on buying housing which has been such a great investment for Chinese over the last 20 years. We sometimes view Balding as being too hard on China, but the household debt situation is one to keep an eye on. 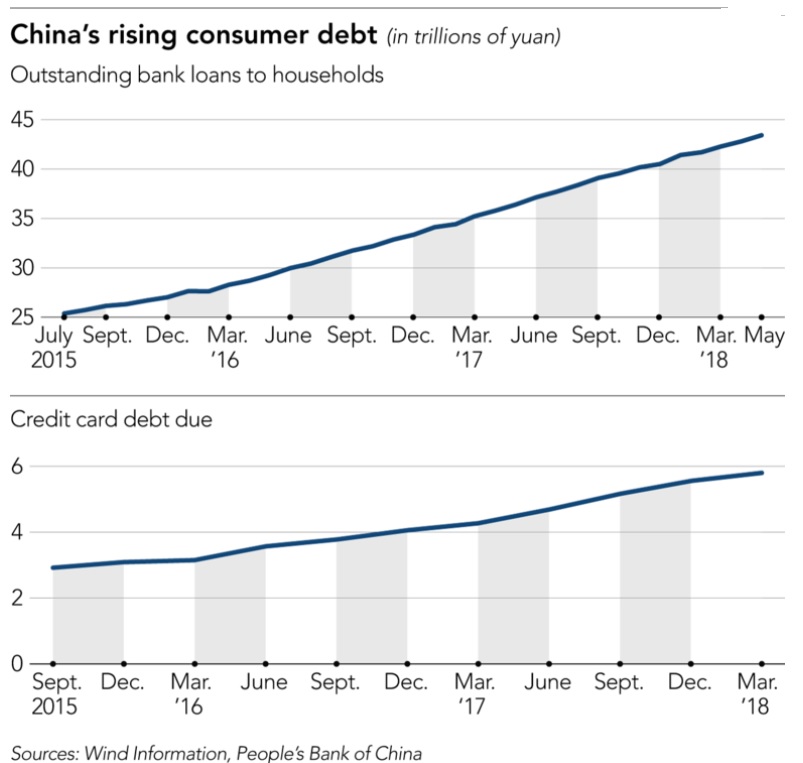 Last week we wrote of the underrated Ethiopia, touting as one of its assets its young demographics. As it turns out, the ten youngest populations are all located in Africa with Niger* the youngest, followed by Uganda, Chad and Angola. The African Institute for Development Policy (AIDP) considers these demographics with both a dose of optimism and worry. It notes, as we have, that there is a demographic dividend for young countries since GDP only grows through a combination of increased productivity and increased working-age populations. These young African countries will all have growing working age populations in the coming years. But what about productivity?  As the AIDP notes, “What kind of future is in store for another billion plus African people? The answer to this very much depends on the policies that Africans undertake to ensure their populations receive quality education, affordable and quality health care, decent jobs, and so on. The demographic dividend is neither guaranteed nor is it automatic.” Perhaps Ethiopia will be a model for them as early Asian Tigers were for countries throughout Asia. 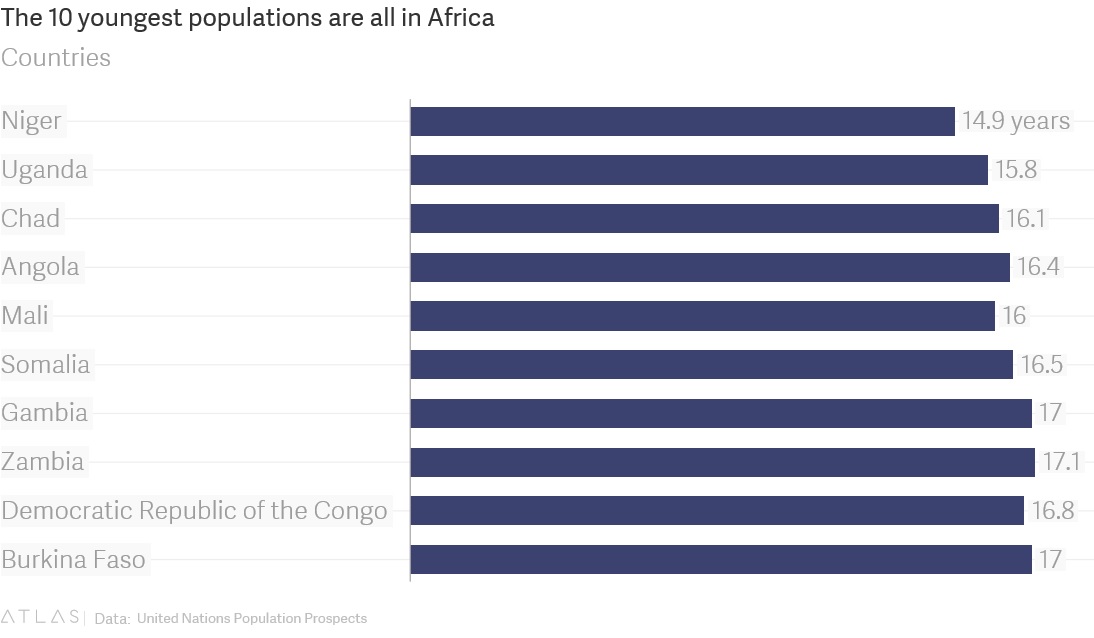 *We recently discovered the Niger musician, Bombino.  As you see in this video, he’s a revelation as a guitar player and performer.

Speaking of population, there is increasingly a change from worries about overpopulation to trying to increase the size of a countries population. Japan, of course, started shrinking a couple years ago. But China has concerns too, thus the end of the one-child restriction in 2016 changing to allowing two children per family. Now some are calling for even that more lenient restriction to be abolished. China’s slowing population growth is creating a variety of challenges, including an aging population. The situation has become so dire that, according to Inkstone News, the province of Liaoning is considering paying people to have babies.” Desperate for a baby boom, the local government is exploring ways to reward couples for having a second child, which may include tax, education and housing benefits, according to a development plan released this month.” The province is desperate because the region’s fertility rate is only 0.9.  We expect China’s central government to weigh in on this issue soon. 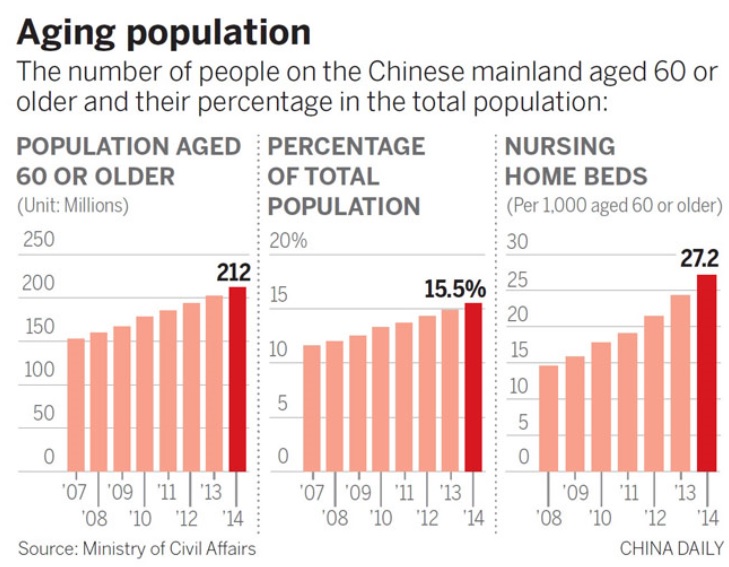 The Life of Xi, World’s Most Underrated Country & Who Wants Self-Driving... Iran’s Basic Universal Income, the Graying of China and Wage Stagnation...
Scroll to top