In reading up on a topic in Science Direct, which we report on in the first story below, we stumbled upon this paper that claims children who are taught to lie increase their reasoning abilities. Or as the paper states, “There is some evidence that deception and cognitive skills may be linked during childhood. A number of correlational studies have shown that young children who have relatively strong executive function and theory of mind skills are more likely to tell lies and are better at maintaining the lies they have been told…” This is one of the more disturbing and depressing notions we have learned in 2018 so far. And yet, perhaps it explains much of what happens in Washington, D.C., and all of what happens in Hollywood. Or, are we lying to you about this study? While we await your answer we announce that this is income week here at International Need to Know. Our three stories below focus on income, or in some cases, the lack of it, for the young, middle-aged and the old. We turn our truthful eyes to the surprising place where a universal basic income has been instituted, gaze upon a method China is using to deal with an aging population and put a magnifying glass to wage stagnation in the developed world. It’s this week’s International Need to Know, displaying a child-like interest in the world.

Fears of robots taking jobs has prompted talk of the need to institute a universal basic income. Putting aside for the moment that, as of yet, robots are not massively replacing humans, so current robotic deployments are not a reason to institute a universal basic income, one of the fears of such a policy is it would discourage work. Lazy Ed down the street would take his basic income and play video games all day rather than finding a job, or so the theory goes. But did you know that in 2011, Iran, of all places, instituted a universal basic income? They did so when replacing a large scale energy subsidy policy. “In 2011, Iran started monthly deposits of cash into individual accounts covering more than 70 million people and amounting to 28% of the median per capita household income.”  A paper was recently published in Science Direct that finds “no evidence that cash transfers reduced labor supply, in terms of hours worked or labor force participation. To the contrary, we find positive effects on the labor supply of women and self-employed men.” This is a surprising result, at least to us, who were one of those expecting such a policy to be a disincentive to work. We do expect more disruption to the labor market from automation in the future. Perhaps a universal basic income will be a possible remedy after all, although we await further study of Iran’s program.

Solving the Graying of China

In some people’s view of the world, China is an all-powerful entity, organized and run better than the democracies of the world. And though China has been remarkably successful the last 40 years—since discarding ideas some are now advocating to get elected to the U.S. Congress—the truth of China is more prosaic, or at least complicated. It is seizing opportunities but also grappling with difficult challenges.  One of those challenges is the graying of its population—17 percent of China’s population is over the age of 60 (15 percent of Americans are 65 or older). Sixth Tone reports that “according to the Chinese Academy of Social Sciences, by 2022, retirees will be growing at a 3 percent faster rate than pension fund contributors.” How to confront this inconvenient fiscal fact? Sixth Tone also tells us that the Chinese government has developed a reverse mortgage initiative for elderly Chinese. China’s State Council encouraged “anyone aged 60 or above with full legal ownership of a property…to apply for a reverse mortgage.” Thus far, very few Chinese are taking up the government on the offer. Or as Sixth Tone poetically puts it, “The public’s response, however, was the equivalent of a single ripple in a vast, otherwise glass-surfaced sea. As of this May, there is only one insurance company in all of China that offers reverse mortgage services, and only 132 people have taken out policies.” China is one of many countries struggling to figure out how to deal with an aging population, but they are the largest, and perhaps, the most important. Our aging, near-sighted eyes will continue monitoring it. 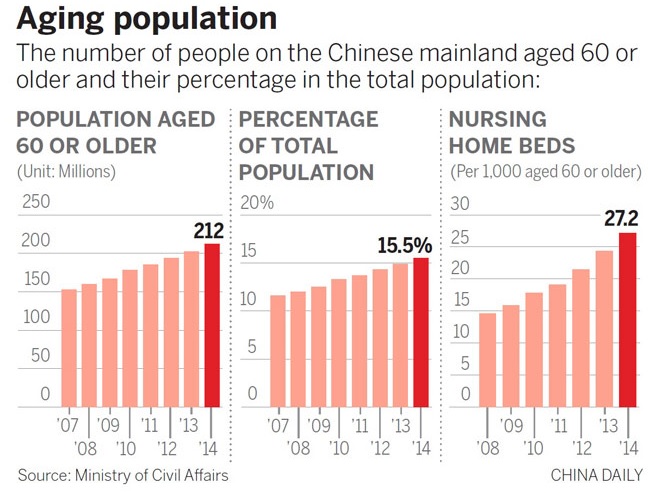 Our American readers are surely aware of the slow wage growth in this country. But perhaps it is not as well known that this is a phenomenon around the world. The OECD (Organization for Economic Cooperation and Development), a consortium of 35 mostly developed countries, recently noted that among these countries, “Wage growth remains remarkably more sluggish than before the financial crisis. At the end of 2017, nominal wage growth in the OECD area was only half of what it was ten years earlier.” This is especially true for the lower rung of wage earners. What’s causing this wage stagnation? The OECD asserts, “Low inflation and the major productivity slowdown have contributed to wage stagnation, as well as a rise in low-paying jobs.” Much of what is dividing America also afflicts the rest of the world. We may all become Iranian some day. 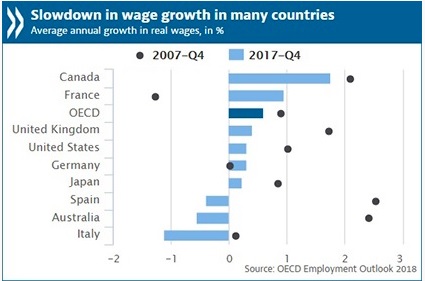 Buying a Chinese Condo, The Young & the Restless and Size Matters Sweet & Sour Mysteries of China, Definition of “Is” and Missing...
Scroll to top