Never trust the mob. Neither physical or social. We re-learned that lesson through Audra Williams who corrects the record on Sinead O’Connor tearing up a photo of Pope John Paul II at the end of a performance on Saturday Night Live in 1992. If you are like us, you remember it being a general anti-Catholic statement. As it turns out, and widely ignored at the time and since, O’Connor was actually attacking the Catholic Church’s child abuse problems. In 1992. Long before others spoke up. After her SNL performance, O’Connor was widely condemned. Two weeks after SNL, at a Bob Dylan tribute concert at Madison Square Garden when she took the stage she was booed loudly, mercilessly and unrelentingly. Kris Kristofferson was instructed by the showrunners to get her off the stage. Instead he put an arm around her and whispered into her ear, “Don’t let the bastards get you down.” She replied, “I’m not down,” proceeded to do a screaming reprise of her SNL performance and then walked off the stage where Kristofferson was waiting with a hug. Now one might think this was not courageous, that she didn’t mind being booed. But no, she breaks from Kristofferson’s hug to vomit, and he then hugs her again. The moment was so fraught she became sick, but she did not shrink, she rose to the moment. Today we all pretend we’re brave, metaphorically screaming with the mob on social media about whatever it is we are outraged about at that moment. Sinead O’Connor is the real deal. She exhibited courage when it cost her…we all owe her an apology, But we’re not apologizing for explaining the parallel worlds we live in, how this time is different with China and India’s changing demographics. It’s this week’s International Need to Know, nothing compares to our world.

INTN’s aim is to help us all understand our world better which leads us down some unfamiliar paths (via Marginal Revolution), including this week to a teenage makeup vlogger from upstate New York making a sensation at a mall in the U.K.  It is more evidence that there is more than one world we are covering (clearly we need to hire more staff), one of which is online sensations such as James Charles, the makeup vlogger. We’ll let the Guardian take it from here: “Birmingham was brought to a standstill on Saturday, with motorists abandoning cars and the city gridlocked for hours after thousands of teenagers flooded the city centre to see a 19-year-old YouTuber make a 30-second public appearance at a cosmetics store.” It turns out Mr. Charles has “more than 10 million followers on both Instagram and Youtube for his makeup videos.” The Guardian very smartly notes, “The incident shows how event organisers can be unprepared for sudden influxes of people attracted by YouTubers, who can have far bigger followings than TV and film stars and yet have a substantially lower profile in traditional media outlets.” This is another short-coming in today’s media landscape. We are living in different worlds and they do not often intersect. And, of course, there’s the question of how Brexit will affect teenage makeup vloggers? 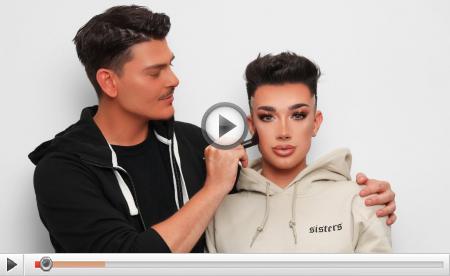