You may remember a few weeks ago when we wrote about DJ Marshmello playing a live set in the online video game Fortnite to 10 million people. It turns out this was not uncontroversial in the electronic dance music (EDM) world. Our expert on EDM is the nice young man who staffs the front desk of the physical therapy place we go to for our knee rehab (which is going well thus far, thanks be to the joint gods). Over the last year he has kept us informed on a variety of EDM shows he attends. He informed us that other DJs were criticizing Marshmello for “selling out” by performing in Fortnite. Our young EDM expert, to his credit, thought this was silly. If, as we have asserted in this space, 75 percent of the world’s problems are due to people having the wrong definition of winning, it is also true that 17 percent of the world’s problems are due to people (83 percent of whom are young men) trying to be cool. We can remember in our youth similar arguments to the Marshmello one today about bands and artists and who was cool and who was not. Nearly 91 percent of those arguments, in hindsight, were hogwash, to use an uncool term. Such a mindset infuses the current story about Ryan Adam’s treatment of women and how Mandy Moore is perceived. So we coolly tell you about the most popular app in the world, don our leather jacket as we determine what climate change’s fate hinges on, and lower our sunglasses to name the most connected country in the world. It’s this week’s International Need to Know, the Fonzie of international information and data e-newsletters.

The Most Popular App in the World

Tired of Yelp? Haven’t used Ocarina or your fitness app in years? Well it’s time to get with the masses and download the most popular app on the Apple platform—Xuexi Qiangguo, which teaches “Xi Jinping Thought” to its users. According to the South China Morning Post, “Xuexi Qiangguo requires users to sign up with their mobile numbers and real names. Study points are earned by users who log on the app, read articles, make comments every day and participate in multiple-choice tests about the party’s policies.” The article notes Communist Party member are “required to use the app every day and accumulate their scores,” which might be a way to get your kids to finally put down their smart phones during family dinners. So download the app now. It’s free…unlike the country. 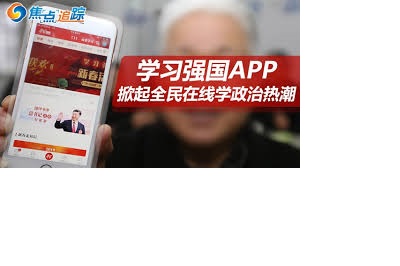 The current U.S. Administration’s negligence on climate change is disheartening. But, Noah Smith reminds us that no matter what the U.S. does, the real climate game revolves around the rest of the world as you see in Smith’s graph below. U.S. CO2 emission have been relatively flat since 1981. The rest of the world, on the other coal-darkened hand, has more than doubled its CO2 emissions since 1980. A small portion of this increase is due to the U.S. importing more of its goods but most of it is not. The much discussed Green New Deal is only worthwhile for as much as it can also help the rest of the world decrease its carbon emissions by creating new technologies and implementing effective, replicable policies. Here’s a thought provoking Twitter thread on where our real challenges lie in addressing climate change. Hint: agriculture and industry will be a bigger challenge than transportation and electricity. 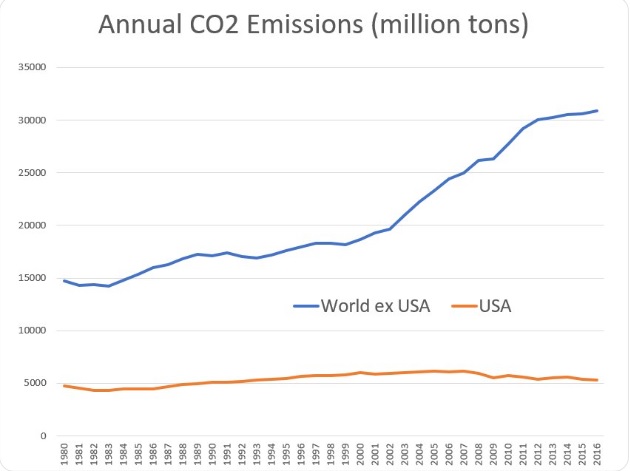 How Globalized is the World?

Globalization, or at least the immigration part of globalization, has caused angst and shot-in-foot moves in both Europe and the U.S. But just how much is the world “globalized?” According to DHL’s Global Connectedness Index, the world has become more connected but is still not particularly globalized. The report issued earlier this week states the “Global Connectedness Index rose to a record high in 2017. For the first time since 2007, trade, capital, information, and people flows all intensified significantly.” But still, only “20% of economic output around the world is exported, roughly 7% of phone call minutes (including calls over the internet) are international, and only 3% of people live outside the countries where they were born.“ The Netherlands, which has been a major trading country for centuries, is the most connected country in the world, followed by Singapore. There is much to digest in the index. Start dining. 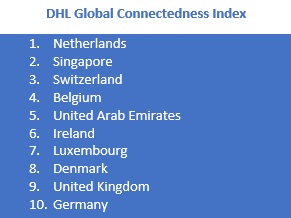 Billy Beane Trade Data, Parallel Worlds II, and Who Jails the Most Journali... Uh Oh, The Young and the Restless, and the Old and the Healthy
Scroll to top