It’s easy to despair nowadays given the state of the world. We nearly succumbed to it ourselves at a baseball game over the weekend and not just because our team lost yet again…and again…and again. It was also because we felt an era ending with the celebrations of Edgar Martinez over and because we were bombarded by a seemingly endless stream of bad news on our phone between innings. Protesters violently attacked for speaking up for their inalienable rights in Hong Kong. The President of the disunited states employing an accent to mock Japanese and Korean allies. Our cruel and unusual prison system allowing yet another inmate to commit suicide. A nuclear weapons accident in Russia. And a rogues gallery of other flotsam catastrophes and jetsam disasters floating all over our earth. So yes, despair is easy, but then as we walked out of the baseball stadium we saw…well, you can see it for yourself below. And we dare you to frown and fret while doing so. So as you smile, we stand up for Hong Kongers, admire the world’s support for refugees and examine Ethiopia’s challenges. It’s this week’s International Need to Know, together since 2016. 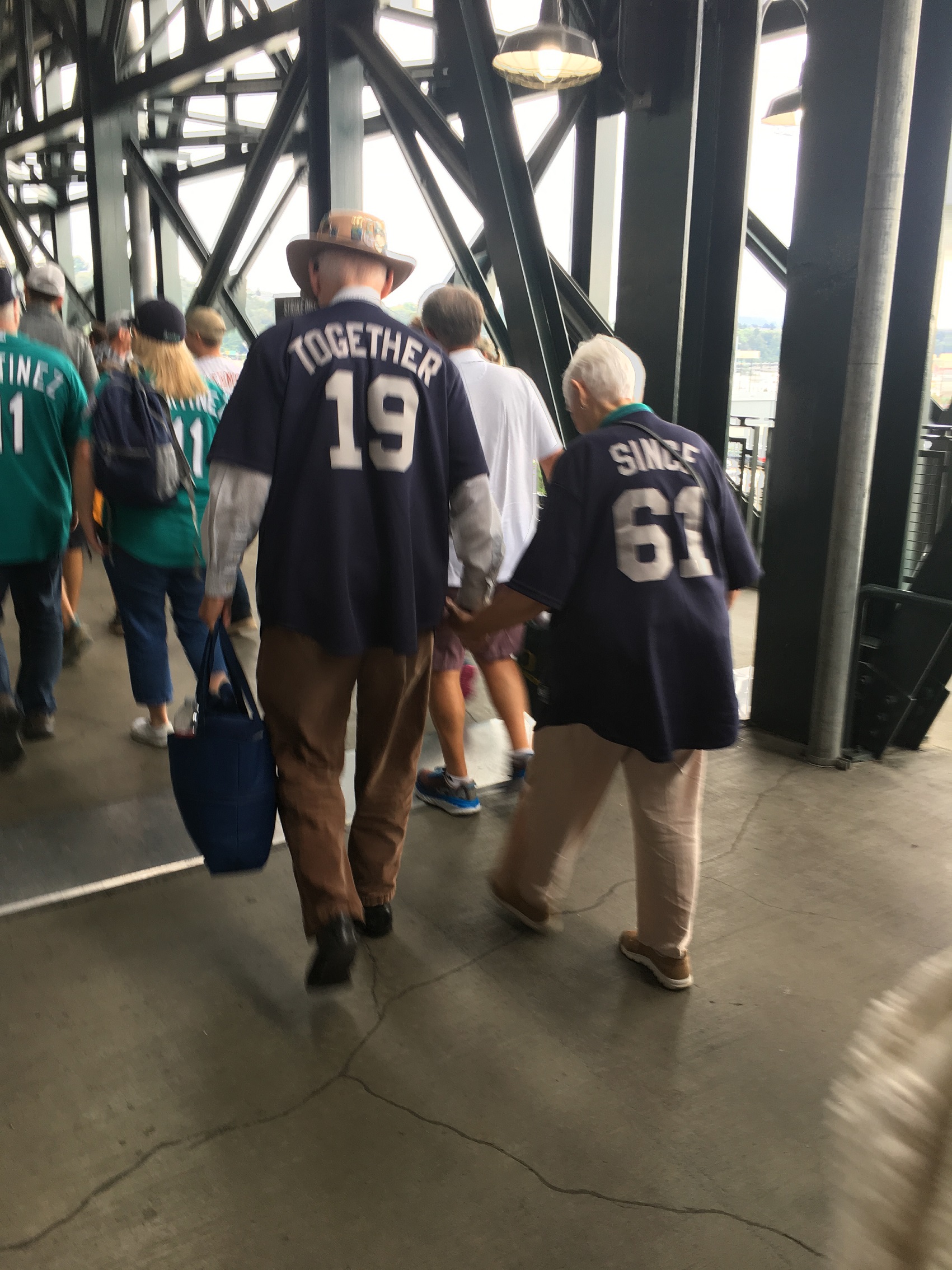 Generally we try not to write about what is currently in the headlines but rather on what should be or sometime in the future will come to be. But the protesters of Hong Kong deserve our attention. It has become almost fashionable in recent years to disparage democracy and freedom, almost always by those who have it and are not at risk of losing it. Hong Kongers know better. They fight not just for their own liberty but are indeed on the front lines of the battle against authoritarianism. As we wrote last week, China is many things, like any complicated entity: some good, some indifferent, but make no mistake, some bad. China continues to reeducate torture millions of Uighurs.  The government sows seeds of censorship and propaganda across China’s fire-walled Internet that bloom like an invasive species. And, in Hong Kong, China now invokes the term “terrorism” while bloodying and blinding protesters who seek what billions have sought through the ages—freedom and liberty. America has never lived up to its ideals. But the idea it wrought painfully onto this planet is one still worth fighting for. Hong Kongers will not live up to their ideals either should, against all odds, they succeed in their protests. But they damn well deserve the right to fail. 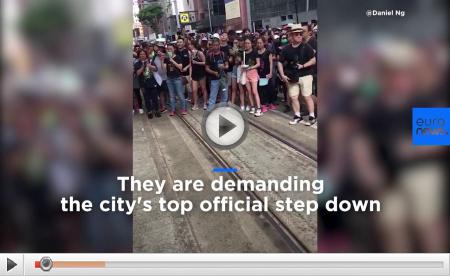 As of late, the chimes of freedom have not flashed for Bob Dylan’s refugees on the unarmed road of flight either in the United States or around the world. Which is strange because among broader populations—if not specific politicians—refugees generally elicit much sympathy and support. In a Pew Global survey,71 percent of respondents worldwide support accepting refugees into their country. Refugees are defined by Pew in the survey as people “fleeing violence and war.” Spain, the Netherlands, Germany, Sweden and Japan are most supportive with more than 80 percent of their populations in favor of taking in more refugees. Only a few countries had minority support for taking in refugees: Israel, Russia, Hungary, Poland and South Africa. Japan, who most people still think of as an insular country, is one of the most supportive of taking in refugees. And even 61 percent of Japanese are in favor of more immigration generally. Japan is what people used to think America was, although even America is far more pro-immigration and supportive of refugees than its current leader would have you believe. 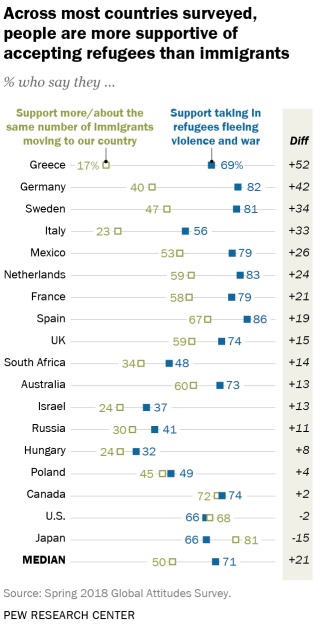 Inside the Doorway, Thunder Crashing

Last week we quantified the amazing economic progress of the world’s most underrated country, Ethiopia. However, like the weather of Seattle, we live in a world of grays—there are no utopias, no pure hells on this orbiting globe. In other words, Ethiopia has great challenges too, as evidenced by a coup attempt in June. The attempt took place in the Amhara region, one of nine ethnic divisions of Ethiopia, and yes, it is these divisions that are a challenge.  Ethiopia has long been riven by ethnic strife (the fear of the other may have saved humans in pre-historic times but may destroy us here at the end of history). Bloomberg reports that “Almost three million Ethiopians were driven from their homes by conflict last year.” Reform minded though he may be, such tensions and problems have led the prime minister to cut off the Internet for long periods of time. Ethnic tensions are prominent in a fascinating Bloomberg article about the apparent suicide of the chief engineer of the “Renaissance Dam” which aims to bring a large swathe of power to the still more than 50 percent of Ethiopians without access to electricity. Ethiopia has increased its debt load significantly over the last ten years, but most of that debt has been productive by building up much needed infrastructure. But more infrastructure is needed as is more cohesiveness. If Ethiopia can navigate these challenges, it may become the first African Lion, a worthy successor to the Asian tigers. But it could also be swallowed up by these challenges.