While talking with a journalist last week, we wondered whether the dog will bite. We had written an email to the reporter, a respectful but firm one, because we felt their story did not include a key piece of information. We were surprised to receive an email back requesting to interview us for a follow-up podcast. Later that day the reporter called determined to get us to say something we didn’t assert in the email or believe. We kept answering by providing data and information beyond what they wanted us to say. The reporter became frustrated and said something along the lines of, “You’re getting into details, I don’t want the details.” But, dear reporter, details is exactly what we want. As we continued talking, and as I started asking the reporter questions, they revealed that earlier in the crisis they had asked Washington state authorities for hospitalization rates but the authorities said no such data existed. The reporter felt this was obviously a lie. Later, hospitalization data was leaked to a different news establishment. Our reporter was upset and their manager called the state authority to complain. The state is trying to manage information, they don’t want to panic people, the reporter told us. “There’s a story!” we told the reporter. That’s much more important than what you reported on, we explained. The reporter told us a number of additional details that made it clear our state government is keeping information private and also showed how the media is interacting with our government. Towards the end of our conversation, in what surely is a first in journalism history, the reporter, who called me for an explicitly on the record interview, noted our conversation was off the record. Putting aside that protocol is to indicate a conversation is off the record BEFORE you start talking, not AFTER, transparency and information are more key in a pandemic than in nearly any other kind of crisis. Washington state leaders deserve immense credit for their response to the Covid-19 crisis, but we dogs must demand continual improvements—and transparency of information and data should be high on the list, and gathering and publishing data should be paramount. The day before we were interviewed by the reporter we went on a bike ride where we came across the sign below. Blind dogs are indeed dangerous and we hope our leaders will take that caution to heart. And so we bark at what is happening during The Reopening, growl at the urge to blame The Other and point a puzzled paw at Sweden. It’s this week’s International Need to Know, your global data and information service animal. 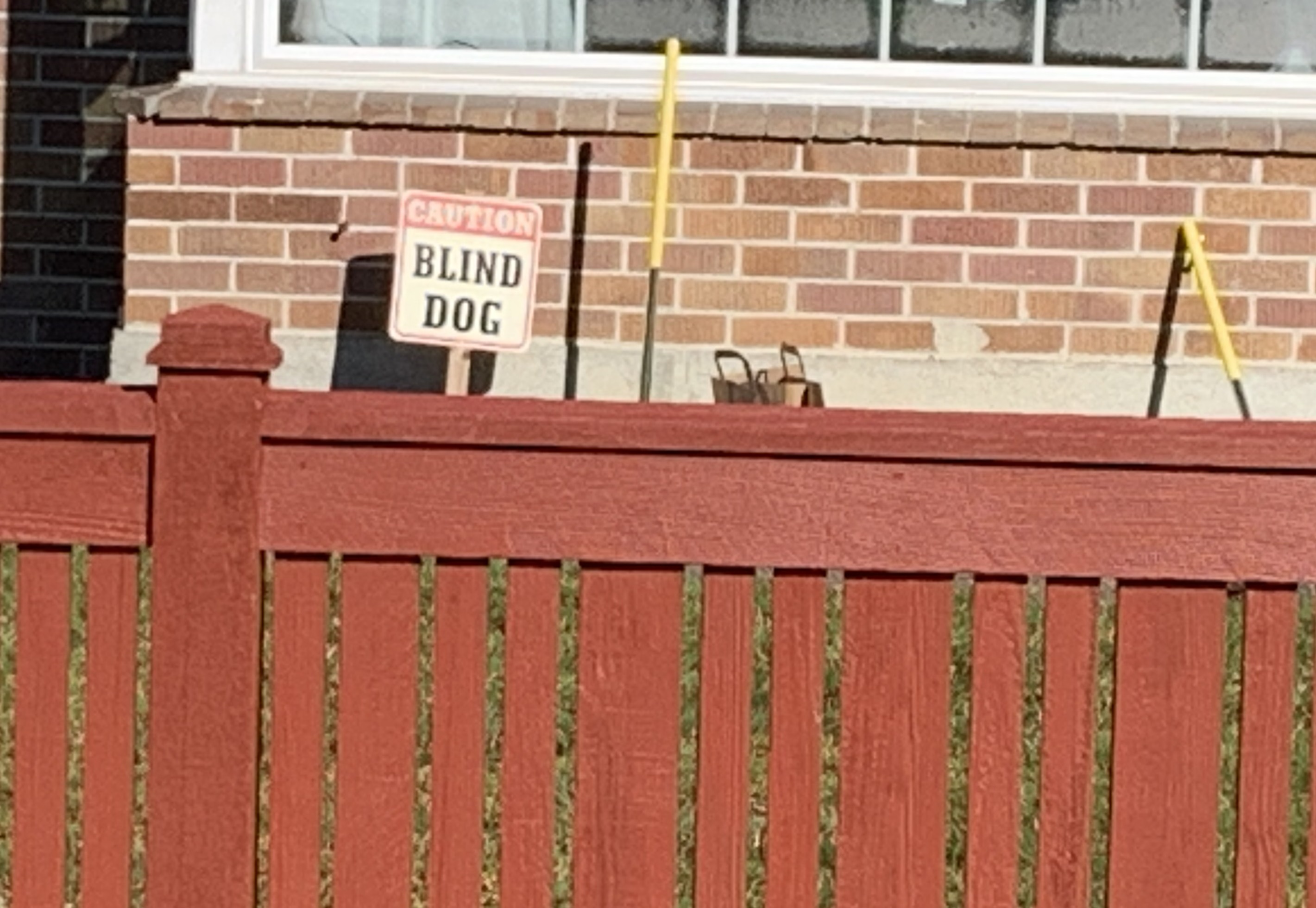 As we stay in place/socially distance/physically distance and otherwise avoid breathing on other individuals (while also avoiding blowhards on TV), we look to other countries who have opened or are planning to reopen and what it may portend for the coming weeks and months. China, which was swept by the virus first, is mostly reopening. However, that does not mean the country’s is fully recovering. As we reported a few weeks ago, they are impacted by the new lack of demand in other parts of the globe due to the pandemic. And while business is starting to reopen in China, there are still restrictions on how many people can be in a restaurant, store or business. Austria announced earlier this week it plans to reopen on April 14th. But Austria was early and stringent in its planning and will continue to insist Austrians wear masks. Denmark is also preparing to reopen though they have not set a date yet. Will there be a second wave of infections in these countries after reopening? What other measures are they taking before opening such as test and trace and isolating elderly and other vulnerable populations? What role will seasonality play? If you are in lockdown in the U.S. or elsewhere, look to other countries reopening for your possible future, and for what mitigation factors they implement and how they work. Demand to know the plan your leaders have for reopening, what data will drive the decision and whether they are prepared to test and trace.* We are still waiting for such information from federal and Washington state leaders, who have thus far been mostly opaque on these questions.

*Alaska has been testing and tracing for weeks. Massachusetts is developing a test and trace system.

Blaming The Other is Universal

Alas the United States does not have a monopoly on blaming The Other although we have proven ourselves adept at it over the centuries. Incidents against Asian-Americans and Asians in the current crisis show we have not lost our touch. But such behavior is not peculiar to America, it is taking place all over the world during the pandemic. Here is a particularly virulent example in China in the form of a cartoon. According to New York Times reporter Paul Mozur, it “imagines foreigners as trash to be sorted. It invents their crimes against the virus response, mixes it with their malign motives in China, and fantasizes about committing violence against them.” Then we read in Nigeria there is a backlash against Chinese doctors who traveled there to assist the country in its battle with Covid-19. Both the Nigerian Union of Journalists and the Nigerian Medical Association complained about the Chinese medical team coming to their country. One ruling party member expressed concern, “There is always this inferiority complex with white skin people. Nigerian doctors are some of the best in America and Europe. The ones here are doing very well even in this coronavirus pandemic. What magic does the president think Chinese doctors will perform here.” Can’t wait until an American white racist discriminating against Chinese discovers a Nigerian thinks Chinese are white. Both American leaders and Chinese leaders have actively flamed racist sentiments during the pandemic. Fortunately, Americans can partly rectify the situation in November with the presidential election. And Chinese can change their country….wait, how does that work? 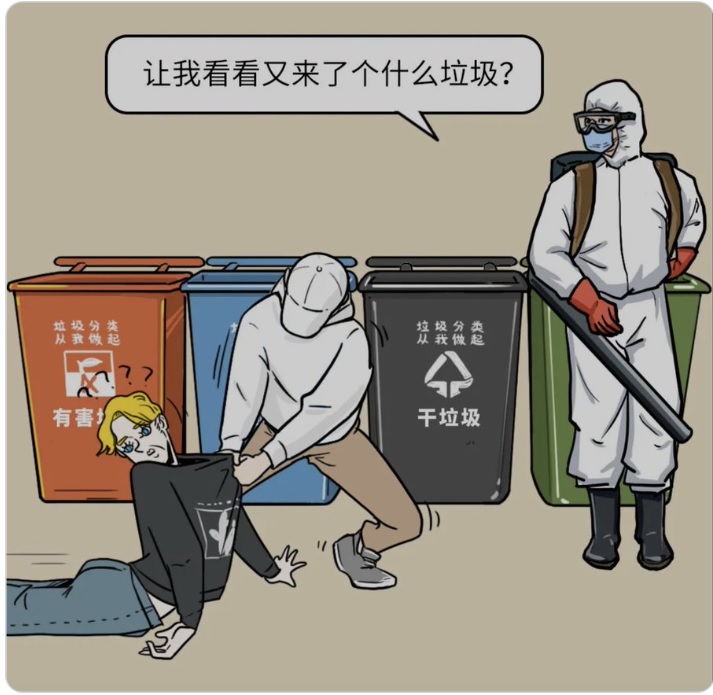 We Need to Talk About Sweden

We have been firmly in the shut-down society camp to deal with Covid-19. In fact, we argued for shutting things down far sooner than they were done, including here in Washington state. But, a) there’s no doubt this is hugely disruptive economically; and b) just as last week when we presented evidence that Covid-19 might not have started in Wuhan, in a highly information-sparse crisis like this one, it is important we continue to check our assumptions. And that means grappling with Sweden. There they have not shut down the country as strictly as many others have. They have banned gatherings of 50 or more people and high schools and colleges are closed, but the rest of the economy is mostly open. Sweden’s death rate is about middle of the pack. It’s worse than its neighbors but it’s better than some other countries. Their hospitals are not overrun. They have attempted to isolate the elderly and other vulnerable populations. China was first in the virus crisis and approached it with a strict lockdown. The rest of us mostly followed that model without its authoritarian trappings. We still believe it is the right decision. Recent data shows Sweden may be getting worse. Perhaps a week from now Sweden will be a catastrophe. Still we need to reckon with the Swedish experience as we move forward, continually check our assumptions in this crisis and learn from it. We all need to use “perhaps”, “maybe” and other such words more often during this pandemic. 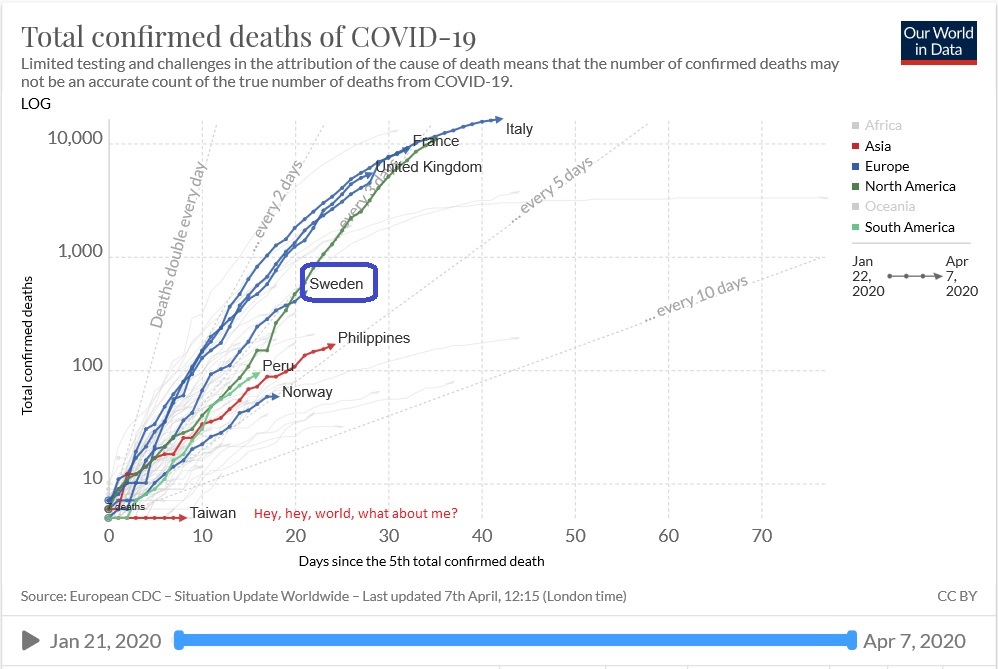 Japan Decouples from China, Both China and U.S. Lose, and Covid-19 May Not Have... Filling the Vacuum, Crashing Global Trade and Naughty By Nature
Scroll to top