We were a tender age when we walked into the cloak room adjoining the House Foreign Affairs Committee chamber, perhaps 22-years-old or so. We were idealistic to a certain extent, full of hope driven by what then seemed like an infinite future. We had recently begun working for the late, great U.S. Representative John Miller who served on the Foreign Affairs Committee. John brought us with him into the members-only room for a small huddle with another congressman before the committee meeting began. We entered the room with plush deep blue carpet and powerful seeming sturdy wood tables and chairs but we became distracted from the grandeur and power by a loud—very loud—balding red-haired man who was spouting all sorts of nonsense. Bob Dornan, who was known as B-1 Bob, both for his ardent support of the B-1 Bomber assembled in his congressional district and for his verbal bombs thrown on the floor of the House, in committee hearings, on TV and on any other platforms that lent themselves to crazed rantings. As I sat quietly taking notes for John in his meeting with the Congressman, I couldn’t help but hear Dornan’s bombasts. Then and there, a crack formed in my green wall of idealism: a certified insane person was a duly elected member of the U.S. Congress. Maybe Congress and America were not all that I thought. Today, we are all Bob Dornans. Or at least there were 106 of them howling onto amicus briefs to overturn an election. As we continue to apply putty to our idealistic structure, we declare the death of globalization greatly exaggerated, lament ethnic divisions in our once underrated country of Ethiopia, and worry greatly over the Uyghurs in China Corner. It’s this week’s International Need to Know, aiming to be the Moderna of international information and data.

Thanks to everyone who pre-ordered my forthcoming book, Challenging China. I can’t tell you how much it means to me to have your support. If you have not yet pre-ordered, I hope you will consider doing so. But don’t do so just because I ask. Here’s what member of Congress Rick Larsen (who couldn’t be more different from Bob Dornan) says about Challenging China:

“Sam’s book is a timely reminder that our country’s greatest tools to meet any challenge from China include what we do to invest in our own competitive advantage, the promotion of human rights and working with other countries. Easy to read for folks who want an introduction to the current state of U.S.-China relations with plenty of heft for the serious China watcher.”  Rick Larsen, Member of Congress
Amazon, Bookshop, Barnes & Noble, Books-A-Million

INTN will be off next week on Christmas Eve but will be back with a special New Year’s Eve edition on December 31st.

In recent weeks I keep running into men and women with scythes and black hoods claiming the death of globalization is nigh. Okay, they’re more often dressed in business casual—well, in this age of Zoom, they’re more often dressed in sweatshirts on top and who knows what on their bottom half—but nonetheless people keep telling me globalization is dying because of the pandemic, trade wars and other reasons. And yet, we see not a shred of evidence for it. In fact, we’d argue that the world has proven to be even more connected in 2020 than before and likely even more so going forward. International trade decreased earlier in the year when the world economy temporarily came to a stop but it went down at close to the same rate as GDP declined and has recovered at an even faster rate. Capital continues to flow around the world at previous rates or higher. Zoom and other platforms are connecting people via video more than ever before. The vaccines that are being approved were developed in multiple countries and mostly by immigrants. Now it’s true that migration of people has decreased during the pandemic. Perhaps that will continue post-pandemic but we doubt it. In fact, in terms of immigration, the third most populous country in the world just replaced a virulently anti-immigration president with one very favorably inclined to immigration. The world will likely become even more interconnected in the future through technology (We were in a Zoom meeting with Vietnam last night, probably one of many in the coming months). If globalization falls apart it will be because civilization does. That’s something the anti-globalists might want to consider. 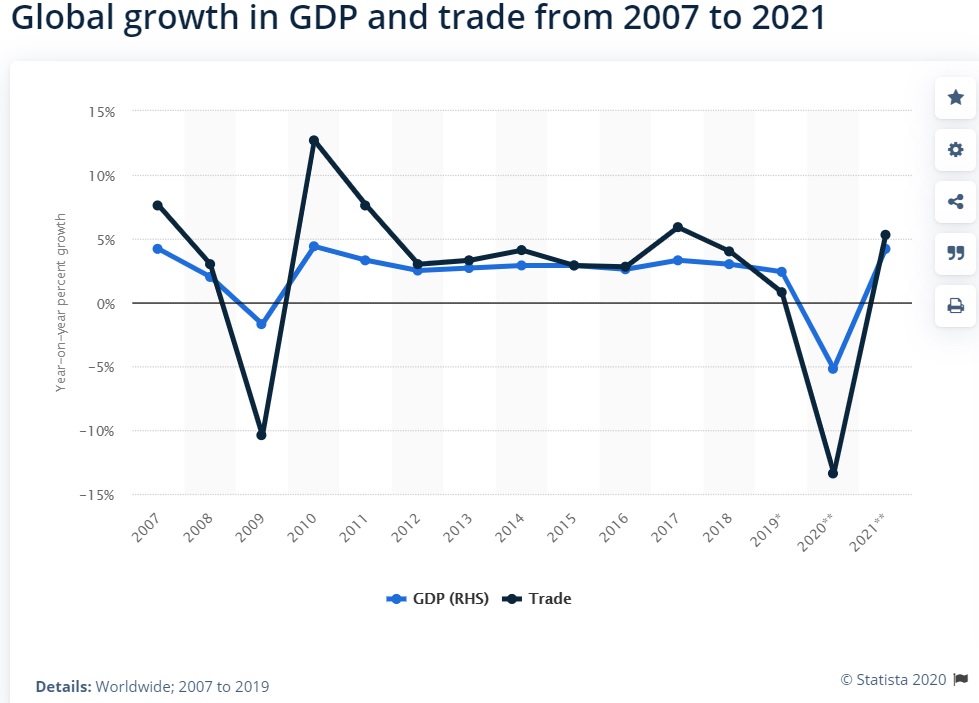 We have not commented on Ethiopia, which a couple years ago we called the most underrated country in the world, because we have not figured out what to make of the conflict in Tigray. What we do know is this conflict is bad for Ethiopia’s economy and economic development, which as we’ve documented has been stunningly good for a decade. We held out hope that Ethiopia could be an African Lion complementing the earlier Asian Tigers. Unfortunately, the Tigray conflict has led to production facilities there, including textile factories producing for places like H&M, being closed down. These facilities were already hurting due to the Covid-19 pandemic. There are a number of countries in Africa which have been seeing nascent assembly and manufacturing booms, bringing hope of rapid economic development as we saw in Asia in previous decades (and are currently seeing in places like Vietnam and Bangladesh). Indeed, six of the top ten fastest growing economies in the world in 2020 are in Africa. But, ethnic divisions are a thorny wedge into such progress and, we at least, don’t have any insights on how to overcome them either in Ethiopia or elsewhere in the world. We’re all in this together, including our deep hatreds for each other. 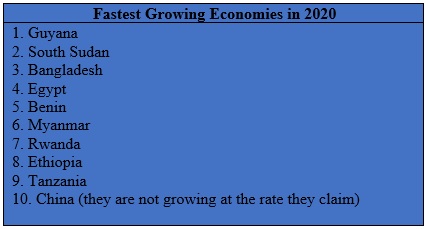 As we celebrate the rollout of vaccines, prepare for a 2021 that promises a permanent re-opening from the pandemic, and pre-order the best and most important book about China that compares Jeff Bezos and Bill Gates’ butlers, please save a moment to remember what is being done to Uyghurs in Xinjiang, China. This week, the International Consortium of Investigative Journalists reported on apps produced by companies such as Zapya, Huawei and Megvii, that are targeting Uyghurs for persecution. For example, a facial recognition system developed by Huawei and Megvii contains a function called “Uyghur alert, which could identify a subject’s ethnicity and be used to flag a member of the minority group to authorities.” Human Rights Watch reported that a data system monitors foreign phone calls by Uyghurs to their family overseas leading to the arrest and forced labor of these Uyghurs. And, the BBC reports that “China is forcing hundreds of thousands of Uyghurs and other minorities into hard, manual labor in the vast cotton fields of its western region of Xinjiang.” These cotton fields account for 85 percent of China’s cotton and 20 percent of the world’s cotton. There’s a good chance whatever casual or formal clothing you are wearing while reading this contains cotton made by forced labor. The BBC says “…upwards of half a million minority workers a year are also being marshalled into seasonal cotton picking under conditions that again appear to raise a high risk of coercion.” We don’t look forward to the Chinese Margaret Mitchell’s novel about this time period. We do hope these practices will soon be gone with the wind. 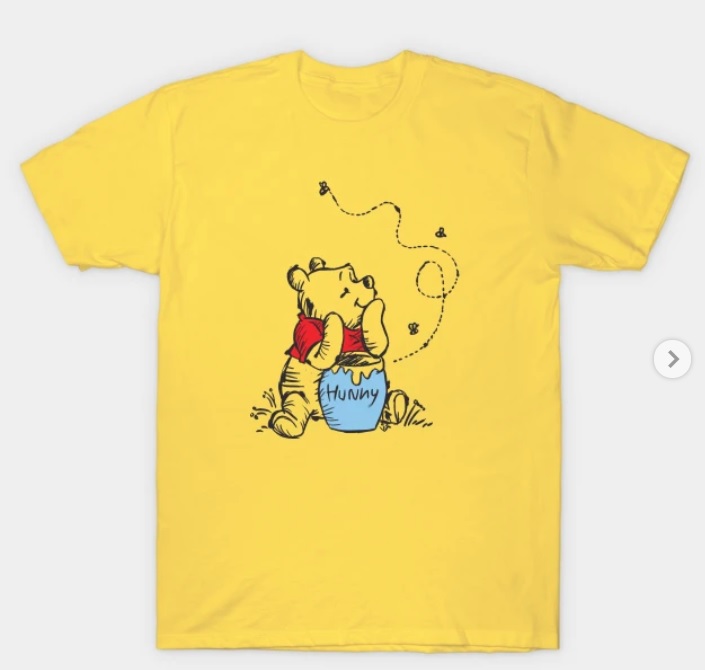 Challenging China Available for Pre-Orders Plus Who Do You Trust, Love Jihad... Successful Taiwan, Somewhat Successful Israel and Chinese Views of the Worl...
Scroll to top