Seaweed-eating Cattle, U.S. Infrastructure Costs Compared to Europe and Japan, and Who is the CCP

This morning, a number of you informed us that you received a notice today from Amazon that our book, Challenging China,  is “encountering a delay in shipping.” Ironically, for someone whose day job is director of the Center of Excellence for Global Trade and Supply Chain Management, our book is indeed delayed because of…problems in the supply chain. Perhaps you have read about the congestion at the Ports of Los Angeles and Long Beach? It is causing delays in container ships gaining access to ports, including the one containing our books. Challenging China, you see, was printed in Malaysia. There the books were, minding their own business, hanging out on the ship, playing shuffleboard, drinking cocktails, enjoying the all-you-can-eat buffet, and ready to make their debut in America, when like a migrant on the southern border, they were told America was not ready for them. And while we’re told the books have begun an ongoing poker game and are enjoying their extended stay on the water, we are suitably distressed and outraged by this turn of events and not salved that other, lesser products, such as Peloton exercise bikes, are also stuck onboard.

Additional irony polishing our distress is that the Ports of Seattle and Tacoma, where we reside, have plenty of room for container boats. In fact, they need the business. We would have gladly welcomed our books to the shores of Puget Sound, mixed them a Pisco Sour and celebrated with them. But, alas our irresponsible books chose the glamour of L.A. over sturdy Seattle. We are told by reliable sources (our publisher) that Challenging China will now be released April 19th instead of April 6. But remember, your exercise in delayed gratification will only make you stronger. The E-book version will still be released on April 6.  As we work to get the heads of the Ports of LA and Long Beach fired, we bring you with no delay a small breakthrough in climate change, why infrastructure in Europe and Japan is built more efficiently than in the U.S., and how women are shunned in the CCP. It’s this week’s International Need to Know, enjoying the advent of spring even if our eyes and nose are not.

Seaweed to the Rescue

Last week we showed historic cumulative CO2 emissions for countries as well as who the largest current emitters are. Next week we’ll bring the latest good news on electricity generation data. But this week we take a break to discuss seaweed. Yes, the slimy stuff you see in the ocean and that many people eat, including now it turns out livestock. Australia’s Commonwealth Scientific and Industrial Research Organisation (CSIRO), in partnership with Meat and Livestock Australia, and James Cook University, have developed FutureFeed, a seaweed based food for livestock. Why are they forcing beef and dairy cattle to eat seaweed you may ask? Because, “it reduces methane emissions in these cattle by more than 80 per cent.” Methane, you may recall, is one of the more troubling climate change gases. We are quickly solving how to generate energy cleanly but industrial processes and agriculture remain sticky challenges. Here’s one possible helpful solution to address part of the agricultural challenge. Oh, and they recently were “awarded the world’s largest monetary reward on the global food arena.” Perhaps eating seaweed will also lower cattle’s cholesterol. Or, uh, maybe not. 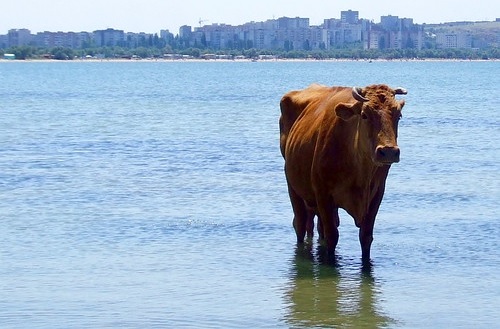 You will likely be surprised to learn that we discuss U.S. public infrastructure costs in Challenging China. We’ll let you read the book to learn why but we have noted previously in this space that it costs two to three times more in the U.S. to build public infrastructure than in the EU or Japan with no commensurate benefits to the environment or labor. Recently we came across additional data showing other countries more affordable public infrastructure. The Transit Costs Project is comprised of a team of researchers at the NYU Marron Institute of Urban Management. They started tracking data on transit projects across 50 countries to understand why “transit-infrastructure projects in New York cost 20 times more on a per kilometer basis than in Seoul.” As you can see in the chart below, New Zealand has the highest average costs per km of any country.* The United States is among the highest and is more than twice the cost of most EU countries. It’s more than three times the costs in Japan. Again, there is no evidence that environmental outcomes in the U.S. are better compared to these countries nor is there any benefit to labor. This study is focused on transit but other studies have found comparable costs differences in other public infrastructure such as highways. The Biden administration is apparently about to introduce a $3 trillion infrastructure package. America needs to repair old and build new infrastructure. But think what it would be like if we could build the same amount of infrastructure for $1.5 trillion? Alternatively, how much more bang could we get for our buck with the proposed $3 trillion if we only worked to solve why it costs so much more and takes so much longer to build public infrastructure in America. We need to bridge the infrastructure spending gap. 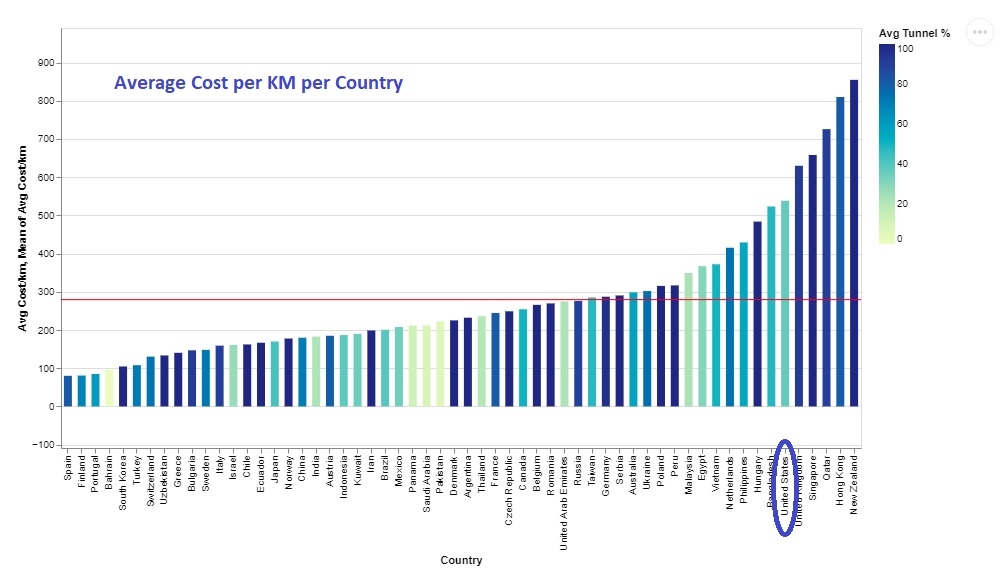 China Corner:  Who Is the CCP?

We read many bad takes and analysis of the U.S. – China meetings in Alaska last week. But a wiser sage—we can’t remember who so can’t cite them—noted that what China’s diplomats said in Alaska is designed for China’s domestic audience and to ensure the Chinese Communist Party (CCP) remains in power. Very believable. But who is the CCP nowadays? The Mercator Institute for China Studies (MERICS*), a European think tank, continues to provide useful data in this regards. There are now 91.2 million members of the CCP, which is 6.6 percent of the overall population. Just like China’s population, CCP members are aging with 28.9 percent over the age of 60. And as a percentage, there are fewer workers and farmers and more academics. What would Mao circa the Cultural Revolution think? Women make up 27.9 percent of the party, so as a percentage there are more old people than women in the party. And at the highest levels of the CCP? Far more women are suing the NFL’s DeShaun Watson than in the top tiers of the CCP. There are no women in the Politburo Standing Committee, and only one secretary among the 31 secretaries of provincial parties’ committees. In researching Challenging China, we read Betraying Big Brother: The Feminist Awakening in China, and gained a greater understanding of the travails women face there. When Chinese diplomats work to ensure the CCP’s survival in Alaska, it’s increasingly an older, non-worker, academic and overwhelmingly male party they are preserving. 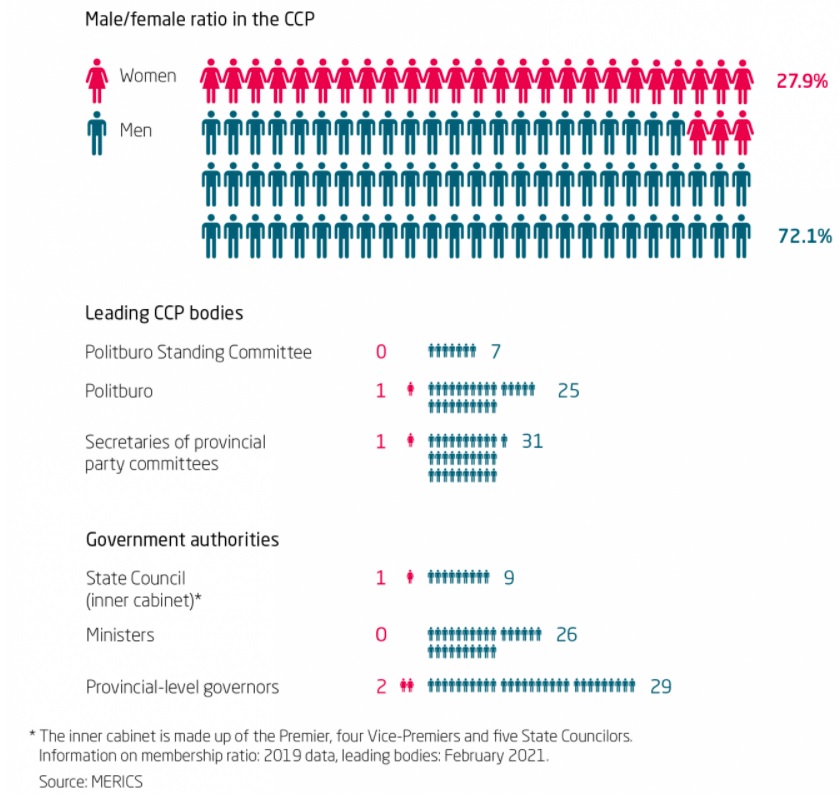 The State of Democracy, CO2 Emissions Now and Historically and China’s... Walking on Sunshine, Middle Doesn’t Hold, and Uncomfortable Cotton
Scroll to top