Holding Ukraine, Democracy is Underrated and China is Not Russia

In the large, crowded, noisy, old-school charm and elegance of Arnaud’s, one of the five Grand Dame creole restaurants of New Orleans, we enthusiastically ate our crab cakes and souffle potatoes. At the table next to us, three strong, military-looking men ate their food while gazing about the room. We noted to our wife there was something up with those three but we couldn’t put our finger on it.* At the table behind us, the large man dressed in an old-school dark pinstripe suit, jostled me with a bag and excused himself. He asked where we were from and we replied, “Seattle.” His dinner companion piped up saying he knew our governor, Jay Inslee, and complimented him as a nice guy. We concurred and noted we had helped Jay with his trade mission to China in 2014. The man enthused more about Jay and we eventually asked how he knew him. “I’m,” he said, “the governor of Louisiana.” He was very gracious when we stuttered an apology for not knowing who he was.

We talked about China for a bit before he and his wife (celebrating their 33rd wedding anniversary–congratulations!) and the pinstriped man and his wife returned to their baked Alaska and we to our bananas foster. As kind and interesting as Governor Jon Bell Edwards was, our greatest brush with royalty in New Orleans was talking with second chief Joe Boudreaux between sets at the legendary Maple Leaf where he fronted the astonishing band, The Rumble. It is our general policy that whenever nuclear war risk climbs above a certain level, as it has due to the Russian invasion of Ukraine, that we retreat to the shelter of the exquisite food, second-line beat music and enduring culture of the greatest city in the world, New Orleans. Which is where we were last week. But now back in Seattle, we examine Ukraine’s chances with Russia, how democracy is underrated and note the China challenge is different than the Russia one. It’s this week’s International Need to Know, the beignets and Pimm’s Cups of international information and data.

*They were the Governor’s security detail, of course. Our wife reported to us that the three went on high alert when the Governor began speaking to me, including one of them standing up and walking towards the door. Perhaps they were worried I would hit the Governor with a chart or graph?

Remarkably the full Mardi Gras night concert we saw with The Rumble and Chief Joseph Boudreaux is now on Youtube. It starts at 24:28. Not the same as being there a few feet away but not bad either

February 24th in INTN; “The optimist in us hopes that Putin has not only prepared his own tomb by invading a large democracy, but has also spurred architects and construction workers to design and build helpful structures outside the cemetery.”

We are not a military expert nor an expert on Ukraine or Russia but in the moment of invasion we agreed with our friend, Mike, who on Facebook posted that Putin’s invasion of Ukraine would not go well for either him or his country. Among our reasons for this is the size of Ukraine, the number of troops Russia can deploy and Putin’s obvious inability to prepare Russian troops for the true state of Ukrainian attitudes and beliefs. As you see in the table below, Ukraine is much larger geographically than Iraq, about the same size as Afghanistan and has a much larger population than both. America, was able to relatively easily take initial control of both Iraq and Afghanistan, but maintaining control?…as we know, that was more difficult. Unlike Iraq and Afghanistan, Ukraine is a functional democracy with a relatively popular elected leader and a professional army well motivated to defend their homeland. It was never going to be as easy for Russia to take control of Ukraine and if it succeeds in doing so it will be very difficult to maintain control. There is room for optimism that Ukraine can defend against a demoralized Russian army, but that also is what makes us pessimistic. The best chance for Putin to defeat Ukraine is to utilize brutal tactics. See, for example, the photo of Chechnya below and what might be in store for Ukrainian cities. We have little reason to believe Putin is not capable of crimes against humanity in Ukraine. But doing so will, we hope, only embolden the architects and construction workers we wrote about two weeks ago. We hope the building and constructing will continue without the devastation of Ukraine. There is much to do. 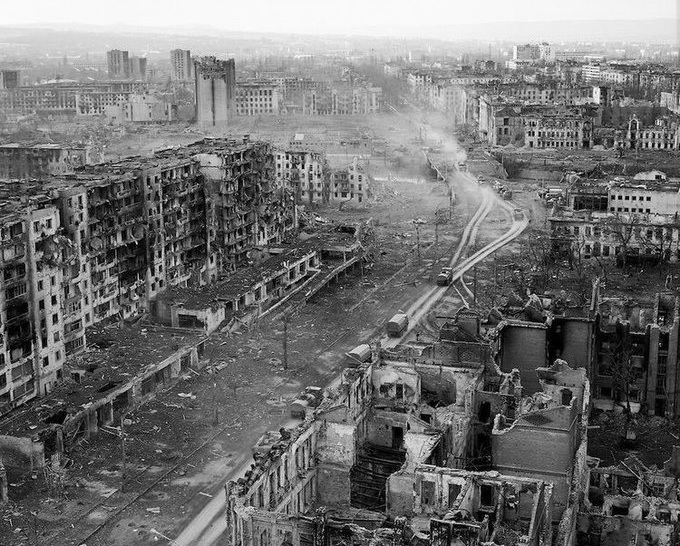 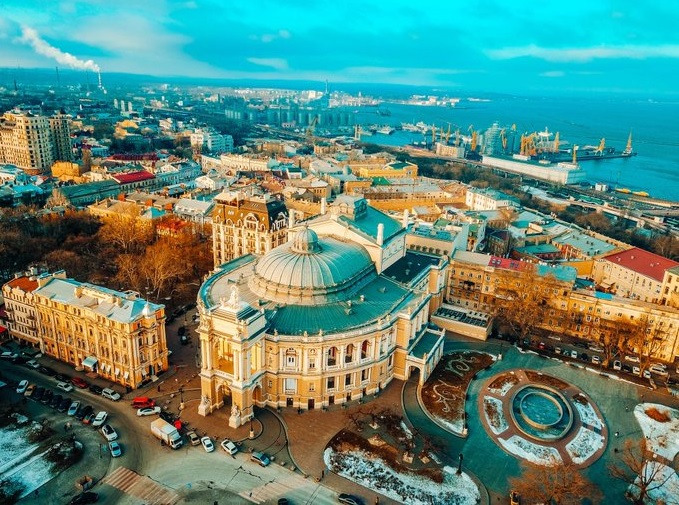 Democracy for perhaps a decade has been criticized, attacked and perjured by many on both the right and left around the world. The hard right has been by far the most egregious assailants (certainly so in America as evidenced by January 6) but plenty on the left express concern that democracy is an inefficient political system or prone to corruption or just doesn’t deliver what they want. Even elected leaders like pretty-boy, Johnny-so-lightly Justin Trudeau pine for authoritarian abilities. But, as Churchill remarked, democracy is the worst political system except for all the others. This isn’t just clever rhetoric, it’s backed up by data and facts. A new study published by the National Bureau of Economic Research finds that repeated elections improve the performance of countries. Specifically, the study reports that “Electing new leaders leads to more policy change, it improves governance, and it reduces perceived corruption…” In Challenging China, we referenced a separate study that finds democracies outperform non-democracies economically, though not by a lot. But why would one choose lesser economic performance and tyranny rather than better economic performance and freedom? Something to keep in mind as Russia attacks Ukraine and we worry about China’s ambitions in the world, including its designs on Taiwan. One important strategy we need to deploy to counter authoritarianism is to start speaking up for the virtues of democracy. Consider yourselves conscripted and armed with data and information. 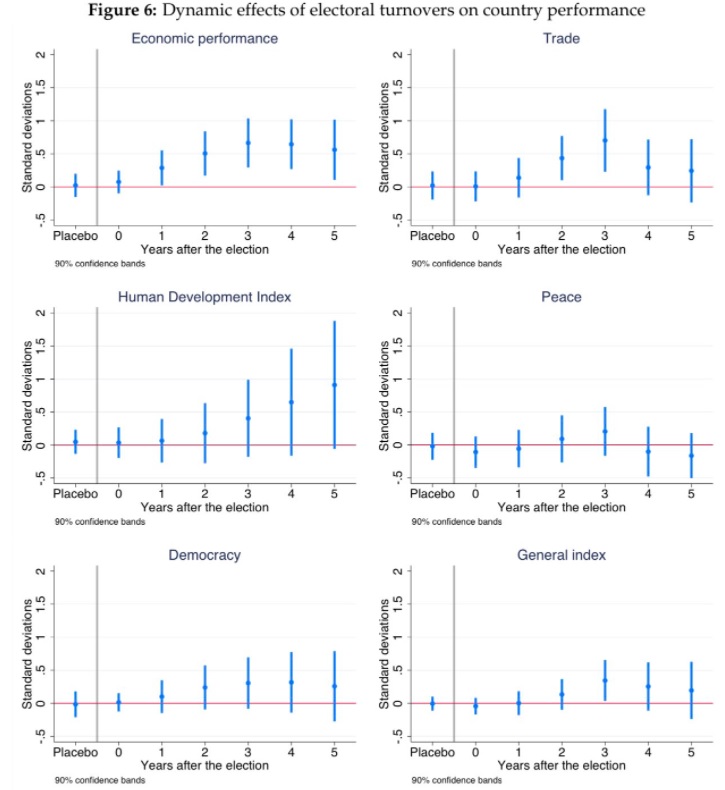 China Corner:  China is not Russia

Russia’s invasion of Ukraine has united the world in many ways but we doubt the world will unite so easily when China invades Taiwan. And the world is also unlikely to push back against China’s continued efforts to remake the international order into one that makes the world safe for authoritarianism. That’s because China is far larger economically than Russia, far more entwined with other countries’ economies and not at all shy about leveraging its economic importance. Look at the table below. China is the largest export market for far more countries than is the U.S. and certainly way more than Russia. China is the leading import source for five times more countries than Russia, nearly twice as many countries as America and the same number as the E.U. The E.U., Japan, South Korea and the U.S. have all levied significant sanctions against Russia. Do we really think Germany will let Audi and BMW be hurt economically by installing sanctions against China? These companies largest market is by far China with more than a third of their sales to China. Or what about Apple which receives more revenue from the China market than from the U.S. and assembles their iPhones, iPads and computers in China? Will Starbucks give up the China market? The coming battle with China will be far more difficult than the current one with Russia and the same types of strategies will likely not be used. The world needs to start strategizing how to deal with what is likely coming, and in some cases, already arrived.

India’s Multitudes, Wealth’s Effect on Wildlife and Shoe Challenges... The State of Covid, Where the Wealthy Live and Asking the Wrong China Quest...
Scroll to top