The airplane mask debate masks the real problem. Airplanes, because they circulate air from the outside so effectively, are likely the one place inside you are most safe from contracting Covid-19 or other airborne diseases (at least while the airplane’s engines are running). In our recent flying experiences, we had no problem wearing a mask. But really where the mask was most needed was in the airport not the airplane. In fact, it amazes us that there has not been a larger effort the last two years to introduce more effective air filtering systems into buildings, including airports. Even better than wearing a mask in a grocery store would be if grocery stores (and all other retail outlets), had installed effective air filtering systems into their buildings. People complaining about mask mandates are correct to point out that wearing a mask to enter a restaurant does little good when once you are seated and eating you take off your mask. But, again, if these restaurants installed better air filtering systems, we’d be far more safe. The same is true for schools, colleges, sports arenas, churches, office buildings and everywhere else humans congregate.

Sure it would be expensive. Governments should subsidize or otherwise provide financial incentives for businesses to install these systems. We are amazed that of the trillions of dollars that federal, state and local governments have spent to combat the pandemic, more is not being done to implement one of the most effective measures we could do to limit the spread of Covid—and many other airborne diseases. We lie, we are not amazed we didn’t do this since America has been quite adept at arguing over inconsequential matters while ignoring the most important ones right in front of our noses (matters we should prevent going up them). We filter knowledge and facts through the most dangerous moment of our lifetime, how to diversify global supply chains and China’s semiconductor espionage. It’s this week’s International Need to Know, the French Quarter Festival of International Information and Data. 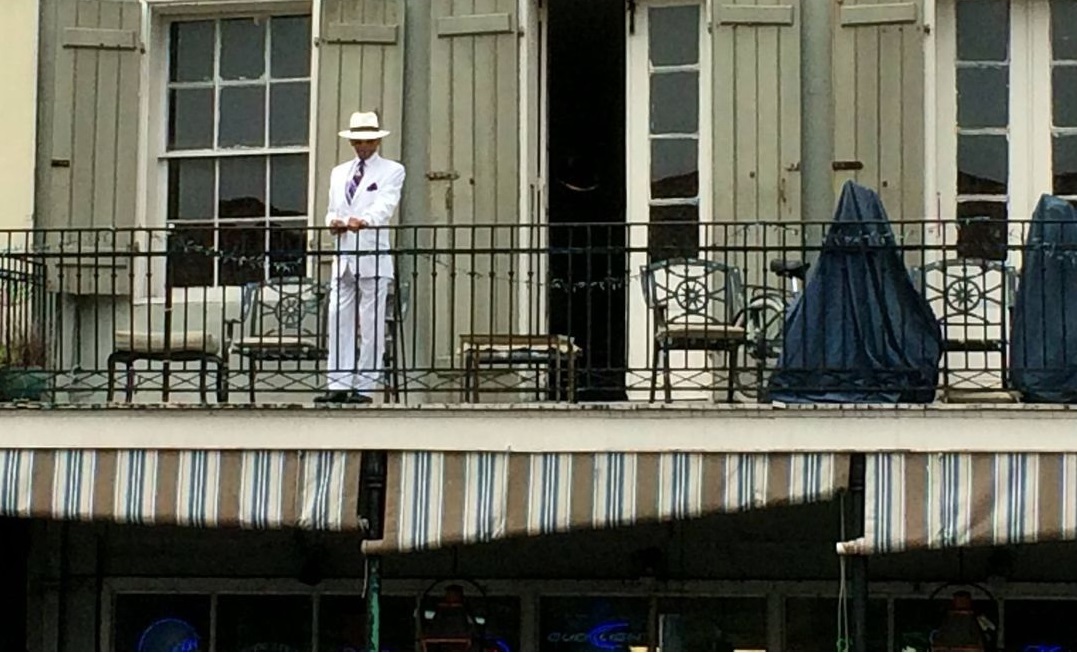 We took this photo while in NOLA for the 2015 French Quarter Festival, which started today. Who is this mysterious man in the white suit. Wrong answers only.

The Most Dangerous Moment of My LIfetime

Ever since Putin’s Russia invaded Ukraine in an attempt to erase it off of all maps, except for those held in the human heart, the free world has been faced with a series of difficult choices.* Because the morality of this war is so unusually stark, we often don’t recognize how difficult the choices are for leaders, including and especially U.S. leaders. Putin’s decision to invade Ukraine is a moral atrocity and so far a strategic defeat for Russia. As we argued earlier, the invasion has nothing to do with NATO and indeed Russia had an opportunity to build a productive alliance with Ukraine as recently as 2013, when 88% of Ukrainians had a friendly view of Russia. Such an alliance is now impossible for the foreseeable future and certainly until governance changes in Russia. The Russian invasion has brought Europe together and strengthened alliances among many democratic countries (though not all). The U.S. response to the invasion has strengthened over time with more weapons and intelligence provided and Biden correctly naming what Putin and Russia are doing in Ukraine. The war is an existential one for Ukraine. Russian words and deeds have shown that. Should Ukraine lose to Russia, the atrocities of Bucha will be replicated country-wide. It is a war of genocide. Keeping all of that in mind, Russia is a nuclear power with a nationalist ideology, imperial aims and ruthless leadership. It is the nuclear part of this equation that constrains U.S. actions. Nuclear blackmail sets a terrible precedent for other countries to follow. We need to be careful about giving into such blackmail but we also can’t ignore the nuclear danger. Our leaders’ decisions are fraught with danger. Making sure Ukraine defeats Russia makes sense from all angles save the nuclear tail risk one. Be glad you are not the one making the decisions. It is not nearly so easy as you think.

*Non free countries like China are either faced with easier choices or ones based on different goals. China, as we noted at the beginning of the war, will concentrate on weakening free countries, especially the U.S. Thanks to Ukrainian courage and smarts, the hand China has been dealt is far weaker than they anticipated when Russian tanks and infantry crossed into Ukraine. 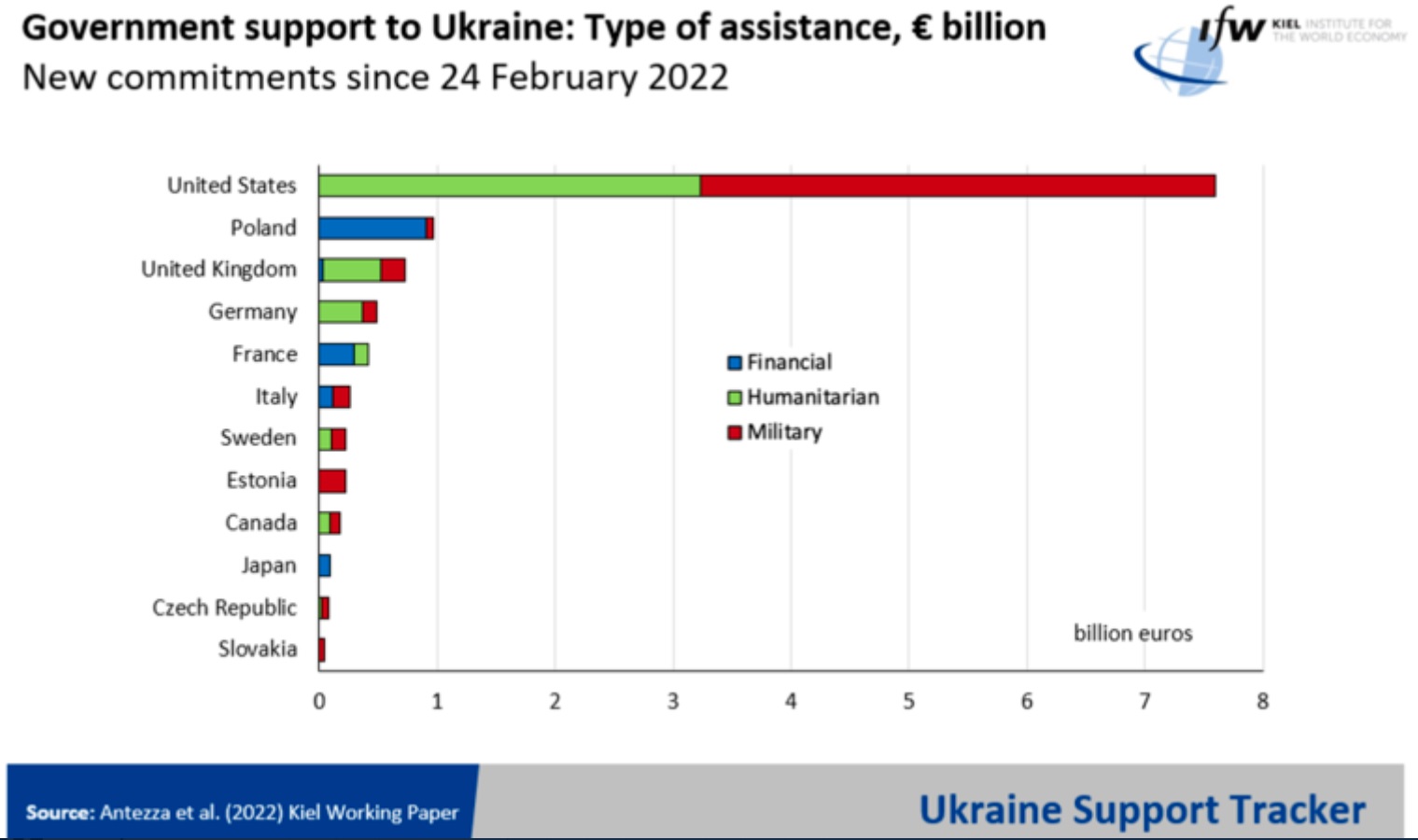 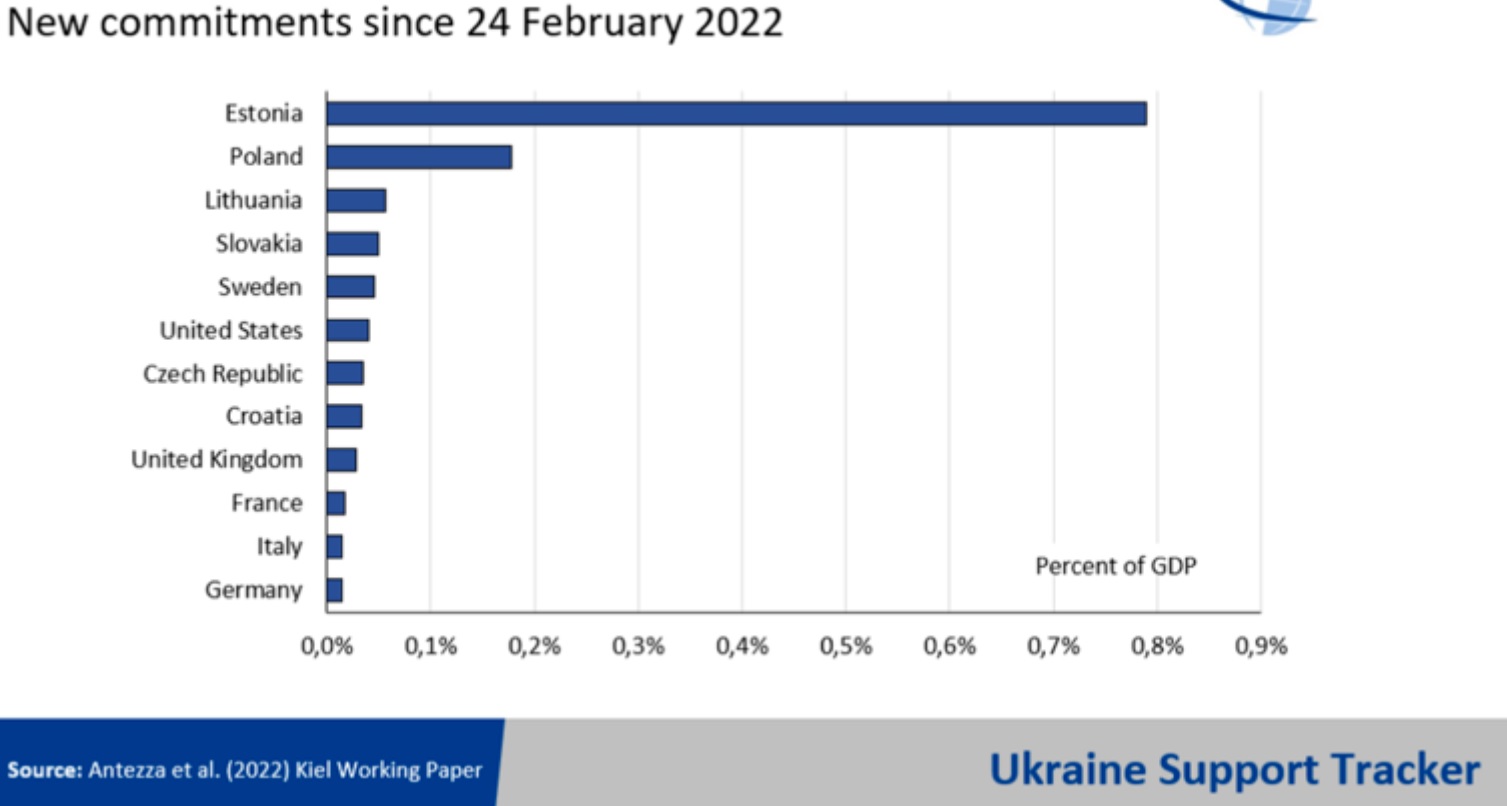 During the last two plus years of the pandemic (What? It’s been more than 20 percent of a decade? Yikes!), people keep saying global supply chains have been fragile. But they are leaving out a key phrase when they do so: “compared to what.” Global supply chains have shown some stresses but compared to every country manufacturing and assembling everything in-country, they are far more resilient. But, like an old fashioned corporate board of directors, global supply chains do need to diversify. Too much of our supply chain is still dependent on China, as again is evidenced by challenges for companies during the current Omicron shut-downs there. Well before the pandemic, manufacturing and assembly were moving to Vietnam from China. But Vietnam, a country of just under 100 million people, about 25 percent smaller than Guangdong Province, one of the manufacturing hubs of China, cannot absorb enough manufacturing and assembly to truly diversify global supply chains. Other countries need to step up. We have been hopeful that certain countries in Africa will be new African Lions mirroring the previous Asian Tigers. One factor people worry could prevent this is manufacturing wages in Africa are “higher than countries at similar levels of development.” But a new paper finds that this is likely not a factor in African countries lagging in manufacturing capability. It asserts “while unit labor costs matter for competitiveness of the manufacturing sector [in Africa], the most potent factor of manufacturing performance is labor productivity.” So, the authors suggest policy makers should concentrate on policies that improve labor productivity in their countries to encourage growth in manufacturing. Feed the lions. 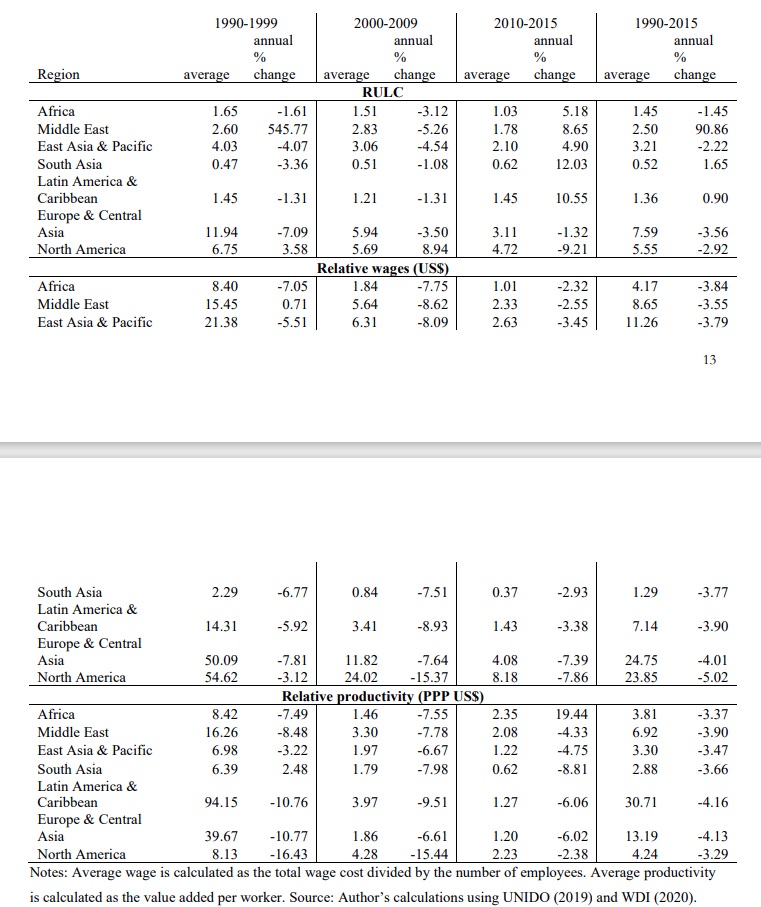 We have expressed, if not confidence, at least informed hope that China won’t invade Taiwan until it is self-sufficient in fabricating the most sophisticated semiconductor chips. Of course, very recent history shows that deluded authoritarians can make catastrophically misguided strategic decisions. And, China is doing everything in its power, including of course, espionage, to build its own sophisticated semiconductor chip industrial capacity as soon as possible. According to Reuters, to access Taiwanese talent and technology, “Chinese firms have increasingly masqueraded as Taiwanese or foreign businesses, using front companies, or tax havens such as the Cayman Islands, to hide their origins.” They are using these companies both to hire talent away (Taiwan is examining passing laws to prohibit such talent poaching) and to steal designs and blue prints for chips. Taiwan’s TSMC designs and fabricates about 90 percent of the most sophisticated semiconductors—those smaller than 10 nanometers. If Taiwan is invaded and TSMC destroyed, as it surely would be, it would be devastating to the world economy, and thus to China’s. The sooner China has sophisticated semiconductor capability, likely the more confident it would be to invade Taiwan. Follow the chips to understand the possible future of Taiwan.

The Great Immigration Competition, What Indonesians Think, and How Long Will... Silicon Forest Through Social Media Trees, Plastic Eating Bacteria and China...
Scroll to top