The Great Immigration Competition, What Indonesians Think, and How Long Will Xi Be Around

We are a big fan of Johnny Cash. In fact, before we were married on most Sunday mornings coming down we made pancakes while listening to the man in black. So we were tickled to see a photo of him outside the non-descript Greek restaurant we ate at in Bellingham earlier this week asserting he had eaten there on August 14, 1991. We presume he must have been performing at the fair in Lynden, north of Bellingham, or perhaps at the historic Mt. Baker Theater (what makes it historic you may ask? Isn’t Johnny performing there enough to be so?).

It all caused us to wonder, not for the first time, what music will survive into the distant future. People still listen to Beethoven and Bach centuries later but what music of the 20th and early 21st centuries will still enchant in 2222 or 2350, presuming there are still humans around with ears to listen. We guess Louis Armstrong’s music, which is still going strong more than a century after his birth, will. His cover of What a Wonderful World still racks up hundreds of millions of listens on Spotify and YouTube.  Who else? The Beatles? Tupac? We don’t know. What about Cash? Will someone 300 years from now make pancakes, or whatever humans are then eating, while listening to his baritone providing deep musical wisdom? Feel free to send us your ideas of which musicians will endure as we whisk into our global bowl what the next great international competition will be, why we should care what Indonesians think and how long will Xi Jinping be around. It’s this week’s International Need to Know, an international data and information man of peace in Reno and everywhere else. 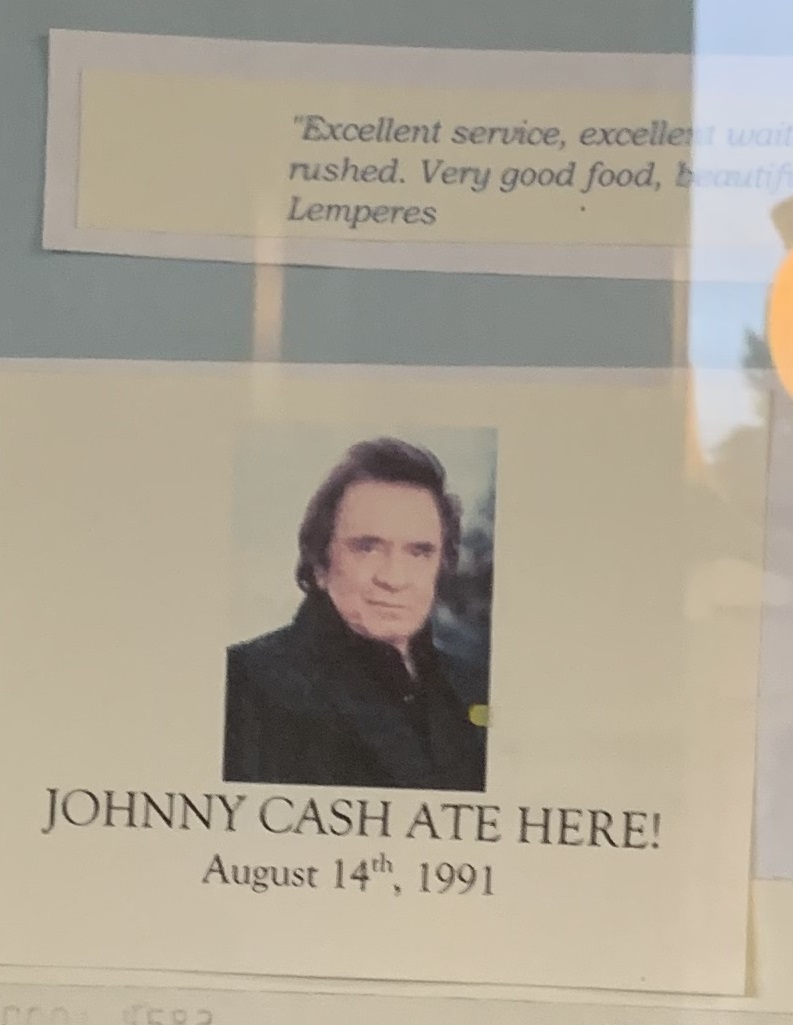 We don’t tackle Russia’s invasion of Ukraine this week (except on the margins) but we expect the coming days are crucial. More soon.

We are often told that one of the factors that drove the emergence of right wing extremism in various countries over the last decade is unfettered immigration. Maybe so. But we see new evidence backing what we’ve been predicting: that in the future countries will compete furiously to attract immigrants. That’s because most of the world now has aging demographics and eventually even Africa, one of the lone high fertility hold-outs, will also descend on the long gray trendline. Countries will need more people, including talented ones. The U.K. has been one of the leaders in taking in Hong Kongers fleeing the ever increasing authoritarian crackdowns there. And last week, the UK announced a new visa for “high potential individuals.” The policy announcement states, “High Potential Individuals will be given permission to stay for two or three years depending on their degree level and will be allowed to take up employment without sponsorship, set up a business or work as self employed.” The visa doesn’t lead to a path of living permanently in the UK but we bet it will in the future. Meanwhile, we saw this post about all the talent exiting Russia. It is misleading since at least until this year, Russia had a net positive migration rate. But nonetheless, people are paying more and more attention to global talent migrations. Soon it will be obvious this is the great competition of the 21st century. 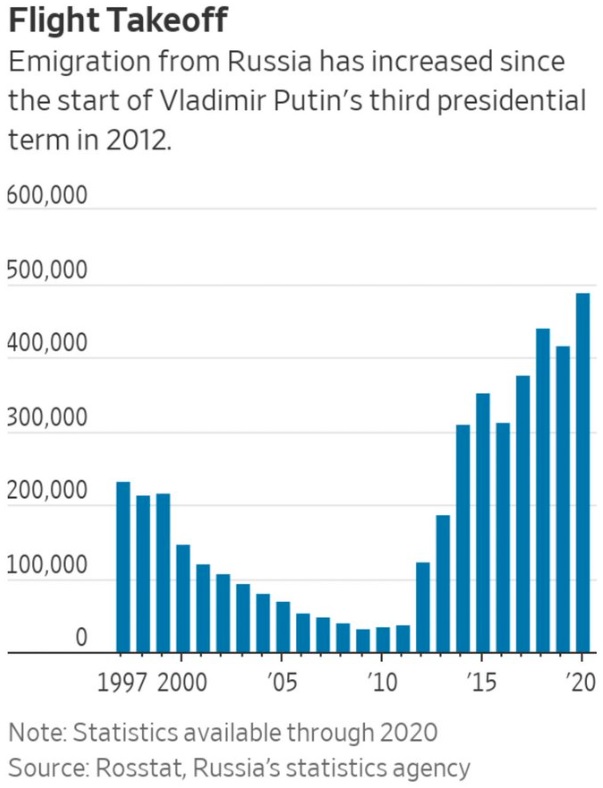 What Do Indonesians Think?

It’s the fourth most populous country in the world and yet it garners very little attention, including perhaps here in these environs. We aren’t about to set up an Indonesian Corner but today we do examine what Indonesians think thanks to a new survey by the Lowry Institute. Indonesians, like much of the rest of the world, are increasingly wary of China, including concerns about China’s investment into the country. Indonesians rank China as the country’s greatest threat (see chart below) and have very low confidence in Xi Jinping doing the right thing (see second chart below). Of course, being authoritarian doesn’t always get you in trouble in Indonesian’s eyes since Saudi Arabian Crown Prince Mohammed bin Salman Al Saud (MBS) ranks second highest in leadership with 57 percent of Indonesians having either some or lots of confidence in the killer of journalists. Of course, maybe they have confidence in MBS to do the right thing because Indonesians are none too keen on the news media who are barely above celebrities and influencers in trusting that they are accurate and fair sources of information. The entire survey is full of interesting information, including how Indonesians feel about China compared to the U.S. Peruse it at your leisure and in general we should pay more attention to Indonesia (we will). 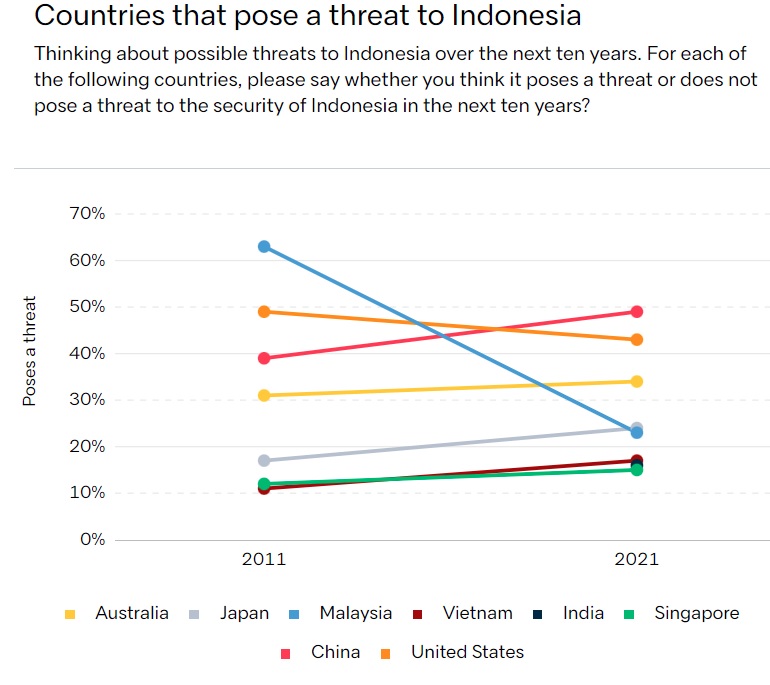 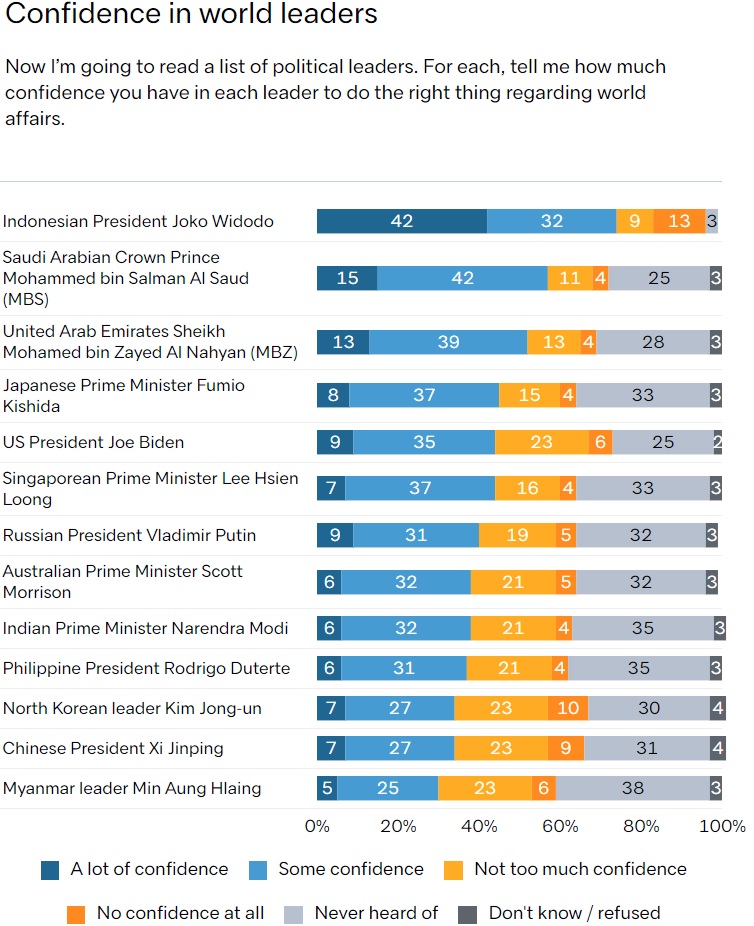 The world is in constant flux. That’s become very obvious the last few years but really has been true for 170 years, ever since the effects of the Industrial Revolution started to be felt. So don’t be shocked when we tell you that Xi Jinping will not be exercising his increasingly authoritarian grip forever. We are not predicting the shutdowns in Shanghai and other parts of China, which are causing real social and economic harm, portends the end of Xi. But his road to a third term expected to occur in meetings late this year is no longer paved in shining yellow and gold. Now the main challenge to predicting what will happen in China is, as we noted a number of months ago, we don’t know how decisions are made there. The ruling clique is even more opaque than it was in the past. But we assert that heavy handed authoritarianism, as you see in the photos below urging Chinese to “Watch Your Own Mouth or Face Harsh Punishment” are not sustainable. China will likely get to a more competent place in Covid as they did after Wuhan (though it is not a guarantee–see this thread on Chinese complaints about Covid policy*). But with a new slower economic growth era, an ever heavier hand on the social ship and a more complicated world to navigate, at some point the veneer of the wished for perpetual ruling machine of the Communist Party of China will rub away. Likely sooner than any of us anticipate.

*China is in a very difficult position of its own making. It won’t use other countries’ vaccines but its own vaccines are less effective. Yet another study released this week offers evidence of this. If China gives up its Zero-Covid policy, many Chinese will die. But to control the more infectious Omicron requires the most hard lockdowns imaginable with corresponding economic and social consequences. For the sake of Chinese lives, we hope anti-Western Vaxxer Xi will start using more effective vaccines. 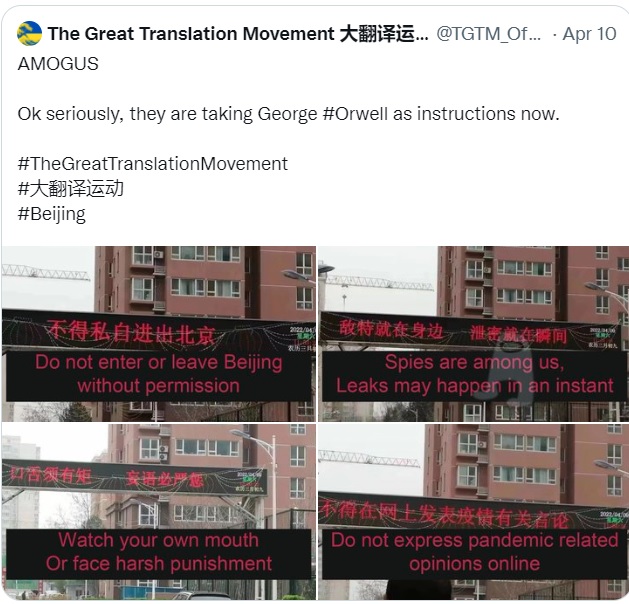