American Country Music in Africa, Competition for Immigrants and Companies Concerns in China

We walked down the Interurban trail to get a photo of the homeless people’s beautiful garden, a bit chagrined that they managed to build something more beautiful than our currently weed-laden front yard. Early in May as we rode our bike down the trail, which links Seattle all the way 30 miles north to Everett, it was blocked by a homemade wooden structure on wheels. As we slowed to avoid it, we noticed over in the grass next to Washelli Cemetery a foundation had been built. A woman and her brother were literally building a house just off of the trail and were about to wheel the structure onto the foundation. We were both impressed and a bit depressed. We talked a bit with the sister, listened to her story of how she and her brother became homeless and eventually rode off. We ride frequently on the trail and so earlier this week we decided to write about this homeless house, which has grown more into a compound, and take a photo of their garden. But as we walked up to it we saw a man straddling a bike in animated conversation with a homeless man, perhaps the brother of the woman we met. As we drew closer we saw the man on the bike had a bloody nose and blood all over his shirt and pants. The shirtless, homeless man, very agitated and somewhat crazy-eyed had punched the guy on the bike.

We already had our phone out having intended to take a photo of the garden but the homeless man marched up to us and screamed we were breaking the law by trying to take a photo. We asked calmly and politely if we could take a photo of the garden. He seemed a little surprised we had not yelled back at him and agreed. We asked both him and the bloodied biker what had happened. The biker started to explain but the shirtless man started screaming and shouting his defense claiming the biker had come onto his property. Suddenly another homeless man strode out of the compound onto the path and began shouting too. He screamed we were on their property as the biker and I stood on the public walking/biking path. The shirtless homeless man said his country was not treating him right, that he was a combat veteran. I asked where he was from and he replied, New Orleans, which provided us an opening since, as readers know, that is our favorite city. We conversed for a bit about NOLA and the two homeless men calmed down and eventually went back to work on their compound. We walked down the path with the bloodied biker. He told us the path had been blocked by the two homeless men and their belongings and he “warned” them this could risk their being thrown out of where they are living. And thus, asserted the man, the shirtless homeless man punched him in his face. The biker seemed a bit mentally slow, but perhaps that is because he had just been hit in the nose, hard enough to bloody his whole frontside.

As we walked back home, only six or seven blocks away, we again pondered this foreign land we live in. A block from our house, the cross street was closed—two families had barricaded it from either side to allow them to play with their children out in the street. They, too, had claimed their territory. From here we walk, a bit puzzled and confused, to American country music in Africa, competition for immigrants and companies concerned about China. It’s this week’s International Need to Know, impressed and depressed in a foreign land. 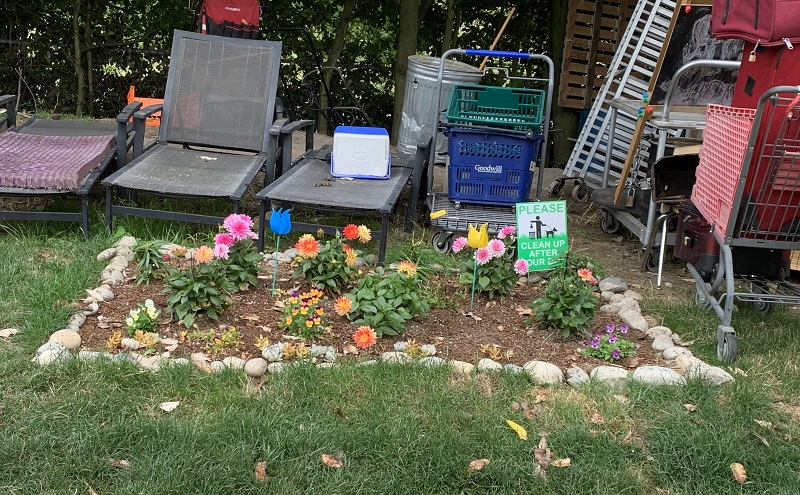 More than once we’ve called cultural appropriation one of the greatest forces for good in the world and if you don’t believe us we present the example of some rural Africans love of American country music. We first learned of this a few years ago in the wonderful Jad Abumrad’s podcast series about Dolly Parton which included a segment about an African artist who covers numerous Dolly songs. Fittingly over the Fourth of July weekend the economist Alex Tabarrok retweeted The Zimbabwean’s short thread explaining why American country music is so popular in rural Africa “to the point where you can’t go to a bar, party, or wedding without avoiding it.*” American country music spurs line dancing at weddings, it was used for protest songs against Apartheid back in the day and it has been integrated with African styles and rhythms. Why is it so popular? The Zimbabwean speculates that “Rural Africans are socially conservative farmers and ranchers so naturally music about cows and trucks speaks more to them than pop or hip hop especially if it gives them an excuse to wear their cowboy hats and boots.” American country music, played on instruments invented in Europe, Africa and the Middle East, has many origins, including from enslaved Africans in the American south. And then many decades later it became popular in rural Africa. The world is not a circle, it’s a Möbius strip.

*And why would you want to?

The Coming Competition for Immigrants

In a variety of speeches the past year and occasionally in this space we’ve been arguing there will be a competition for immigrants in the coming years. Most people don’t believe it given anti-immigrant sentiment helped cause Brexit, the election of Donald Trump and may ripen over time against Ukrainians who have fled their country. But most of the world is now, or soon will be, facing aging demographics. In fact, in the coming decades many countries’ populations will start to shrink sans immigration. And, despite people arguing misinformation rules, it becomes more and more clear how helpful immigrants are to a country, and in the case of the United States, its greatest distinguishing feature. So via a Harvard Business School paper (HT Ethan Mollick) we present the graph below showing where “inventor immigrants moved to and from.” It is for the years 2000 – 2010 (if someone can point us to data for last decade, please do so) but striking nonetheless. The U.S. is number one which explains much of the country’s success in innovation. But note how well the northern European countries do. Japan’s ranking will probably surprise many who don’t realize the country has changed its immigration policy considerably over the years. Also perhaps surprising for many, is how badly Germany does. Germany causes us considerable worry: from its badly influencing EU economic policies that hurt periphery countries, to its short-term thinking on China to its lagging help of Ukraine. More on all that soon. But for now, compete for immigrants if you want to be a successful country. 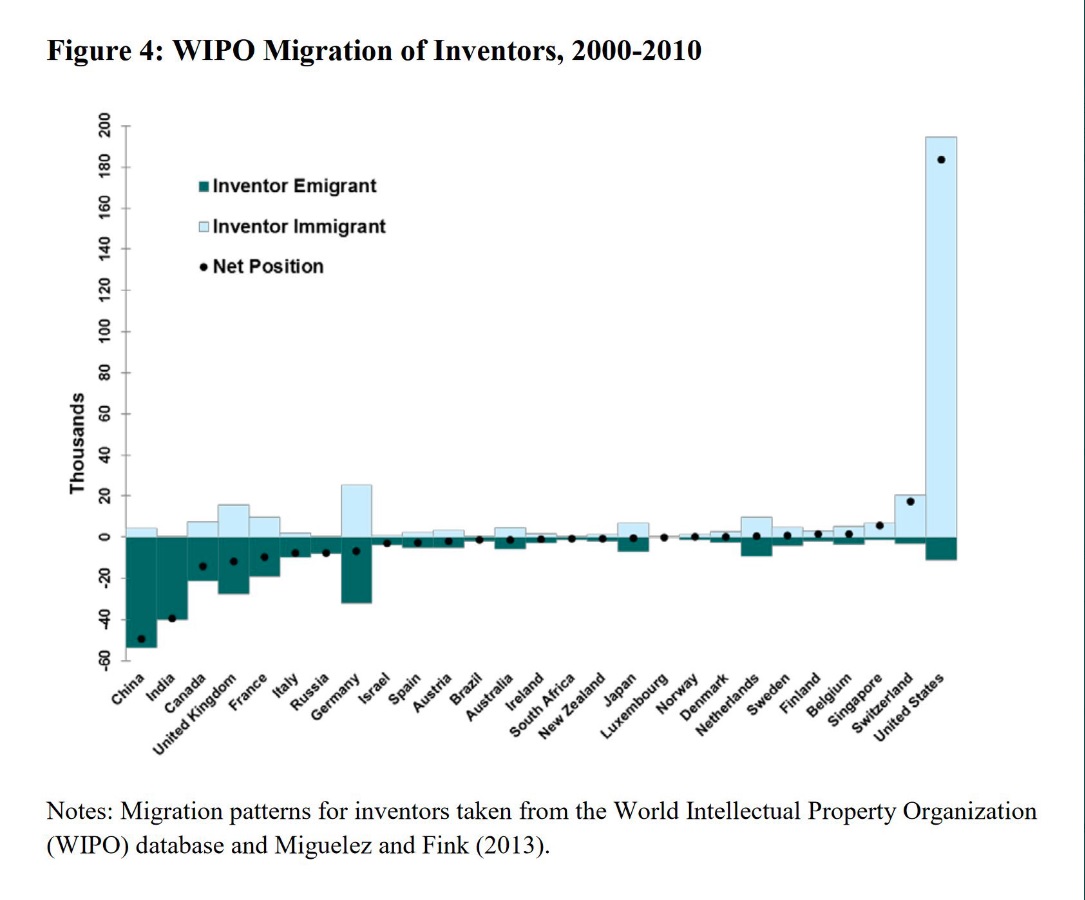 Sometime in the next few days China is going to release its second quarter GDP numbers. They will be positive…and they won’t be accurate. We know that to be the case from all sorts of underlying data but also because of surveys such as the recently released AmCham China Flash Survey on Covid-19 Business Impact. The business organization surveyed just over 100 of its member companies in late June on a variety of questions related to impacts from China’s Covid policies. Survey says: “98% of respondents report an ongoing negative impact from COVID-19 on their business, compared with 100% who said the same in our May survey, citing a range of factors.” So there’s been improvement! Er, uh, yeah. Beyond providing additional evidence of faulty GDP numbers from China’s increasingly unreliable central government, the survey points to possible longer term challenges for the country. “Nearly half of respondents with operations in many major cities across China plan to decrease investments if the current COVID[1]19 measures remain in place for another year.” China’s zero Covid policy might end up being a pivot point for foreign companies, and for China’s economy. Or, maybe the draw of the enormous market (that from hereon will shrink through the rest of the century), will mean back to business as usual if and when Covid finally subsides. 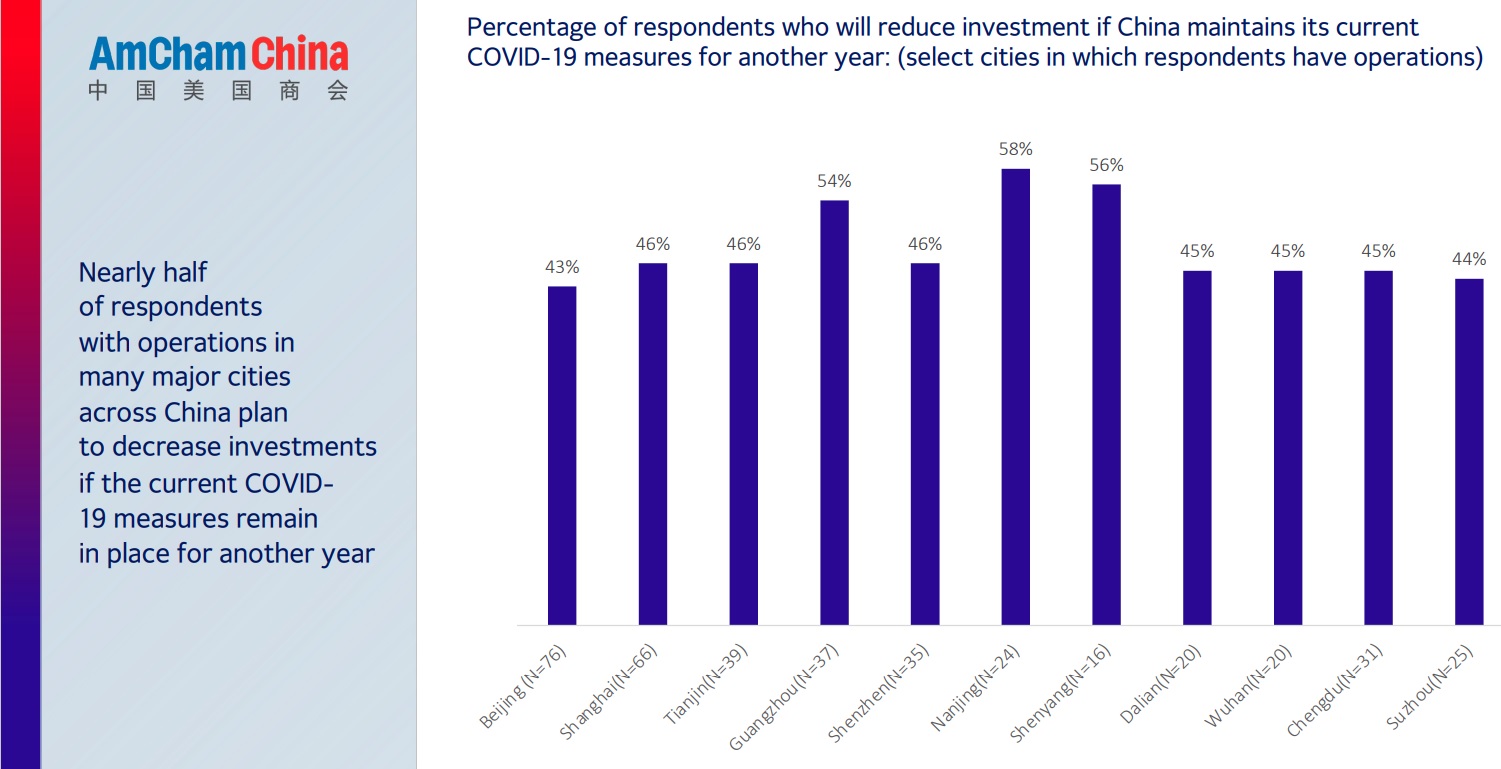 Kinda Good News on Poverty, All Charged Up, and China’s Chokepoint Ch... Erstwhile in Myanmar, The Fake Cricket Match and a Smaller China
Scroll to top