Erstwhile in Myanmar, The Fake Cricket Match and a Smaller China

Personally we are partial to snickerdoodles, the history of which is more mysterious and the origins of which date back to the 19th century, making our time machine far more practical in terms of our particular culinary fancy. Cookies themselves apparently date to 7th Century Persia after which they spread to Europe through the Muslim conquest of Spain or what we now refer to as the 14th Century Cookie Wars. But the modern cookie, what we would recognize and devour today, has it origins, as do most of the splendors of modern day society, to the Industrial Revolution. To this day, that crazy era when human progress first took flight, from which so much prosperity and progress sprung, remains underappreciated, and in some quarters slandered. So whatever your religion, and whether you’re a capitalist, communist, socialist or between, when you joyfully take a bite of whatever cookie tickles your fancy, thank the Industrial Revolution. And thank us for bringing you very tentatively good news in Myanmar, the strange case of the fake cricket game fooling Russians and a smaller China than you realize. It’s this week’s International Need to Know, the cinnamon roll of international information and data.

In the Upside Down version of Ferris Bueller’s Day Off, life really does move fast, but in unfortunate ways with Russia’s invasion of Ukraine, assassinations of former Japanese prime ministers (RIP to a leader who grew in office and drove important economic, social and geostrategic changes in his country) and other assorted challenges and catastrophes. So much so it’s easy to forget other important issues happening such as the continuing crackdown in Myanmar after last year’s coup. And yet there is tentative, possible signs of hope in Myanmar. Joshua Kurlantzick in a blog post at the Council on Foreign Relations reports that “in recent months, the tide has begun to turn significantly. There is now a real possibility that the Myanmar armed forces could lose militarily to the loose combination of ethnic armed organizations and the rebel groups, the People’s Defense Force militias scattered across the country and picking up growing numbers of recruits who are sensing the military’s weaknesses.” We wouldn’t start erecting victory banners but these are positive developments. With the re-rise of authoritarianism in our world, a win by the rebels in Myanmar would be very welcome indeed. There are also some signs the battles in eastern Ukraine are starting to turn in the home team’s favor. Democracy is not dead yet. 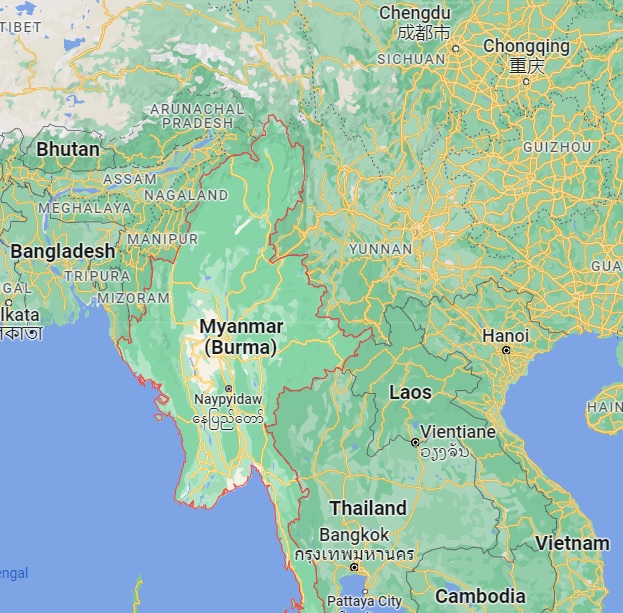 The Strange Case of the Fake Cricket Match

For months we’ve wanted to write something about India’s relationship with Russia, including the two working hand in hand during the recent BRICS conference. But what to say? We are not sure so instead we turn to the strange case of a group of Indian villagers staging fake cricket matches to take money from gamblers in Russia. We delight in just typing that sentence but make no mistake, this is a true story. According to the BBC “Acting on a tip-off, police in Mehsana district of Gujarat last week arrested four men for staging the tournament and accepting bets through social media app Telegram from punters from three cities in Russia.” As you can see in the video below, the Indian scam artists, who in a truly just world would get their sentences reduced through the sheer creativity, ludicrousness and brazenness of the endeavor, found a more or less barren field, paid some locals and used cameras to broadcast the fake matches onto Youtube on which they were watched, and wagered on, by Russians in Moscow, Voronezh and Tver, presumably in pubs after more than one shot of vodka. Said an Indian investigator, “I have never seen a scam like this. These guys just cleared a patch of land deep inside a village and began playing a match and beaming it on YouTube to make money through gambling.” Maybe this story is a metaphor (although true) and says more than we can about Russia, India and our strange world.

China Corner:  China Is Smaller Than You Think

Today we revisit the size of China’s population and Yi Fuxian’s demographic analysis that we reported on last year. Most people state that China is the most populous country in the world at around 1.4 billion. We’ve long known that figure was high and in our book and during speeches over the last year we size China at 1.3 billion. Yi has for a number of years said China is much less populous than official figures by examining the number of people registered in the Hukou system (all Chinese are required to register where they are a legal resident). Now he points to additional underlying data that supports his assertions. He looks at, for example, declines in the purchase of baby-related products such as maternity clothes, strollers and cribs. All of which, as you can see in his chart below, declined in the last six years. From this and other data, Yi asserts that China’s population is now “less than 1.28 billion” and that the population began to decline in 2018. We noted last year that analysts thought China’s overall population might have begun to decline but China officially disputed this. In all likelihood, China is on a long-road of demographic decline. It is also facing a buffet of economic challenges. China remains a dangerous country set on becoming the dominant power in the world, but as we grapple with China, we need to understand the true strengths and weaknesses of what we are grappling with. 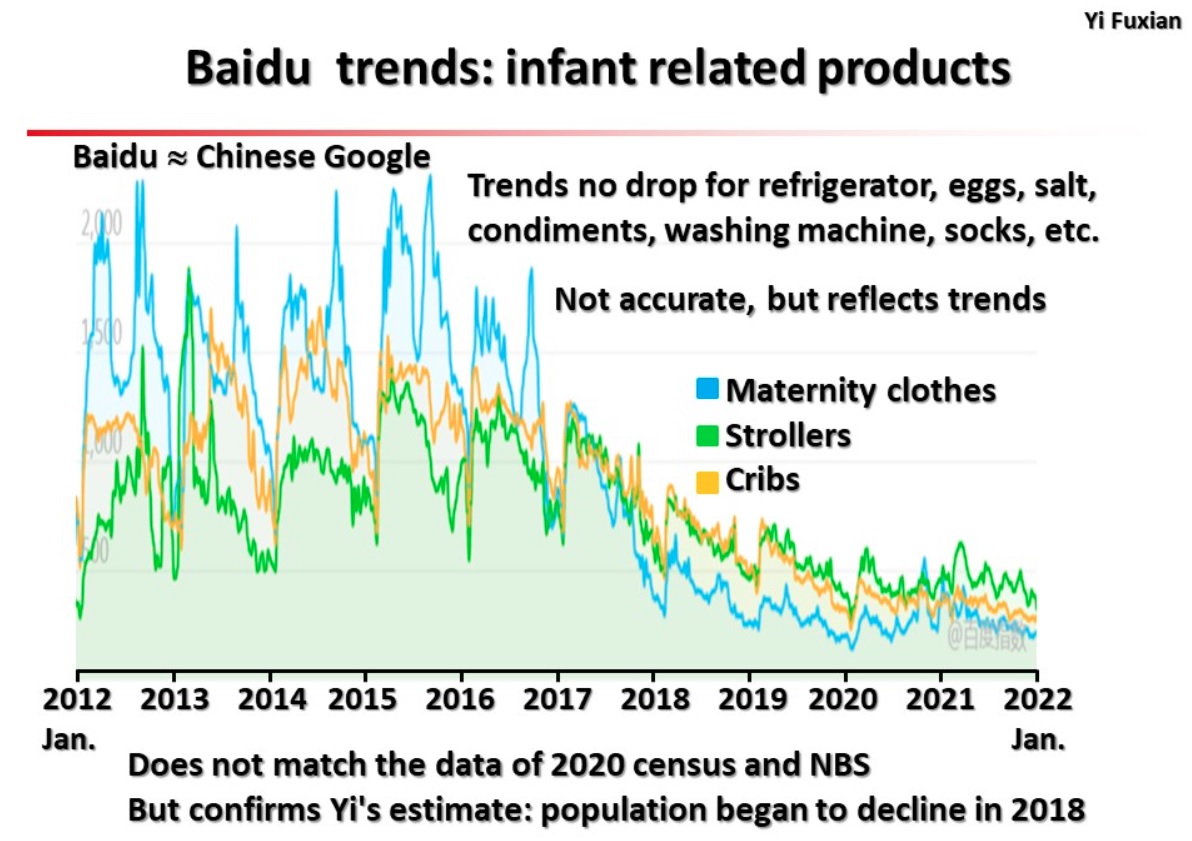 American Country Music in Africa, Competition for Immigrants and Companies Concerns... Did US Cause Global Inflation, Japan Spins Gravity and China’s Continuing...
Scroll to top