Breaking Good, Beer Economics and a Country By Any Other Name

It’s all “Fun and Games.” The best episode of television ever crafted from one of the three best shows ever on television, Better Call Saul, which completed its journey on Monday. Fun and Games was not the last episode of the series but it confronted each of its important characters with the consequences of their choices in realistic yet poetic terms. Gus Fring, the drug mastermind, discussing wine with a sommelier who he will never be able to have a relationship with. Mike Ehrmantrout, the cartel fixer chiseled down to dust by as truthful a remark as ever has been uttered, when Mike’s dead colleague’s father tells him “You gangsters and your ‘justice.’ You’re all the same.” And Saul/Jimmy and Kim for the first time expressing their love on screen as their relationship ends.

And then in one of the more brutal flash forwards in story telling history, Odenkirk’s character fully transforms into Saul. Ultimately Better Call Saul is a love story. In some ways the most realistic one ever depicted on screen. Never showing the fake cinematic moments but rather the every day ways people interact with their partners. There was no single moment where Jimmy and Kim are suddenly together. They just slowly evolve as relationships do—a cozy drizzle rather than a single night of lightning. One of the great wrongheaded story telling cliches, perhaps most famously espoused by David Chase of Sopranos fame, is that people are incapable of change. And in the creative universes these espousers inhabit, the characters are always stuck in the ways of their darkness. If they ever change it is for the worse. Breaking bad in the parlance of the show. And yet people do change, all the time, in all sorts of ways, for good and bad, but often for the former. We have 7.79 billion examples all around us.

Another great genius of Better Call Saul is it shows people changing, in all those multitudes, including the title character, who in the end is Jimmy, not Saul. We enjoyed Breaking Bad but never found it to be a masterpiece. Far too many loved Breaking Bad for the same reason they lauded Scarface—it was their immature, dark fantasy to turn into a bad-ass. They thought Walter White was somehow cool. Breaking Bad was a fantasy. Better Call Saul a tragedy in which a slim light of redemption shined in the end. Like life itself. And like the light of economic decoupling from carbon emissions, the global economics of beer, and a global LGBTQ organization’s strange need to bow to China, we humbly, less ably than Saul’s creators, shed some light on our world. It’s this week’s International Need to Know, declassifying information from around the globe.

We are here to remind you, among many other things, that it is possible to decouple economic growth from CO2 emissions. We do not have to stop our economies dead in the tracks, as de-growthers assert, to deal with climate change. The Breakthrough Institute notes that there are now 32 countries who have decoupled economic growth from CO2 emissions. The Institute documents that “Since 2005, 32 countries with a population of at least one million people have absolutely decoupled emissions from economic growth, both for terrestrial emissions (those within national borders) and consumption emissions (emissions embodied in the goods consumed in a country).” The U.K., Japan, Mexico and the United States have all accomplished this. Many more will do so in the coming years. As you can see in the second graph below, Japan could have decoupled even more if not for moving away from nuclear energy. Oh and by the way, oil demand will soon fall as you see in the third chart below. The world is going through a difficult period right now but the energy transition is in full swing and high oil prices will not be the bane of our economic existence in the future (though other things will be, there is no utopia on Earth…or any other planet). 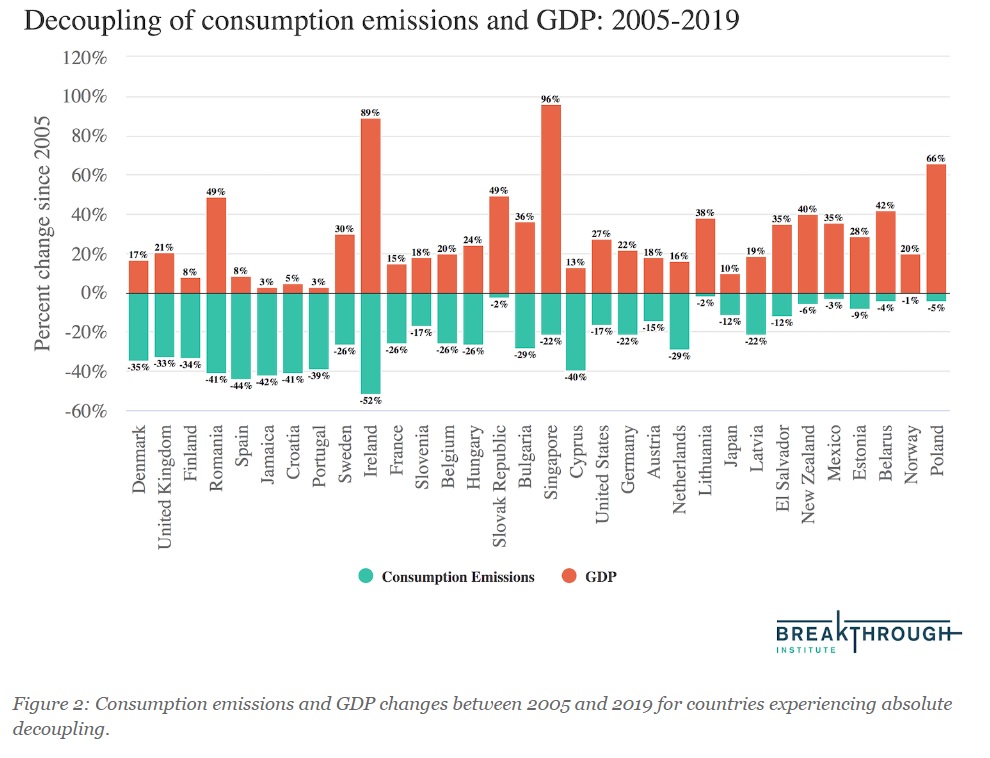 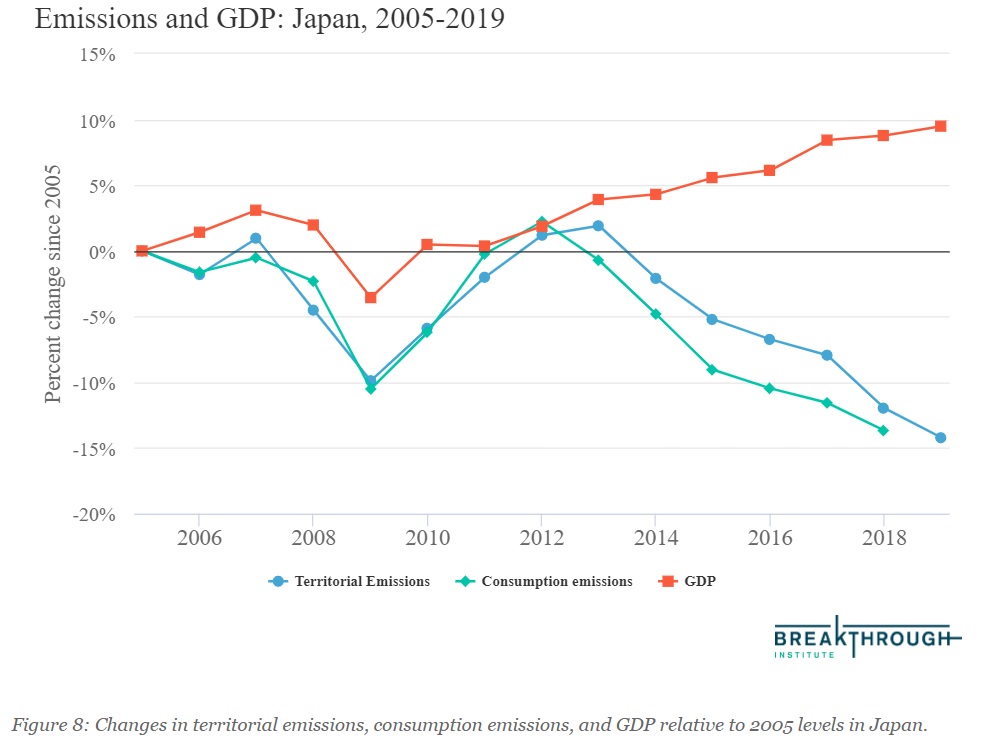 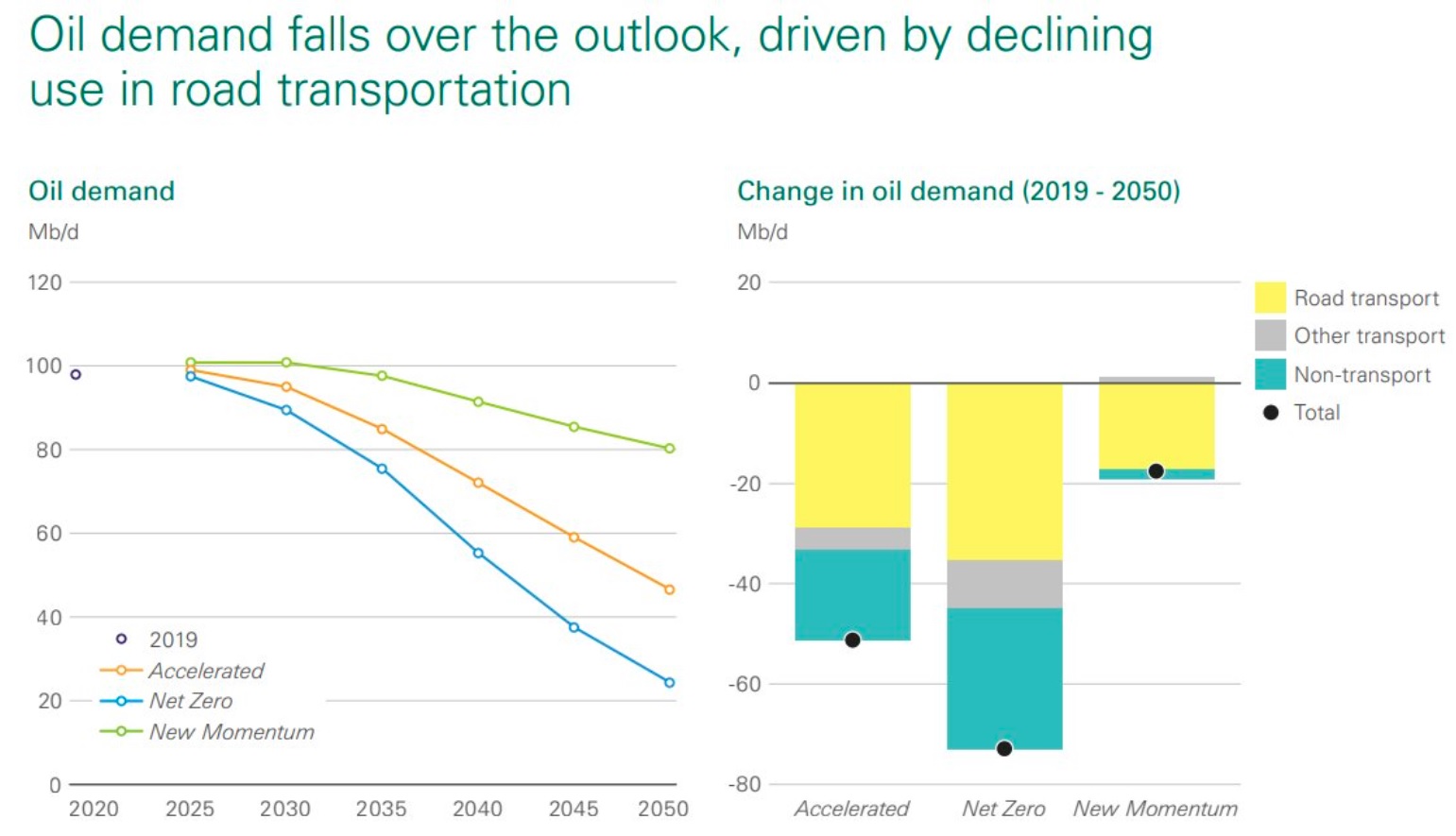 We expect if you are like us, and many spend thousands of dollars yearly on therapists to not be, you have recently enjoyed a cold beer on a hot day. It turns out that a very large number of people do so as chronicled by the Worldwide Brewing Alliance* annual Beer’s Global Economic Footprint Report. Produced by Oxford Economics, presumably during a long weekend bender, the report asserts that “1 in every 110 jobs in the world” is somehow related to the global beer sector, or just under 1 under percent of all jobs. The United States is the largest country in terms of beer sales, followed by China, Germany, Brazil and the U.K. The report also finds that “In six countries, the beer sector directly employed more than 250,000 people. A third of the jobs (2.5 million) were located in China, just over 10.5% in the United States, and 9.5% in Brazil. High shares of employment were also located in Vietnam (5.5%), India (3.8%), and Germany (3.4%).The report also asserts that brewers are more productive than other workers, generating five times the economic output of the average of other workers. Of course, we highly suspect this is because the other workers are drinking the brewers work. 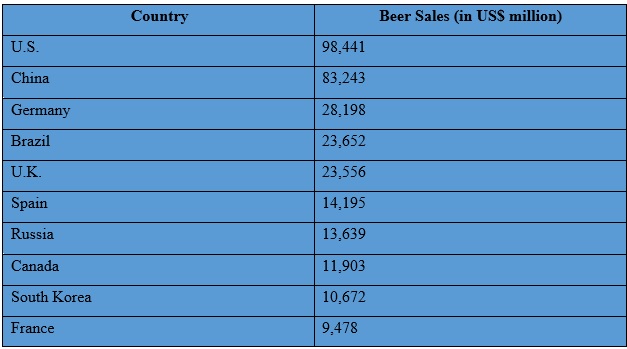 *We picture them at war with the Axis of Wine and the Legion of Cocktails. There’s a war we could actually get behind.

China Corner:  A Country By Any Other Name

We are prudent when it comes to Taiwan policy. We want to protect Taiwan’s freedom, not endanger it and on occasion that means lying low. But there are moments when organizations and individuals move from strategic caution to downright ridiculousness. Taiwan recently won the bid to host the WorldPride event for 2025, which promotes LGBTQ issues. This event is organized by InterPride, an international LGBTQ organization. Last week, InterPride pulled the event because the Taiwan organizers would not remove “Taiwan” from the name of the event. It’s worth noting that when the Taiwanese applied to host the event, its bid was submitted under the Taiwan Pride name so InterPride had to know that was the plan before they approved the bid. InterPride said all previous events used the city host name not the, er, uh, country name. So, for example,  it was WorldPride Sydney not WorldPride Australia. InterPride demanded, presumably at China’s insistence, that the 2025 event be called “Kaohsiung 2025.” So an international LGBTQ organization decided it had to bow to China’s demands, a country which in recent years has been increasingly hostile to LGBTQ people, rather than stand with Taiwan, which, you may recall, was the first country in Asia to legalize gay marriage and has more freedom for all its people than China has for any of its population. We understand when companies and other organizations who depend on China’s market for revenue do such things but are frankly bewildered why InterPride feels it has to do so.

Venezuela and Democracy, Who is Manufacturing, & Companies Worried About... Beer Economics 2, Where the Robots Roam and China Friends With Benefits
Scroll to top