We were knee deep in research for a client this week and chuckling at the fact that the most clicked link this year in one of our posts was for the inflatable Irish pub when red alerts started flashing here at the INTN worldwide headquarters about the great, sudden and unexpectedBrangelexit. We, of course, dropped everything at the news and even wondered whether we would need to cancel this week’s edition of INTN. But calmer heads prevailed allowing us to still dive into the state of the world refugee problem, examine one possible savior of Moore’s Law and speculate about China’s box office. It’s this week’s International Need to Know, paying no attention to the rumor that Angelina Jolie left Brad Pitt for Mr. Brexit, former British Prime Minister David Cameron while we bring you the world’s laundry, dirty and clean, but certainly folded and ironed for your reading pleasure.

One of the more tragic, complicated and perhaps misunderstood stories of the last few years has been that of refugees. The huge increase of refugees has stressed national and international political systems. Which countries have taken in the most refugees? Germany takes the top spot. Perhaps consequently, Angela Merkel’s party did the worst it’s ever done in the Berlin state elections earlier this week. Sweden has taken in the most refugees per a percentage of its population. Perhaps also consequently, the ruling party is at its lowest rating in the history of Swedish polls. This is another example of a transnational challenge taking place at a time when people, whether here in the United States or in other countries, are losing their faith in existing institutions. We discussed the loss of confidence in institutions during the Brexit vote, and the subject is likely to come up often in the future. This all takes place even as in many ways the world is more peaceful and prosperous than ever. But perhaps people anticipate a future with different challenges that will require different structures. Or maybe they’re just scared. We have theories about fear and will delve into the emotion and its affect on the world as we go forward, but one of the grand challenges of our time is to refine current and perhaps develop new global structures that people will trust. 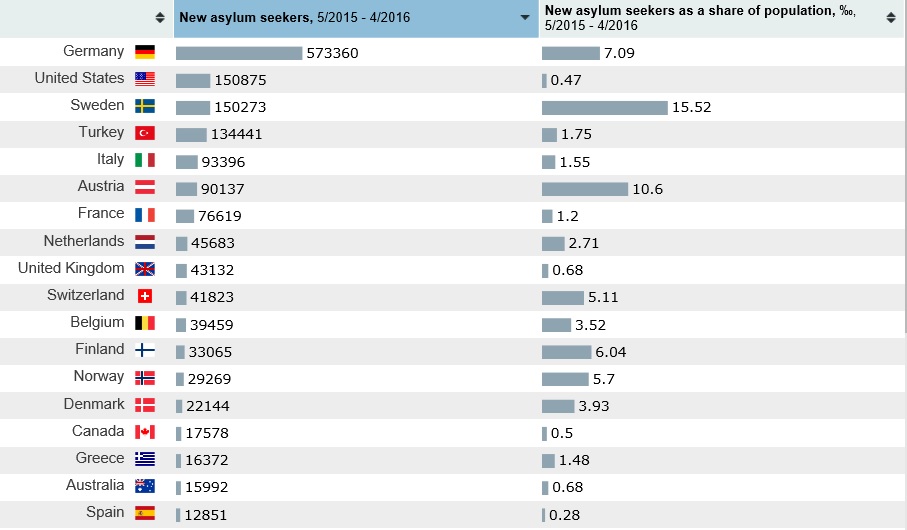 It’s not been talked about loudly but Moore’s Law is slowing. Instead of computer chips doubling in transistors every two years, it has slowed down to every two and a half years. Intel admittedearlier this year this trend may continue and worsen. There are a number of mid-term solutions in the works to keep Mr. Moore and his law happily churning away but we stop for a moment to consider the long-term solution, the paradigm shifting possibility of quantum computers. Such machine beasts could ” take advantage of odd subatomic interactions to solve certain problems far faster than a conventional machine could.”  So who is working on this technology? Lots of people. But Europe leads the way. The European Union outspends in research and funding and has more published research on quantum computers than both the U.S. and China. Moore’s Law may be slowing down but the globalization of innovation is not. 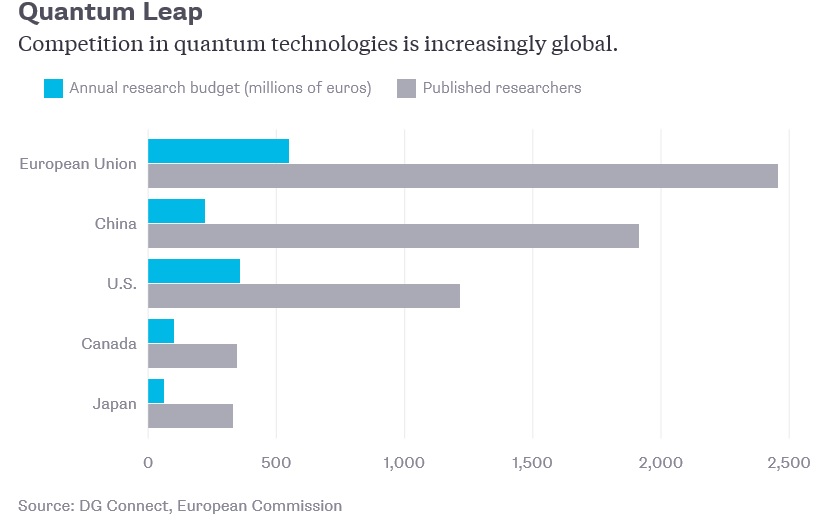 In our continuing quest to figure out what is really going on in China we turn to the movies. Specifically the box office numbers for China. In either a worrisome sign for China’s economy or for the state of the movie business nowadays, we see that box office receipts in China are down 18% percent year over year. Some of the decrease apparently is due to online ticket vendors no longer providing discounts in an attempt to gain market share for their businesses. But even so, that’s a huge drop and can’t be blamed only on horrible Hollywood blockbusters since the government limits the number of foreign films shown in China. No, more than likely this is another sign the Chinese economy is not as robust as portrayed in official economic numbers, combined with unsuccessful movies and the rise of other entertainment for our eyeballs and wallets. But what the heck, let’s blame the lame Suicide Squad anyway.

More Evidence of Peak Oil Usage, Who is Retiring and what is the most popular... Europe’s Electric Slide, Top Airports and Where Women Rule
Scroll to top