Our world is awash in challenges, from global health problems to climate change to economic hardship. Fortunately, there are very smart people working on these problems at some of our finest institutions. For example, two scientists at MIT, noting that people felt 2016 was an especially bad year for celebrity deaths, decided to calculate whether it really was such a bad year and whether coming years will bring even proportionately more celebrity deaths. At the link you can see all the math, charts and graphs but the bottom line is the number of famous people dying each year is increasing because each year there are more famous people than there used to be. 2016 seems particularly bad because there were more “especially famous” kicking the bucket.  But rest assured, the MIT researchers tell us, we do not need to worry about more and more famous people passing away each year because “we may soon reach a time when what will limit the number of famous people we produce will no longer be our means of communication, but our limited attention and human memory.” Even as we forget the name of that singer who died last week we remember to tell you of automobile jobs around the world, the use of solar in developing countries and great progress on malaria. It’s this week’s International Need to Know, working for our star on the Hollywood Walk of Fame one data chart at a time.

Automobile manufacturers have been in the news recently as people assert where cars should and should not be built. This got us to thinking about which countries manufacturer the most number of cars and which countries have the most automobile industry workers. These two lists are very different with the exception of China and the U.S. claiming the top two spots on both (see table below). Russia has the fourth-largest number of auto workers even though it’s not even in the top ten for auto production (Putin’s regime ranks only 14th in production). Mexico is the seventh-largest producer of cars but builds these autos with relatively little labor, ranking only 17th in number of workers. We expect the number of auto workers to fall in the coming years as such work continues to be automated. And what will be the effect on the number of autos produced with the advent of self-driving cars and the continued rise of ride sharing? Will China continue to have 1.6 million auto workers? Will Mexico have a larger market share of cars produced than the U.S.? Will it matter in terms of number of workers? We need Marty McFly’s DeLorean to find out, or, alas, merely wait a few years.

In writing in this space about the ongoing solar power revolution which is on pace to take over energy generation in the world over the next 15 years, we did not concentrate on those who do not have electricity. Not to beat up on ourselves since we’re certain there’s plenty of people eager to do so themselves, but that’s a lot of people not to concentrate on. There are still about 1.2 billion people in the world without electricity, most of whom are in Sub-Saharan Africa but also 263 million people in India remain electricity-less. Fortunately, there’s also a big effort to provide these people electricity, and most of that will be in the form of solar. Currently those without electricity often get their power and heat by burning biomass which is bad for their health and bad for the environment. So this new age of solar power is not only a game changer for how we get our power but also for providing power for those who have none at all. 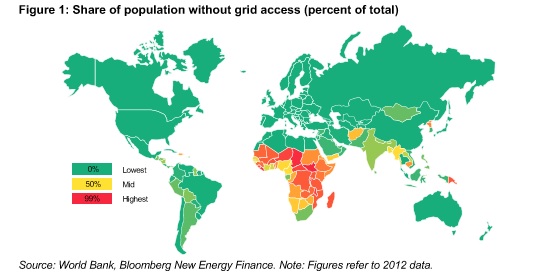 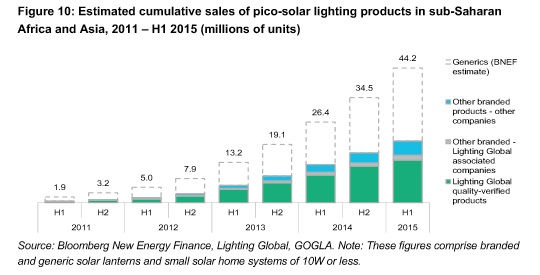 The Continuing Campaign Against Despair

In our continuing campaign to remind ourselves and the world at large that we live in the most peaceful, prosperous, healthy time in history, below we display a graph showing the remarkable decrease in global malaria deaths over the last 15 years. Malaria deaths during that period fell by 66% among all age groups and by 71% among children. And there are efforts to make even more significant progress in the coming years, including progress on a new vaccine. We jump into cesspools of doom and gloom with the best of them but today and most days we can dry ourselves off with towels of good news, including the news of great progress on malaria.

China’s bitcoin, Acid Improvements and European Infrastructure Canada Compared to Venezuela, China a leader on free trade (??!!) and the world’s...
Scroll to top