This week INTN is on the road in lovely Santa Clara, California where we are attending the Autonomous Vehicles Conference. It was a little awkward talking with the Lyft driver on the way to the conference hall telling him we were attending an event that aims to put him out of a job. In fact, a Lyft executive was on one of the panel discussions we attended and we thought about bringing the driver in to ask a question. Just a few years ago such a conference would have been regarded as one focusing on speculative technology and indeed there are still challenges to achieving fully autonomous vehicles–one company told of an Australian partner who informed them the car would need to be able to distinguish between a cow and a kangaroo (they hopped right to the task). But all the companies we talked with agreed that the two main challenges are not building autonomous vehicles that can truly drive on their own, but instead the triple threats of regulatory issues, cultural barriers and hackers. In fact, the existence of the conference itself is testament to the arrival of autonomous vehicles–it is your basic trade show, with networking, trade booths, and rubber chicken for lunch. We might as well be at a vacuum cleaner convention. But even as we prepare to shift into our autonomous vehicle future, we still bring you the results of a global uncertaintly index, information on where to invest for the long term and the big changes in manufacturing costs around the world. It’s this week’s International Need to Know, discarding envelopes from Warren Beatty even as we open up the world to your inquisitive eyes.

May You Live in Uncertain Times 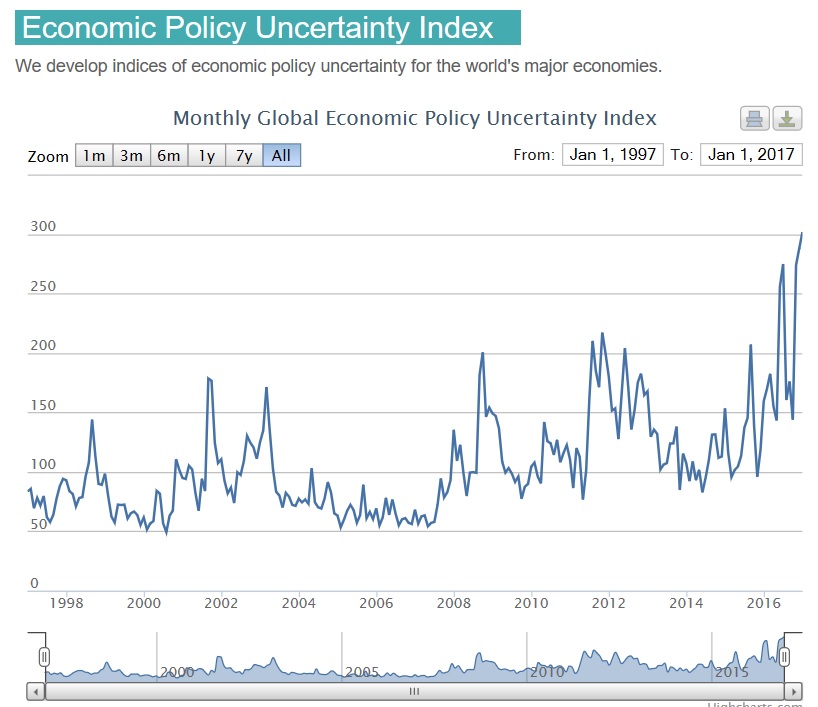 Investing for the Long Term

We are told to invest for the long term. So which country’s stock market has performed the best over the last 117 years? Credit Suisse provides the answer in their 2017 Global Investment Returns Yearbook. There they document the returns of stock markets all over the world dating back to 1900. Surprisingly the country with the highest rate of return over that 117 year period is South Africa, followed by Australia. The U.S. comes in third with a real annualized rate of return of 6.4% (which we note worriedly is below what many pensions plan for). For stock market returns, it’s good to be a resource rich country such as South Africa and Australia. In fact, Credit Suisse notes, “A common factor among the best-performing equity markets over the last 117 years is that they tended to be resource-rich and/or New World countries.” Of course, stock markets are not economies. South Africa has had a great stock market for the long run but it’s economy is problematic. One last historical point of interest: note in the pie charts below which stock markets dominate today as opposed to 1899. A century’s time leads to lots of changes. What will China’s and India’s stock market’s relative sizes be 117 years from now (assuming there are still stock markets in the AI dominated future)? 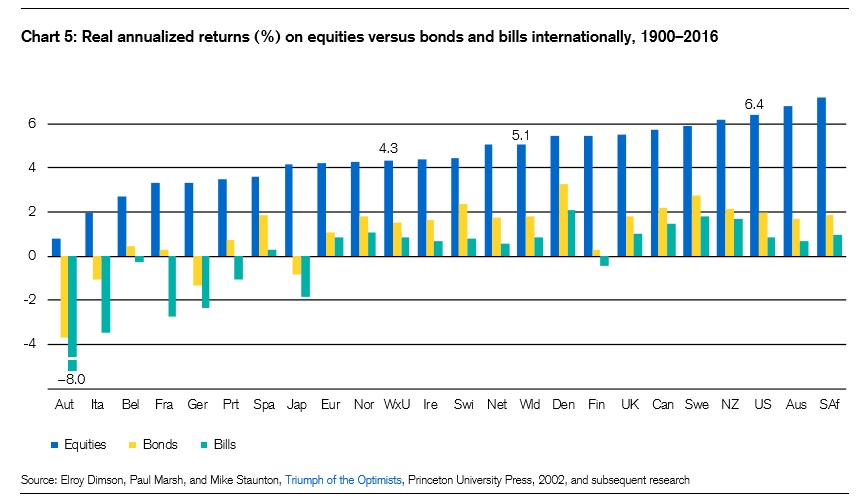 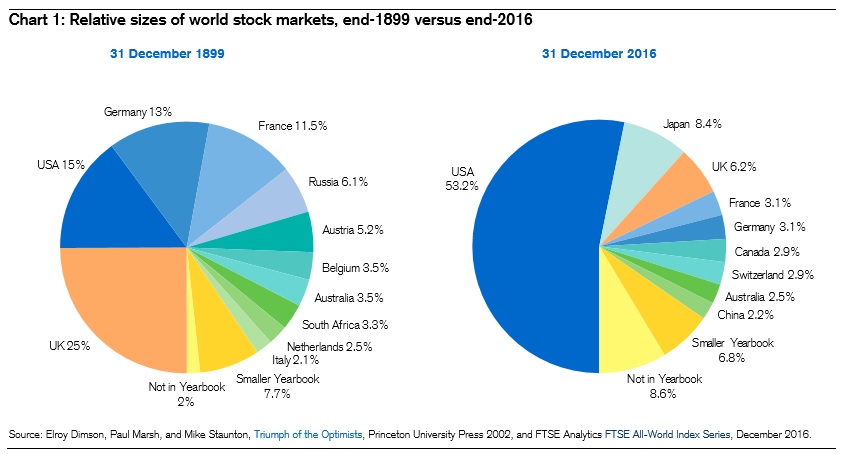 The Cost of Manufacturing

For all the current concerns about China’s economy, its success over the last 20 years, especially compared to other economies, is remarkable. Take the increase in wages, for example. Manufacturing wages have increased since 2005 from $1.20 per hour to $3.60 per hour. That means Chinese manufacturing wages are above the rates of Mexico, Thailand and Brazil, to name just a few. That’s one of a number of reasons China is attempting to transform from a mainly manufacturing exporting economy towards one more reliant on services and domestic demand. 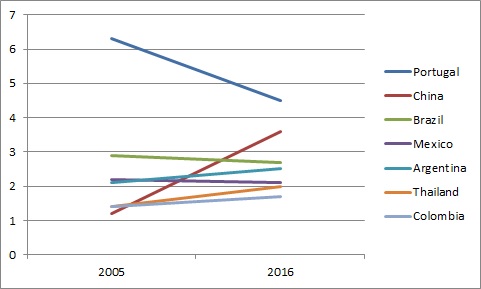 China, India Solar Power and Good News An Argument Worth Having, Economic Winning Streaks and the Best Passports Scroll to top