International Need to Know, as the name indicates, is focused on the rest of the world. We leave the United States, including its politics, to other analysts and commentators of which there is no shortage. But when in the course of human events we elect a president doing and saying things that our current one does and says, everyone has an obligation to speak up. Let it be noted that many years ago we worked for a Republican and on any number of issues are still more moderate than the current Democratic party. But, this is not a partisan issue. Our current president is a disgrace and despite his winning the electoral college should be removed from office. He should either be impeached or Article 25 should be invoked. We tend to take a magnanimous view of people. We are not the sum of our faults, and all of us, including, perhaps especially, yours truly, have them. But despite some strenuous attempts, we are unable to find one redeeming feature of the man currently occupying the White House. His long slow dance with racists, Nazis and white nationalists culminating in this week’s kiss on their cheek is inexcusable. His complete inability to study any issue at any depth below a backyard plastic kiddie’s pool is dangerous. His Lynden LaRouche-like supporter on a street corner providing off-the-cuff remarks on various international issues have put America and the world at unnecessary peril. We look forward to his being removed from office as soon as possible. We appreciate your indulgence in our political haranguing and we admit this week’s catastrophic presidential events lead us to a series of not particularly positive stories, but nonetheless we bring information on where Russian money is, inform you of an India-China dispute and raise awareness of the cholera epidemic in Yemen. It’s this week’s International Need to Know, aiming to tear down statues of international ignorance wherever we find them and promising to erect more positive ones next week.

From Russia With Love, To the World With Money

What does one say about a country like Russia? I haven’t been there in many years but remember its dysfunction well and even from afar can see it like I’ve got long distance 20-20. It’s a troubled country with unfortunate leadership. A new paper, however, charting Russia’s income inequality (we have issues with that part of their paper) reveals some rather startling statistics. Russians hold more wealth overseas than do those in the country itself. Or as the paper notes, “there is as much financial wealth held by rich Russians abroad–in the United Kingdom, Switzerland, Cyprus, and similar offshore centers–than held by the entire Russian population in Russia itself.” But given the facts on Russia’s ground, why wouldn’t Russians store their wealth outside of the country? This kind of statistic is not surprising when one thinks about it. It’s the kind of problem China is trying to avoid but perhaps drawing the wrong lessons in how to avoid it. 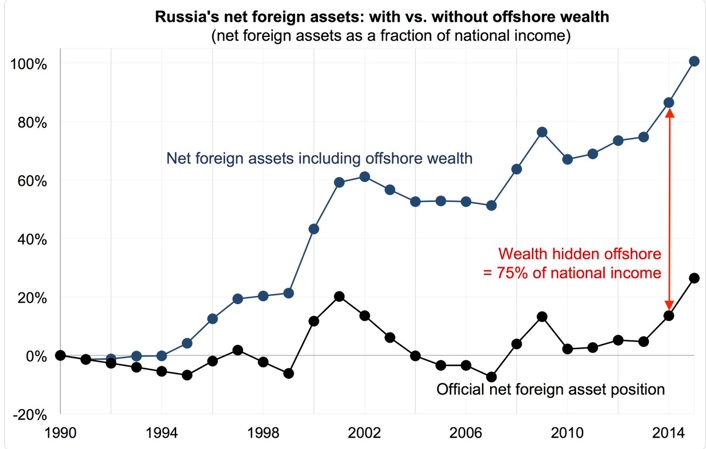 Stop Worrying About That, Worry About This

After talking with your friends, family and colleagues, we have determined you need more to worry about. And so we call your attention to a China-India dispute on the Doklam border (What? You don’t know where that is? Nor did we until a few weeks ago). The border stands between Bhutan and China, both of which claim that piece of geography. We almost wrote about this dispute in this space late last month but it was difficult to verify details and some were disputing the severity of the, well, dispute between India and China. But now comes word of apparently yet another incident between India and China. Reuters, for example, reports that “a source in New Delhi, who had been briefed on the military situation on the border, said soldiers foiled a bid by a group of Chinese troops to enter Indian territory in Ladakh, near the Pangong lake.” That’s India’s view, of course. In a description that seems more from a drunken fraternity battle or an early scene from 2001, A Space Odyssey, the article notes “Some of the Chinese soldiers carried iron rods and stones, and troops on both sides suffered minor injuries in the melee.” This is hardly tanks and cruise missiles but the border dispute has plenty of people nervous about whether it could spin out control. As you worry about North Korea and other matters, save some fretting for this geographical dispute as well. You’re welcome. 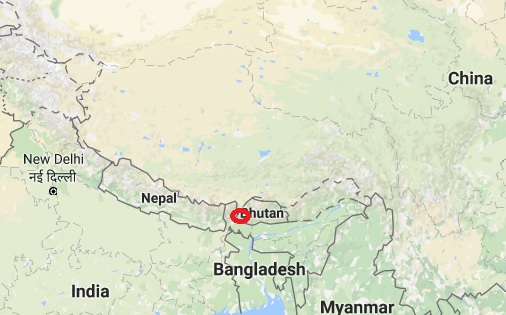 *Disclaimer from our lawyers: Gittes Global Cartography will not be held responsible for any misplaced borders and lousy red graphics

Also speaking of underreported news, according to the World Health Organization, “the total number of suspected cholera cases in Yemen this year hit the half a million mark on Sunday, and nearly 2000 people have died since the outbreak began to spread rapidly at the end of April.” Believe it or not, the news could be worse. Overall cases of cholera have actually declined slightly since July. But, at 5,000 people infected daily, Yemen’s cholera epidemic is currently the worst in the world. The conflict in Yemen is the chief reason for the epidemic. The health system has collapsed because of the conflict preventing access to hospitals and treatments. This is especially tragic because cholera is eminently treatable. WHO reports “More than 99% of people sick with suspected cholera who can access health services are surviving.” BUT, 15 million people are unable to get basic health care. There is certainly more than enough strife in the world. Next week we promise to bring more positive news.