One semester at Willamette University–Harvard, Stanford and Yale alums feel foolish in the presence of Bearcats–we lived in the Canterbury Apartments. It was coincidentally the same semester we were taking Chaucer from one of our favorite professors, Kim Stafford. Kim had a way of pronouncing Middle English so that it was understandable. His voice was almost Jack Nicholson-like, as were the sharp bend of his eyebrows when reading one of Chaucer’s ribald tales. He made Chaucer as fun for us as it was for someone in 1455. When Stafford learned I lived in the Canterbury Apartments, he said we needed to hold class there while we read through the Canterbury Tales. I readily agreed and one afternoon the whole class squeezed into our apartment and drank Mead wine that Stafford brought (in today’s cuckoo, politically correct world a professor would probably be arrested for such transgressions but we figure the statute of limitations is up) and read through the MIller’s Prologue or some such tale. It was a great afternoon and a class full of learning and fun. So we learned with delight last week that Kim Stafford has just been named the Poet Laureate of Oregon. As we toast a glass of mead to Professor Stafford we speak in rhyme about  studying in China, keep a steady meter about what worries the world and make funny Chaucer-like puns about Chinese nicknames. It’s this week’s International Need to Know, making a pilgrimage through the Pardoners, Summoners, Reeves and Cooks who make our world so amusing, complicated and fascinating.

In our continuing effort to understand a world and future increasingly influenced by China, we educate ourselves on education. China now has more African students studying at its higher education institutions than any other country, including the former leader, France. The U.S., of course, has traditionally had more international students, whether from Africa or elsewhere, than any other country (the U.K. is second). That has helped project American culture and values into the world, as well as provided top international talent for the country. The U.S. still has the most international students though the numbers have flattened in the Trump era. China, not surprisingly for an emerging world power with grand ambitions, is hosting an increasing number of international students, from 291,000 in 2011 to nearly 500,000 today. China aims to increase that number even more for a variety of reasons, including growing future world leaders with ties to China. Says Wang Huiyao, director of an influential Chinese think tank, “There are more than 300 world leaders including presidents, prime ministers and ministers around the globe that graduated from US universities, but only a few foreign leaders that graduated from Chinese universities, so we still need to exercise effort to boost academic exchange and educate more political elites from other countries.” The coming decades will see a very different world under very different influences than today’s. 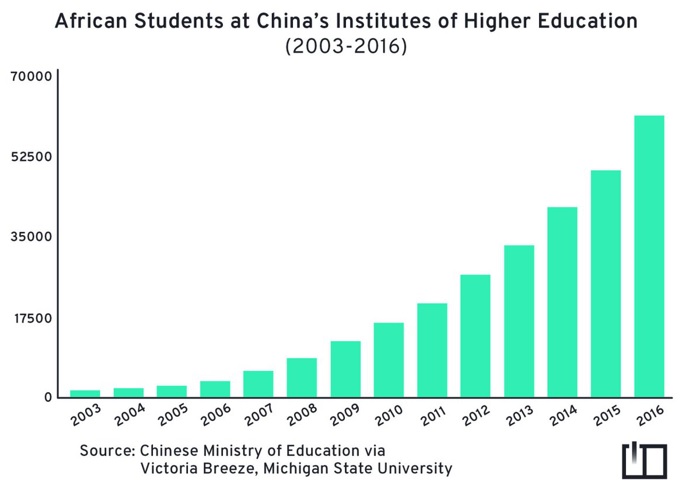 What Are You Worried About?

Are we on the right track or are we, as Dr. John rasped, in the right place at the wrong time? In a survey by IPSOS, which tracks views of people around the world monthly, only a few countries’ populations feel they are on the right track. China stands out as an outlier with 90 percent feeling things are headed in the right direction. Nearly 73 percent of Indians also have a good vibe of where things are heading. But almost all other countries are like Han Solo—they’ve got a bad feeling about this. In fact, only 40 percent of the world’s population thinks things are on the right track. The IPSOS survey also asks what are people’s top worries. This varies quite a bit from country to country. In Japan it’s inequality, in Turkey it’s terrorism and in Brazil it’s corruption. By the way, a PEW Global poll finds that nine of ten international scholars rate climate change as their top worry. That threat does not rate high among the average Joes, Wangs, Kims and Singhs of the world. Of course, this is why action confronting climate change proves elusive. 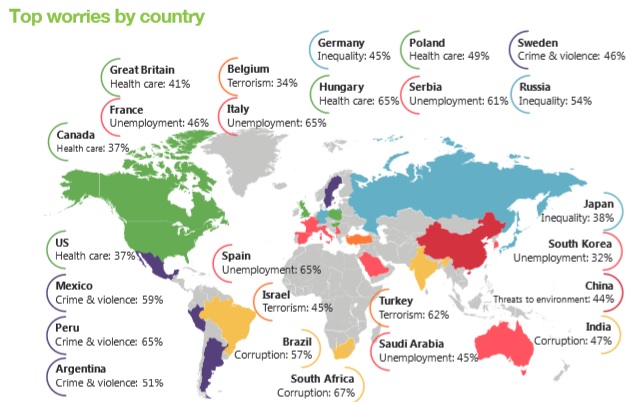 We are a keen observer of the NBA playoffs which are pivoting to the Championship round as we write. Chinese are also great fans of the NBA (we were once stalked by hotel workers in Beijing bugging us for info after having lunch in the hotel restaurant with a former NBA player). So with delight we were pointed to a Deadspin article on the fantastic nicknames the Chinese have created for NBA players: “At their best, Chinese nicknames always seem to combine both affection and shade, producing monikers that both fans and haters can get behind.” Thus Charles Barkley is called a fat pig, but he’s a flying fat pig (飞猪)—high praise, since the character for “flying” normally is reserved for players who take their game above the rim.”  The article points out the visual nature of Chinese characters provides for clever puns and multiple meanings. For example, Lebron James, who travels a lot without being called for it, “is dubbed ‘Six-Step Bron’ (六步郎), using three characters that also sound like ‘LeBron.’ But our favorite is Stephen Curry, which unfortunately is not safe for work. You must click on the link for that glorious nickname and explanation when you get home tonight.