A long time ago in a galaxy far, far away, we majored in mathematics in college. One upper division class we took in our junior year focused on complex numbers. We were in a haze all semester unable to grasp the concepts, but we dutifully crunched our equations and got an A nonetheless, making us suspicious of good grades ever since. We were reminded of this when reading the article, The Peculiar Math that Could Underlie the Laws of Nature. It features the mathematician Cohl Furey who does understand complex numbers and uses them to explain fundamental forces of the universe. But Cohl Furey, it turns out, is also a fan of New Orleans, which in an alternate, more sane universe, (one explained by complex numbers apparently) would be at its center. Like many trailblazers, Furey’s theories were disbelieved at first but “she told a colleague that if she didn’t find work in academia she planned to take her accordion to New Orleans and busk on the streets to support her physics habit.” We still don’t understand complex numbers but we do understand New Orleans. So even as we explore the Life of Xi, identify the world’s most underrated country and determine who wants self-driving cars the most, we present the video below in honor of Furey’s work to understand the laws of nature. It’s this week’s International Need to Know, the string theory of international news and data, but more understandable.

The Life of Xi

China is changing profoundly under President Xi Jinping. As we have noted in this space, Xi is more assertive on the world stage, inaugurated the ambitious One Belt One Road Initiative, has instituted a corruption crackdown (your definition of “corruption” may vary) and has introduced far more censorship into Chinese society, especially on the Internet. And, of course, President Xi has taken a more central role in governance, including eliminating the two term presidential limit. And now comes data that Xi receives more mentions in the People’s Daily (the official newspaper of the Chinese Communist Party) than any Chinese leader since Mao. As you see in the graph below provided by China data tweeter Air Moving Device, “Comparing Xi to previous Chinese leaders in terms of People’s Daily front-page mentions, Xi is close to being mentioned every single day, which is Mao’s record during the Cultural Revolution.” Of course, who knows if Xi will maintain this rate of mentions for as long as Mao did or if Xi will march down the dark roads Mao trod, or one hopes, instead hike up sunnier, more beneficial paths.

The World’s Most Underrated Country?

Ethiopia is bucking troubling world trends and in doing so is sneakily competing for the title of world’s most underrated country. It has been the fastest growing economy in Africa for the last ten years, is the 12th largest country by population and has young demographics (40 percent of the population is under the age of 14), which is important for continued GDP growth and innovation. And in the last two weeks not only has Ethiopia formally ended hostilities with its former combatant, Eritrea, but this week Ethiopia’s Prime Minister has called for the country to become a multi-party democracy. Reuters reports that the Prime Minister’s Chief of Staff tweeted, “PM Abiy concluded: Given our current politics, there is no option except pursuing a multiparty democracy supported by strong institutions that respect human rights and rule of law.” The PM’s party, Ethiopian People’s Revolutionary Democratic Front (always be suspicious of parties that combine the words “people, revolutionary and democratic”), has maintained power since 1991. But the winds are a changing and Ethiopia could become Africa’s first economic Lion similar to the tigers that once rose out of Asia. Our fingers are crossed.

Who Wants Self-Driving Cars the Most?

Update: Waymo and Walmart aim to prove us wrong 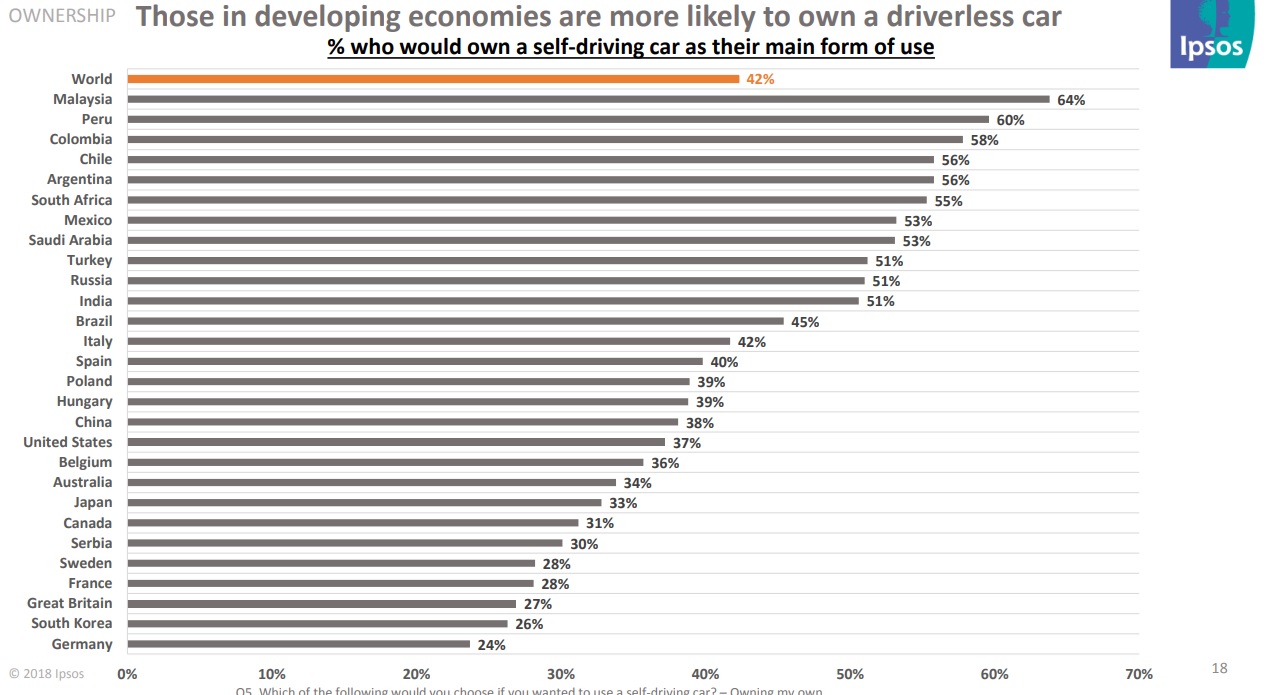 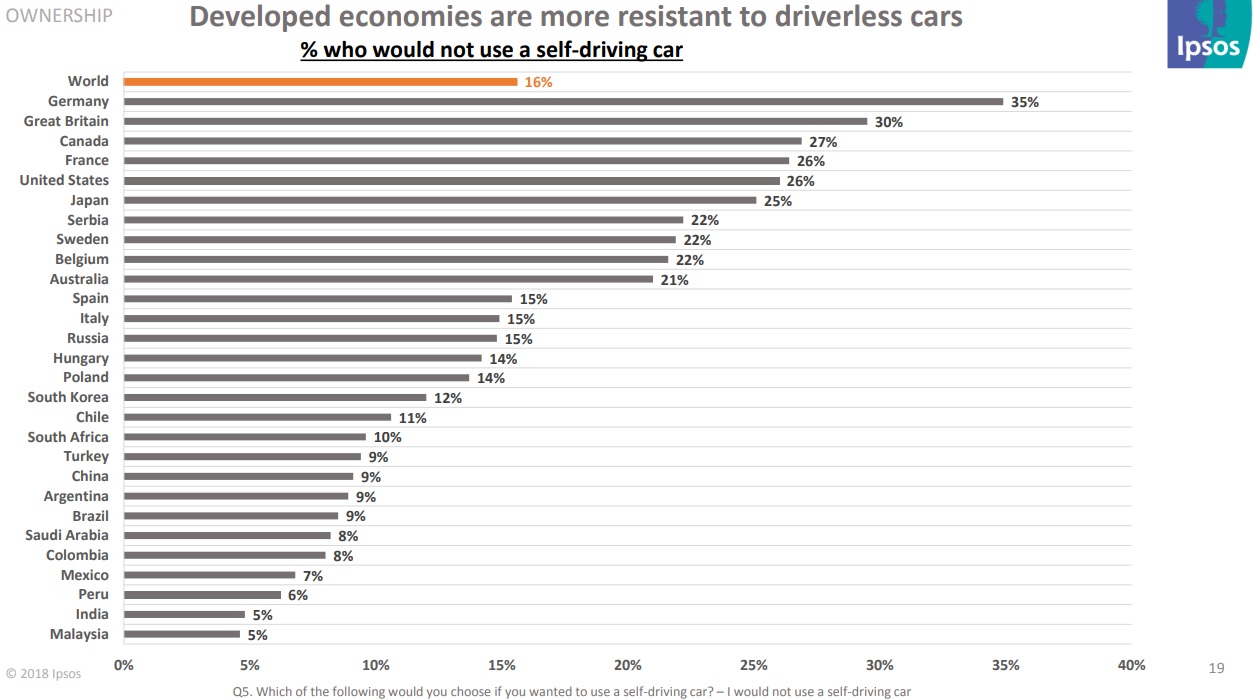 Solar in India, Doctors and Truck Drivers and Who is Most Inclusive Buying a Chinese Condo, The Young & the Restless and Size Matters
Scroll to top