We tread trepidatiously into the roiling, boiling controversial waters of the US Supreme Court nomination to raise a, well, under raised concern. Brett Kavanaugh went to Yale. It’s not that we have anything against that prestigious institution but we would like to point out that every other US Supreme Court Justice also either attended Yale or Harvard. We’re all for more racial, ethnic and gender diversity on the court but how about some scholarly institutional diversity as well? We could point to all sorts of scientific studies on the dangers of everyone in an organization coming from a similar background, some of them perhaps even conducted by researchers at Yale and Harvard, but it should be obvious, especially in these times, how detrimental to the Republic it is to have all of our Supreme Court Justices, who hold so much power, to all come from the same caste. So let’s give someone a chance from Arizona State, or UC Davis or Willamette or some other non Ivy League school (preferably west of the Mississippi) a chance to join the mighty nine. If the voters of Washington state, or any other state for that matter, were foolish enough to elect us to the U.S. Senate, we’d vote against Kavanaugh on those grounds alone. But we expect voters around the globe will entrust us to tell you about the continued good news in our world, polluted Chinese data and who is imprisoning people. It’s this week’s International Need to Know, pounding our gavel on the under known, important data and info of our little world.

The Good Outweighs the Bad

Recently we were involved in a conversation with a few people on where a visiting Chinese professor should live in our fair region. Like my colleagues, I want to ensure the professor lives in a safe area and has a good experience. But, my colleagues talked like the Seattle region is a combination of Escape from New York and the Bride vs the Crazy 88 scene in Kill Bill 1. I tried to remind them we are living in the safest era in human history and that crime remains at historic lows.* They did not believe me and perhaps you will not believe us when we tell you that extreme poverty in the world is at an all time low so strong is the cultural zeitgeist for end-of-times thinking. But it is true. The latest World Bank findings show that “The percentage of people living in extreme poverty globally fell to a new low of 10 percent in 2015 — the latest number available — down from 11 percent in 2013.” Now there are reasons to worry. The rate of progress is slowing. And in Sub-Saharan Africa, the total number of people living in extreme poverty actually increased from 2013 to 2015, though the percentage of the extreme poor in Africa declined. There is still lots of work to do and reasons to be concerned but we should also remember, as World Bank President Jim Yong Kim said on release of this data, “Over the last 25 years, more than a billion people have lifted themselves out of extreme poverty, and the global poverty rate is now lower than it has ever been in recorded history. This is one of the greatest human achievements of our time.” Our world is experiencing a market failure in the supply of hope and reason.

*In fact, the latest data was released this week and crime–murders, other violent crime and property crime–are all lower in 2017. 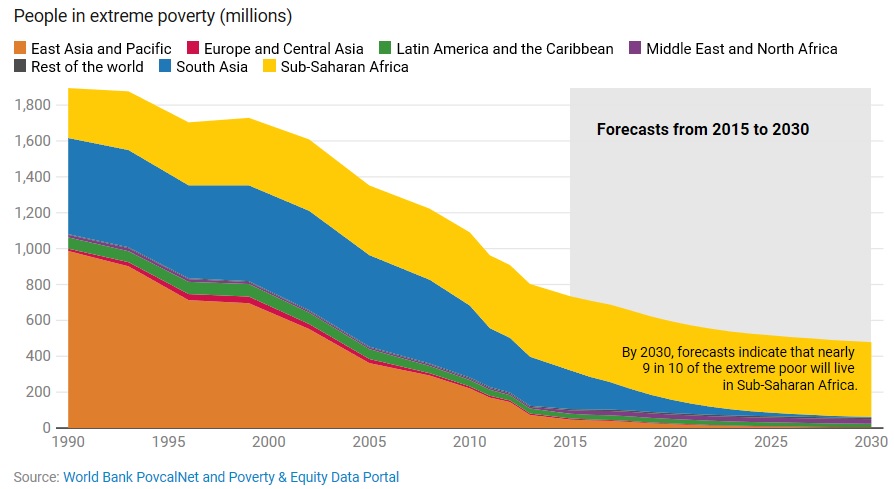 In this space we have often expressed optimism about clean energy and prospects for soon reaching peak carbon energy usage. But if there is one recurring theme of INTN, it is that we all should be less sure of ourselves, especially, well INTN itself. We have often optimistically pointed to China’s clean energy efforts and plans but recent data shows that unfortunately their power consumption and pollution emissions are up. Industrial power consumption rose 8.8 percent year over year in August, according to China’s National Energy Administration. And Greenpeace reports that “China’s carbon emissions have risen this year by an amount that experts say is globally significant.” We are still cautiously optimistic although less so about the short term. China has been on track to meet its emission targets for the year 2030. But there are some short term worries as this data illustrates. And, of course, another worry is Chinese data itself. Some analysts point to the increases in emissions and use of power as evidence of a growing economy. But, some of these analysts claim it is also evidence of China inserting bundles of credit into the economy to prevent it from slowing. This happens at the same time China claims it is deleveraging (all the while official GDP figures maintain an eerie consistency). China’s data is more unreliable than ever, something we’ll delve into deeper in a future edition. 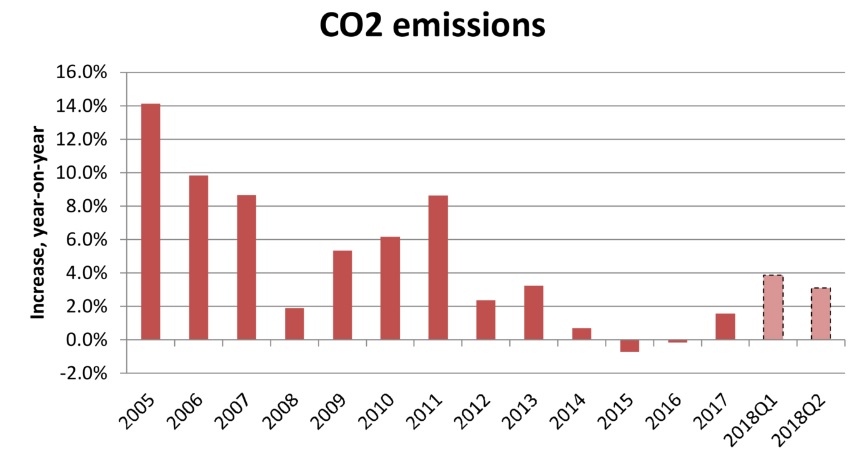 We have begun listening to the third season of the Serial Podcast. It focuses on the U.S. judicial system and confirms our bias that America imprisons too many people. The U.S. imprisons more people per capita than any other country in the world. But that’s fairly well known. Perhaps less famous are the other top imprisoning countries. Our World in Data tells us that El Salvador is second, followed by Turkmenistan, Thailand, Cuba and the Maldives. By contrast, the countries imprisoning the fewest people are Guinea Bissau, Faeroe Islands, the Central African Republic and Comoros which just goes to show that prison rates don’t tell the whole story of a country’s livability and success. 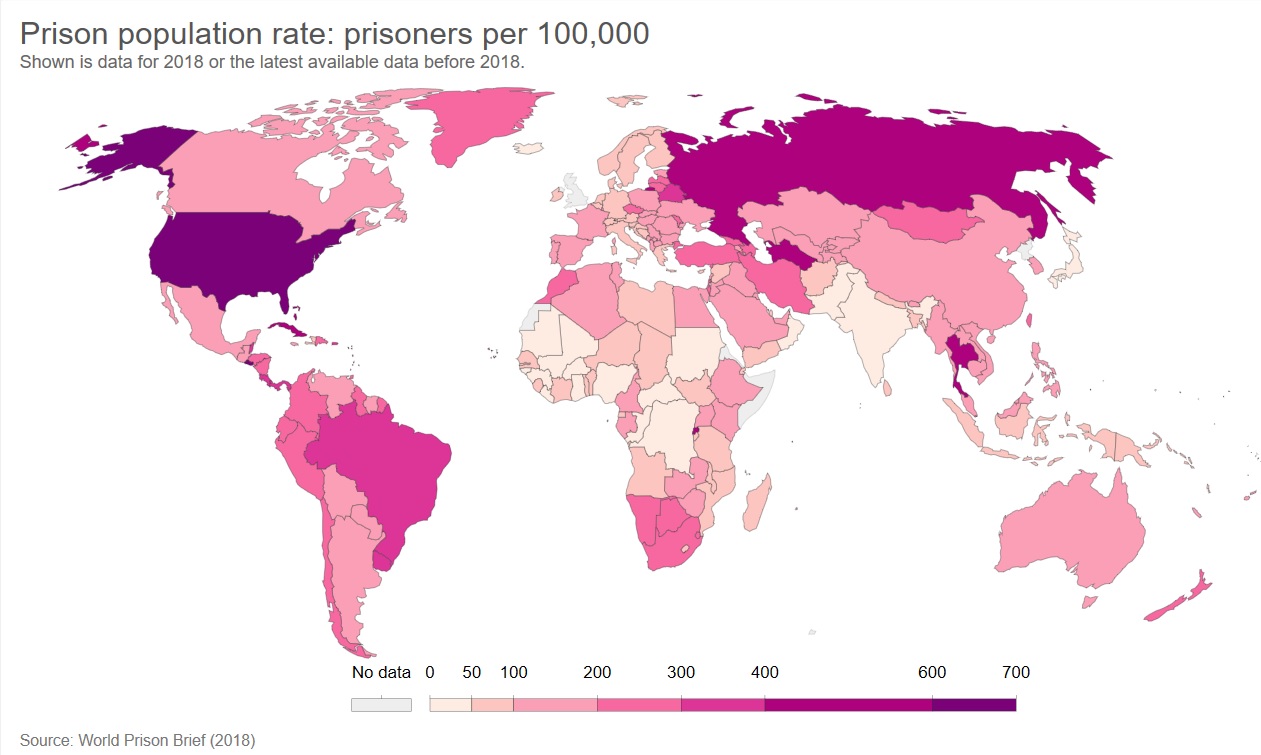 A Youthful Look at Aging, Robots are Coming and Visualizing the Wealthy Nobel Prizes in Intl trade, Robots in Asia, and Old-Age in Japan
Scroll to top