At the risk of offending a large segment of our readership, we dive into dangerous waters. We don’t mean to speak ill of the recently deceased and may Stan Lee rest in peace, but a statement from Lee condemning bigotry we have seen repeatedly on social media is what is wrong with his work, or rather what is distressing about how pervasive comic book sensibility has become in popular culture over the last two decades. Lee paints a comic book picture of bigotry. The biggest challenge we face from bigotry/prejudice is not in your face racism and antisemitism of the likes of Charlottesville, it’s the more more subtle institutional racism found in housing policies, hiring practices and other areas that create different economic castes, especially for African-Americans. Yes, we need to condemn blatant racism such as what happened at Charlottesville (the lowest of hurdles that our current president could not jump over), but tackling the more subtle racism will provide far more benefits to society. We do not begrudge Lee for the “universe” he created and are glad so many children and teenagers were so entertained by it. But other than George Lucas (and now we’ve offended the rest of our readership), has anyone else been more responsible for the infantilization of American popular culture and all the associated effects of that phenomenon?  We take an adult’s eye view of economic gravity, are mature about who is open for business, and with nothing but sophistication examine Amazon’s global reach. It’s this week’s International Need to Know, eliminating the “pows” and “kabooms” from international analysis and data.

Economic Gravity and The 3rd Most Important Question

The current U.S. president is an accelerator of global trends that were going to occur anyway, they just are happening more quickly because of him. This is because the world, or at least the world’s economy, continues to shift on its axis. We remind you in the graphic below that the economic center of gravity in the world has been shifting back towards Asia. The U.S. President not participating in the ASEAN Summit in Singapore this week, or the APEC Summit in Papa New Guinea, are more examples of his “nationalist” approach and abdication of U.S. leadership in the world. All of it accelerates China’s efforts to exert leadership and other countries finding new ways to thrive and survive in the world, ones that don’t include the U.S. in the equation. In Singapore, China will push its Regional Comprehensive Economic Partnership, a trade deal to rival the Trans Pacific Partnership (TPP). You remember TPP, the trade deal the U.S. pulled out of in 2017 and that has been ratified so far by seven of the 11 countries in the pact, awaiting approval of only Brunei, Chile, Malaysia and Peru. China aims to supplant TPP. Either way, Asia has set sail with the U.S. ashore. Economic gravity has shifted to Asia and so too will political gravity, it’s just happening sooner than expected. The big question is how much will that line in the economic gravity map turn south which is to say how fast will India grow over the coming years? India is about to surpass Britain in GDP, the country that once ruled it. And politically, India is the world’s largest arms importer and has the fifth-largest defense budget. Whither India is one of the three most important geopolitical questions of the next twenty years. 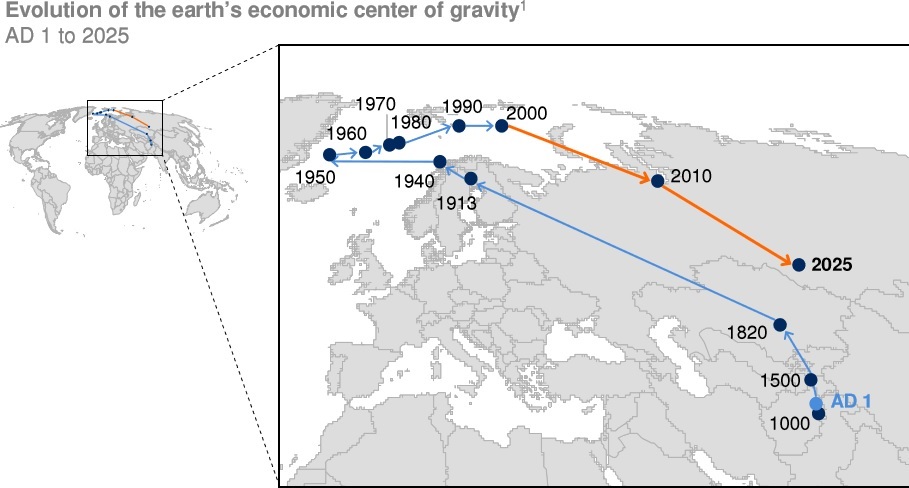 When we started our consulting business a few years ago, it was very easy to do with low barriers to creating and running our business. However, that is not true for all businesses as our real estate developer friends are always complaining to us about how hard it is to build a house in the Seattle region. But where in the world is it easiest to do business? The latest edition of the World Bank’s Doing Business report tells us New Zealand is a business person’s dream, followed by Singapore, Denmark (not just a place for social safety nets and environmentalism—something both sides of the politically wide aisle in America could learn from), Hong Kong, South Korea and, of all places, Georgia. Afghanistan tops the list of most improved countries for doing business since last year, followed by Djibouti, China and Azerbaijan, which makes us question the methodology of Doing Business. Actually, in regards to China, it does appear the government has made it easier for Chinese businesses to operate. Now if only they did the same for foreign businesses. Also of note, one-third of all business regulatory reforms last year took place in Africa. 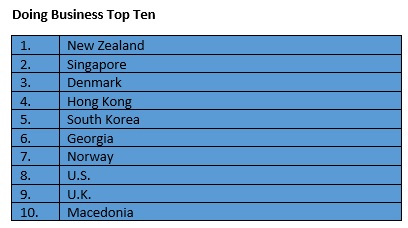 We like and use Amazon but read with some distress that one of its two so-called HQ2 locations will be in Queens, New York. Queens is the last affordable borough in the city and some of New York’s last remaining authentic delis reside there. We fear that neither of those will be true in a few years with Amazon flooding through the borough. But what about the corporate megalith’s global presence?  Which country is the location with the largest number of titles in Amazon’s Prime Library, for example?  The U.S., of course. And next at the top of the list are all English speaking countries, including the UK, Canada (apologies to Quebec), Australia, New Zealand and Ireland. The UK is the cheapest location for streaming a video on Prime, and Singapore and Latvia the most expensive. Last year, according to Statista, the United States accounted for a large majority of Amazon’s revenue, followed by Germany. This includes both ecommerce and revenue from web services (where Amazon currently gains most of its net revenue). The UK and Japan are the next two largest net revenue generating countries and the rest of the world barely totals as much as Germany accounts for by itself. Amazon is a huge American company but not yet dominating worldwide. 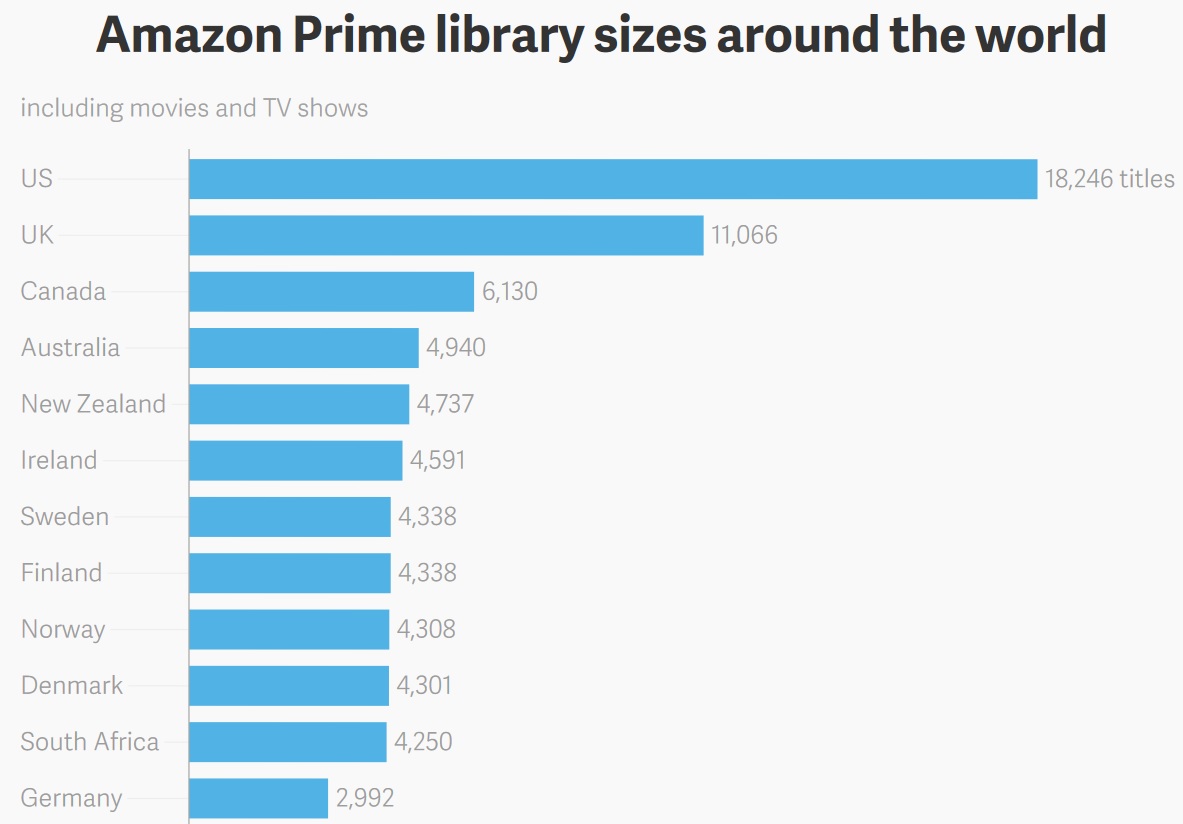 Change of the Top Companies, Change in European Cultural Values, Change among... Wrong Mental Image of World, Drone on about Singapore, and Who is Digitally...
Scroll to top