We are reading a wonderful book, A Gentleman in Moscow, about an aristocratic Russian Count who after the 1917 revolution, has his life spared by the Bolsheviks but is essentially placed under house arrest the rest of his life in the Metropol Hotel, where in 2005, we once stayed of our own free will. The book charts a wonderful evolution of the Count, who as the revolutionaries become worse and worse, he becomes better and better. The novel has been a wonderful companion while we played a small part in assisting someone through a troubled time, including through our tangled, corrupt health care system. Our view of this person has changed often during the process, which is more a reflection of our shortcomings than any they may have. Indeed the Count has similar thoughts in a much more dramatic situation than ours and comments during the novel, “By their very nature, human beings are so capricious, so complex, so delightfully contradictory, that they deserve not only our consideration, but our reconsideration—and our unwavering determination to withhold our opinion until we have engaged with them in every possible setting at every possible hour.” And so too our world where we reconsider people’s mental images of the globe, the delightfully contradictory wagers on Singaporean technology and the complex digital competitiveness of countries. It’s this week’s International Need to Know, the Count of international data, the Baron of international information.Without further ado, here’s what you need to know.

Your Mental Image of the World is Likely Wrong

Along with our astute INTN readers, we like to think we have a pretty good understanding of the world, including basic facts about its geography. But more than likely we are overconfident in our knowledge as this National Geographic article illustrates. For example, the article informs us that most people think all of Africa is below the equator. But that is not true, around two-thirds of Africa is north of the equator. And the venerable old publication also notes that most people believe Europe is essentially at the same latitude as the United States but is actually more contiguous with Canada: “Paris is further north than Montreal, Barcelona is at a similar latitude as Chicago, and Venice lines up with Portland, Oregon.” People think these European locations are further south because their weather is warmer. But these warmer climes are due to the Gulf Stream bringing warmer currents, not because of the cities’ latitudes. What other knowledge do we all possess that we are overconfident about? 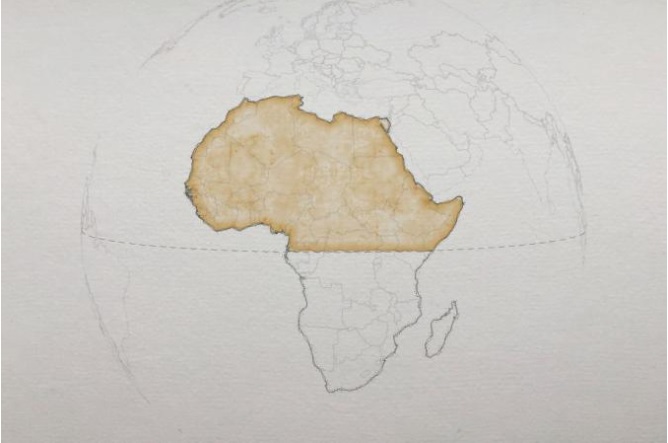 We Drone on About Singapore

Singapore has long been our bet for where autonomous vehicles will successfully be commercialized first, but Waymo is costing us money by preparing to commercialize autonomous taxis next month in Phoenix. (Now that we can legally bet on sports, when will we be able to wager on technology? Oh, wait that’s the stock market). But, rising out of the phoenix of autonomous vehicles, Singapore appears to lead in deploying drones. According to the South China Morning Post, “Companies have already started testing the devices for commercial use, mainly in an area of over 200 hectares (500 acres) dotted with high-rise buildings and shopping malls, specially designated by the government for the trials.” In Singapore they are concentrating on activities such as package delivery and security. One of the delivery tests is being conducted by a hospital to transport blood samples and specimens which obviously requires high safety standards. It’s one thing to have Amazon accidentally drop some fuzzy slippers on you, another to have blood douse an innocent bystander. Keep an eye on Singapore’s drone efforts, perhaps using a drone equipped with a camera.

Who is Digitally Competitive?

Madonna is wrong, or at least out of date*—we live in a digital world, not a material one. Or so it seems when I’m at the barbershop and everyone gazes down at their smartphones, scrolling, scrolling for that next bit of digital serotonin. So which countries are the most digitally competitive? The IMD World Competitiveness Center’s 2018 rankings unsurprisingly has the U.S. at the top. However, would you have guessed Singapore is second? Actually, that’s not too surprising either. In fact, one must scan down to number 17 to find the first true surprise with the UAE ranked above countries such as Germany, Japan, Ireland and Estonia. IMD’s rankings are based on factors such as the availability of talent in the country, quality of education, regulatory environment, availability of capital and level of adaptability in integrating technology into its economy. If one took only the urbanized part of China, we expect it would rank in the top ten.