Recently we sat in a local coffee shop, one unaffiliated with any present or potential presidential candidates, sipping rooibos tea while tapping away on our Microsoft Surface (not yet a sponsor, but should be) when we began eavesdropping on the two women at the table adjacent to ours. It is perhaps a bad habit and yet when we heard them discussing black holes and how they were monitoring one in particular, perhaps you will forgive our prying ears. It struck us how fortunate we were to be living in a place where such talented people–astrophysicists in this case–are there to be eavesdropped on. In fact, for quite some time we stopped our writing and listened to the equivalent of real life Internet–the good part of the web where one can learn and absorb all sorts of interesting information, not the Social Media Mobs, gossip corners and transgressive trolls of so much of the online experience. The two women were excited about their work, their findings and potential for huge discoveries down the road. They asked each other questions and plotted their next moves. And then we looked out the window, saw a man carrying a kitten and a woman walking a puppy on the sidewalk, and forgot all about black holes. But we remember to bring you scary news of biolabs, Japan’s relenting to reality and China’s video of the week. It’s this week’s International Need to Know, the weekly newsletter with such gravitational pull that no important world information or data escapes its grasp.

We’ve always had an inkling that if the world came to an end it would be Madison, Wisconsin’s fault. And now the Bulletin of the Atomic Scientists backs us up with a report stating that “The most secure bio-labs routinely make errors that could cause a global pandemic and are about to re-start experiments on pathogens engineered to make them mammalian-airborne-transmissible.” One of these labs is in Madison, Wisconsin. But actually most such labs are located in Asia and the Bulletin (the same folks who monitor the Doomsday Clock) makes some alarming points about the inability of even the most secure labs to avoid that most human of activities–mistakes. According to the report, “Human error is the main cause of potential exposures of lab workers to pathogens. Statistical data from two sources show that human error was the cause of, according to my research, 67 percent and 79.3 percent of incidents leading to potential exposures in BSL3 labs…”  The analysis also asserts there is a 20 percent probability of a release of dangerous pathogens. When the odds are far better of a pathogen release then a Lebron James’ team making the playoffs, we’ve got a problem. 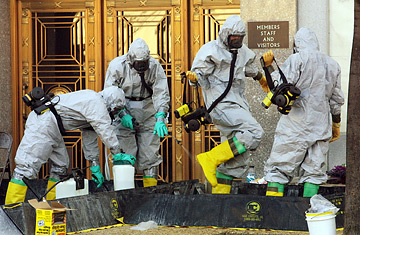 Japan Gives in to Reality

On one of our periodic trips to Japan ten years ago, some Japanese officials told us that the country’s aging, soon to be shrinking, population, was no problem. They were addressing it with automation and robots. They did not see the need to increase immigration. We are just as much a tech geek as the next person but we were skeptical. And now Japan, that most insular of countries when it comes to immigration, is singing a new karaoke tune and allowing in more immigrants. In December, the Abe government approved increasing five-year residency permits to 345,000 low skilled workers. And, as Bloomberg reports, “Although the terms are still vague, some who pass language and technical exams will be allowed to extend their visas indefinitely and bring their families.” This is new but necessary territory for Japan. Under its current demographic trends, the working age population will shrink nearly a quarter by the 2040s.  Increased immigration will change Japan, and likely make it less unique (there are always trade-offs in this world) but ultimately will improve it like immigration has every other country. 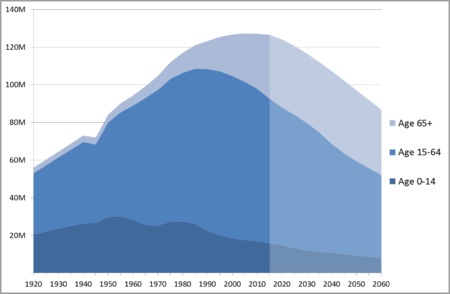 This Video Changes Everything

The stakes are enormous in the continuing battle with Huawei as has been reported elsewhere. The U.S. and other countries continue to ban Huawei’s 5G technology. Huawei executive Meng Wanzhou’s case continues to wind through the Canadian court system while two Canadians are held by China incommunicado. But, China has hit on a sure-fire way to defuse the situation: a video of children singing the praises of Huawei. With lyrics like these, I’m sure you too will be convinced:

Which is the most beautiful phone in the world? Everyone says Huawei!
Teacher tells me to love my country, and to love our domestic brand Huawei!
Huawei is good, Huawei is beautiful, Huawei wins glory for our country!

I’ve just dropped my iPhone in the garbage and am headed out to buy a Huawei phone! (actually, their new folding phone does seem cool).

Uh Oh, The Young and the Restless, and the Old and the Healthy Revisiting China & India, Brexit’s Demographic Challenge and Women...
Scroll to top