On the first day of spring the mind wanders: to a study in Sweden that finds centrists have the best bull%$#& detector. Those with extreme views have more difficulty detecting BS than those in the middle of the spectrum, or as the study puts it, the results point “to the existence of bull&%$# receptivity among both right- and left-wingers.” Our favorite aspect of the study is it uses the word “bull$%#& and unlike us, does not censor it.  We love that the word strides among arcane academic language such as, “The results are supportive of theoretical accounts that posit ideological asymmetries in cognitive orientation.” Now that’s some bull%&$# academic language designed to obscure rather than clarify. But our mind also wanders to the upcoming release of Amazing Grace, documenting Aretha Franklin’s extraordinary 1972 gospel concert in a Los Angeles church, a moment full of extreme wonders. And our mind even wanders to the last days of that baseball extremist, the great great Ichiro. And so we know it is no bull&%$# that there is a place for moderation and extremism in this wacky world of ours, and so too for a tale of China’s economic future, the state of electric cars and just how racist Australia is (or isn’t). It’s this week’s International Need to Know, slapping infield singles of information and data about our world Ichiro-style.

Okay, But What About Tomorrow?

The world is concerned about China’s economy like Lakers fans over the apparent decline of Lebron James. Everyday we read another article, tweet, pronouncement about how its economy has slowed down or is having troubles. And they’re all true and we have covered many of them ourselves, often before others even noticed. But the assumption built into some of these assessments is that China’s economy is doomed for evermore, like a Poe raven. That we don’t believe. As we noted a few months ago, for demographic and other reasons, we guess that the days of double-digit and high single digit growth are over. But that does not mean China is going back to the dark ages or will be an inconsequential economy going forward. Just the opposite. China is too large and its economy is too developed not to be important going forward. Even if they experience a lost decade(s) ala Japan, they will still be important just as Japan has been post-1989 (even more important and influential than Japan given China’s size). And, if they are going through a recession currently, it will not last forever, and they will recover, just as all economies do. Not enough people are thinking about China post this recession, if indeed they are in one, and what that means for doing business there and their role in the world. 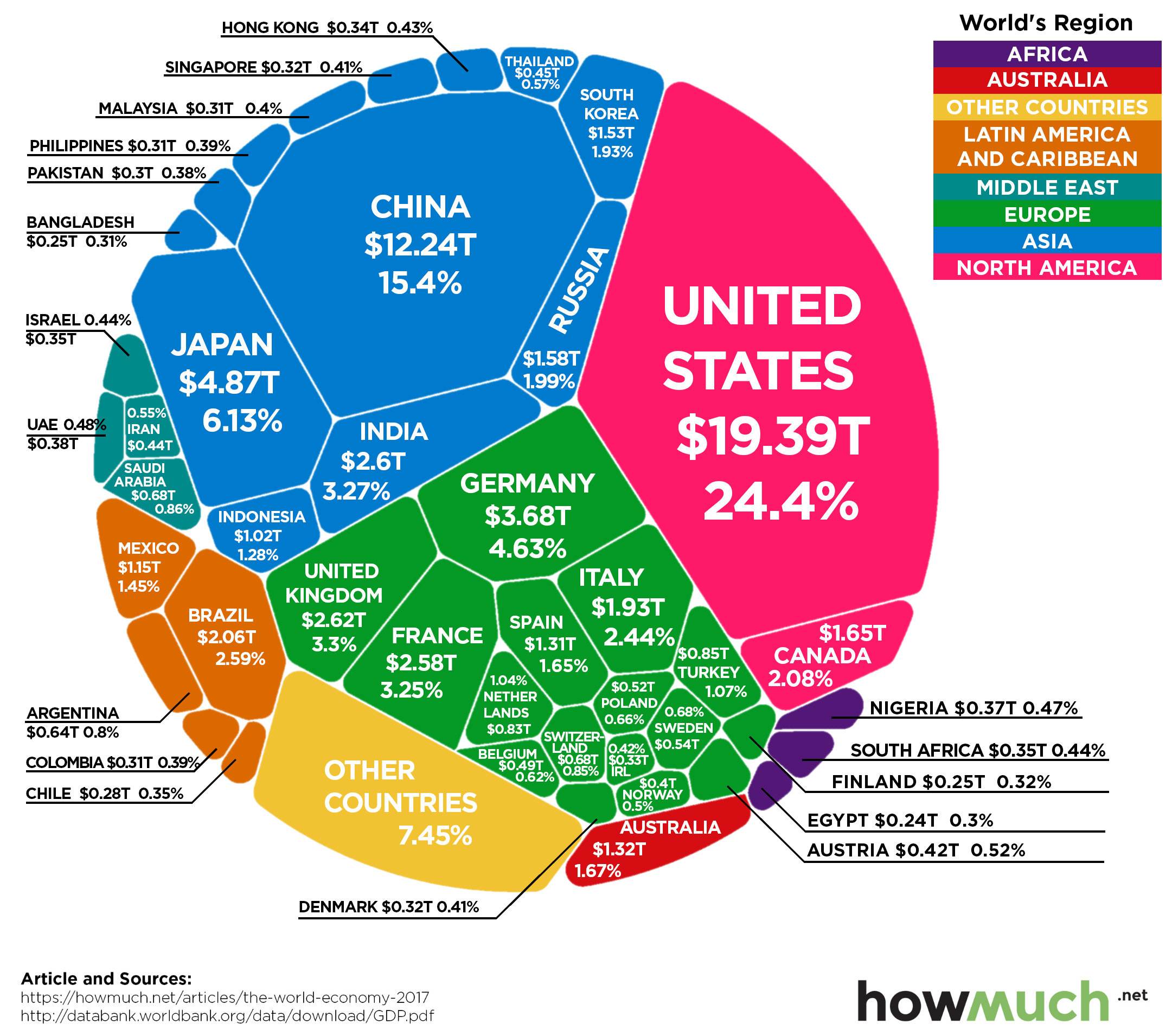 It’s time for our 5000 mile check up on how electric vehicles are doing in our climate change-challenged world. They have not taken off as rapidly as hoped but there is still a big increase according to Visual Capitalist. Norway leads the way with 49 percent of their car sales of the electric variety due to a variety of incentive policies. Iceland comes in second with 19.1 percent and then there’s a big drop off down to the single digits. Another way to look at progress in the world is the number of charging stations in a country. Here China leads with more than 300,000 installed charging stations, followed by the U.S and Germany. Of course, none of this will matter unless the electricy generated to power those cars is renewable. So even as we fall behind in electric car sales projections, we also need to continue to concentrate on how the power is generated. This will be important for industrial CO2 emissions as well which are likely to be an even greater problem than transportation moving forward. 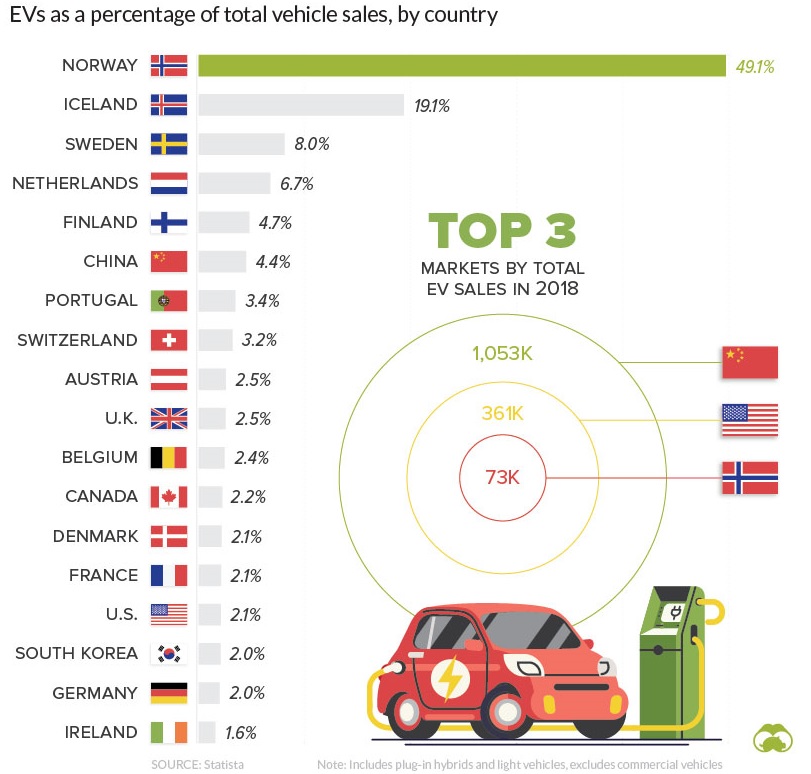 Don’t be Quite So Down on Downunder

In the wake of the terrorist attack on a mosque in New Zealand by a self-professed white nationalist, perhaps it is a good time to review perceptions of immigrants around the world. Last year, Pew Global surveyed 18 countries and found that 11 of them had majorities of people saying immigrants “make our country stronger.” The other eight have majorities who believe immigrants “are a burden on our country.” The hard eight are topped by Hungary, Greece and Italy, all countries experiencing challenging economies or political changes. Canada had the largest majority feeling favorably about immigrants with 68 percent, followed by Australia at 64 percent. Interestingly we read lots of angry denunciations of Australians after the massacre in New Zealand, with angry Twitter and other social media mobs calling Australians a bunch of racists. Undoubtably there are racism problems downunder but Pew’s survey indicates it is not as widespread as the mob claims.