At 6:30 pm our cat, Willow, expects to be fed and our other cat, Putter, expects to be taken outside for his afternoon jaunt. During his time patrolling the yard, Putter will purr, rub against our leg and give us a gaze of love, contentment and gratefulness. At 7:37 pm Pacific Daylight time on October 17, 2001, the Seattle Mariners last played in the playoffs, losing in heartbreaking fashion to the New York Yankees. As of 11 am today, the Seattle Mariners, in a self-professed “step back” year, are 7 and 1 and in first place in the American League. We arrived yesterday at the doctor’s office at precisely 10:15 am, per their request 15 minutes before our 10:30 am appointment. One and a half hours later, at 11:45 am, we still had not seen the doctor, despite informing them we were to give a speech at 12:30 pm at a location forty minutes away. When exiting the medical office’s parking garage, we were told we had to pay for parking because we had been there for longer than one and a half hours despite the fact it was the doctor, who we never did see, who kept us waiting. We were very late to the speech. As you can tell from this series of seemingly unconnected events, Putter is, of course, much better than the U.S. healthcare system, but perhaps much more distressingly, so too are the Seattle Mariners baseball team who, as we have noted, have caused little but torture to their fans the last 18 years.  So even as we nominate Putter for Surgeon General and the Mariners as our insurance carrier we diagnose India’s popularity, put a stethoscope to Korea’s aging heart, and wonder at the natural medicine of the India-Pakistan dance off. It’s this week’s International Need to Know, diagnosing all the world’s ailments.

Is India a Cricket Player or a Nerd?

The world is not exactly like an American high school but there are certainly in-crowds and even mean girls. Pew Global recently conducted a survey testing India’s popularity. Pew polled six Asia-Pacific countries on whether they have a favorable or unfavorable view of India. As you see below, all view India more favorably than not, with Americans being least likely to hold a favorable view, which probably says more about America today than India. South Koreans look on India most favorably. We very much wish Pew had been able to conduct their survey in China. In addition to surveying Asia-Pacific countries, Pew also asked people from 26 countries “whether India is playing a larger role in the world today.”Indians themselves think so as you see in the second chart below. The French are most likely to think India is playing a larger role, Argentenians least likely. If India continues to grow faster economically than China, as it has in recent years, it will indeed play a larger role in the global campus. Upcoming elections in India are as important as any in the world this year. So I guess student government is more important than I thought. 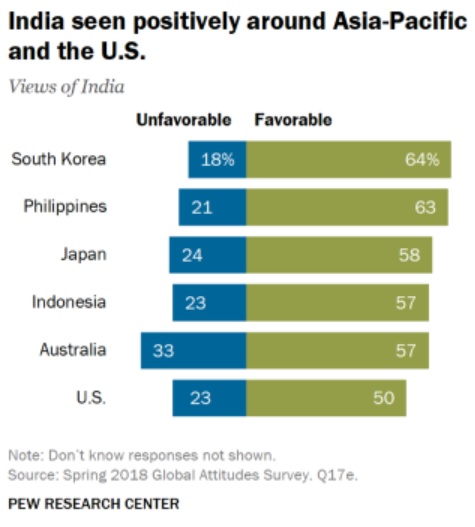 South Korea is an amazing success story. Fifty years ago its economy was the same size as many African countries. Today it is the 12th largest in the world and transitioned from an authoritarian government to a democratic one. But as Mick Jagger surely realizes as he prepares for heart valve surgery and as he crooned fifty years ago, “What a drag it is getting old.” Because Korea, like many other developed countries, and especially Japan, is a rapidly aging country due to a fertility rate that has plunged below one birth per woman. In fact, under current trends, Korea’s population will start shrinking in less than 10 years, in 2028. They will then join Japan as a country whose population is getting smaller. Already people over the age of 65 make up 14 percent of Korea’s population. The shrinking of the developed world (with China soon to be added to that list) is the third-most important trend of our world, one that will offer many challenges for economic growth and innovation. 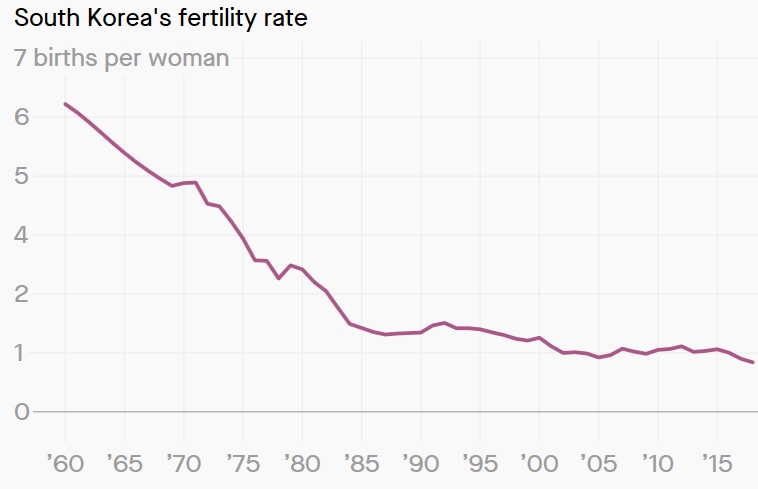 Good God, It’s a Dance Off!

We are perhaps late to the great India-Pakistan Wagah Border Dance Off, but we worry you too did not know about this fantastic ritual. So we end the week, thanks to our favorite Twitter thread of 2019, presenting to you a ceremony that takes place each afternoon at the Wagah border between India and Pakistan, in the north of both countries. As the border prepares to close for the day, the Pakistani and Indian sides scream and shout…and then engage in a John Cleese-like march off, often to pop songs of the day. We feel that every border, every point of conflict, should be settled in this way. In fact, the next time we encounter conflict in our life, we intend to scream and lift our legs high in the air, whether to Cardi B, Marshmello or Ariana Grande, we’re not sure. 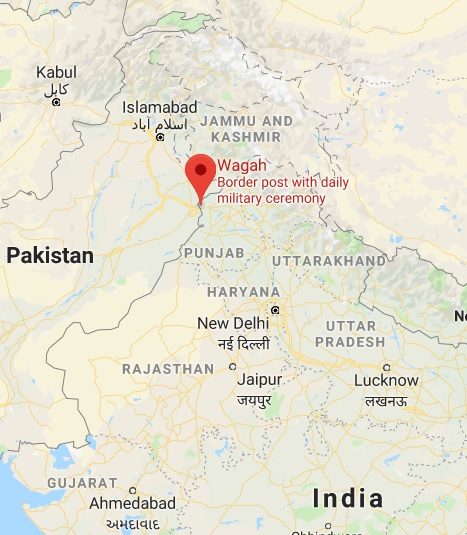 China’s 737, Pakistan and China, and Ethiopia and China Hungry to Curb Hunger, Renewables Revolution and The Empire Strikes Back Scroll to top