Public perceptions are a strange commodity. We admit to perverse amusement at the college entrance cheating scandal, including the arrest of two Hollywood actors. One of them, Felicity Huffman, has now pled guilty and given the best apology we’ve seen by any public figure in the last eleven years and seven months. The contrition was complete and genuine, accepting full responsibility with no hedging or excuses. Which means, we suppose, given the way of our world, that she will be forever shunned. Certainly her public persona will be forever tarnished. On the other hand, NBA basketball player Dwayne Wade, who retired yesterday, was feted in a Budweiser commercial for all the good deeds he’s done off the basketball court. And though one of those kind acts was to fund someone’s college tuition (not Lori Loughlin’s daughter), we found the whole thing distasteful. We prefer people like Ken Griffey, Jr. or Prince who toil in good acts quietly without fuss over those who tout their accomplishments in a nationwide beer commercial. We are not saying in a life review that Felicity Huffmann should be ranked above Dwayne Wade–we do not know either person or all their deeds and misdeeds–we merely assert that at least this week we appreciate her more than him And now that your perceptions of us are substantially lowered we launch a branding campaign on the continued need to fight hunger, market the progress on clean energy and advertise the continued challenges of energy. It’s this week’s International Need to Know, wishing we were attending French Quarter Festival even as we sing the world’s praises and perform dirges about its faults.

More than once in this space we have trumpeted that we are living in the most peaceful, prosperous time in human history. And it is true–you and I have hit the generational jackpot. However, the last few years have seen some worrying trends and so in the interest of full transparency we present the latest data on hunger, which is one of those new worrisome trends. As you see in the chart below from Ourworldindata, far fewer people around the world are undernourished than 15 years ago, but unfortunately there has been a slight increase over the last three years. Much of the increase is due to sub-Saharan Africa where there has been some backsliding over the last few years, apparently due to climate change issues and increased conflicts. So, there you have it, we live in a great era but if we don’t get our act together, we could be entering a new, less great one. We could end up like Kevin Durant leaving the Golden State Warriors. 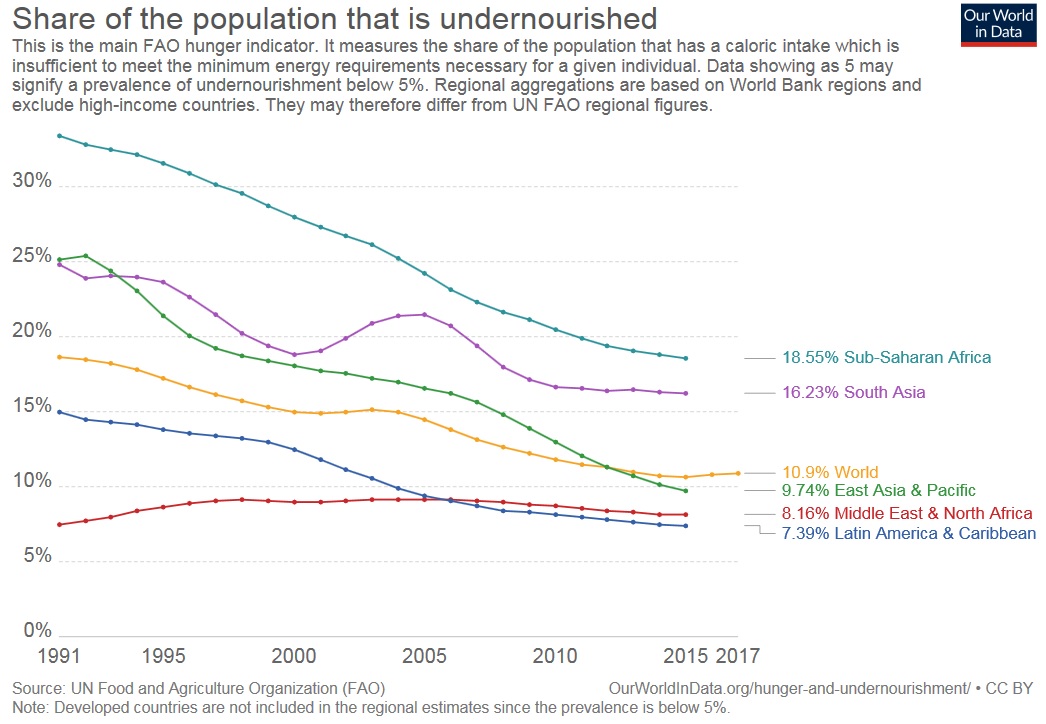 There has been talk of getting a back-up generator at the INTN worldwide headquarters. But, it is quite expensive to buy and install one capable of powering the entire house that is hooked into our electrical system. And, we remember that since the early days of INTN, we have noted the possibility that renewable energy will transform power generation more quickly than people realize. Former Microsofter (softie? softist?) Naam Ramez brings us the latest data which startingly shows that not only are wind and solar now often cheaper than installing new coal and gas oil plants, but that they are starting, in some places, to be cheaper than “existing coal or gas.” And, a number of entities are predicting this will be true in most geographical locations by the mid-2020s, including in China and India. As Naam points out, this has revolutionary implications for our world. There are still intermittency problems to address (when the sun does not shine and the wind does not blow—this sounds like a Mel Brooke’s Blazing Saddles joke somehow), but there continues to be progress in storage issues and smarter grids. It is a definite possibility that most power will be generated by renewables within 15 years…and sometime during that timeframe it would make more sense to install solar rather than a backup generator at INTN’s headquarters. In the meantime, no earthquakes, wind storms or electromagnetic pulse attacks allowed. 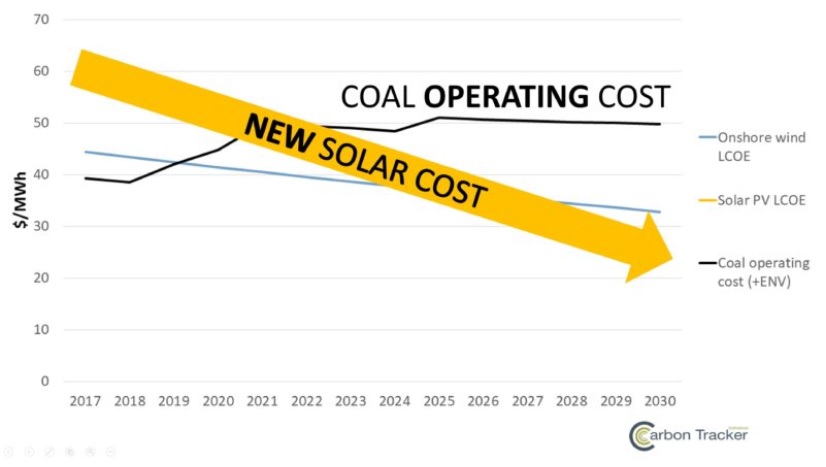 The Empire Strikes Back

Okay, that’s the good news on clean energy. Now for the bad. First, despite the more competitive price of renewable energy, China’s current plans are to add another 290GW in coal-fired power over the next five years, according to a study by Global Energy Monitor, Greenpeace and the Sierra Club. And, even though the world will increasingly use renewables to generate energy, the world is also using more energy so we will need to generate more and more clean energy in the future. Case in point, last year world energy use increased 2.3 percent, which is twice the annual growth rate of previous years. The main culprits for increased energy use? China, India and the United States (though over the last twenty years, U.S. per capita energy use has remained flat—but it has rapidly increased in China and India). This is why, as analyst Noah Smith and others have pointed out, any Green New Deal, or any climate policy, must concentrate on how the U.S. can help the rest of the world, perhaps by developing and spreading new technologies or through other means. 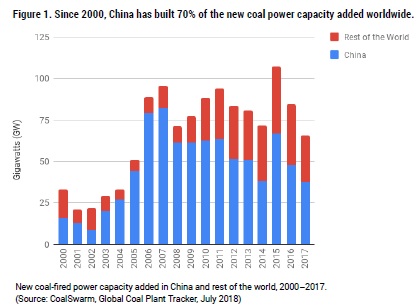 India’s Popularity, Korea is Old and the India-Pakistan Dance Off China’s Planet of the Apes, Its Notre Dame Problem and Europeans View...
Scroll to top