It’s time we have a little talk about security measures at baseball games and other sporting and concert events. A string of 17 consecutive years of not making the playoffs has not dissuaded us from attending Seattle Mariners baseball games, but silly security theater might. For a number of years, Major League Baseball has mandated that teams search fans’ backpacks and go through a metal detector to gain entrance to stadiums. This year, security is taking extra time to search bags and backpacks. Fans are required to pull blankets and jackets out of their bags, for instance. This means it takes a long time to get into Mariners games even at a time of low attendance. Just think how long it will take when the team starts winning (okay, use your Donald Glover size imagination–come on, they’ll eventually win again, right??!!!). When we go to a baseball game or concert, we don’t want the same feeling we have when flying to Duluth–an annoying, cumbersome airport experience. Worse, the long security lines at events are not making us safer–we have only transferred the vulnerable targets from inside the stadium to outside. A large group of people are now massed together making for a perfect target for would be terrorists. Perhaps my favorite part of the security theater is that my knee replacement sets off the metal detector, but only 50 percent of the time does the guard notice and wand me. The rest of the time I walk in unnoticed. Come on, America, don’t let the terrorists win: End Security Theater now! While we wait for America to come to its senses, we pat you down with what it means to be Chinese, wave a wand over European supply chains and pull you out of line to question your trust in science. It’s this week’s International Need to Know, aiming to be the Megan Rapinoe of international data and information.

Next week we will be in Cooperstown celebrating the induction of Edgar Martinez into the Baseball Hall of Fame. We’ll be back on July 25th.

What Does It Mean to be Chinese?

What does it mean to be Chinese? Does Chinese blood bleed Communist Party Red? These strange hematology questions came up in two perhaps related news stories this week in regards to Hong Kong. First, an ongoing University of Hong Kong Survey of what people in Hong Kong consider themselves found that the “percentage of Hong Kong people identifying as Chinese is at a record low since 1997.” The survey was conducted after the recent massive protests against the now perhaps defunct extradition bill. Even as the number of people identifying as Chinese is at a record low, the number identifying as “HongKonger” is at a record high since 1997 (let’s be honest, “Hongkonger” is a fabulous name–I’d love to be called a HongKonger). Meanwhile, in Canada, where Chinese are the largest non-white ethnic group, an ad was taken out by a variety of Chinese groups (including some affiliated with China’s government) against the Hong Kong protestors and raising that bloody hematology trope: “we are all the children of Emperor Yan and Emperor Huang [two of China’s mythic founders], we belong to the same Chinese nation, based on the idea of blood being thicker than water, patriotism and love of our homeland, we are paying close attention to the development of the current Hong Kong situation, we are obliged to unite with the Hong Kong residents and not to be taken advantage of by the separatist forces.” Blood’s advantages over water have been misstated and used to bloody ends far too many times in human history. 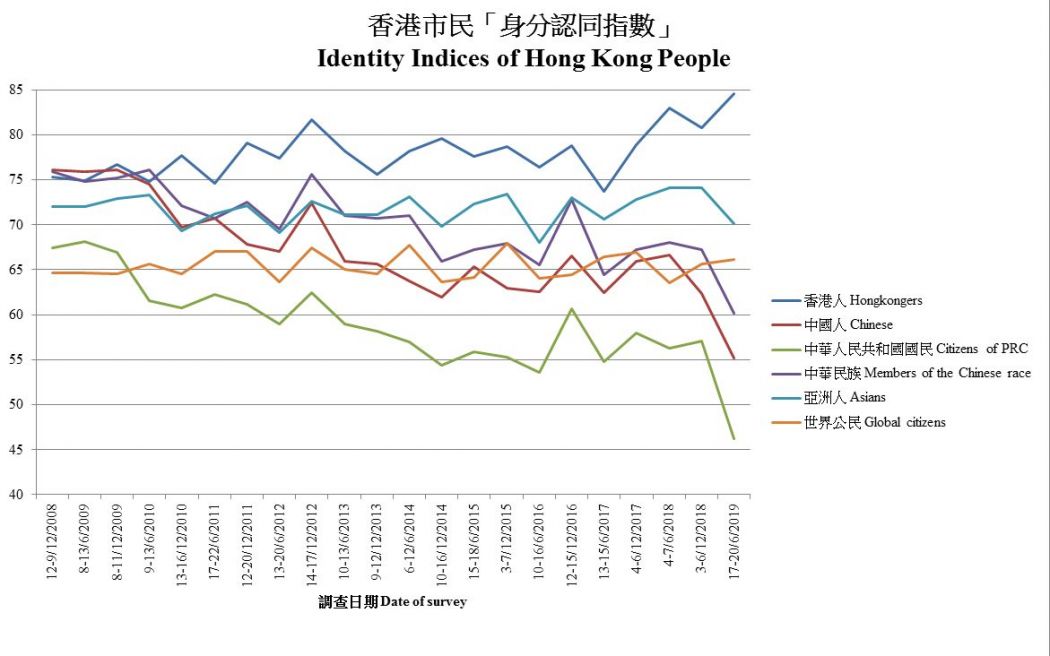 Europe and the Supply Chains*

You are reading this on a device that was made in many places. I don’t care if it’s a computer (old people), tablet (Gen X), or phone (older millennials)**, a product of any complexity sources parts from many different places and then is assembled into one final shiny good that you and I buy in the store or increasingly online. And that’s another thing that make tariffs like a weapon used in a house of mirrors. You’re never sure who you’re shooting, John Wick style. That places Europe in an interesting position in the trade wars because, according to the IMF, “Europe is more closely integrated into global value chains than the Americas or Asia.”  As you see in the chart below, nearly 80 percent of European exports are linked to the supply chain. In other words, European companies are making a lot of stuff that is used in other stuff. And that will affect how the trade wars are conducted. 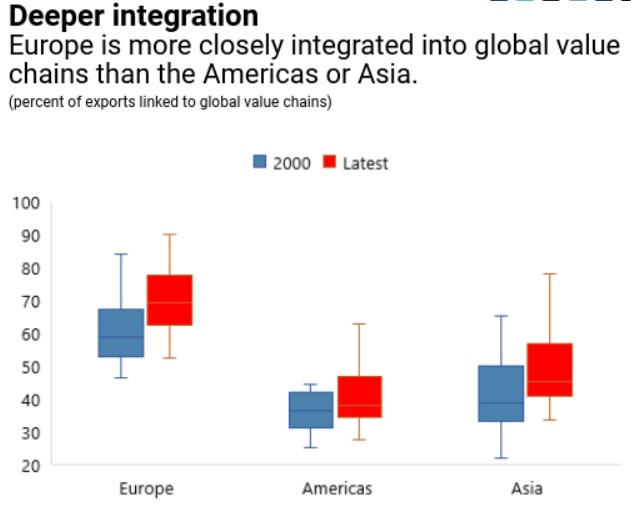 **Gen Z and young millennials go retro, print it on hemp paper and stretch out under a poplar tree to read INTN

Who Trusts the Scientists?

As we binge watched the third season of Stranger Things last weekend, a 1980s Nostalgia fest where nerdy science kids help save the world, we stumbled upon the Wellcome Trust’s survey (so hospitable they added a second “L” to their name) of which countries trust science the most. Northern Europe, followed closely by Western Europe, are the most trusting regions of science. When it comes to individual countries, perhaps surprisingly Uzbekistan is number one, followed by Belgium, Tajikistan, Niger and Spain. The least trusting countries are Gabon, Burundi, Togo, Montenegro and the Congo. Interestingly, there is a large gender gap in the world with men thinking they know more about science than women even though test scores show they don’t. “The gender gap is largest in Northern Europe (the alleged Eden of gender equality) standing at a 17 percentage point difference, and the lowest level is in the Middle East, with a three percentage point difference.” Globally, 49% of men say they know “some” or “a lot” about science—a full 11 percentage points more than women. Of course, this being about science, don’t trust, but rather verify this survey. 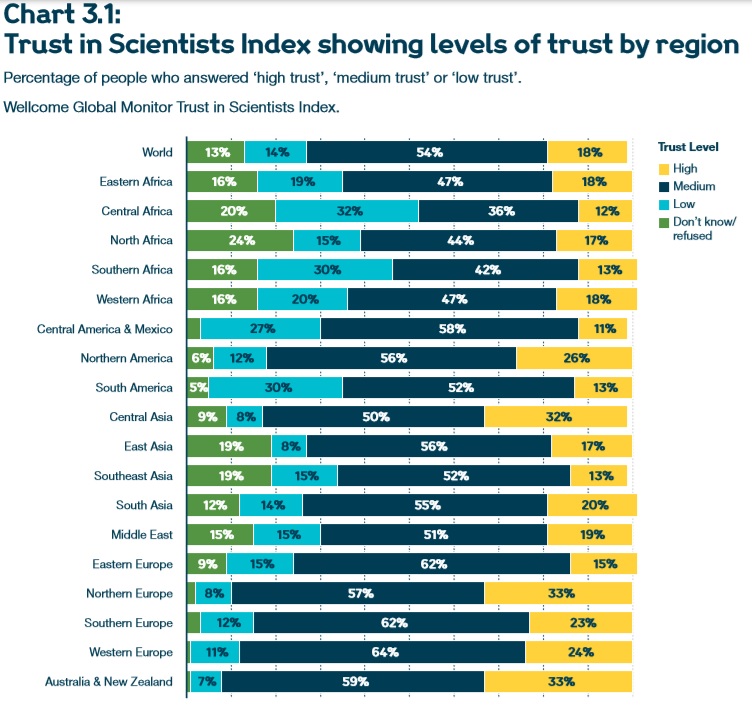 Honest to Goodness, AI vs. the UN and Arab Views The Size of Things to Come, Japanese in Cars Getting Naps, AI in Africa
Scroll to top