We know others may have different complaints about you and your company, and perhaps they feel theirs are more important, but once you read this we’re sure you’ll move ours to the top of the priority list. Our concern is the types of ads that display on our Kindle screen (we are too cheap to buy the non-ad Kindle). Here is a list of what we have recently bought and/or read on our Kindle—a device we love and have used daily for years:

Belt and Road, a Chinese World Order by Bruno Macaes

The Underground Railroad by Colson Whitehead

On the Laps of Gods: The Red Summer of 1919 by Robert Whitaker

A Confederacy of Dunces by John Kennedy Toole.

There are many other books on our Kindle, of course, but none, we assure you, are bodice ripping romance novels full of lurid tales of desire and passion (although we haven’t finished Xi Jinping: The Backlash and maybe there will be steamy scenes in its final chapters). That being the case, why are the ads on our Kindle almost always romance novels featuring strong jawed men and usually less clothed than the ones in the ad I photographed from my Kindle below? Please take a break from creating a very powerful company, national newspaper and pretty darn cool outer space company, and fix the advertisement algorithm for the Kindle. But save a little attention for the Belt and Road’s carbonization of the world, where Hong Kongers may flee to, and how esports is taking over the world. It’s this week‘s International Need to Know, the Nora Roberts, the Fabio, of international information and data. 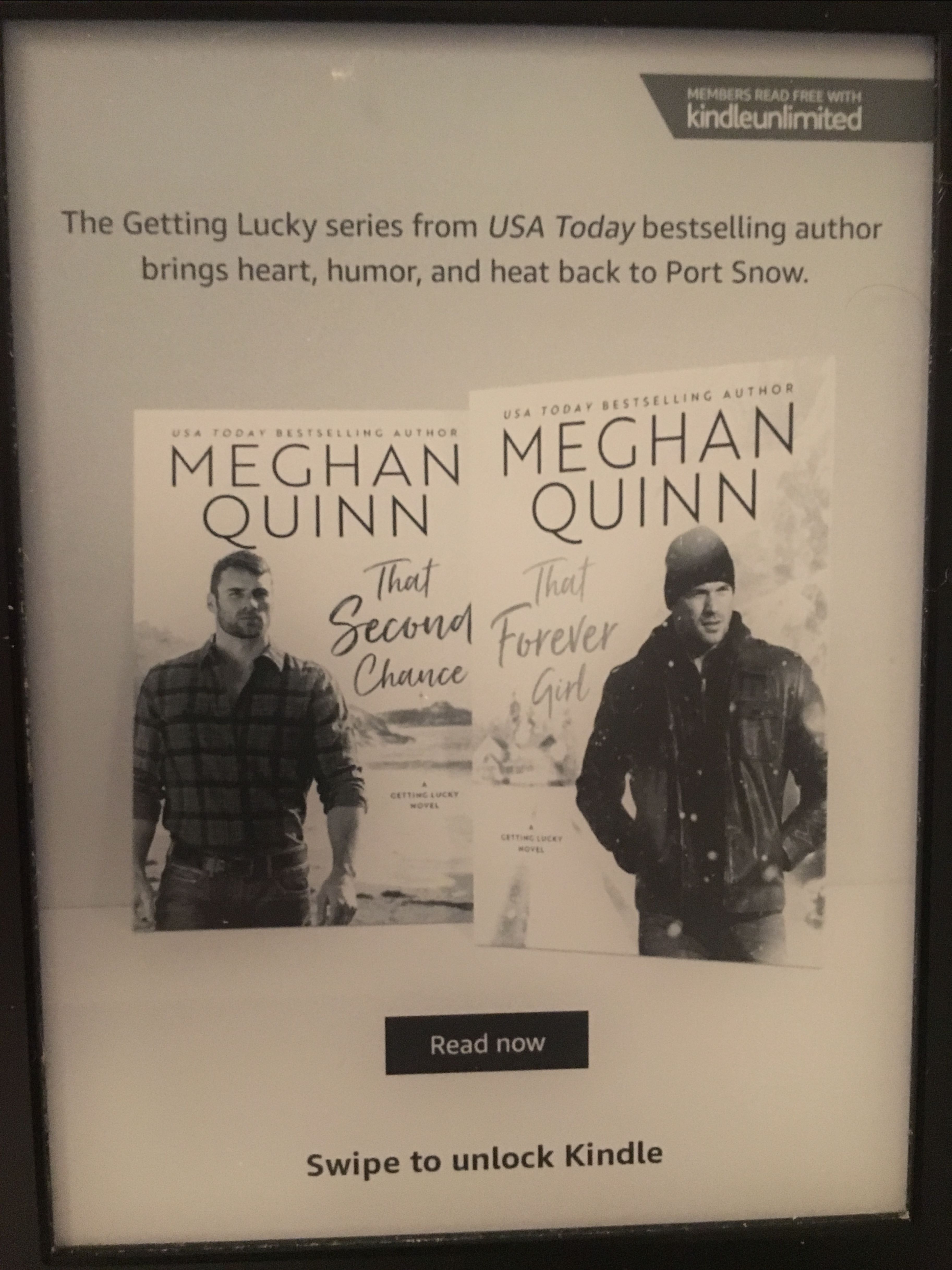 We are headed back to Vietnam tonight with 16 students who are participating in a Follow the Supply Chain Study Abroad Mission (thanks to our sponsors: Boeing, Lynden Logistics, UW CIBER program and the Federal Way Chamber). We’ll be back on September 19th.

Decarbonizing the Belt and Road

We saw a headline recently about whether parents should tell their kids about all their drug use in their youth. A tough decision we’re sure but even more difficult is asking up and coming developing countries not to make the same polluting mistakes developed countries did. The U.S., Europe, Japan, South Korea, Taiwan, China and others all developed while emitting huge amounts of climate change gases into the atmosphere. The new kids on the block want what those countries have and it’s a bit awkward to tell them no, or at least that they have to do it in a more expensive, more difficult way. And, of course, it’s not just Europe and the U.S. helping developing countries anymore, China is a big part of the game with its Belt and Road Initiative. A new study, Decarbonizing the Belt and Road, quantifies how emerging countries that develop economically under conventional methods will affect climate change efforts. It’s not good news. The study finds that if they follow the usual carbon intensive development pathway these countries will account for 66 percent of global emissions by 2050 “and result in global carbon emissions double the 2-Degree Scenario, the upper limit of the Paris Agreement temperature target.” Determining policies to prevent this from happening is the most important policy challenge of the climate change debate, and one we see most U.S. politicians ignoring, even and perhaps especially those most concerned about climate change. The report also provides recommendations on how to decarbonize the Belt and Road. Get to work policy makers. 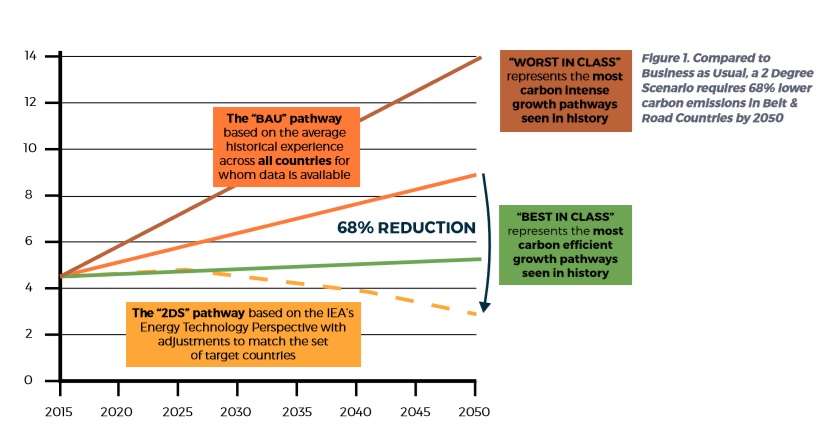 Where Hong Kongers Want to Move to

As the situation in Hong Kong becomes ever more perilous for Hong Kongers, both those fighting for freedoms and your average person, some are contemplating moving away. But where to? According to the Wall Street Journal’s Daily Shot via Noah Smith’s tweet, fifty percent of Hong Kongers want to move to Taiwan. That seems like potentially a hot pot into the fire situation given China’s statements on Taiwan but it’s easy to see how the people of Hong Kong would be interested in moving to a place where both Chinese and democracy live. Perhaps just as interesting, as Smith points out, is how far down the U.S. is on the list. Perhaps it’s time the U.S. hands over its statue of liberty to Taipei? 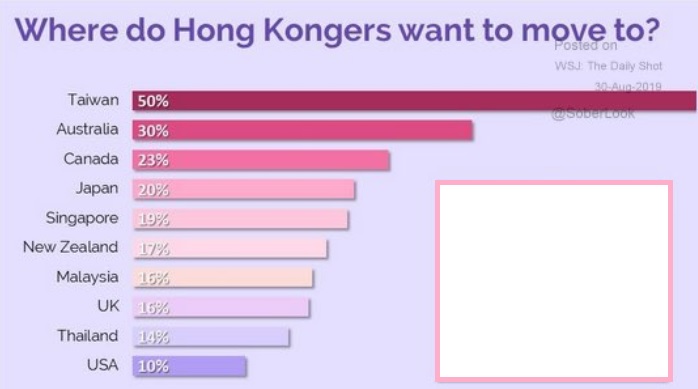 Here in the United States the NFL American football season starts tonight. It’s a big deal but not when compared to esports. Next Big Future points out that the NFL has approximately 100 million viewers around the country and world. The audience for esports, according to newzoo (which has much better data than oldzoo), is 198 million occasional viewers worldwide with 245 million “esports enthusiasts.” Asia, and especially China, makes up the largest percentage of those enthusiasts and viewers.  And those figures will only grow larger with newzoo calculating that 2.5 billion people will play video games in 2019—many of these couch loungers, especially the youthful demographic, will be prime targets for watching esports. So, yes the first NFL game is tonight and it’s a big deal, but a mere opossum to esports’ giant panda. 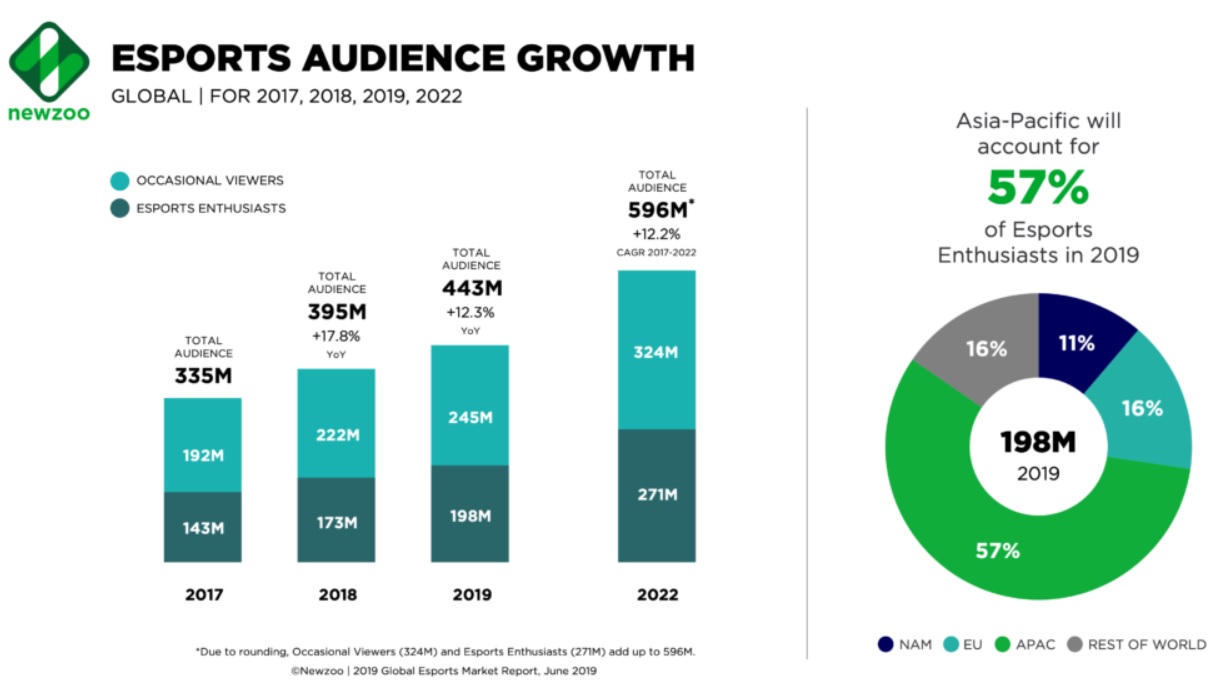