My colleague and I walked into the pharmacy in Vietnam and I typed “constipation” into the translation app on my phone. It translated it to… “constipation,” which was very unhelpful. Let’s stop here and note the medicine was for one of the students on the Follow the Supply Chain Study Abroad trip we were co-leading. I don’t want you thinking there is anything wrong with our digestive system. But back to the story–since neither my colleague nor I speak Vietnamese, she wrote down on a piece of paper the word, “constipation,” and showed it to the Vietnamese pharmacist. The pharmacist looked at the piece of paper and started giggling which while it might be unprofessional I found very endearing. I pointed to my colleague and said the medicine is for her. Strangely, our colleague did not find this very funny, but the pharmacist kept giggling, gave us some medicine, which we in turn gave to the student and mission accomplished. 16 students from four colleges participated in the study abroad program and they were the sweet sixteen—smart, engaged, asking great questions throughout the program, fun and helping each other and even their leaders out when needed. We have organized many business and public officials overseas in a past career and these students were more mature and asked better questions. The future is in good hands. So as you eat bananas, prunes and sweet potatoes, we serve up the future of factories in Vietnam, the world’s most censored countries and the age of peak child. It’s this week’s International Need to Know, the giggling pharmacy of international data and information.

The factory in Vietnam hummed as we chatted with one of its Taiwanese managers. Vietnam has been the beneficiary of China’s higher labor costs and the U.S.-China trade war, both of which leading to numerous factories of many types moving to Vietnam from China in recent years. Indeed the one we stood in moved from Shenzhen in 2015. But Vietnam is not as populous as China and will likely soon cycle to a higher labor cost level meaning manufacturing will move somewhere else. The manager we chatted with said they will be moving on from Vietnam, like they did from China, within ten years. Already they are looking at Indonesia with Africa a possibility too. The challenge with Africa for this particular factory line is it stretches the supply chain because most of the materials for the products made here are sourced from Asia. But Africa’s time is coming, sooner than people realize. We didn’t just talk about factories. When the Taiwanese manager expressed concern for the protesters in Hong Kong, we asked if they were worried about what China will do in Taiwan. They said no they weren’t worried, that Taiwan is friends with the U.S. and the U.S. will protect Taiwan. They have more confidence in America than we do. 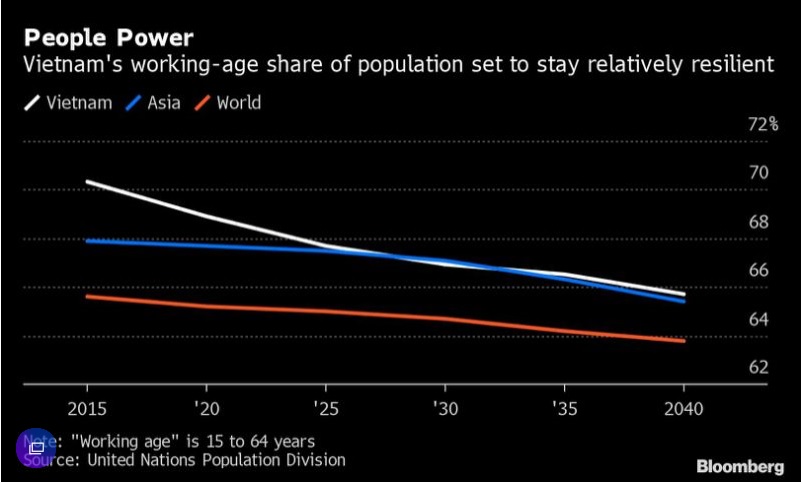 While in Vietnam, I came across the Committee to Protect Journalists list of the ten most censored countries in the world and discovered I was sitting in one of them. Yes, Vietnam is number six on the list even if we were not censored from learning this fact while on the Internet in Saigon. The Committee found that “These 10 countries flout the international standard by banning or severely restricting independent media and intimidating journalists into silence with imprisonment, digital and physical surveillance, and other forms of harassment. Self-censorship is pervasive.” North Korea surprisingly is only number two on the list, behind Eritrea, which helps explain the Eritrea immigrant on our Vietnam trip talking so harshly about its government. The list is a who’s who of countries afraid of information getting out to their populations, so really a portrait of leadership cowardice. China, which seemingly now aspires to be a 21st Century leader of the world, should feel a little silly being grouped with Turkmenistan, Belarus and, well, North Korea. 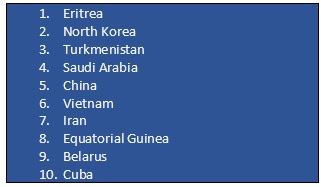 The Age of Peak Child

You’ve probably heard someone say “the world is getting smaller all the time.” They’re talking about how connected the world is but sometime this century, this will also be true about population. According to OurWorldinData,  “Peak population growth was reached in 1968 with an annual growth of 2.1%. Since then the increase of the world population has slowed and today grows by just over 1% per year.” After amazingly large increases the last two centuries, the world’s population growth has slowed to a crawl. Or as OurWorldinData notes,  “The world is approaching what the late Hans Rosling called ‘the age of peak child’.” Population growth is not slowing because of more people dying but rather because fewer are being born. This will have great consequences in the coming decades as more and more of the world is old. There will be less innovation, for example, more people telling you to get off their lawns and many more who think they should run for president. It’s a dystopic future for sure. 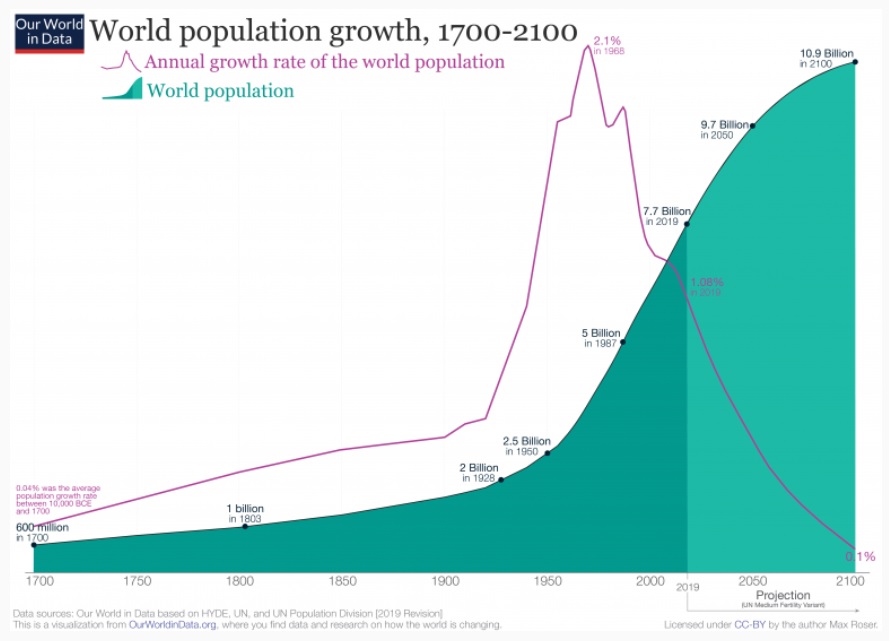 Decarbonizing Belt and Road, Where Hong Kongers Flee to and Esports rise Good Time to Be Under Five, Polluted Minds & Polluted Skies, and Pokemon...
Scroll to top