A couple of jerks traveled around the world with recording equipment from California to Nepal, from Bahrain to Austin, Texas, and a dozen other far-flung places, spewing who knows how much climate change gases into the atmosphere. They took a fifty-year-old song inspired by the Mississippi Delta written by some Canadian half indigenous, half-Jewish dude culturally appropriating others’ musical heritage and forced a bunch of other musicians from different cultures to play it. Then, to make matters worse, for you and I to access it, server farms were built, again using lots of energy, and it was placed on social media platforms such as Facebook and Youtube where the damn Russians and Chinese spied on us listening and bobbing our heads to the beat. Or, rather perhaps, in yet another week of people dooming and glooming us, we should simply thank our friend, Kris Edmonds, for pointing us to a wonderful video displaying what’s right about our current globe which you can view below. And to remind all of us that modern technology enables all sorts of wondrous moments and connections even as with everything in life, there are trade-offs, and that the worst trade-offs can be mitigated, if we’re smart about it. And so while we catch the cannonball to take us down the line, we remind you about progress in the under 5 mortality rate, why authoritarian governments aren’t so good for pollution and what are the highest grossing media franchises of all time. It’s this week’s International Need to Know, taking the international load off Fanny and putting it right on me. 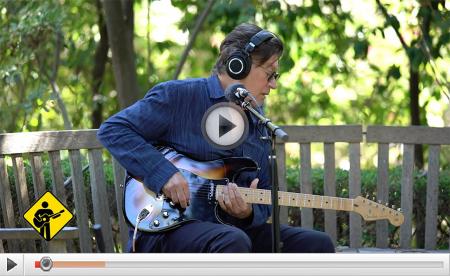 No Better Time to Be Under Five

As others ditch rose for cyanide colored glasses seeing nothing but doom, we do not have to look far for news from the rosaceae family. Last week, the UN released a new report on child and maternal mortality estimates. In the last 28 years, while many continued to bemoan the state of the world, and many more are calling for revolution, or a return to once discredited ideas due to how bad the world is, the mortality rate of children under 5 dropped by 59 percent. Further, “the reduction in the under-5 mortality rate has accelerated and nearly doubled since 2000. It now declines by 3.8% annually, compared to 2% between 1990 and 2000.” Meanwhile, the maternal mortality rate dropped by 38 percent the last 17 years. Now that’s the good news. The less than good news is the world is not yet on track to meet the goal of reducing maternal mortality to less than 70 per 100,000 births by 2030 and even the goal of reducing the under 5 mortality rate to 12 per 1000 births is not quite on track. Nonetheless, amazing progress has been made and if Sub-Saharan Africa sees the economic gains we expect over the next ten years, these goals might yet be achieved. 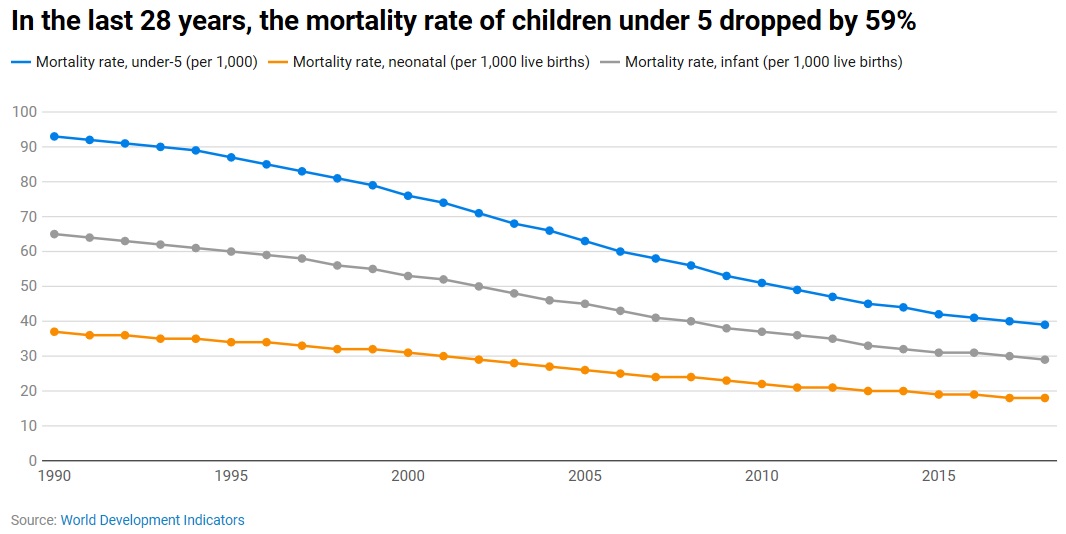 Here in Seattle at the much needed climate protests last week, the local organizers invited noted socialist Kshama Sawant to speak, one of the only local politicians asked to do so. We wish the well-intentioned organizers had read the new paper on The Political Pollution Cycle which found that “top prefectural leaders in China ordered laxer regulation of pollution towards the end of their tenure so that the delivery of social stability and economic achievements boded well for their career advancement. Such regulatory forbearance came unintentionally with tremendous human costs.” In other words, incentives matter, and democracy matters. Socialism, not Democratic Socialism of a Nordic nature, but the actual socialism Sawant advocates, should remain on the ash heap of history. It will not help with climate change and will harm people’s lives. As we’ve noted before, solving climate change is a global problem, will take technological advancements and smart incentives, not ideological relics of a bygone age. 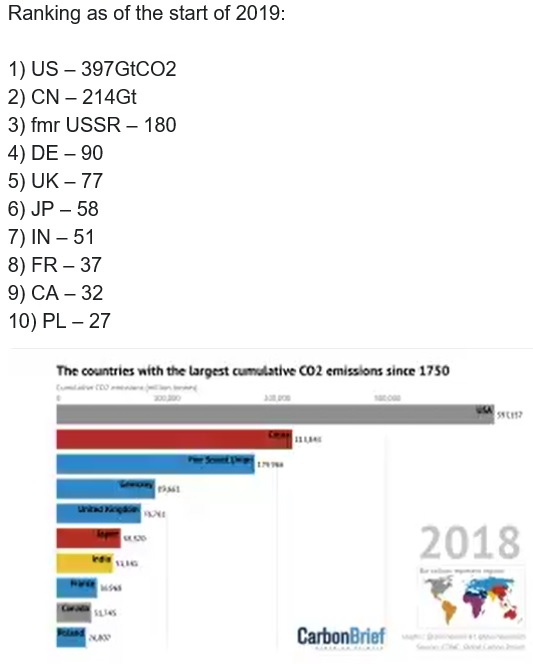 Walking down the broken sidewalk of District 1 in Ho Chi Minh City a few weeks ago, we saw a gaggle of youthful Vietnamese grouped together staring at their phones. We stopped to figure out what was going on. One of them turned to us and said, “Pokemon.” Ah yes, the giant Pokemon game which we’ve never played. But as the list of the highest grossing media franchises published by Title Max of all places shows, we are one of the few who haven’t. Pokemon ranks number one all time with over $92 billion in revenue, two-thirds of which is derived from merchandise, not from video gaming. Hello Kitty comes in second and undoubtedly much to President Xi’s chagrin, Winnie the Pooh is third. Mickey Mouse and Star Wars round out the top five. As you see below, merchandise provides the large majority of revenue for these media franchises. Our distant descendant archaeologists will know us from our landfills. 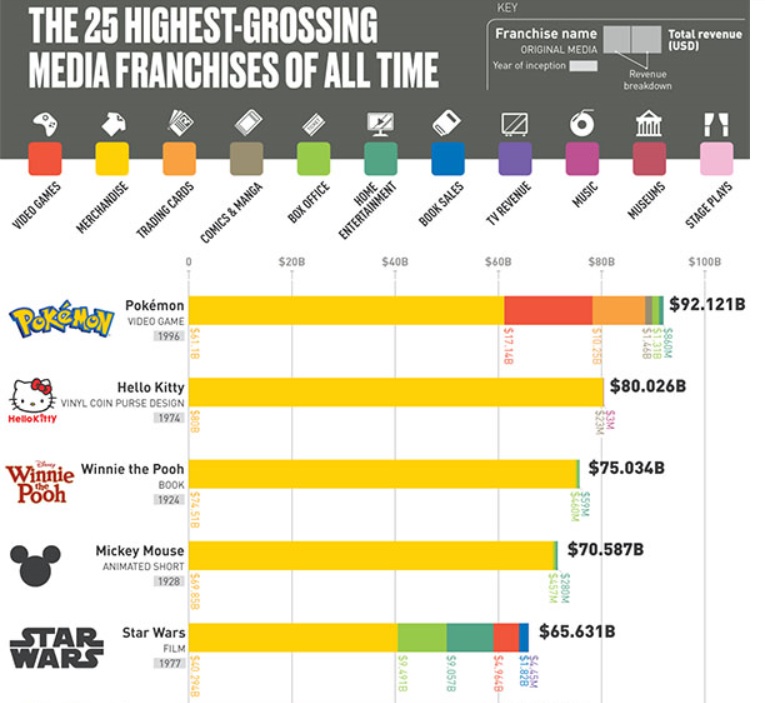 Managing Tawain, Most Censored Countries, and Age of Peak Child We Want a Good Economy, World’s a Stage of Hams, and Acting Good is Not...
Scroll to top