In the future, instead of 15 minutes of fame, everyone will loudly declare they are morally superior to 15 other people. Of course, there’s no time like the present as Marty McFly would attest, and as the NY Times and a congressional committee proved this week. After someone texted us that the CEO of Boeing Commercial Airlines had resigned. We quickly did an Internet search and saw the New York Times headline, “Boeing Executive to Leave as 737 MAX Crisis Swells.” It was a curious headline for the NYT to write since the crisis “swelled” due to the newspaper and other media mis-reporting that Boeing had hidden texts which revealed the company knew the 737 was unsafe back in 2016. Within days that story was debunked by pilots and aviation experts but not before cementing in public opinion that Boeing was an evil company. After the initial release of the texts, the Chair of the House Transportation Committee Peter DeFazio said, “This exchange is shocking, but disturbingly consistent with what we’ve seen so far in our ongoing investigation of the 737 MAX.” Thus far he has neither amended nor retracted that statement. Now we are not defending Boeing’s behavior throughout the rollout of the 737 MAX–we await the completion of the investigation before making any final judgements on the extent of Boeing’s mistakes and how its organizational structure and/or culture may have contributed. But we do wish a compulsion for truth would outweigh the desire of people to feel morally superior to others. Too often the desire to express moral outrage is what drives people nowadays in news, politics, social media and elsewhere. Everyone craves a Marvel movie-like villain and thought those texts gave them one. Let’s aim for 1970s movie complexity instead. And in such spirit, we admit to overselling reforestation as a solution to climate change, ponder the possibility of an Asian recession and wonder at the absence of EU unicorns.  It’s this week’s International Need to Know, you talking to me, you talking to me…and my international information and data?

We Missed the Forest Through the Trees

Last week we pointed to another resource and study on how planting trees can be a contributing solution to climate change. We were a bit too enthusiastic in our Treebeard love it turns out. All this tree planting mania was based on a July Science article claiming reforestation as a climate change champion. But the paper overstated things considerably according to a new paper in Science Magazine criticizing the original July paper. Among the criticisms are that they “inflated soil organic carbon gains, failed to safeguard against warming from trees at high latitudes…and considered afforestation of savannas [etc] to be restoration.” On that last point about savannas, a number of scientists have expressed alarm that planting trees in grasslands and savannas will actually harm the environment. The original paper writers dispute the criticisms. We do not have the science chops to referee this dispute but since the original authors have now changed their paper from claiming “tree reforestation is the most effective climate change solution” to “one of the most carbon drawdown solutions” we’d have to say they oversold reforestation as a solution. To the degree we’ve done the same, we apologize. 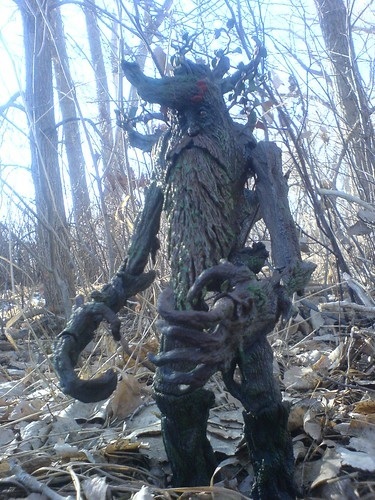 All the pieces matter, we imagine the Lester Freamon of economists muttering to themselves as they examine a slowing economy. This is especially true in Asia where both the Japanese and Korean economies are slowing down even amidst their own bickering over trade issues. The latest data shows exports from Japan contracted for the 10th straight month in September. According to Ministry of Finance data, “exports in September slumped 5.2% from a year earlier.” Meanwhile in Korea, the economy grew just 1.9 percent in the first half of this year and exports plunged there too, down 19.5 percent so far in October from a year earlier. The biggest culprit for both countries’ economies? China. Exports from both Japan and South Korea to China are way down. China continues to export at a fairly robust pace but its imports are down. If Asian countries were an NBA basketball player, they might be making different statements than LeBron James. Oh, and by the way, this is evidence that China’s GDP is not growing at the 6 percent rate they claim, but probably at a much lower rate. All the pieces matter. 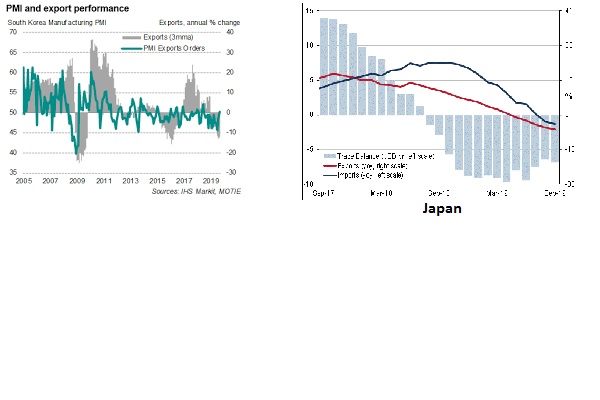 Where are EU’s Unicorns?

We continue to disparage the overuse of the word unicorn in economics and sports but since our eight-year old niece, the cutest little girl in the world, loves them, we turn to a list of all the unicorn companies in the world and discover it tells much about the global economy. Remember that a unicorn company is a private business with a valuation of over $1 billion. The list of unicorns in the world is full of U.S. and Chinese companies which makes sense given they are the world’s two largest economies. This is one reason why so many of us keep a worried eye on the U.S. – China relationship. When one looks at the 50 largest unicorns, we need magical glasses to find EU unicorns. There is one UK company, but of course, the UK may not be long for the EU. Sweden is the only other EU country that is home to a unicorn in the top fifty. Interestingly, Indonesia has two among the top fifty, as many as the EU combined. Indonesia is the fourth-largest country in the world and the possibility of its continuing to develop economically is one of the nine most important economic pivot points of the next decade. 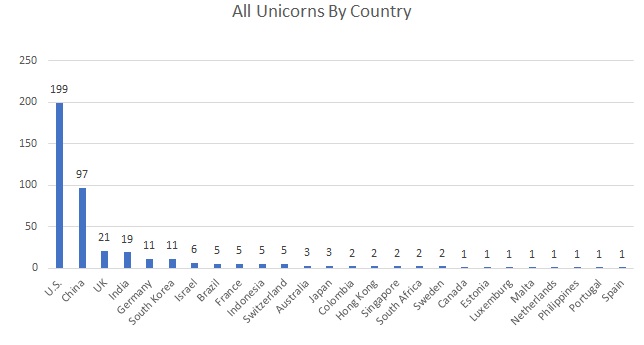 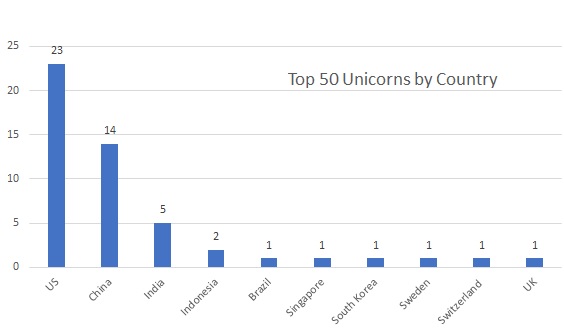 Italy and Vietnam’s Futures, Ents to the Rescue and Dying Indian Coal The Geopolitics of Business, The Unseen Dead and Heavy Concerns on Plastic
Scroll to top