As we gazed with wonder at Gian Lorenzo Bernini’s sculpture depicting Apollo consumed with desire chasing after the unreachable Daphne in Rome’s Borghese Gallery, we came to realize we must make an apology for our most recent edition of INTN. We regret any offense we may have caused for claiming China’s economy has slowed down. Similarly, we were out of line to imply that other countries are taking actions to counter China’s Belt and Road Initiative. Clearly we were uneducated and misinformed. We apologize profusely for implying the Belt and Road is not embraced at all times everywhere. And we lie prostrate begging for forgiveness for touching the third rail of politics in talking about the separatists in Hong Kong, Taiwan and Xinjiang. We recognize, as President Xi said in Nepal this week, that rightfully “anyone attempting to split China in any part of the country will end in crushed bodies and shattered bones.” We did not intend for the October 3rd issue to cause any offense to INTN fans and friends of ours in China. We were merely voicing one thought, based on one interpretation, of one complicated event. We have had a lot of opportunity since to hear and consider other perspectives. But we don’t apologize for comparing Italy and Vietnam, how Ents may rescue us from climate change and how coal is losing in India. It’s this week’s International Need to Know, willing to serve on Ukrainian gas company boards in return for good international information and data. 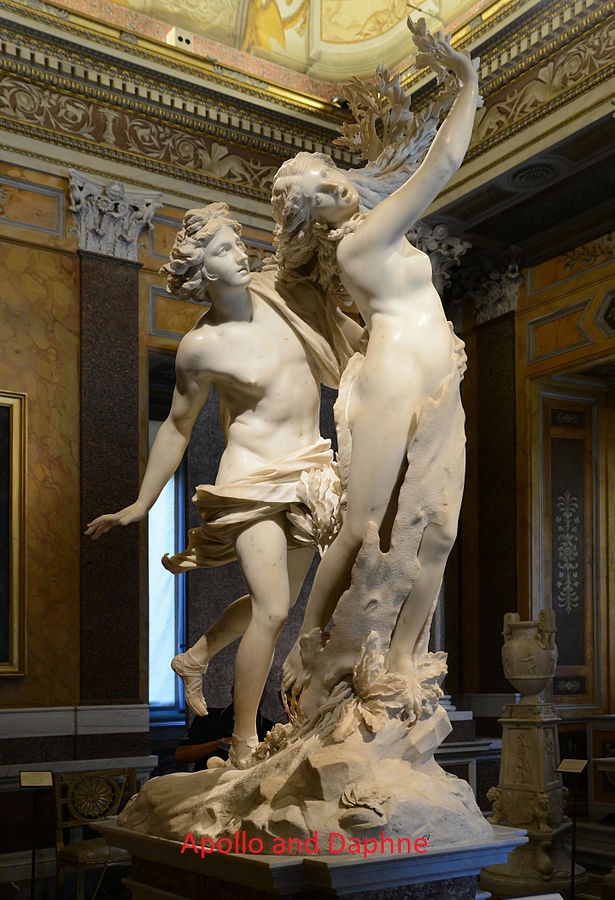 We enjoyed tremendously, as we always do, our trip to Italy last week. We ate delicious meals, saw amazing sights and generally drank up both Italian culture and its wine. And yet it was striking to see both Italy and Vietnam in a month’s time. Italy’s GDP per capita is ten times higher than Vietnam’s, but in many ways feels more like a developing country than Vietnam, or at least Ho Chi Minh City. Crumbling infrastructure, inefficient bureaucracies, laundry hanging from windows, dodging Vespas instead of Ho Chi Minh City’s Honda scooters—Italy’s future worries us. Don’t get us wrong, by almost any economic measure Italy is still far above Vietnam, but one country’s line is sloped upwards and the other’s is at best flat. We have traveled to both countries for over 20 years and wonder whether Vietnam will surpass Italy before our travels are done. Of course, that is only if Vietnam continues to liberalize, one of the world’s six most important pivot points. 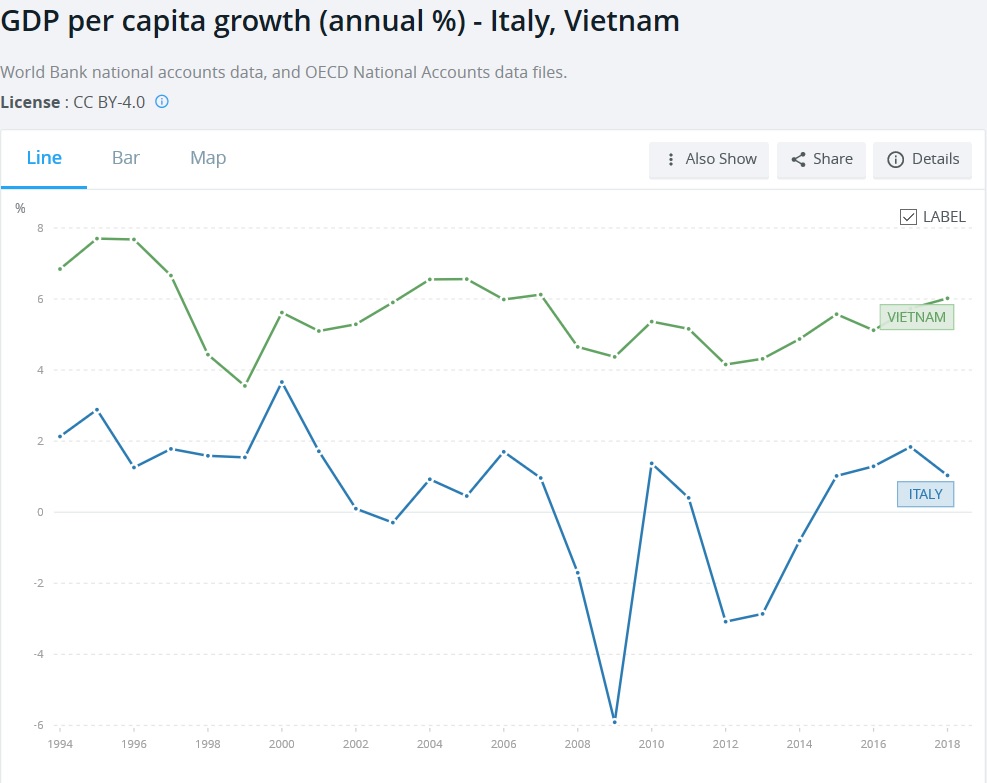 Ents to the Rescue

While you despair at mitigating the worst consequences of climate change, we turn to Treebeard for hope. We noted recently that Ethiopia planted 350 million trees to reforest the country and combat climate change. Now comes a study from the Crowther Lab of ETH Zurich, which investigates nature-based solutions to climate change, that shows how much land in the world is suitable for reforestation and where. According to the study, 2.2 billion acres could be reforested that would “ultimately capture two-thirds of human-made carbon emissions.” But we need to act quickly since the forests need to grow for two decades to reach their full carbon capture potential. Below you see the countries with the most suitable land. Trudeau, if he can stop partying in brown face for a moment, should make this a major policy priority, given his vocal support for climate change initiatives. Similarly, President Xi could take a break from hectoring basketball executives and make a big contribution to climate change. The U.S. has major potential but we’re curious how much of this could be done federally and how much must be done by states. Check out their interactive map and list of reforestation organizations to think through how you can help. 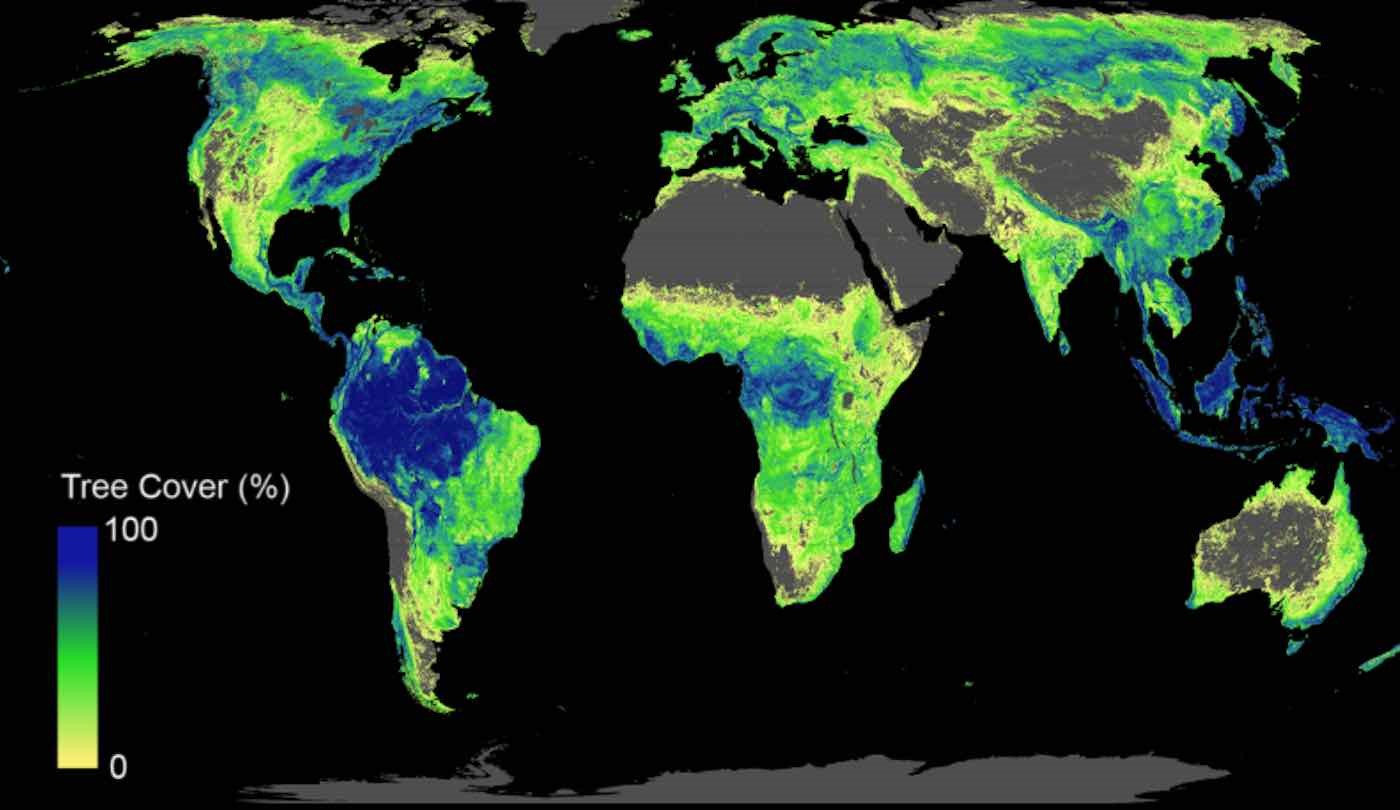 India is one of the five most important countries in the world, partly because of its impact, one way or another, on climate change. Currently, coal supplies 80 percent of India’s power but that is likely to change significantly over the next ten years. This is because new renewable energy “is now 20 percent cheaper than existing coal-fired generation’s average wholesale power price” and “65 percent of India’s coal power generation is being sold at higher rates than new renewable energy bids.” Renewable energy is not only cheaper than coal nowadays, it is, of course, cleaner. And that will drive the change from coal but not necessarily over concerns for climate change but instead because of pollution. Remember that India has eight of the ten most polluted cities in the world. “Coal is responsible for 80% of India’s mercury pollution, 60% of airborne particulate matter, 45% of Sulphur dioxide emissions, and 30% of nitrogen oxide levels.” People don’t clamor about climate change but they do about air pollution which they can see and taste. Air pollution is being cleaned up in China and other places due to these complaints and the same too will happen in India. 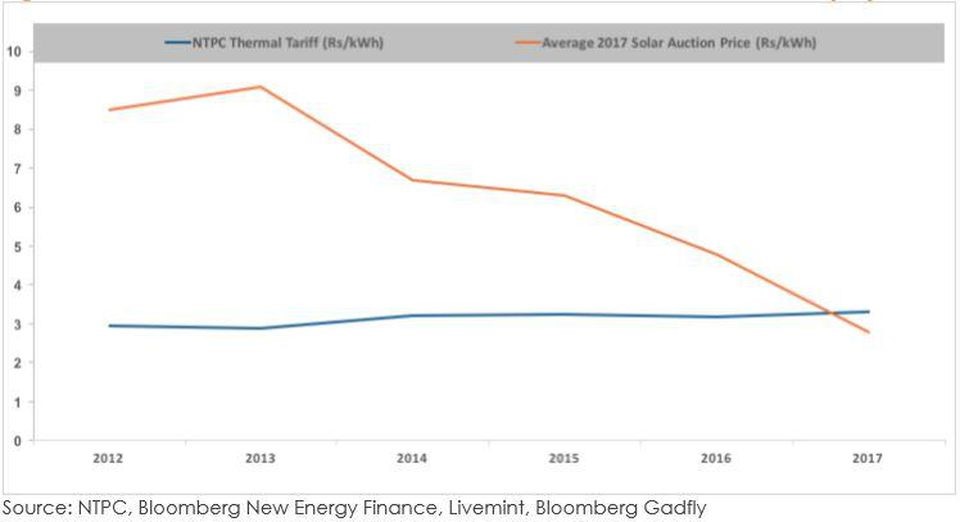 We Want a Good Economy, World’s a Stage of Hams, and Acting Good is Not... We Missed the Forest, Asian Recession Where Are The Eu’s Unicorns
Scroll to top