After seeing a Beautiful Day in the Neighborhood, the new movie about a journalist’s relationship with Mr. Rogers, we read the most recent article of the real life inspiration for the journalist in the movie. Tom Junod notes many people ask him what Fred Rogers would say about Donald Trump. Junod asserts Mr. Rogers would say what he said about many problematical or complicated people, “He would say that Donald Trump was a child once too.” We should have thought about that when playing basketball with our eight-year-old niece and seven-year-old nephew late Thanksgiving day afternoon. The basket was set to nine-feet-tall at their request. At one point my nephew commanded me, “Play hard mode,” by which he meant I should try to beat him, not go easy on him, as if I were a setting on a basketball video game. We were reluctant to do so but he kept repeating it so finally we drove past him and leapt up to dunk the ball as we once could have done easily on a nine-foot hoop.  When we landed, barely having put the ball through the basket, pain shot through our good knee, it felt like we had suffered a hernia down somewhere below our gut which may have been a manifestation of all the Louisiana cornbread stuffing, mac and cheese and sweet potato pie we had just eaten, and marshaled all our energy to not crumple to the ground in agony. While our nephew trash talked us a bit, we tried to maintain our dignity, and transitioned to soft mode. Painfully dribbling the ball, looking at our young nephew, we wanted to say, “We were once a child too.” Today, as we rub our knee wistfully recalling our youth, we try to remember that the Chinese authorities forcibly harvesting organs were once children, that children are counting on us to implement clean energy technology to ward off the worst effects of climate change and that South Korean children hope for less inequality. It’s this week’s International Need to Know, Knives Out to find the most important happenings around the world.

The last time we gathered in this space, we questioned our doubts about accusations that China is harvesting organs from political prisoners. We did so after reading data analysis of China organ transplants showing official Chinese transplant numbers are made up. Now comes news that gives us even more pause. An International Tribunal assembled by the International Coalition to End Transplant Abuse in China (ETAC) has gathered evidence and listened to witnesses (all of which are available on a website to allow others to make their own analysis). The Tribunal’s conclusion?  “On the basis of all direct and indirect evidence, the Tribunal concludes with certainty that Forced organ harvesting has happened in multiple places in the PRC and on multiple occasions for a period of at least twenty years and continues to this day.” Rarely have we seen a more chilling and damning conclusion of a country’s current day practices. Along with the atrocities in Xinjiang against Uyghurs (one of the groups allegedly targeted for forced organ harvesting), the practice of forced organ harvesting is causing us to reassess how the world should relate with China. The principal group targeted so far for forced organ harvesting is the Falun Gong, a religious group deemed a cult by China’s government. One of the many pieces of evidence presented at the Tribunal was the fact that imprisoned Falun Gong have their blood tested and organs examined and other prisoners do not.* Blood testing is needed so that donor and recipients can be matched. The world faces important choices on how best to confront this conclusion. The worst option is to ignore it.

*Falun Gong have been targeted but it appears Uyghurs are being prepped: “Ethan Gutman gave evidence to the Tribunal in December 2018 stating that ‘over the last 18 months, literally every Uyghur man, woman, and child – about 15 million people – have been blood and DNA tested, and that blood testing is compatible with tissue matching.’”

Clean Energy is Already Saving Us

At dinner recently, a friend told us of their Gen Z son who believes the world is doomed due to climate change, and believes we are fated to starve and burn up in ten to twenty years’ time. Maybe it is the contrarian in us but while everyone else goes all doom and gloom, we don’t exactly see sunshine but certainly abundant rays of hope. Advances in clean energy may already have mitigated the worst case scenarios for future warning. The world is currently tracking for warming of 1.5 – 2.5 Celsius which is far less than the UN’s worst case scenarios, and that is due to current installations of clean energy technology. And, although a few weeks ago we noted our over optimism that the world was reaching peak oil emissions, others believe we are now near it. “Over the past 5 years, the global economy grew by 3.5% per annum, but emissions grew by only 0.8% per annum. One more push during the next decade, and we’ll set off on the down-slope.” Would we feel better if the U.S. president believed in climate change and took steps to prevent it? You bet. But there’s hope yet, Gen Z. (“Okay Boomer,”—our Millennial editor.) 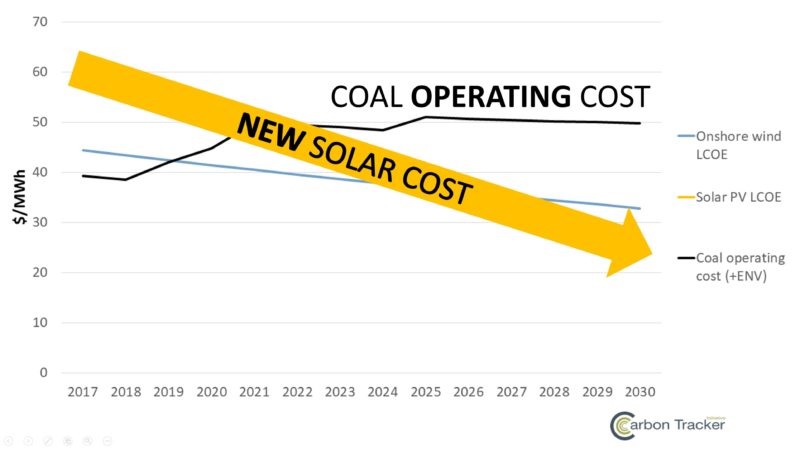 Over the long Thanksgiving weekend, we watched the movie Parasite, a parable of South Korean income inequality by the director Bong Joon-Ho. It is one of the best movies of the year—unpredictable with 3-D characters (the useful kind, not the Marvel movie 3-D you pay four dollars extra to see). Although we do look forward to someday seeing a movie allegory about how a market-driven economy raised living standards in South Korea (and elsewhere) to remarkable heights in forty years, concerns about inequality are understandable in South Korea. It has one of the higher levels of income inequality among developed countries with rising poverty levels in recent years, especially among the elderly. This is all made worse by a population aging as quickly as Japan’s and stark gender inequality. South Korea has made remarkable economic progress in the last 50 years. But it is currently facing serious economic and sociological challenges, the only upside of which is to spur great cinema like Parasite. 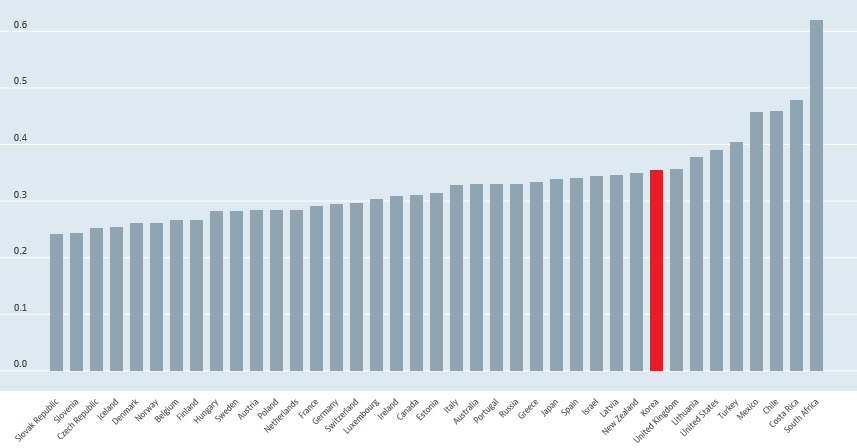 Chinese Prisoners Dilemma, Peak Oil by 2035, & Who is Learning What We Think About China, Checking Your Blood, and Eat to Win
Scroll to top