Who is the best person in the world you may be asking yourself? Well, if you weren’t before you are now that we’ve posed the question. Some would pick Greta Thunberg. Others would choose a recent Nobel Peace prize winner or a medical researcher who cured some disease. We’re here to tell you the best person in the world is the trombone player for the touring version of Preservation Hall Jazz Band, Ronell Johnson. We were first blown away (all pun intended) by him at a show last year. Though he’s clearly eaten a beignet or two, we don’t understand how he’s not skinny as a rail since he was constantly moving, bopping, dancing and lifting his horn up while on stage. We originally thought he must sit quietly when not performing, but no, in the fun documentary, A Tuba to Cuba, which chronicles Preservation’s trip to Cuba to examine the common roots of New Orleans and Cuban music, Ronell’s wife says he is the most joyful person in the world and that everyone loves him. He’s a solar panel of a human being, lighting up every room he enters, making it a better, more rousing place than how he found it. So if the world ever gets you down, if you’ve got the holiday blues, just think of Ronell, and as the song below, instructs, Keep Your Head Up. It’s this week’s International Need to Know, your tuba of international information, sousaphone of international data. 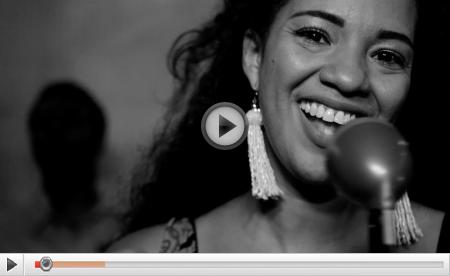 What We Think About China

In our upcoming book about the U.S. and China (it will be required reading for INTN readers—there will be a test), we discuss alliances. The latest Pew Global survey of people’s opinions on China shows that given the world’s worries about China, there are increased possibilities to create alliances to mitigate some of China’s challenging practices. Eight countries have seen double digit decreases in their favorability rankings of China. Indonesia, Canada and Sweden all have 17 percent decreases. Canadians, of course, surely have taken note that two of their citizens have been held incommunicado for more than a year in retaliation for Canada’s justice system using the rule of law to adjudicate Huawei’s CFO, who is out on bail living in one of her two mansions in Vancouver, BC with full access to lawyers, Tim Horton’s and hockey on demand. The Pew Global survey was conducted before China announced retaliation for Sweden’s Minister of Culture attending an awards ceremony honoring the bravery of a Chinese-Swede journalist now imprisoned in China. We’re guessing China’s popularity has decreased even more since the survey. China’s party-state aggressive behavior may seed its own destruction.

When we come home from an international trip using our Global Entry status, we now have to place our fingers on a scanner that checks our fingerprints. Besides being a good way to transmit disease, we find the increasing use of biometric data annoying which probably indicates we are old and easily annoyed–but even so right to be concerned. Which countries are most invasive in their use of biometric data? Comaratech analyzed 50 countries and to no one’s surprise China is the most invasive user of biometric data. Number two is Malaysia, followed by Pakistan, the good ole USA and then a four-way tie for fifth among India, Indonesia, the Philippines and Taiwan. Biometric data will perhaps make security more efficient and, well, secure, but we wonder if all the trade-offs have been properly assessed.

5 Worst Countries for Invasive Use of Biometric Data

Earlier this week we tried to carve a chicken. We watched a Youtube video first to make sure we got it right. Let’s just say our carving of the chicken bore little resemblance to the instructional video by the chef. Which got us to thinking as we prepare to spend a holiday season eating, which world city has the best restaurants (given our carving skills, we’re looking to eat out more)? We’ve often told people Tokyo is one of the best cities to eat in and data proves us right. Tokyo tops the list of cities with the most Michelin star restaurants, topping out at 234. Paris is second but given its population is six times smaller than Tokyo’s, Paris is pound for chicken pound arguably greater than Tokyo. Rounding out the top five are Milan, Vienna and London. Whet your lips with the full list below. 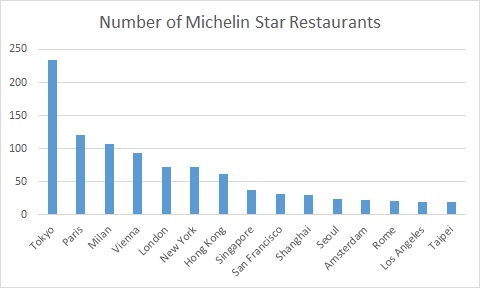 Chinese Prisoner Dilemma Escalates, Clean Energy Is Saving Us, and South Korean... Big Business in 2008 and 2018, Rwanda on the Rise, and Imprisoned Journalis...
Scroll to top