Earlier this week we found ourselves driving after midnight out of Bellingham to Seattle. We’ve made this drive eleven thousand four hundred fifty three and a half times (we once got stuck in a snow storm) over the years. Many years ago when driving south it was a quiet ride all the way until Everett (about 20 miles north of Seattle for our non-Puget Sound area readers). Over the last five years we now find ourselves mired in traffic the entire drive, distracting us from the amazing natural beauty just south of Bellingham. But until this week it had been a while since we made the drive so late at night. For the first twenty-five miles no head beams blinded us from behind, no red tail lights distracted ahead. We devoured open road and on a bright moon-lit night, the trees glimmered, Lake Samish shimmered and the clarifying horns of Satchmo guided us on our way. It is a more prosperous, healthy world we inhabit, but it is also easy to long for the quiet days gone by. We are tempted to find a job working graveyard to bring them back to life but then the Staunton Lick shuffled onto our playlist and we returned to the world to compare big business today and ten years ago, the surprising success of Rwanda, and who jails the most journalists. It’s this week’s International Need to Know, wishing you and yours an internationally happy holidays. 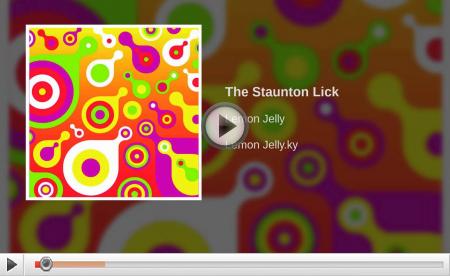 Like the good Brit/Canadian we are not, INTN takes Boxing Day off next week. We’ll see you in 2020.

As we near the end of the teens (tens?), and prepare for 2020 (how did that happen?!!), let’s examine changes in the list of the largest companies in the world from over the last ten years. The handy list below shows the largest companies in 2008 compared to 2018. Interestingly and not surprisingly because historically these lists change quickly, there is only one that was in the top ten in 2008 that was still one of the largest companies in 2018, Microsoft. Perhaps they should have been broken up after all…of course, where they derive their revenue today is far different from 2008–they are practically a new company compared to ten years ago. China has two fewer companies in the top ten than ten years ago, both of which are Internet based businesses. In fact, seven of the ten companies in the 2018 list are technology companies, although Amazon could be classified any number of ways. We expect the list in 2028 will be just as different as 2018 is to 2008 no matter whether or not Elizabeth Warren gets her wish to break up big companies such as Facebook.

Rwanda on the Rise

We’ve talked up Ethiopia a fair amount here as the most underrated country in the world. Rwanda is also too often ignored, one of a number of African countries that are increasingly locations for manufacturing and fast growing economies. Last week, it was announced that Rwanda’s economy grew over 11 percent in the third quarter year over year. It is expected that the Rwandan economy for all of 2019 will grow at a rate of over 8 percent. Since the end of the civil war in 1994, poverty has decreased in Rwanda 40 percent. In October, an iPhone manufacturing plant opened in the capital Kigali. Rwanda has many challenges (don’t we all?), but it’s one of a number of potential African Lions lurking in the world’s tall grass.

Information Wants to Be Jailed

We hope that 2020 will be a better year for journalists than 2019 was. According to the Committee to Protect Journalists (CPJ), “For the fourth consecutive year, at least 250 journalists are imprisoned globally.” China, which likes to be number one in everything, beat out Turkey to rank first on the list with 48 journalists currently imprisoned there. But Turkey was no slouch, just behind at 47, followed by Egypt, Saudi Arabia and Eritrea. CPJ points out that while most of these journalists were jailed for so-called “anti-state” activities, the fun new trend is for journalists to be arrested and imprisoned for producing “false news.” Thanks be to the impeached for that, I suppose.

Last minute addendum: This morning while driving in the dark to our office we listened to a new special episode of the podcast In The Dark. It is easy to make fun of reporters these days, especially political ones, but so much of journalism is more than about presidential politics. Madeleine Baran and the rest of the In the Dark Team make a real impact on our world. The wrongfully convicted Curtis Flowers is out of jail because of a hard working group of reporters. Those that imprison journalists deserve our ridicule and scorn. Journalism like In the Dark, deserve our support. 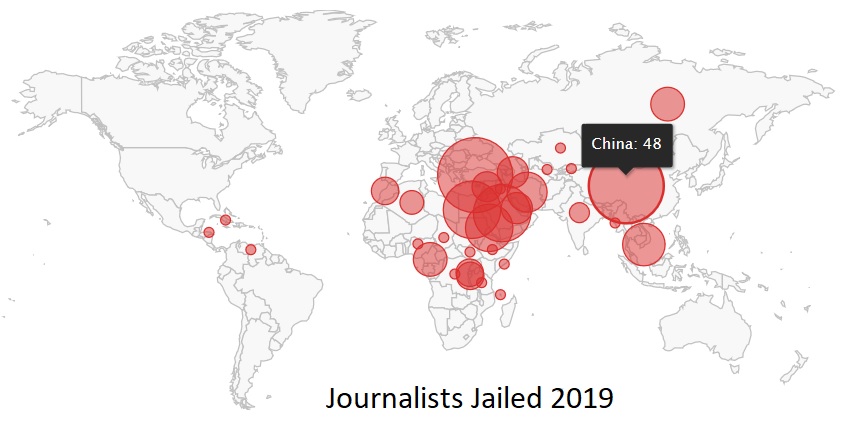 What We Think About China, Checking Your Blood, and Eat to Win Earth is Greener, We Are In Your Debt, and Yukimuri the Drone Dog
Scroll to top