For reasons we don’t entirely understand, our gym plays old Law and Order episodes on the TV continuously. Last week while on a stationary bike we glanced up at the TV and two cops were sitting in their car, one of them reading a News of the World or some such tabloid with a lurid, over the top headline. The TV cop seemed half interested in the tabloid and half in whatever his partner was saying.  As we pedaled faster, it occurred to us that today’s world is one big tabloid writ large thanks to the Internet. Where once we were exposed to headlines only occasionally, perhaps while standing in line at the grocery store, now we are bombarded with outlandish claims, titillating tales and bombastic news at all times of the day, throughout the weeks, months and years. Through social media and other platforms, everybody is a National Enquirer headline writer nowadays, as well as a Weekly World reader, whether we want to be or not. There are not more crazy things happening today than in the past, we’re just seeing them more often and this vast trove of dubious information passes across our gaze magnitudes more often. What this means for law and order we are not certain but we do know the earth is greener than it was twenty years ago, there is much more debt around the world and we will never grow tired of Japan’s drone dog mascot. It’s this week’s International Need to Know, whose new year’s resolution is never to make 2020 hindsight jokes this year.

The Earth is Greener

As 2019 departed, the year-end summations in the news tended to emphasize all the bad trends and events of last year so what better way to start 2020 then to remind us that many things are getting better, including the greening of the earth by the two most populous countries—China and India. Yes, according to a new analysis of satellite data by NASA, “the world is literally a greener place than it was 20 years ago.” There are more trees and plants covering the planet than there were in 2000 thanks to tree planting policies in China and agricultural efforts in India. In fact, India and China are using the same amount of land to grow food but production is way up as is total green leaf area. NASA says there is an important lesson to be learned from all of this: “Once people realize there’s a problem, they tend to fix it. In the 70s and 80s in India and China, the situation around vegetation loss wasn’t good; in the 90s, people realized it; and today things have improved.” China and India have all kinds of problems and are making serious mistakes in a number of spheres, but they have done some good things too. Let’s hope they continue to learn lessons, as must we all. 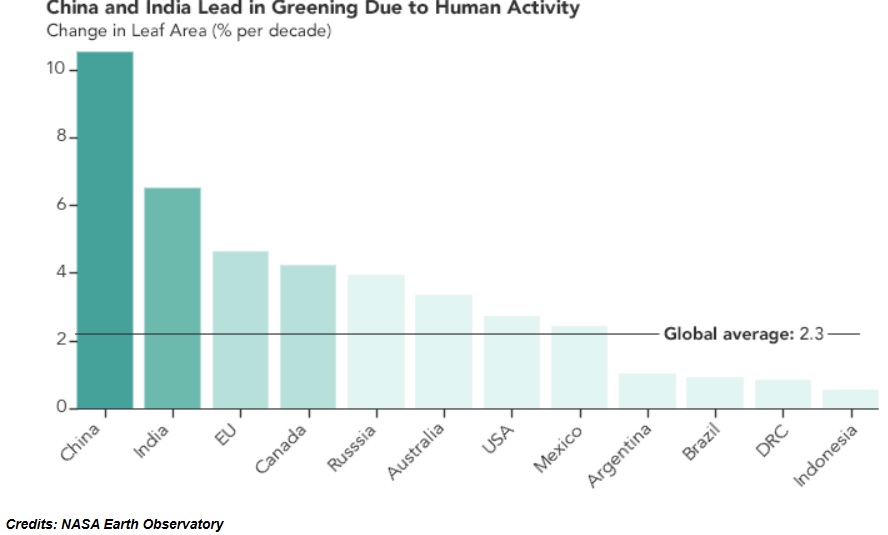 We Are In Your Debt

Yes there are more plants and trees than 20 years ago but there is also more debt. A graphic from Visual Capitalist shows the United States has the largest percent of debt worldwide at 31 percent, followed by Japan (17%) and China (nearly 10%). China’s debt is likely undercounted in this graphic but even undercounted Chinese debt has grown two trillion in the last few years. Regionally, Asia accounts for the largest percentage of world debt, followed by North America. Forgetting percentages for a moment, the total debt increase over the last twenty years is immense, some of which may have been warranted due to climbing out of the Great Recession (and yet debt keeps going up whether an economy is strong or not—it’s as if Keynes has gone on a 24-7 bender).  In 2000, worldwide debt was estimated at around $20 trillion. Today, it’s up to $69 trillion so debt has tripled in 20 years. If plants and trees had tripled in that time frame, we’d have less of a climate change crisis. More green trees less red debt? 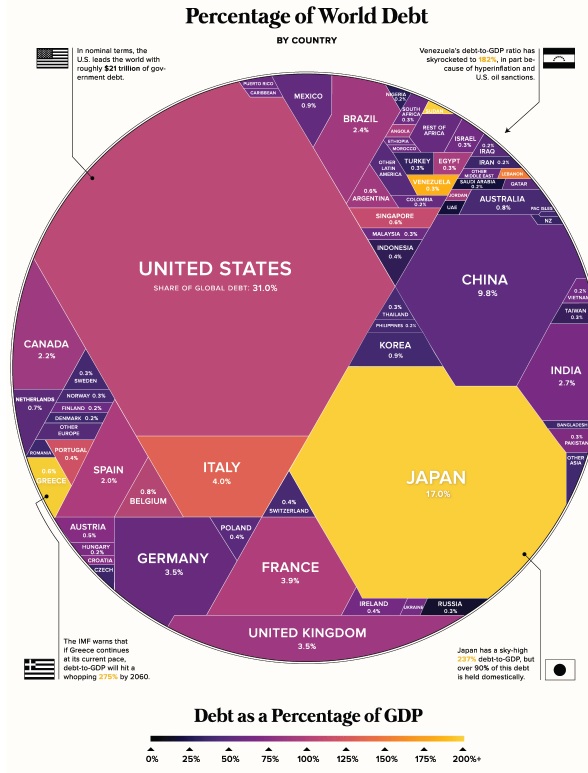 But enough for worries this week (there will be plenty of time for that the rest of 2020), let’s get back to good news and that means the revelation of Yukimuru the Drone Dog. Americans love dogs. British love dogs. Everyone loves dogs. But perhaps only the Japanese would create a drone dog mascot. Via the remarkable @MondoMascots, a Twitter account which tracks Japanese mascots, we learned of Yukimuru, a drone mascot created by the town of Uji in the Kansai region of Japan. According to Nextweb.com, the drone dog is named after “an actual historic dog named Yukimaru, the companion of imperial Prince Shotoku, who ruled from 574-622 and created Japan’s first political constitution.” Unlike Black Mirror’s drone dogs, this one is cute and represents democracy not dystopia. 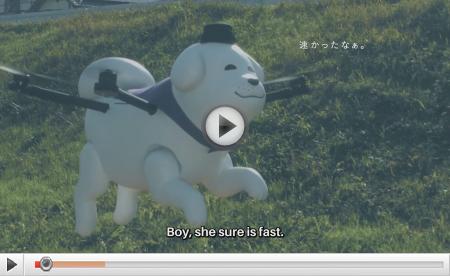 Big Business in 2008 and 2018, Rwanda on the Rise, and Imprisoned Journalis... Did Globalization Cause Inequality, Spiting Our Nuclear Noses with Coal, and...
Scroll to top