It is a little known fact that we were born in Iowa City (Editor: little known because nobody cares where you were born) though we only lived there the first year of our life. So we have no special affinity for Iowans and lament their voting Bernie Sanders either second or first in their little caucus (as of this writing they are still learning to count votes–I believe they are reduced to using corn kernels as some sort of primitive abacus). But we are on record, admittedly after a glass of wine and only in front of a small group of friends, of asserting that if the choice this fall is between 75-year-old, anti-non-white immigrants, loud-mouthed, Putin-loving Donald Trump and nearly octogenarian, anti-immigrant, Soviet Union honeymooning, hectoring Bernie Sanders, then Nate Silver calculates there is a 73.5 percent chance we will renounce our citizenship, leave the country, and move to New Orleans. Just in case, we are doing a test run to NOLA next week smack dab during Carnival season where we will watch various Krewes’ parades, Shorty Gras featuring eponymous Trombone Shorty, Bounce legend Big Freedia, and Brass Band veterans the Soul Rebels, and avoid all politics and policy while eating and drinking ourselves silly. Among the Krewe parades we plan on seeing are the Mystic Krewe of Femme Fatale, the Krewe of Pontchartrain and the Krewe of Barkus, which is a parade of dogs. In the meantime, while we prepare to eat crawfish and beignets, we regretfully report bad news on world hunger, inform you of the most valuable brand in the world and note which countries are battling homelessness best. It’s this week’s International Need to Know, tossing beads of international data from our global float.

INTN will be busy parading next week but back on February 20th.

We have continued to remind people in this space that the world has consistently gotten better over the years, including the last ten. But unlike China in the early stages of the Corona Virus, INTN is nothing if not transparent and honest and so we note that the latest data on hunger and undernourishment is troubling. The UN’s Food and Agriculture Organization’s latest report states that, “the decades-long decline in the prevalence of undernourishment in the world had ended and hunger is slowly on the rise.” After decades of great progress in reducing hunger, it has been increasing since around 2015. Hunger continues to decrease in Asia but is rising in both Africa and South America. We wonder if the northern African refugee crisis and the catastrophe in Venezuela explain the problem. Regardless, there are 820 million people in the world suffering hunger and instead of that number decreasing, it went up the last four years. We worry that so many of the institutions and policies that led to a much improved world the last 50 years, are being cast away with resulting negative consequences. 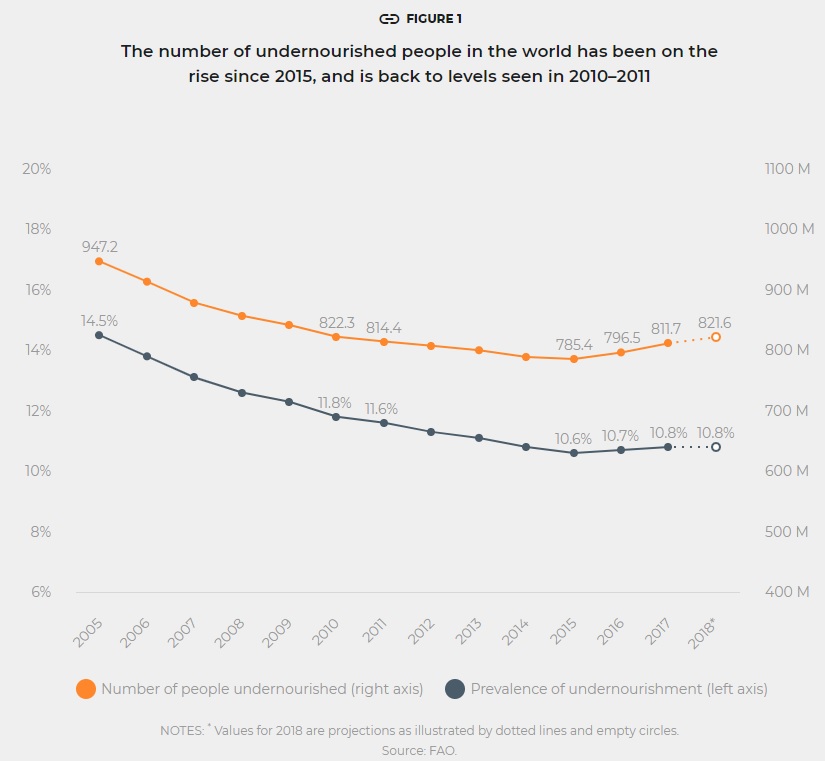 International Need to Know’s brand is golden but what are the other most valuable brands in the world? Brand Finance has the answer in their 2020 Global 500 Report which determines that Amazon is the most valuable brand in the world. In fact, the U.S. dominates with six of the top most valuable brands being American companies. China has two companies in the top ten, including ICBC bank and the insurance/financial service giant Ping An. That both of China’s top ten companies are in financial services is a bit worrying given the reports of debt and non-performing loans in that sector. On the other hand, lower on the list but rising are a variety of Chinese tech companies such as Tencent. However, one of China’s large tech companies, Baidu, saw the largest drop in brand value over the last year. Brand Finance determines brand value based on business performance, brand revenues and other categories. As you shop on Amazon for a new secure phone for Jeff Bezos, check out the list below.

Homelessness Around the World

Here in Seattle, the worldwide headquarters of INTN, you can’t escape the homeless, whether walking down the street or in casual conversations at cocktail parties. But what is going on in homelessness in the rest of the world? According to the Organization of Economic Cooperation and Development (OECD), homelessness has increased in about one-third of OECD countries, including in the UK, Netherlands and New Zealand. But homelessness has decreased in about one-quarter of OECD countries while remaining flat in the rest. The largest decreases in homelessness were in Finland, Norway and next door in Canada. Perhaps we should study what is happening in those countries to fix our own homeless problems, including here in Seattle.

Love in the Time of Corona, The Good, The Bad and The Corrupt, and China/US... African Handwashing, Languages Most Spoken, and India’s Economic Trou...
Scroll to top