Up ahead a family wheeled their ladder on the specialy constructed platform that they then flipped over for their children to sit in. Bam and Nikka, who we just met, took us under their hospitable New Orleans’ wings and showed us how to plead for the best throws from the Mardi Gras floats parading by. Notwithstanding stereotypes, this has nothing to do with baring one’s chest. Mardi Gras is really a family affair, full of kids, costumes and the coming together of the most unique and special city in the world. The parades that first carnival weekend featured bands, floats, dancers, and entertainment of any category you can think of. Mardi Gras betrays the stereotype of easy-going, lazy New Orleanians. Sure they may not fix their potholes, create the latest gee-whiz technology or work insanely long hours, but to put on the equivalent of a dozen torchlight parades in a single weekend, with complicated floats and “throws” that are mini works of art tossed to the deserving crowd, along with the beads, takes a year-long dedication to the cause that no other city’s culture possesses. Nikka spent the last month working on her sign sculpted with lights to attract the most coveted throws, including purses and shoes. The Mande Milkshakers–women of every size, age and race–had obviously practiced their moves over and over to get such fun loving precision, as had the high school band with their high steppers and drummers banging the beat with the seriousness of Moses on the Mount. Even the 610 Stompers (“Ordinary Men, Extraordinary Moves”) had obviously spent many an hour perfecting those dances. New Orleans is as relaxed as anywhere you’d want to go but you gotta work hard to have fun. And they do, and we work hard to bring you corona hand washing worries in Africa, which languages have the most speakers and India’s spiraling economy. It’s this week’s International Need to Know, blowing international information and data like Trombone Shorty at Shorty Gras. 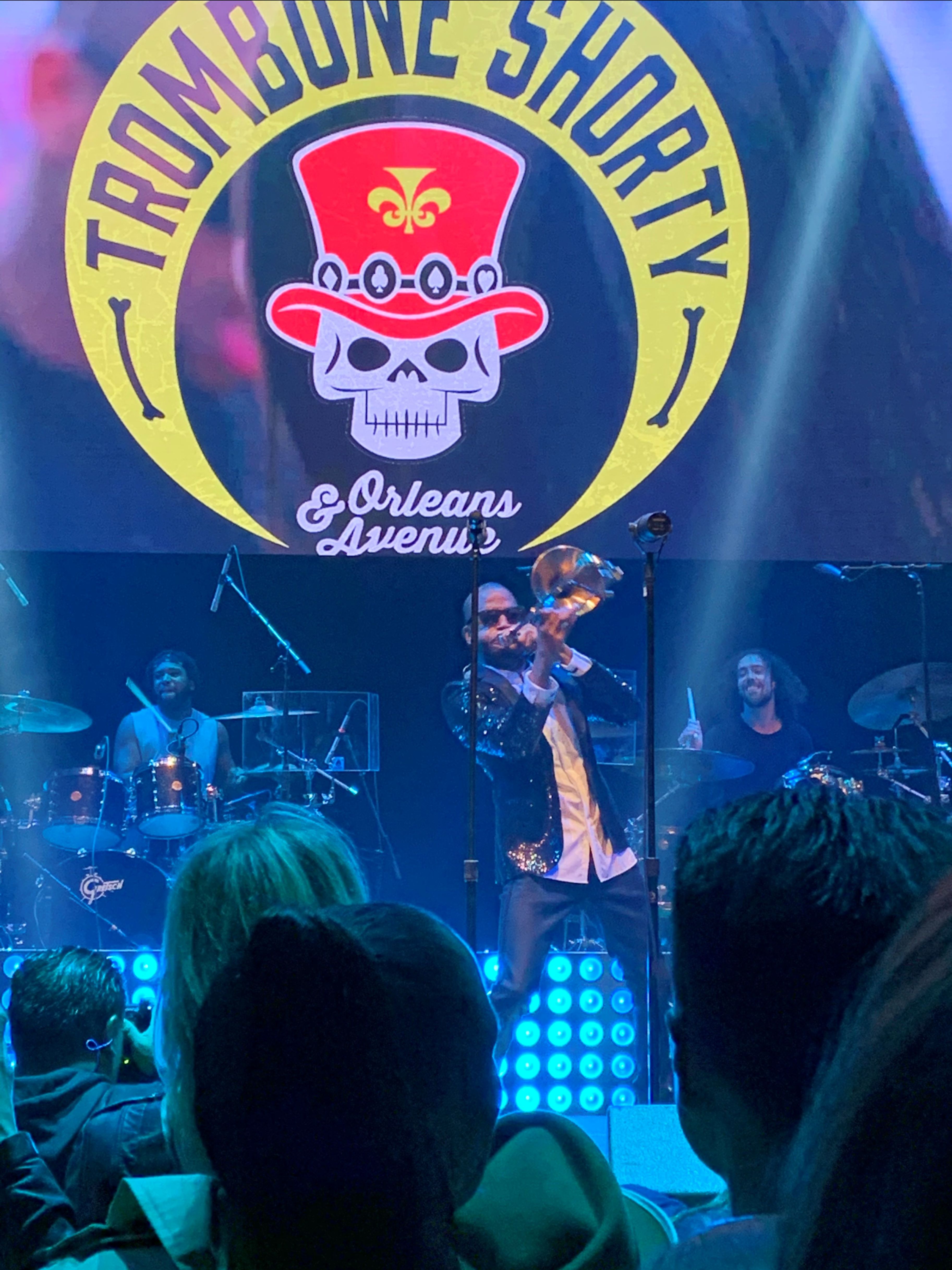 There is a face mask shortage in Asia due to the Corona Virus (we refuse to mar the small Arizona company, Covid, with WHO’s made-up moniker—the beer company can handle it) but not a soap shortage despite the fact medical professionals tell us the most important thing we can do to avoid Corona, or any virus, is to wash our hands diligently. But what if you don’t have the ability to wash your hands? This is unfortunately the case for too many people in Sub-Saharan Africa. According to the World Bank, “In 42 countries, less than half of the population have basic handwashing facilities with soap and water in their homes. The countries with low access are concentrated in Sub-Saharan Africa.” Access to handwashing facilities is part of the U.N.’s Sustainable Development Goals for a reason. There is much concern about Corona spreading to Africa because of its lack of health care infrastructure. But lack of basic handwashing facilities should also be a big concern. 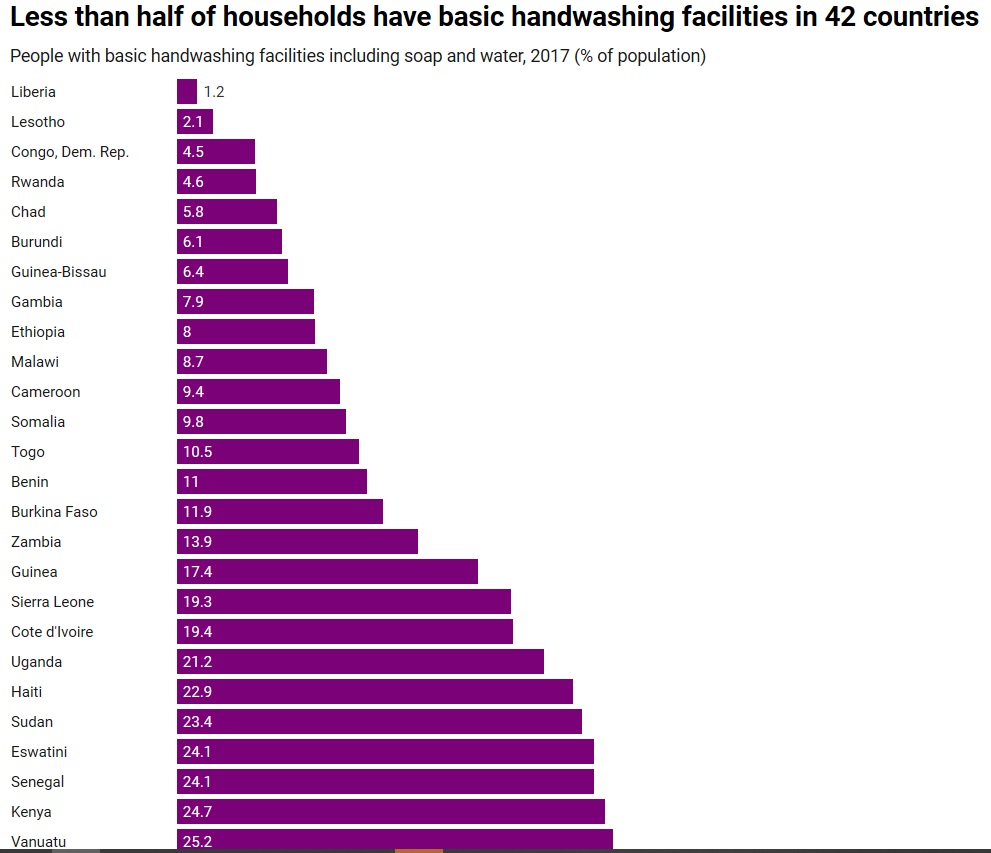 Let’s pull up a stool and make a bar bet (maybe at Napoleon House in NOLA,  for a Pimm’s Cup): which language has the most speakers in the world? If you said Mandarin, you owe me a drink. But don’t feel bad, that’s what I would have guessed too until I read Visual Capitalist’s graphic of the “100 Most Spoken Languages Around the World. (original source: Word Tips)” But there’s a catch. There are 1.132 billion English speakers around the world, more than the 1.116 billion Mandarin speakers, but only 379 million of those English-speaking people are native speakers (including certain Bostonians). But because English is now the Lingua Franca of the world, English is the second-language for a heckuva lotta people. If we’re just counting native speakers, than Mandarin is indeed the most spoken language in the world with Spanish second and English third. The full list is below, only in English.  What will this list look like in 2120 (should there still be spoken languages–by then everything may be communicated in emojis)?

India, one of the most important countries in the world, has been going in the wrong direction politically recently–you have probably seen the news about Modi’s citizenship law. But economically things are going south too. Good chance the two are related. India’s economy is in a rather severe slowdown as a paper at Harvard’s Center for International Development documents. GDP is growing at a much slower pace but the paper says the underlying data is even worse: “The growth of consumer goods production has virtually ground to a halt; production of investment goods is falling. Indicators of exports, imports, and government revenues are all close to negative territory.” What is causing the economic slowdown? Harvard’s paper suggests it is a complicated balance sheet recession coming at the end of a credit boom. We don’t know if credit petering out in India is a problem, but if it is then there’s a lot of credit relying countries in the world that may be in for a rude awakening soon. Good times. 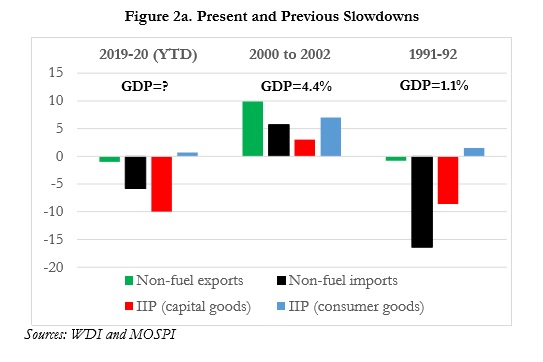 Bad News on Hunger, Branding Our World, and Homelessness Around the World No Excuse for Not Liberalizing, Cancer Deaths Decreasing, and Mecca Rapper is...
Scroll to top