“…the vast stretches of the unknown and the unanswered and the unfinished still far outstrip our collective comprehension.”–JFK

The documentary Apollo 11 is the perfect movie for our lock-down. Tired of the four-walls of your quarantine abode? Apollo 11 shows striking new footage and sound of the mission that first brought humans to another land outside of earth, some 252,000 miles from our apartments, houses and condos. Despairing of our unambitious times focused so closely on power politics rather than on what should be the grand aspirations of the only species able to reason and analyze? Witness an eight-year mission that brought three humans to the moon, utilizing math, engineering and any number of other tools to understand the universe around us. Apollo 11 is quite simply one of the best, most important movies we’ve seen over the last ten years. At one point during the film, Buzz Aldrin turns on an old portable cassette player that plays John Stewart’s Mother Country as it tumbles end over end in zero gravity while Aldrin, Neil Armstrong and Michael Collins hurtle home towards earth, mission almost accomplished. How did NASA, America, the world accomplish this great feat? John Stewart sings, “When a century was born and a century had died; And about these ‘good old days’, the old lady replied; Why they were just a lot of people doing the best they could; Just a lot of people doing the best they could.” And we do the best we can to explain China’s new expansionist ways, the India-China border dispute and how Ghana is successfully containing Covid-19. It’s this week’s International Need to Know, shedding a tear of freedom for Hong Kong as we bring you our moonlit world. 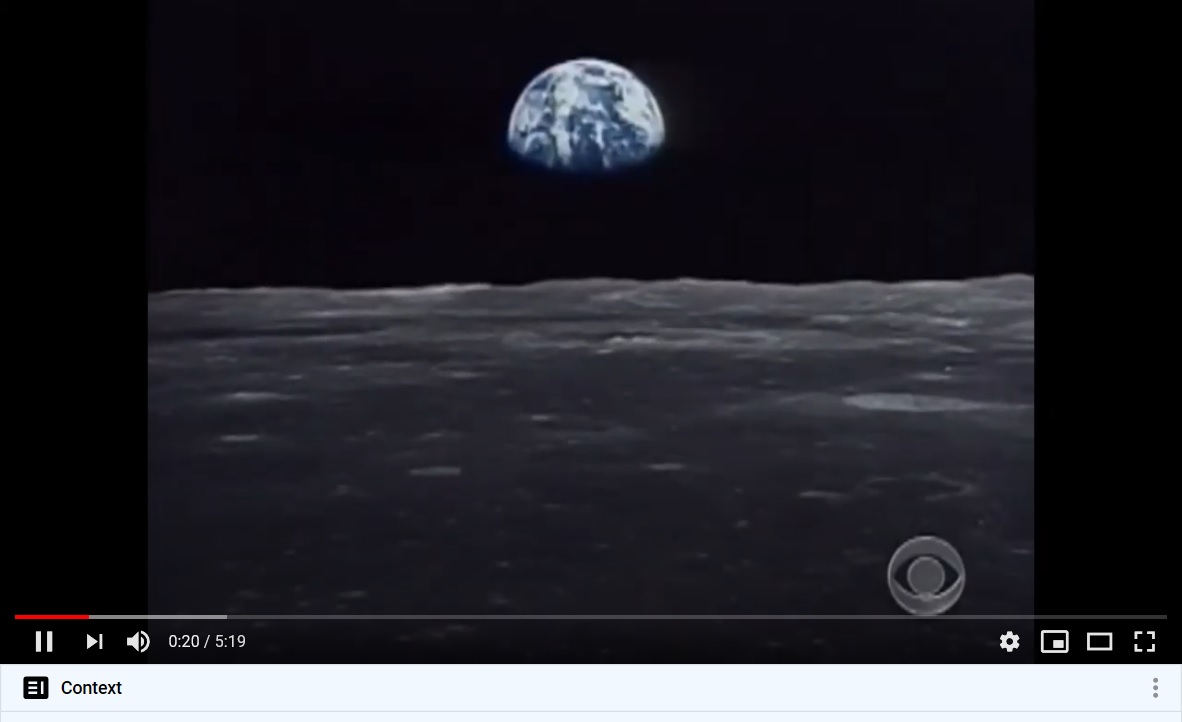 China is an Expansionist Power

One of the themes of our upcoming book China Challenges is that China is increasingly expansionist. We expect to receive push back for this assertion since other than a few places such as the South China Sea and tiny parts of India (see below), China is not particularly so geographically. But China has become expansionist in recent years in any number of ways, including in transforming global institutions and online platforms. This week, for instance, comes news from The Verge that “YouTube is automatically deleting comments that contain certain Chinese-language phrases related to criticism of the country’s ruling Communist Party (CCP).” Youtube claims this was done in error but the problem had been raised with them as long ago as October 2019. Now that it is getting attention in the media, Youtube claims to be fixing the problem. As The Verge points out, it’s a little odd for an online platform blocked in China to be worried about criticisms of China’s authoritarian government. But China’s heavy handed tactics to get businesses to adhere to their ways, norms and messages have been effective, even on companies banned in China. China increasingly attempts to change the world to make the world safe for authoritarianism. Thus one of the reasons why we wrote China Challenges.

Last Minute Hong Kong Update: Hong Kong is one of my favorite cities in the world and what is happening there this week is sickening. What to do about Hong Kong is a difficult question to answer and there will rightly be much debate about it. But there should be no debate about Beijing’s stifling of freedom there. Arresting children, tear gassing people expressing free speech and generally terrorizing a population is wrong and every free country should plainly say so. 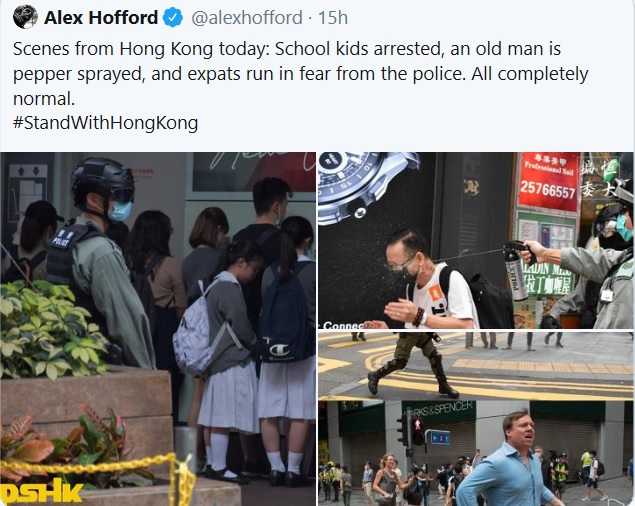 We once forgot our passport on a wedding anniversary trip to Vancouver, B.C. We managed to talk our way into Canada but were given hell by U.S. authorities on our way back. India would like to do the same to China who they view as illegally entering their territory. You may remember that three years ago we alerted you to a border dispute between India and China. Until last week, all was somewhat quiet on the China-India front. But now the two nuclear-armed, most populous countries in the world are at it again with varying reports of China crossing into Indian territory. We cannot offer any special insights into what is actually happening in this disputed area but fortunately Dhuruva Jaishankar lists five questions we should ask as we read these troubling reports: 1) What is the source of the information—he says there are only three: Indian military, Chinese officials and independent geospatial imagery. 2) In what sector is the stand-off taking place? He describes the sectors and how they are being conflated in reports. 3) Is a third country involved? It gets more complicated if Myanmar, Pakistan and others are involved. 4) On whose side of the Line of Actual Control (LAC) are developments taking place in? The geography of LAC is ambiguous, Jaishankar asserts. And 5) “Is either side making changes to the territorial status quo?” There is more than enough to worry about without India and China playing games on the border, but this is 2020—we deal with the year we have, not the one we wish for. 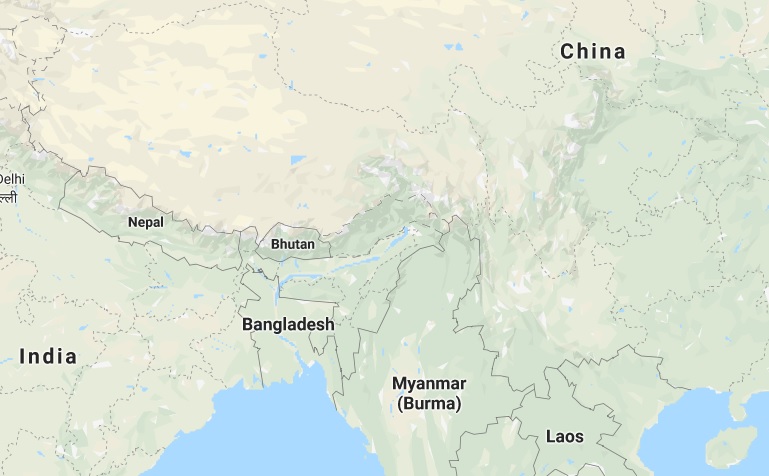 We Need to Talk About Ghana

We’re not a fan of royalty, as any red-blooded American should be, and have always been confused by those transfixed by Kate, William, or whatever are the names of those publicly-funded gadabouts over across the pond. But we always had a soft spot for Nana, the Ghanaian tribal chief we occasionally worked with in Seattle. And we are pleased to see Ghana doing well thus far in containing Covid-19. As you see in the charts below, their deaths per million is much lower than most developed countries and they bent the curve far earlier. One of the ways they did this was by using pooled testing. You can read an interesting breakdown of how Ghana does its pooled testing here (Pooled testing appears to be how Wuhan tested 7 million people over the last 10 days). Pooled testing has allowed Ghana to test many more of its citizens than other parts of Africa: “The Africa Centers for Disease Control (Africa CDC), the lead continental agency coordinating the regional Covid-19 response, in its 23rd April situation report, gave the total number of tests conducted on the continent as 415,000, of which Ghana alone was responsible for at least a sixth.” Ghana is somewhat underrated in recent years. Its economy has grown at more than 6 percent, there have been some political reforms and now it is competently dealing with Covid-19, without the resources of developed countries. Keep an eye on Ghana during and after the pandemic. 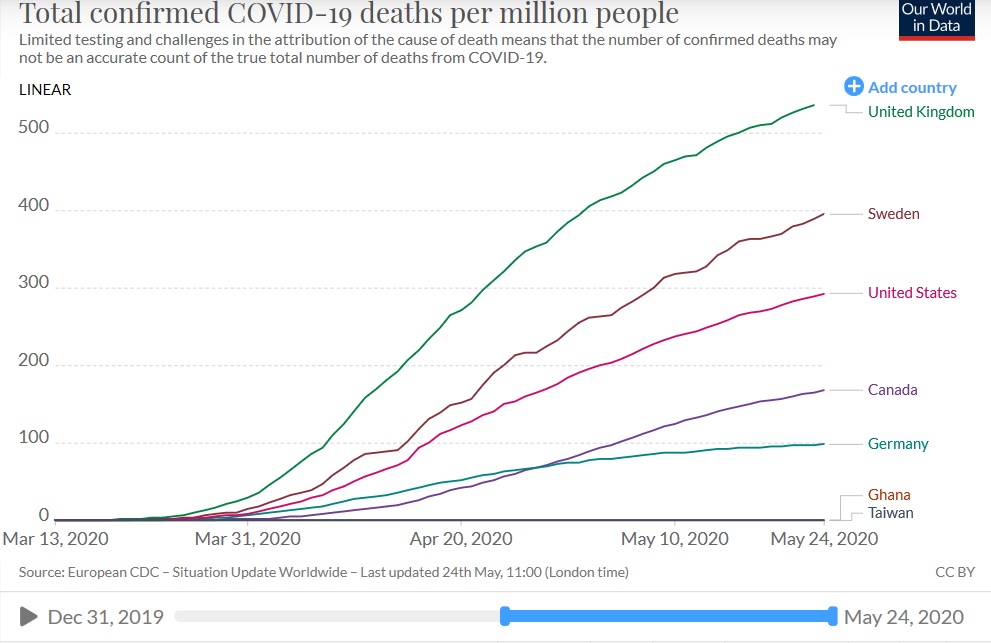 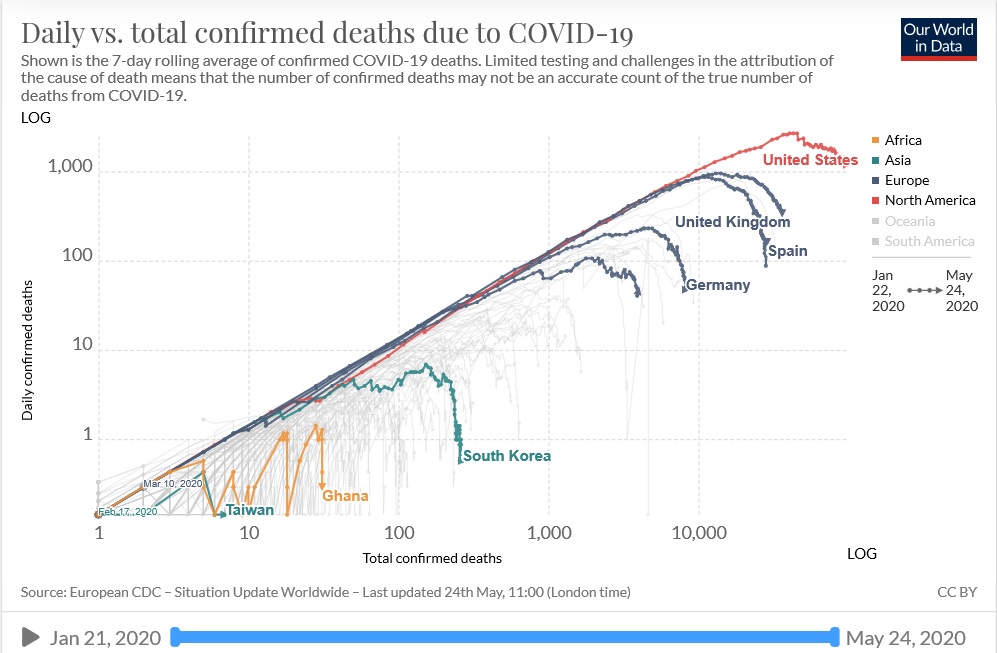 We Need To Talk about South Asia, The Ascent of Solar, & Gait Walking ... We’re All in This Together, We Need to Talk about Sweden 3 and Shorter...
Scroll to top