Economics in the Age of Covid, Japan Running Out of Credit Cards, and Peaceful, Protectionist Women

Some six years ago in New Orleans, we walked up the steps of a weathered house just a few blocks from Congo Square, from where much of American modern music was born. As we opened the door to the house, whose downstairs rooms functioned as a museum for Mardi Gras Indians suits, second line parade memorabilia, photos and more, we were transported to another world by the founder, owner and that day tour guide, Sylvester Francis. The museum itself is fantastic—you examine up-close the hand stitched, intricate bead work of Mardi Gras Indians from many yesterdays ago. You learn about the social aid and pleasure clubs of New Orleans, see photos of old Jazz Funerals and more.

But the real museum is Sylvester himself. We always advised people when traveling to New Orleans to go to his Backstreet Cultural Museum but also to make sure to strike up a conversation with Sylvester and ask him questions. Because he will answer you with an astonishing array of stories about New Orleans, his life experiences, old-time musicians and more. And, if you were there during Jazz Fest, as we were, he’ll give you a key secret for how to best attend that remarkable musical festival. Mr. Francis died this week after a long illness. The Backstreet Cultural Museum remains and you should seek it out, but to paraphrase that old African proverb, one that was perhaps spoken by the slaves who danced and sung in the one place they were allowed to congregate a few blocks away in Congo Square, a museum burned to the ground this week. RIP Sylvester. As we form a second line in honor of Sylvester (and John Thompson–more about him in a future issue), we sing a dirge to the world economy, throw a handkerchief at Japan running out of credit cards, and blow our horn at assertions women are more protectionist. It’s this week’s International Need to Know, unlike James Harden, clean-shaven and always clutch when it comes to international information and data.

Other unavoidable domestic obligations take us away from our international duties next week. We’ll be back on September 15th

Economics In The Age of Covid

Towards the beginning of the pandemic we noted we are all in this together, that a country’s economy will not thrive unless the world handles the pandemic well. That continues to be true today. Some countries’ economies are doing better than others but all are doing badly. Trinh Nguyen, senior economist at Natxis, breaks it down in the chart below. Note that one of our favorite countries, Vietnam, is doing the best. Its remarkable success at containing the virus also results in a better (though not good) economy than other countries. Leaders of countries who are not taking the virus seriously and want to be reelected might want to study this chart. Note that Taiwan is number two. China is high up on the chart but it is very likely their official GDP growth numbers resemble our claims of winning the axe-throwing contest organized by the late, great Rob Waibel—much exaggerated and provably wrong. Of course, in addition to good policies to control Covid-19, there is undoubtedly some good luck and yet to be understood factors involved. Nonetheless, to rebuild our economies the world must confront the virus together, which is a problem since our world is very much divided and global institutions under attack by the U.S. and China.

Japan Running Out of Credit Cards?

Many, many years ago, we walked into the office and watched our colleague carefully entering a bunch of numbers by hand into a legal-size ledger book. We asked what she was doing. It turns out she had dozens of credit cards and was trying to keep track of how much she spent on all of them. She was trying to control her spending but because she had her credit card numbers memorized it made it too easy for her to spend money. So, she would sign up for even more credit cards whose numbers she didn’t have memorized. Needless to say, this system did not end well. It’s a good thing she does not currently live in Japan because they are running out of credit card numbers due to the Covid-19 pandemic. It turns out, according to an article in The Guardian, that Japan’s government earlier this year encouraged its citizens to eschew cash through a variety of incentives. Previously many Japanese, especially the elderly (who are abundant in Japan), mostly used cash. Japanese responded in such a big way to the urging and incentives of their government that now “The country’s credit card companies are struggling to come up with original 16-digit numbers as consumers eschew regular shop visits and opt for plastic over hard cash.” Just as with our colleague many years ago, none of this makes sense to us since we presume credit card use is far more prevalent in America whose population is far larger than Japan’s and we have not run out of numbers. Who out there can solve this conundrum for us? 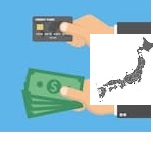 If only women were in charge there would be less wars. We’ve have heard that line many times during our life. It turns out there are some academic studies backing up the claim as described by professor of international relations Paul Poast in this Twitter thread. But, it turns out, women are also more protectionist, something we were unaware of. Again, this is based both on surveys and analysis of countries before and after universal suffrage. We’re a bit busy at the moment so haven’t taken the time to read the various research papers Poast references in his threads. When writing our book on China, we researched some assertions of Poast on human rights based on academic research papers he cited. Those papers were not convincing and used unreliable data. So, we advise you to take this protectionist theory with a dose of free trade salt. But, if it is true and if the assertion is accurate that women are more peaceful, Poast is correct that it has “profound implications for international politics, implications worth keeping in mind as we enter the next 100 years of women’s suffrage.”

Who Has the Most Police, Asian Supply Chain Alliance, and Three Gorges Dam is... EU Vs US Covid Rates, China’s Challenging Demographics, and India Vs....
Scroll to top