On my bike ride I hear the familiar “ding ding ding” of someone politely alerting me they are about to pass. I’m immediately, instinctively indignant, the competitor in me aghast that someone might be a faster rider. But increasingly what is passing me is a motorized vehicle of one sort or another. Sometimes it’s the newly conventional scooter or electric bike that we’ve all seen for rent in cities. But often it is some more exotic vehicle I’ve never seen before, a Dr. Seuss-like variety of motorized vehicles like the Go Dog Go panoply in a tree or One Fish Green Fish Two Fish in the water: small vehicles, large ones, two-wheels, one wheel, four too, all motorized, all apparently real.

We’ve seen a motorized skateboard and a scooter-like vehicle sans the steering column and handlebars. We saw a device that is essentially two wheels that the rider/driver somehow balances on, but also saw a motorized mechanism that has only one big wheel that the rider’s legs must straddle. And they are all fast—obviously, since they are somehow passing my Olympic-like pedaling on my old fashioned, human-powered bicycle. But seriously, they appear to be going 25 – 30 mph, which seems—and this is where we come across as an out-of-it old man (not the first time this week!)—incredibly dangerous. Granted many of the people commanding these new modes of transportation are armed with helmets, knee pads and other protective garments, but not all. And even the protected might come out on the wrong end of a medical gurney if in an accident at those elevated speeds.

Will this seeming revolution in motorized uni-transportation continue and in the future we will hear a “ding ding ding” from above as motorized vehicles take to the air? By then we may look like the witch in the Wizard of Oz, peddling, huffing and puffing and yelling “my little prettys.” In the meantime we ride across an emptying East Asia, parallel park a data-driven car, and veer out of the way of China’s National Security Law. It’s this week’s International Need to Know, the Dillon Thomas and Dylan Thomas of must-have international information and data.

The Emptying of East Asia

You probably saw the news that China is now allowing women to have up to three babies in an attempt to reverse their imminent (already occurring?) population decline.* But you may not know that Taiwan, John Cena’s favorite country, last year became the third East Asian nation to experience a shrinking population, joining South Korea and Japan. For the first time, more people are dying in Taiwan than being born. It’s due to startlingly low birth rates. As an article in the Japan Times notes, “In 1951, the average Taiwanese woman gave birth to seven children. Now that figure is one.” Rapidly declining birth rates is a worldwide phenomenon with mostly only African countries not facing imminent demographic decline. Aging societies will have profound consequences on what our world looks and acts like (an entire world of south Florida is a frightening prospect). We predict that even though immigrants are often castigated around the world today, in the future there will be increasingly keen competition to attract immigrants into countries to counter demographic decline. A future Kamala Harris will be begging these people to come to America as will leaders of other countries. 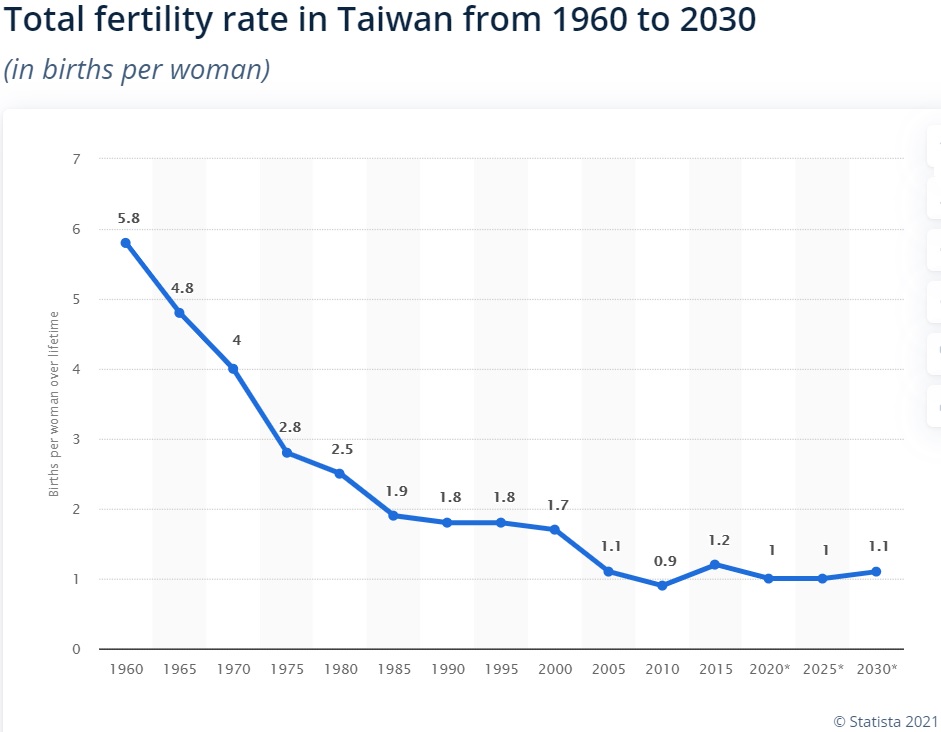 *It says something about a government that it believes it has the right to tell a woman how many children she can have. Expect even more draconian, intrusive measures by China’s government in the months and years to come, including perhaps a ban on abortion.

Your Car As Data Collector

We were an early, over-optimistic prophet of autonomous vehicles. In addition to being wrong about how soon they would be commercialized, we also did not anticipate challenges such as what to do about the vast amounts of data they collect. Autonomous cars collect terabytes of information as they learn iteratively from their driving experience. Of course, that data includes where you go, mobility patterns, where you shop, and much more. Your car increasingly will know a lot about you, as will the people who collect and access the data.. Both the EU and China have regulations for control of the data. In China’s case, its rules require foreign automakers to store the data within China. This data is very valuable as it turns out. According to a Marco Polo analysis of KPMG data, in 2015, 41% of the value of a car to automakers came from the sale of the car. That will decrease to 29% by 2030. Increasingly automakers will derive revenue from the data they collect. Unless, of course, regulations prevent that. The new transportation world is rife with questions about privacy, who controls what revenue and more. The good news is that very quickly a majority of cars sold will be electric (we are confident this is not an overly optimistic projection) so as we deal with these thorny issues at least we won’t be contributing as much to climate change. 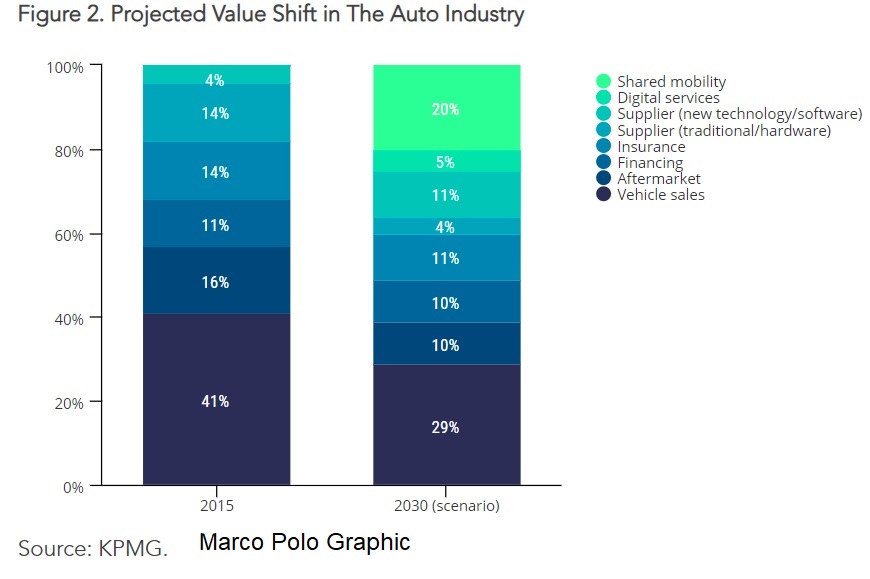 During presentations on our book, we usually mention China’s crackdown on Hong Kong, including instituting the National Security Law (NSL) which makes it illegal to “endanger national security.” In practice that means one cannot speak up about freedom and democracy or make any hint of criticism of China’s government. The National Security Law applies, so says the law itself, both inside and outside of China. We joke during our presentations that our talks are likely breaking the law. But, China’s extraterritorial reach is no laughing matter. The NSL was recently used by China to coerce the Israeli website-builder company, WIX, to take down a website created by Hong Kong freedom activists. The NSL was invoked when telling WIX to do this. Nathan Law, a Hong Kong activist now in exile in London, protested to WIX. To its credit, a few days later WIX restored the website, claiming the website had been taken down by accident. Just to be clear, we will continue to talk about China’s oppression of Hong Kong, NSL or no. Hope you all will too.