End of the Pandemic, Squinting at Squid Game and China’s Complicated Environment

Like an ocean tide with ADHD, the pandemic ebbs and flows somewhat unpredictably. But for those of us fully vaccinated, we slowly resume more normal activities, including our first group work dinner earlier this week with some Vietnamese officials. The restaurant we gathered in checked both our vaccination card and our photo ID to ensure we weren’t faking our vaccination card like a 19-year-old at Capitol Market’s beer aisle in Salem, Oregon during college (hypothetically speaking since we were above reproach in our university days) for which they should be tipped handsomely. Our Vietnamese guests were a joy to engage with, as is Vietnam, which is still in our reckoning one of the five most important countries in the world.

The leader of the delegation gave enlightening remarks about not just how far Vietnam has come over the decades but so too the U.S.–Vietnam relationship. The U.S. and Vietnam are essentially allies now, drawn together by a Challenging China and economic interests. The U.S.-Vietnam war is nearly half a century in the rearview mirror—the tide has long since swept most of its jetsam into the ocean, at least in Vietnam where most of the population wasn’t even born at war’s end. Attendees at the dinner included not only American companies hoping to sell to and invest in Vietnam but also a Vietnam company that has invested here in the Seattle area. Yes, Vietnam is now successful enough that it is investing overseas. The world moves on, its tides sometimes fickle, but always, washing away stagnant, status quo thinking. And so, we see the end of the pandemic, understand South Korea’s “inequality” problem better and grapple with China’s complex environmental/clean energy world. It’s this week’s International Need to Know, knocking down threes on international information and data like a Curry brother in the NBA.

The End of the Pandemic

Like so many headlines, whether written by the professionals or, well, us, the one above is misleading. The pandemic is not over, but we can see the end from where we sit. And that’s because of the announcement that Pfizer’s oral antiviral treatment for Covid showed remarkable success in a double-blind study of non-hospitalized patients. Perhaps it’s because the announcement came on a Friday, or more likely because increasingly news organizations think politics is the only information that warrants attention nowadays, but this Covid treatment NEWS has not received nearly the attention that it should have. First, let’s repeat the basic facts coming out of the study as explained by Derek Lowe, the trial “showed an 89% reduction in hospitalization or death when the drug was given to high-risk patients within 3 days of symptom onset, and 85% reduction when given within 5 days. There have, in fact, been no deaths at all in the treatment groups after 28-day follow-up.” We now have effective vaccines, if we can only get them into arms, both of those who currently don’t have access to them and of those with weak minds. And, we have an effective treatment in, as Lowe notes, “as fast as you could possibly expect a new, targeted small-molecule drug to ever be developed.” Now, once the drug is approved, and we hope the FDA doesn’t take two years to do so, we have to ramp up manufacturing of the treatment and distribute it all over the world. This, of course, is where things could go wrong. Politicians in America and elsewhere have not been overly helpful in spending money to help people everywhere. Pfizer has agreed to provide equitable access to the new treatment. Let’s make sure they are paid handsomely for this breakthrough so as to encourage future work even as we subsidize the cost for populations around the world. It will end the pandemic, after all, saving lives, fixing economies and reducing social upheaval. Now that’s some news worth covering 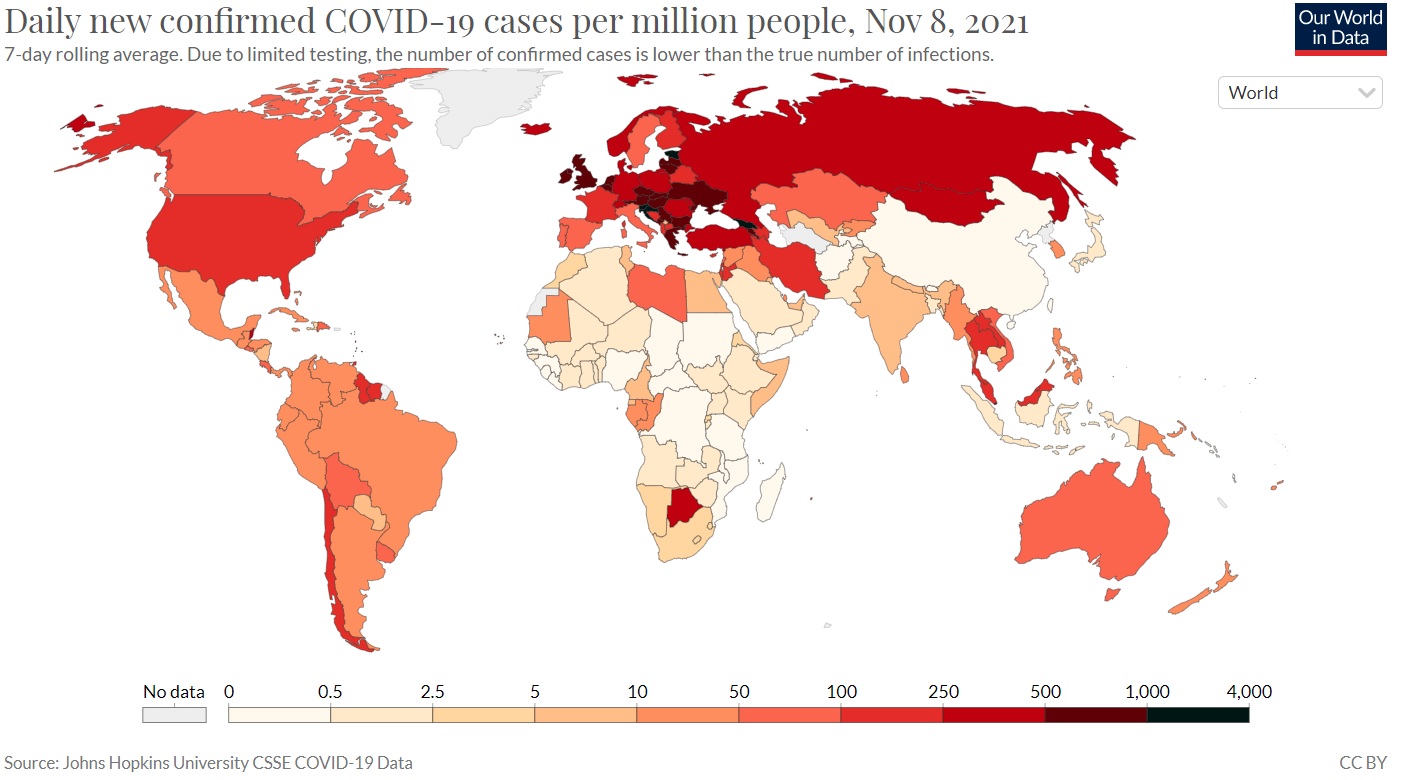 We’re late to the game but we just started watching Squid Game, yet another South Korean dramatization of inequality. Ever since watching Parasite a few years ago, we’ve wondered about South Korean artists’ fixation on inequality in their country. After all, South Korea has seen remarkable economic and social success over the years and is not obviously more unequal than many countries. So why the artistic obsession? A new article helps us understand the situation better. Twitter account Ask a Korean explains an article by Prof. ChangHwan Kim at the University of Kansas (article is in Korean): “From 2011 to 2019, basically every income decile saw an increase of ~3.5% in household income. But the bottom 10% only saw 0.63% increase. If you consider inflation, they have earned less money.” Essentially every income grouping of people is improving in South Korea except for the lowest level, the very poor. For the poorest of the poor, things have gotten worse and life is indeed very grim. Perhaps South Korea’s challenge is not so much about inequality but instead a safety net through which the extreme poor are falling through. As Ask a Korean puts it, “the issue is not exactly about inequality. Taken as a whole, South Korean society became less unequal in the 2010s. The middle class income grew faster than the upper class. Even the poor overall benefited. It’s just that there’s cliff at the bottom 10%.” South Korea is a remarkable success story with better economic growth and less inequality, than, for example, China, all accomplished in a liberalized, democratic society. However, it appears they need better policies to help the lowest rung of society. 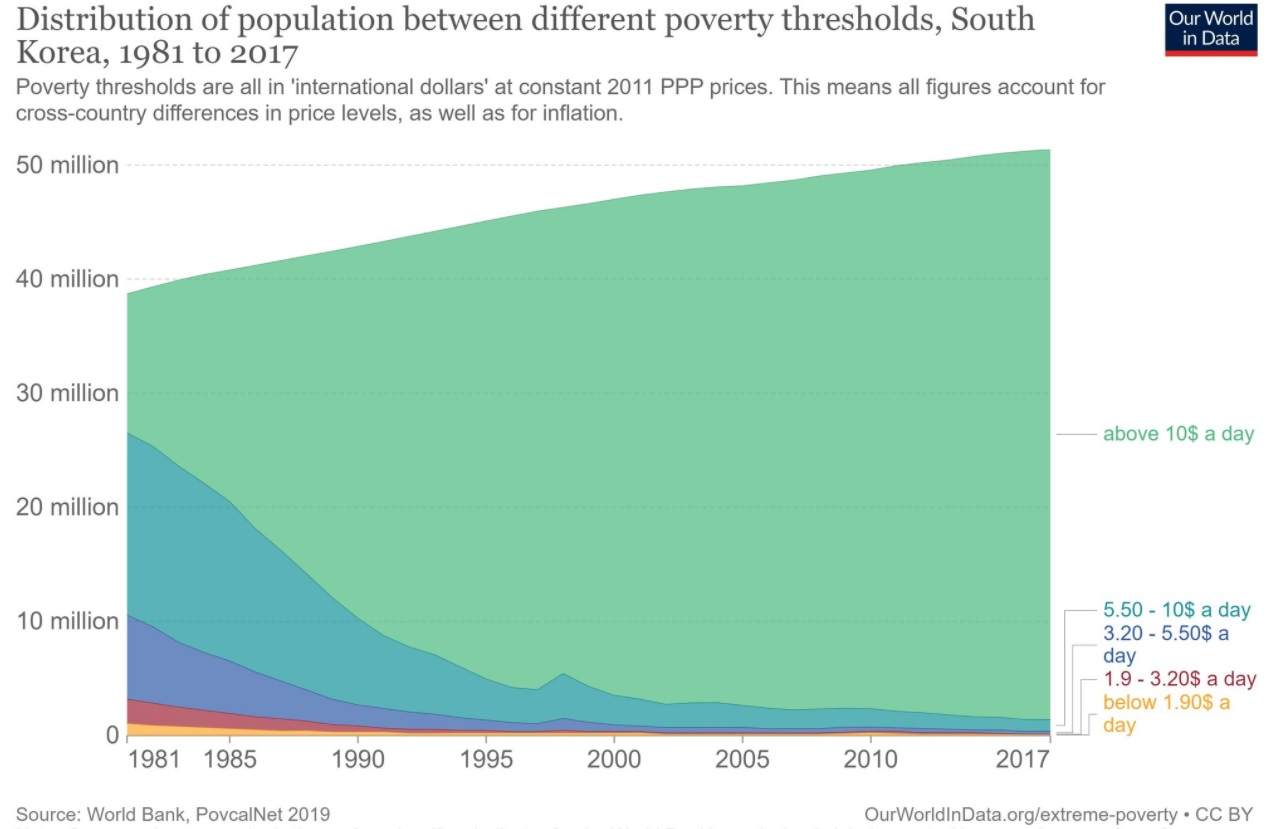 The world, its challenges, solutions and circumstances are complicated. We were reminded of this by the COP26 Climate Change meetings. China’s leaders were not physically there but they hovered over the meetings like smoke from one of the coal factories powering China’s economic rise. Yes, China is by far the largest emitter of greenhouse gases in the world, but it is also the largest generator of clean energy in the world. It is also increasingly a leader in the manufacture of electric vehicles as you see in the second chart below. But those electric vehicles don’t do much good if the power is generated by fossil fuels as is still mostly true in China. Rather than countries committing to future emissions goals, the leaders and experts gathered in Glasgow would have better spent their time committing funds for research and development into clean technology and adopting policies that would allow for wide-scale adoption of such technologies out of the fruits of such R&D. We are happy to host a meeting focused on those goals at our favorite beer joint—Chuck’s Hop Shop in north Seattle. The location will be less fancy, but the beer is as good or better than Scottish ale and the planning more effective.

Last Minute Addition: Lots of headlines today about the coordinated U.S.-China statements to work together on climate change. There is very little new in the statements, which merely repeat past pledges. We invite John Kerry and Xie Zhenhua to Chuck’s where over a Belgian Trappistes Rochefort 8 we’ll work out the details of my proposal from Challenging China to fund R&D. 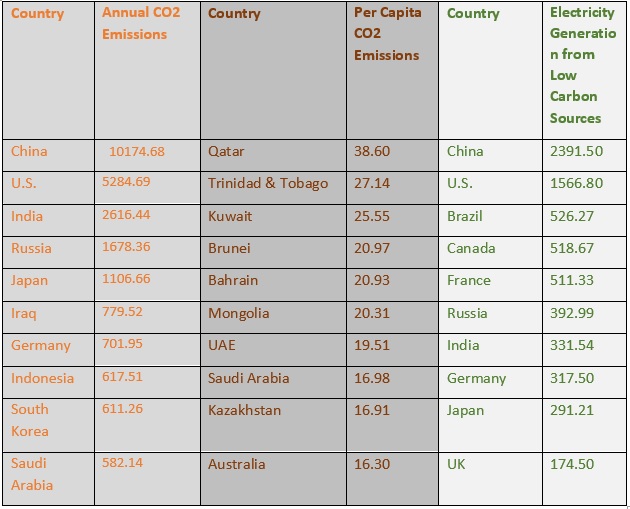 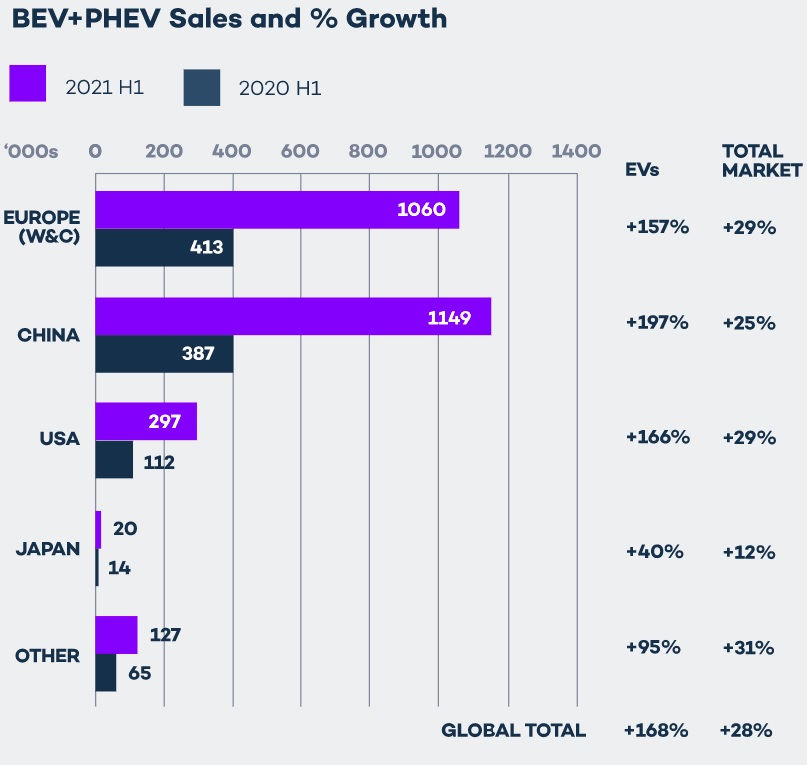 Bonus Chart: Is Inflation Due to Supply Chains or National Policies? 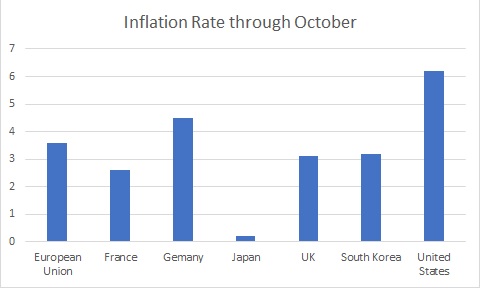 A Nation of Nincompoops, Fore!, and China’s AI Military The Thread is Thicker, Educational Improvements and China’s Green Bil...
Scroll to top