A Nation of Nincompoops, Fore!, and China’s AI Military

It had probably been well over a decade since we’ve had a high fever, but in 2021, we’ve well surpassed ninety-eight point six three times. The first two were from the Pfizer Covid vaccine and most recently earlier this week from the shingles vaccine. We’re very grateful for these miracle drugs but wish our body wasn’t quite so wimpy about them. While laid up with the effects of the vaccine, we read about half of Red Roulette, Desmond Shrum’s remarkable memoir about navigating corruption, power and money (which tend to go together) in 2000s China. Shrum eventually left China but his ex-wife disappeared for four years, apparently held by the authorities on corruption charges related to the billions she and Shrum made during the gangbuster decade. As we read the book in our fevered-dream-state, we couldn’t help but hear Ray Liotta’s voice from Goodfellas as a surrogate for Shrum’s voice, “As far back as I can remember, I always wanted to be a gangster.” Lines in the book, with just a little tweaking, could have come straight from the movie: Guess which line below belongs to Red Roulette and which belongs to Goodfellas:

“With the right plates, you could cruise down the bus-only lane, drive on sidewalks, make an illegal U-turn, run a red light, and park in a no-parking zone near a favored restaurant.”

Shrum, like the source material for Goodfellas, is not always a reliable narrator. He claims a rags to riches story but he actually comes from a fairly well-off family. He always seems to be corruption-adjacent but claims he himself is never the problem. He paints his ex-wife as greedy, as well as the Chinese officials he’s working with, but his motivation for making huge sums of money, he claims, “is to do something extraordinary in China.” And yet, as we continued reading, we heard another Scorsese character, Jordan Belfort, from The Wolf of Wall Street, “At least as a rich man when I have to face my problems I show up at the back of a limo wearing a $2,000 suit and a $40,000 gold ***ing watch.” While we wait for a Chinese Martin Scorsese to turn Red Roulette into a pulsating cinema extravaganza we’re your reliable narrator on world vaccine rates, what an Asia Golf Tour really means and China’s military applications of artificial intelligence. It’s this week’s International Need to Know, the truthful Green Bay Packers quarterback of international information and data.

A Nation of Nincompoops?

We serve on the board of an organization with companies drawn from the transportation/logistics sector. We were scheduled for our monthly meeting last week which takes place in a banquet room of a restaurant. Said restaurant informed the organization’s executive director that the new vaccine mandate of Washington state was now in effect and attendees would have to show proof of vaccination to enter the restaurant. The executive director sent an email to board members reminding all of us of this very reasonable health measure. Three board members said they were not vaccinated and took it upon themselves to move the Board meeting to a company’s conference room so that they could join the board meeting. At such board meeting, we reminded them that few industries have been impacted by the pandemic as much as the transportation and logistics industry. And, so, we asked, why would we actively enable non-vaccinated people, who perpetuate the pandemic on its merry little way, the virus not caring a whit about people’s concerns over vaccinations. We were roundly dismissed like a former friend of Aaron Rodgers. With that peeved preamble we present below the top 20 countries for vaccinating their people (cumulative per 100 people). Our underrated country, Chile, is number four and Israel is number five. Eagle-eyed readers will note the United States is not in the top 20. In fact, we could put the top 40 in the chart and the U.S. would still be absent. Or even the top 60. The U.S. comes in at 63rd. Most countries behind the U.S. are there because of lack of access to vaccines, not unwillingness to take them. Madame Chair, I would like to make a motion regarding vaccinations. 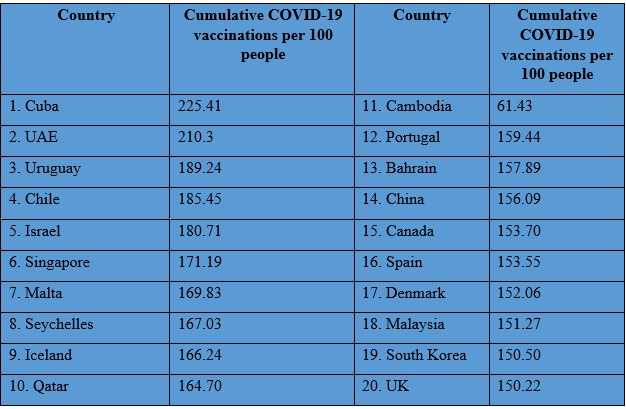 Other than the miniature version, we have not golfed in about a decade. It’s possible we may take it up in retirement though the future we are told is hard to predict. So we read the article about Greg Norman’s Saudi Arabian-backed new Asia Golf Tour not from a sporting angle but from an international one. Put aside Norman’s shark-like approach in working with journalist-murdering Saudi Arabian Crown Prince Mohammed bin Salman, and ignore whether this venture will actually pan out (we expect Norman to choke in developing this tour like he did on the greens of the Masters), it is almost certain at some point there will be a successful Asia golf tour. In fact, we more or less guarantee that the Asia Tour will at some point this century become more important than the current tour. Basketball and other sports leagues will likely too. Why? Because a lot more people live in Asia than in America. And, their economies are increasingly more important as well. Total GDP is much larger than America’s and as their incomes increase more Asians will play and watch sports (or, we suppose, esports). This will be a very difficult adjustment for many Americans when America’s best athletes play over in Asia rather than here, and we have to adjust to watching at times conducive to their time zones rather than ours. Perhaps, if we are honest, at least in terms of basketball, this will be difficult for us, too. Never mind trade, military or other factors, it’s the rest of the world’s increasing sports dominance that will finally wake up America to the rest of the world. 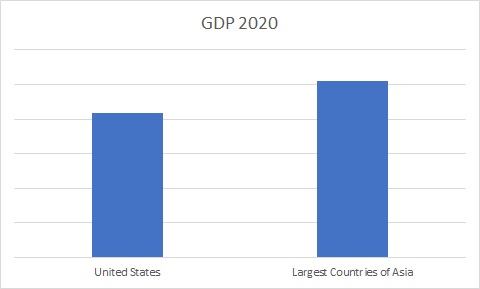 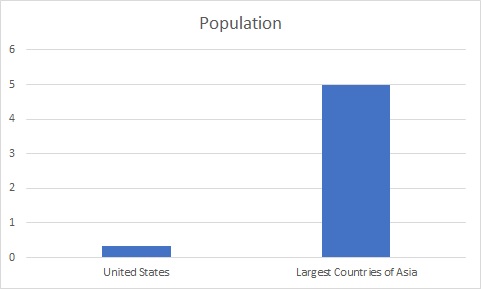 Hypersonic missiles. Incursions into Taiwan’s Air Defense Zone. China’s military antics have been in the news recently. We think ultimately that economics and other factors will play a bigger factor in the Competition of Competence between China and the United States (and the rest of the world) but military might is important, especially in regards to 23 million people living a short sea strait away. So we read with interest the new report “How the Chinese Military is Adopting Artificial Intelligence” from the Center for Security and Emerging Technology. Cleverly they analyzed 66,000 purchasing records of the People’s Liberation Army (who knew this kind of stuff was public record?) with the idea that what you buy is what you are (Amazon knows us inside and out). They found that the PLA is “buying AI systems designed to identify undersea vehicles, wargame Taiwan operations, track U.S. Navy ships, and deploy electronic countermeasures, among other tasks.” They also found that U.S. firms supplied a fair amount of the technology that is used by the PLA in their AI ventures. Preventing such transfers is likely to be difficult to prevent, however. The report also notes that China and the U.S. are spending about the same amount currently on military AI. At some point, AI will determine how much we spend on AI—then both China and the U.S. will be trouble. 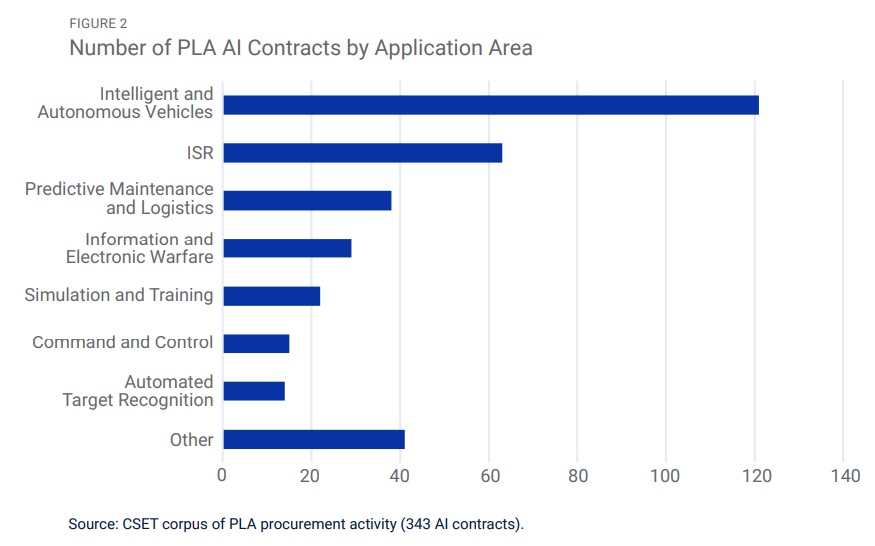 Change Coming, Manufactured Outrage, and is Xi a Cat? End of the Pandemic, Squinting at Squid Game and China’s Complicated ...
Scroll to top